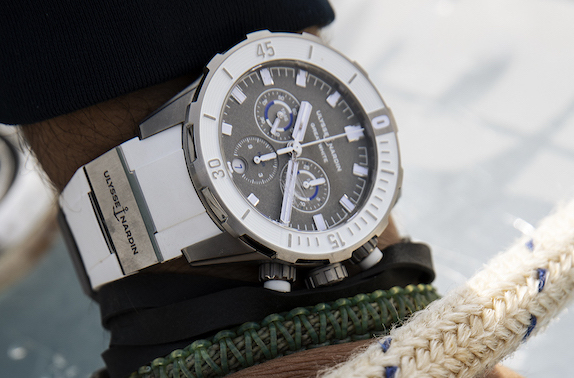 The new watch is the latest of the Le Locle-based watchmaker’s extensive collection of shark-themed models.

Ulysse Nardin launched its first such line in 2010 with the Diver Hammerhead and has added several shark-themed watches since that time, including the Diver Blue Shark (2019) and last year’s Diver Lemon Shark. Each debut included a fund-raising element for shark environmental health. 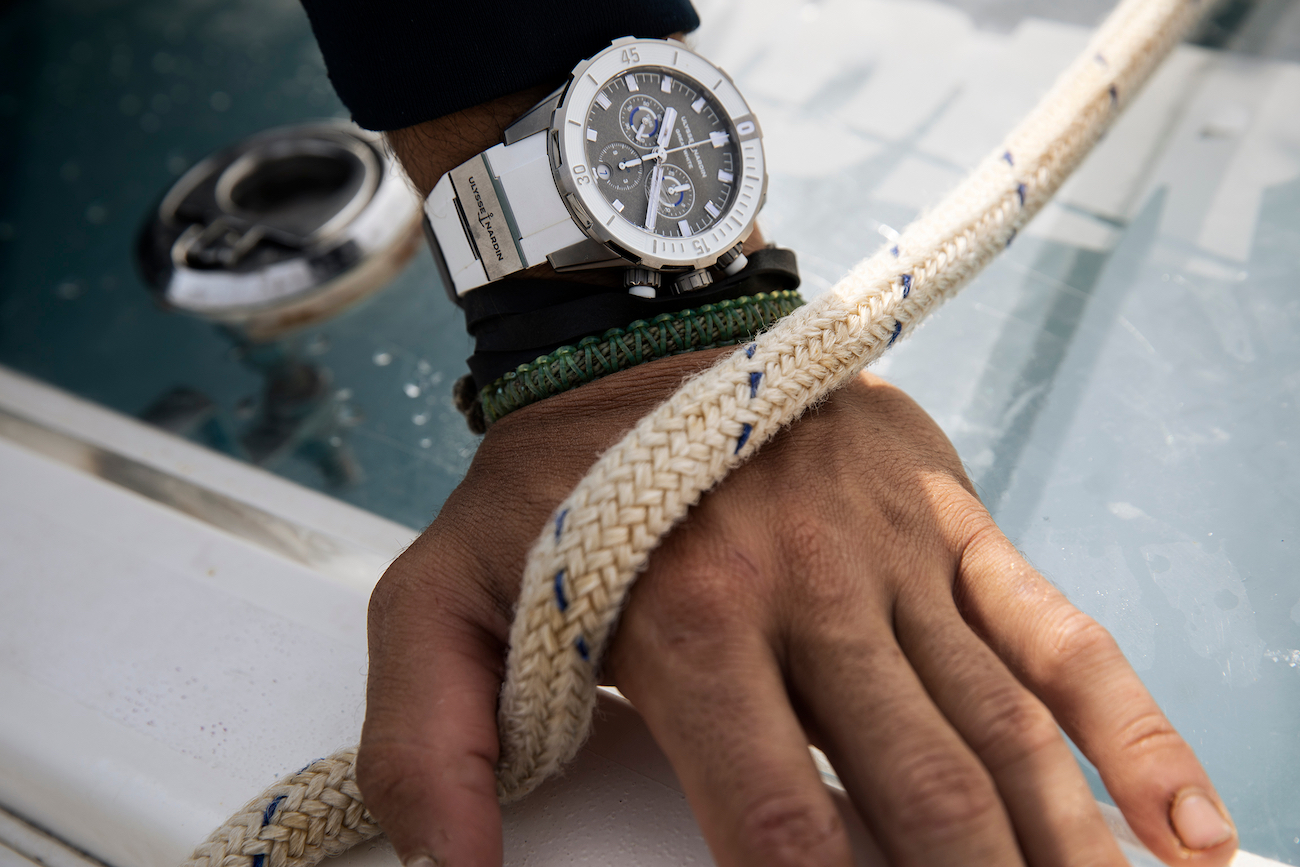 Ulysse Nardin pairs the debut of the new watch with several environmental initiatives. These include donating to One Percent For The Planet, which means Ulysse Nardin will donate one percent of annual sales of all “shark watches” to support non-profit organizations focused on sharks.

Ulysse Nardin will also partner with Sharktrust, a leading European shark conservation charity. In addition, the watchmaker adds shark expert and photographer Mike Coots to its ‘friends of the brand” list.

The new watch is a 44mm titanium-cased chronograph with a white, unidirectional rotating rubberized bezel. The bezel frames a grey “shark skin” dial with blue and white accents and the words Great White just below the Ulysse Nardin logo. 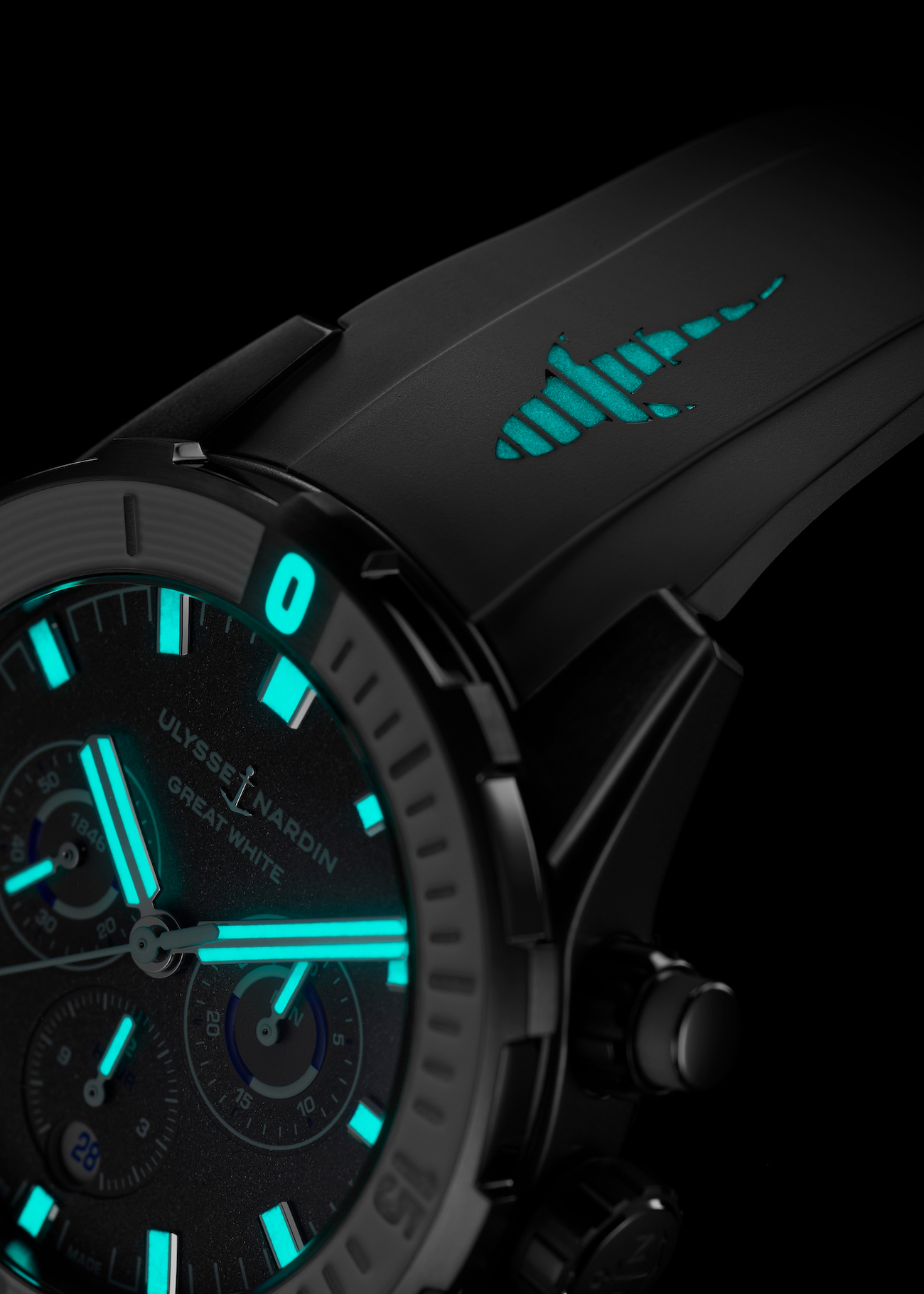 Not surprisingly, you’ll find a shark silhouette on the watch’s white rubber strap. An image of a great white shark is stamped on the case back. As a serious dive watch, water resistance is a full 300 meters. 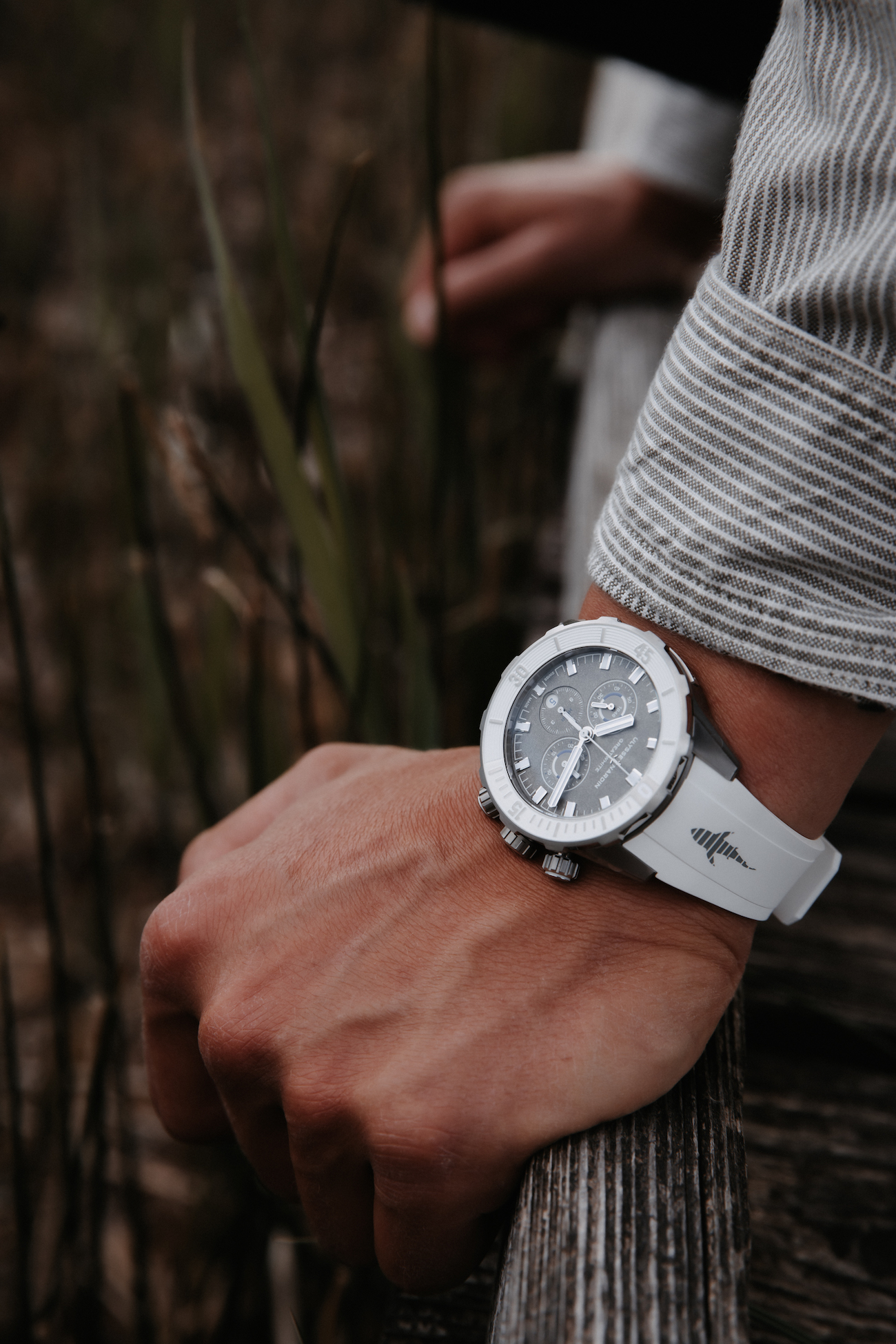