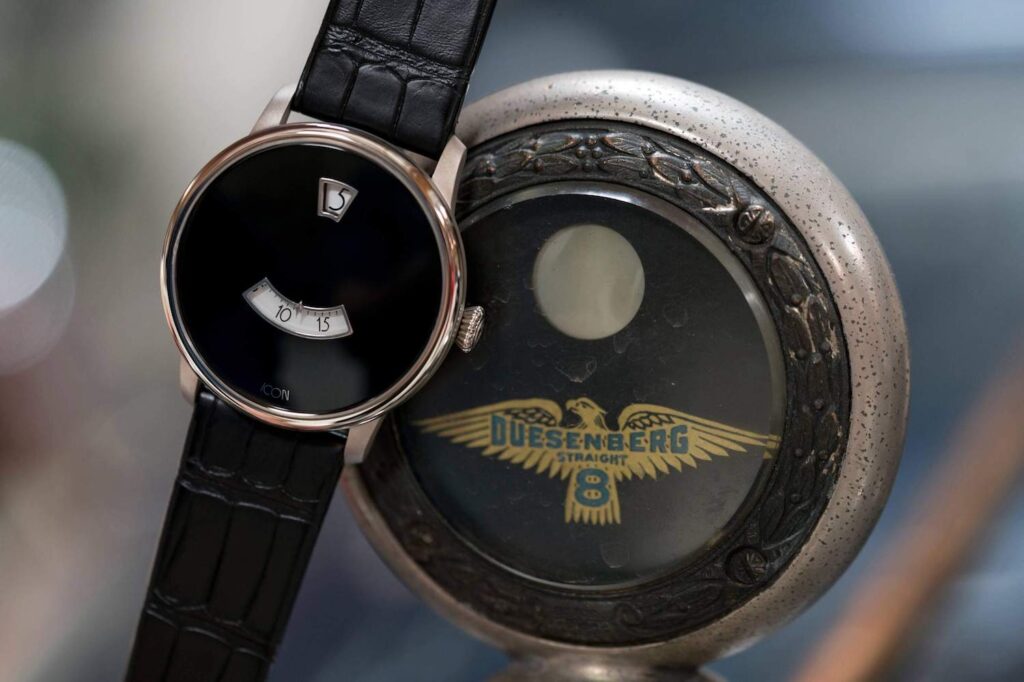 Jonathan Ward may be best known for his automotive company, Icon4x4, which custom-builds classic cars furnished with modern tech and cutting-edge materials, but he is first and foremost an industrial designer and craftsman. In addition to his sublime car restoration projects, Ward also likes to channel his creativity into making handmade leather goods (think jackets, luggage, purses, and wallets) ­– and into designing watches.

The ICON4x4 founder comes from a line of car guys—his grandfather owned a repair shop in Virginia, where a young Jonathan would spend his school vacations studying auto parts and tools from the fifties. Ward’s early interest in cars was further fueled by his father’s enthusiasm for them. Father and son would attend car shows together.

Ward believes you are either born with or without an appreciation for details. At seven years old, he moved from a small town in Maryland to New York City. That move made a significant impression on the soon-to-be designer. 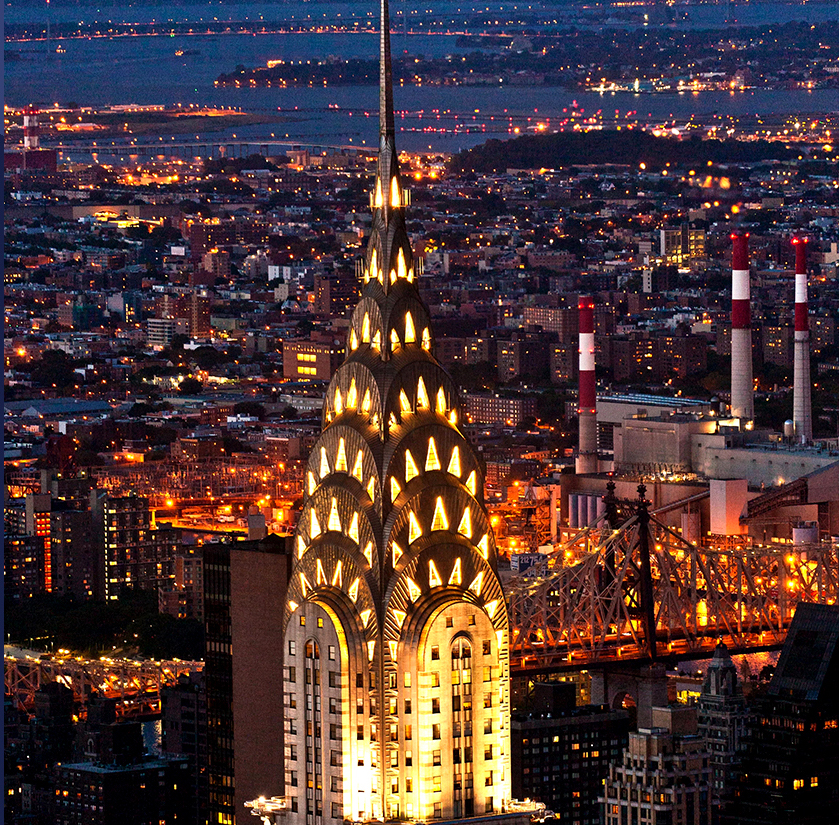 The sky-high architecture and ground-level store displays sparked his lifelong curiosity about how things are made, and more importantly, what does it take to make them even better. He remembers being fifteen years old in his dad’s garage taking apart a digital flip clock and putting it back together just to understand how it worked. 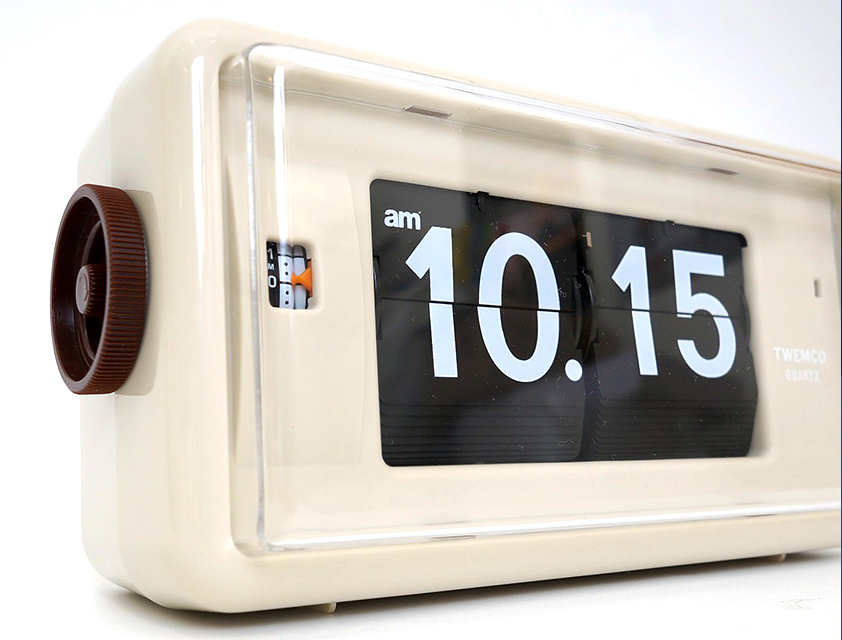 While not formally trained in design, Ward had an open mind to find inspiration everywhere. Whether transportation, architecture, or consumer goods, the challenge of being an industrial designer is to create a cohesive package that balances looks, engineering and utility. While he is certainly mechanically capable, Ward makes sure he surrounds himself with a team of expert engineers so he can focus on design.

Ward and his wife Jamie started the TLC Land Cruiser service center in the mid-1990s, which paved the way for Jonathan to become a consultant for Toyota. His work with Toyota and Mr. Toyoda resulted in the 2007 Toyota FJ Cruiser.

Given his appreciation for design and mechanics, it comes as no surprise that Jonathan is a watch guy too. He is a passionate watch collector but quite different in his approach from other collectors I’ve met. Rather than caring about particular brands and ultra-popular models, he focuses on designs, styles, and aesthetics that speak to him.

For instance, until relatively recently, he resisted collecting Rolex watches as he believed those pieces are more about making a social statement. 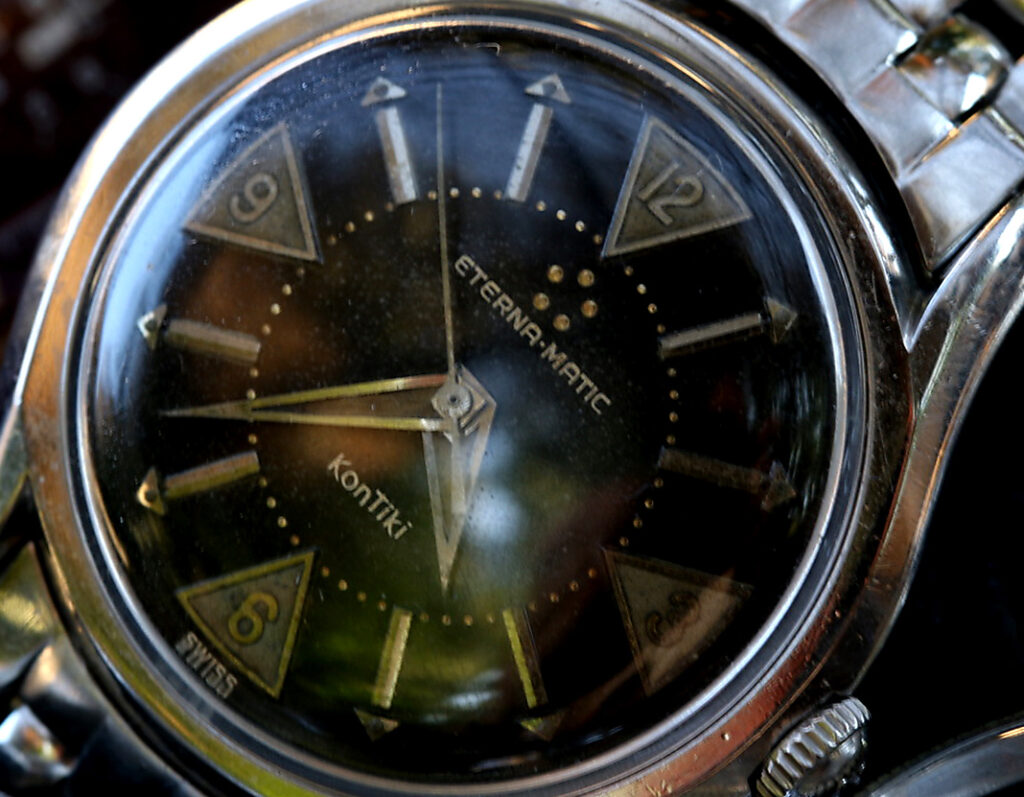 One of his first watches was a Bulova with a red LCD. However, he found his passion for watches when he found his grandfather’s Hamilton in the attic and restored it to its full glory as a birthday gift to his grandfather. This exercise sent him down the rabbit hole of Art Deco, Art Nouveau, and Streamline design language in the world of horology.

At the time, his collection was limited to six or seven timepieces. Once his business was established, he was able to indulge in his watch hobby. 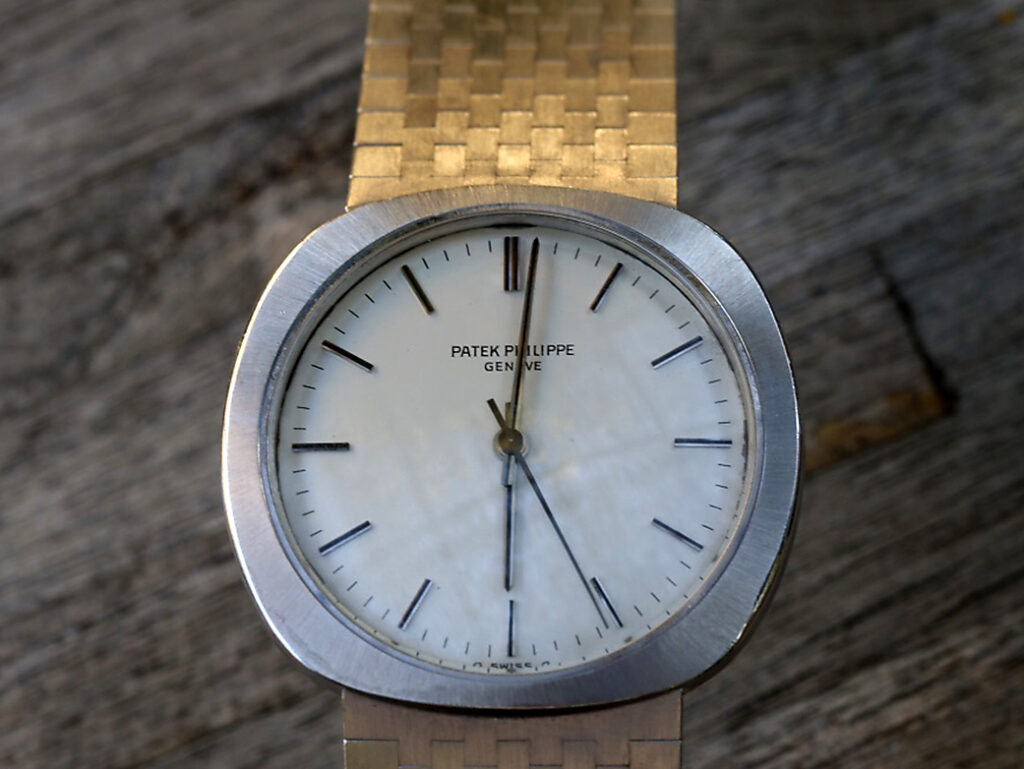 Today, Ward owns more than 115 watches, ranging from $40 watches to vintage classics with great patina and tropical dials to high-end avant-garde pieces. He also makes his own watchstraps, which he believes augment the look of the timepiece—especially for smaller 32mm to 34mm cases.

When Ward buys a watch, the first thing he looks at is design language, identity, and consistency. He prefers time-only watches or GMT watches, and has a particular interest in the provenance of the watch.

When he bought a military watch at a car show in Germany, the set included photos of the owner wearing the watch, which he loves. Thanks to actual images, Ward can imagine that military pilot wearing his watch while flying a plane during combat so many decades ago. 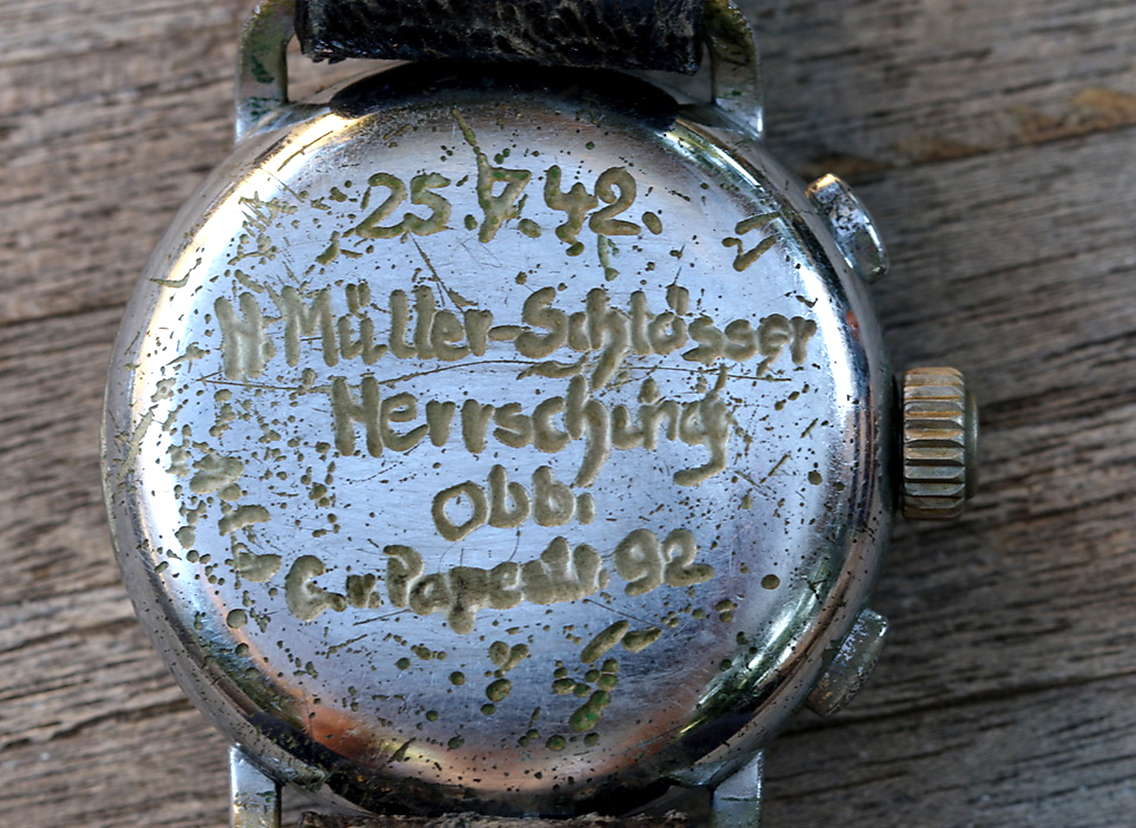 Ward also owns an unbranded early marine chronograph that was gifted to Jacques Cousteau who then gave it to one of his main divers. The watches Ward collects are not necessarily expensive—for example, he owns a Waltham that was produced in low numbers—because he’s all about the designs and stories behind the watches.

Along with designing cars, Ward has also poured his passion for watches into designing them.

His first watch design is the Icon Duesey, which is inspired by the dashboards of the vintage Duesenberg SJ automobile. The jump hour display of the watch is modeled after the original trunk-style gauge of the car. 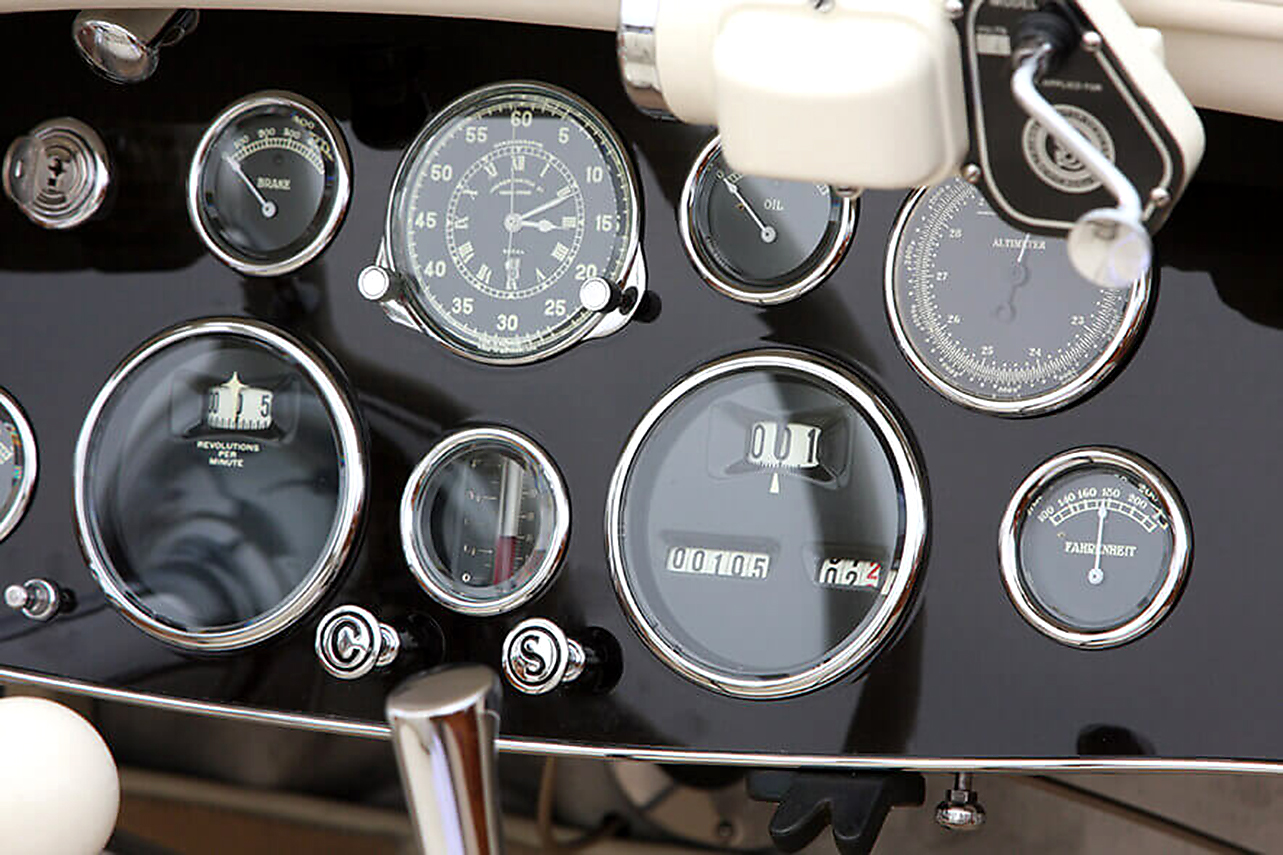 Using Fusion 360 CAD software, Ward designed the case, crown, clasps, dials, and other components of the watch until he was finally able to print a few prototypes with his 3D printer. He used Computerized Numerical Control (CNC) machining to manufacture the case and a Dubois Dépraz-modified ETA base caliber for the movement.

During the process, Jonathan realized how complicated it is to develop and manufacture a watch—especially if you want to follow the Swiss Made parameters. He wanted to ensure that any advanced watchmaker could service the watch. 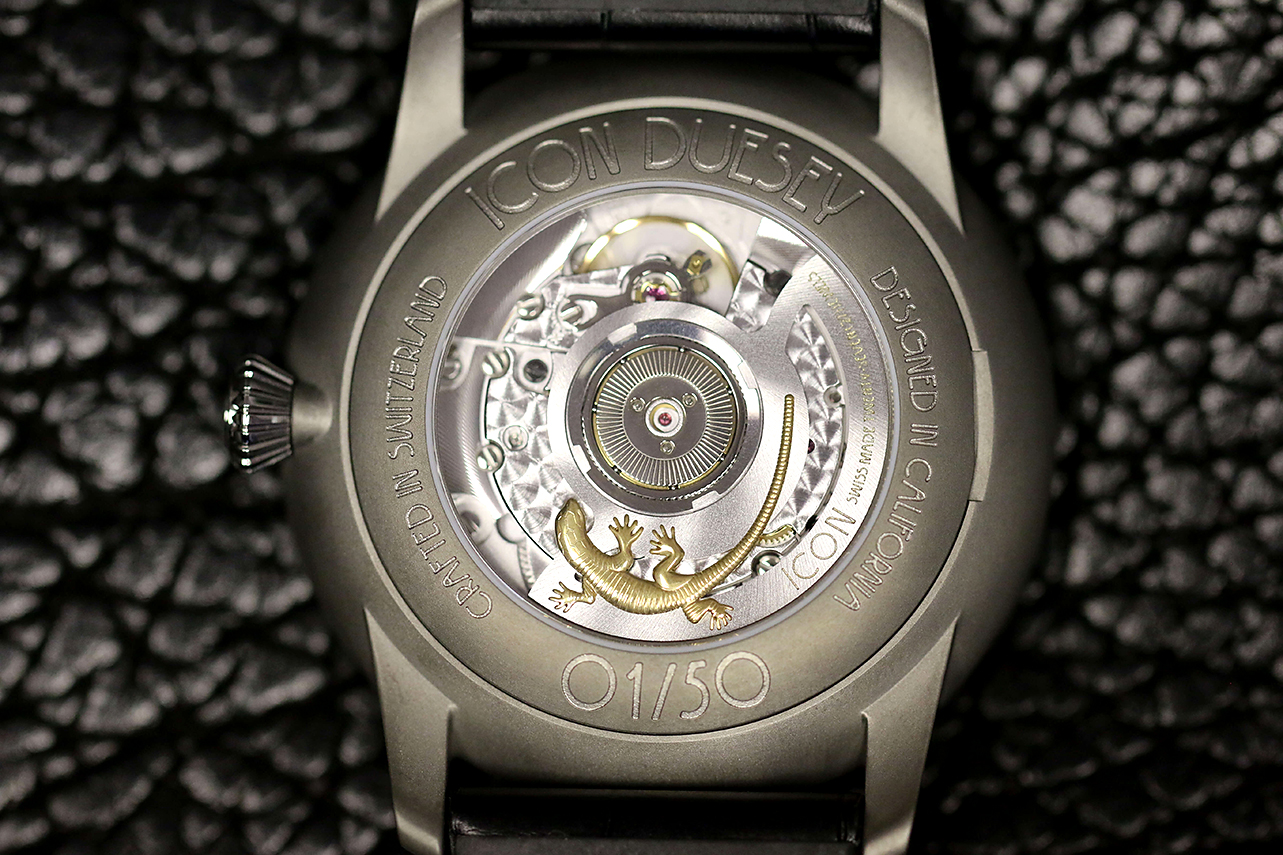 It took Ward a tremendous amount of time to get the deep black porcelain dial right. The straps all had to be made according to highly specific requirements. Just like the Icon cars, the Icon watch merges traditional aesthetics with modern materials; the case is crafted from T5 titanium while the bezel is formed from T2 titanium. Why? Because Jonathan’s friend is allergic to traditional titanium. 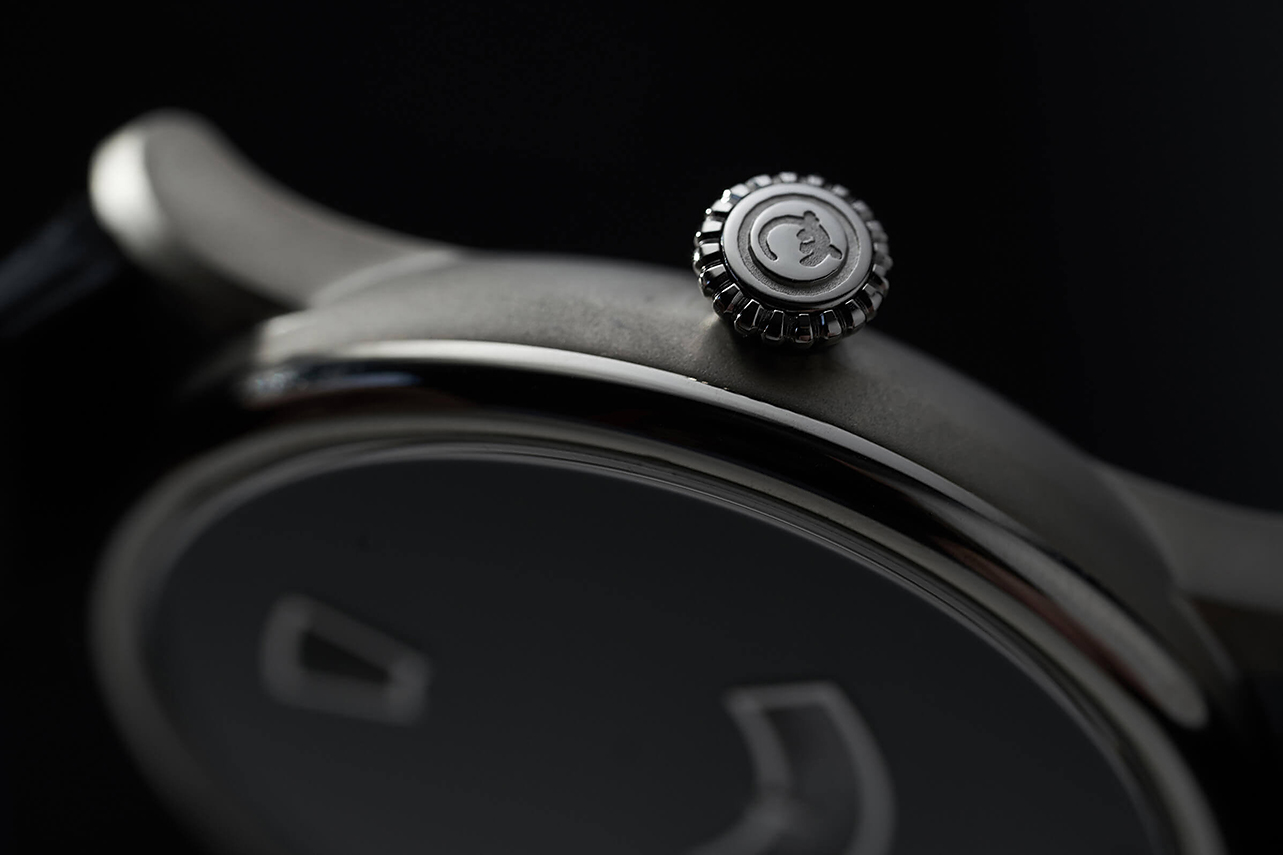 As a designer with an obsession for details, even the box that the Icon Duesey includes special storage underneath that can house five watches. 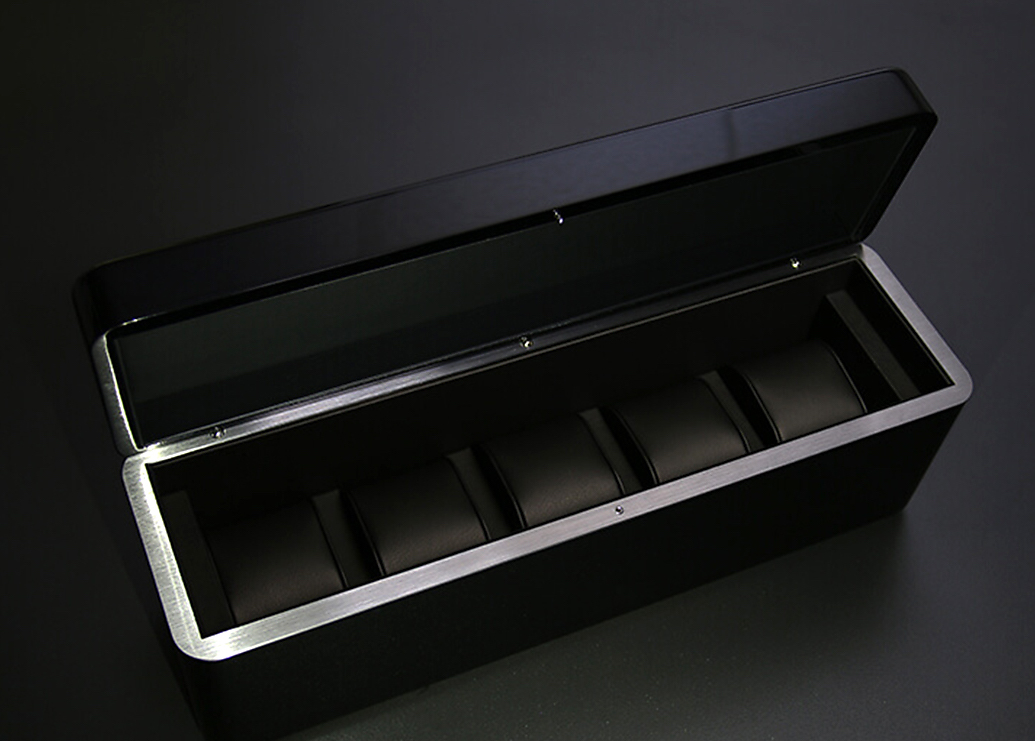 I think this is a very clever idea. Ward supervised the entire manufacturing process of the ICON Duesey because, after all, his ultimate goal was to make the perfect watch for himself.

Only fifty examples of the ICON Duesey were made. Only a few remain for sale. Amazingly, ICON watch buyers are not the same as ICON car buyers. Ward says he has successfully enticed an entirely new audience for his company. I can sense just how proud he is of the watch. 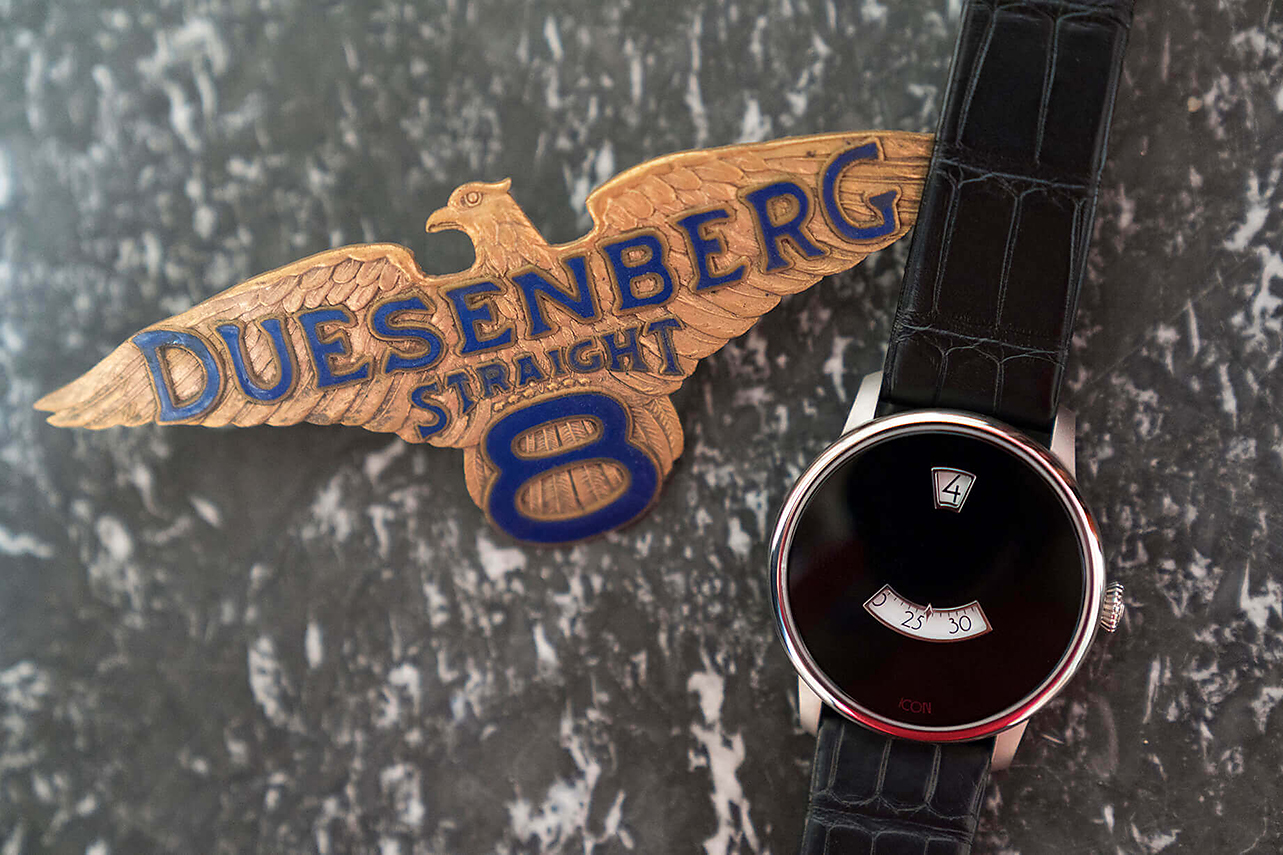 As Ward’s wife Jamie is the more financially conservative of the two, Jonathan has agreed that he’ll only start creating a new watch once every Icon Duesey piece is sold. He has a GMT model in mind since he’s a frequent traveler. And this time, the design inspiration will be a yacht; a classic teak-deck style for the dial and copper and brass for the case.

I look forward to seeing what Jonathan Ward will come up with because I know, whatever he makes is driven by his unwavering passion for great design.