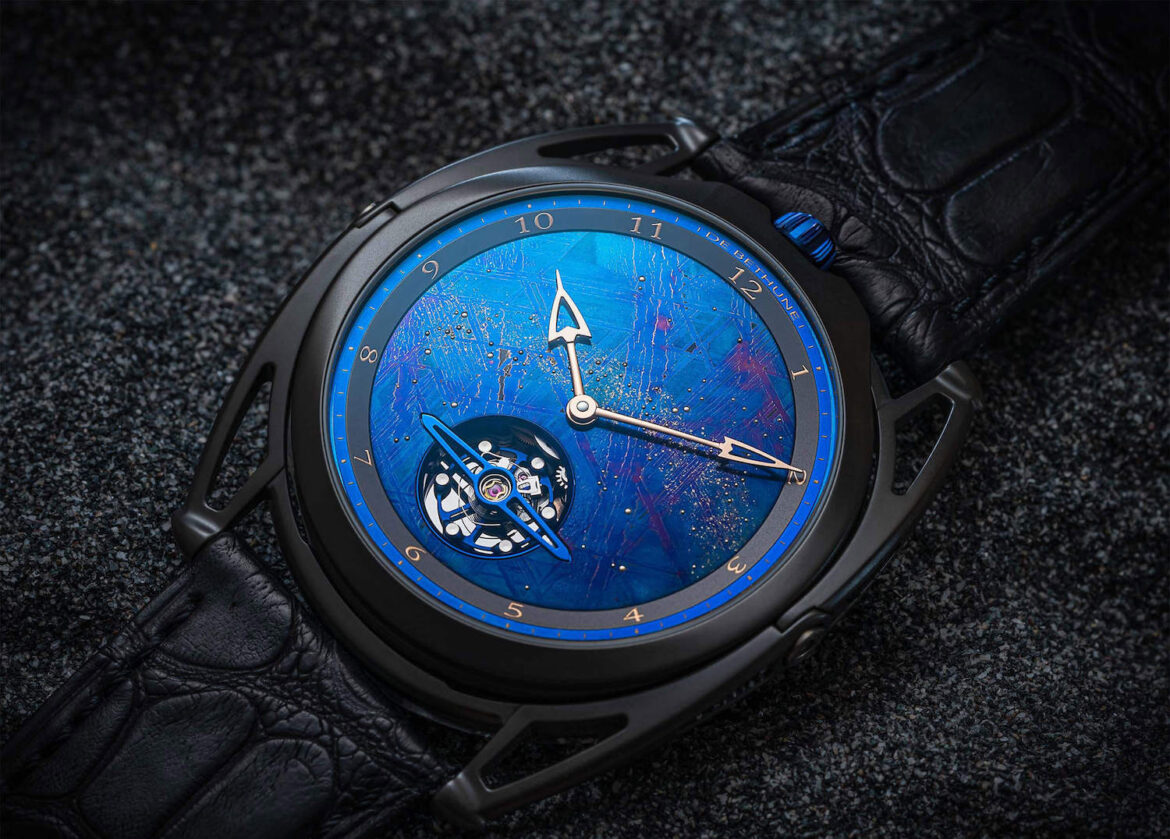 With this week’s debut, the DB28XP Meteorite, De Bethune has underscored its fascination – and expertise – at using material hewn from meteorites as watch dials.

The independent watchmaker has placed the extraterrestrial material into several of its watches over the years, including as the dial material for the brand’s Dream Watch 5 Meteorite and on the DB28 Kind of Blue Tourbillon Meteorite. This latest example highlights the eye-catching dial by framing it with the well-known ‘floating lug’ De Bethune DB28 case, now dramatically finished in matte black zirconium.

De Bethune differentiates its meteorite dials from others by heating the space-borne slice, a process that results in a spectacular blue shade while also enhancing the material’s random geometrical crosshatched patterns. 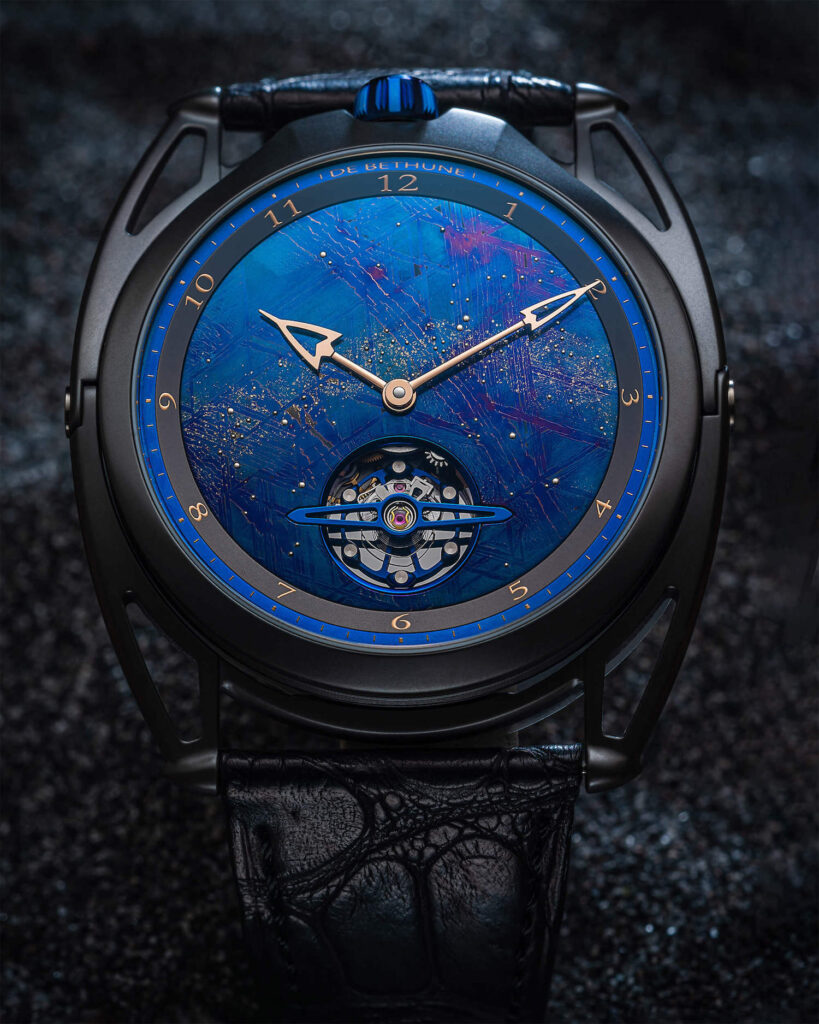 As the newest example of this technique, the dial on the new DB28XP Meteorite mimics its own celestial origins, complete with varying shades of blue, black and even purple. De Bethune takes full advantage of the scene by adding small white gold pins that appear as stars and planets amid the celestial void.

With this ‘sky map’ in mind, De Bethune will allow each DB28XP Meteorite owner to choose to have the brand customize their watch’s dial by specifying a constellation at a specific date, time and place.

Each customized dial will be placed within the DB28XP case, which here remains 43mm in diameter with its familiar round, ultra-thin crown at 12 o’clock, its hunter-type back and, of course, those dramatic architectural lugs.

The dial’s hour circle echoes the darkened case and is topped by an almost hidden De Bethune signature at 12 o’clock. The watch’s pink gold hands are identical to those on the De Bethune DB28XP Starry Sky dial. 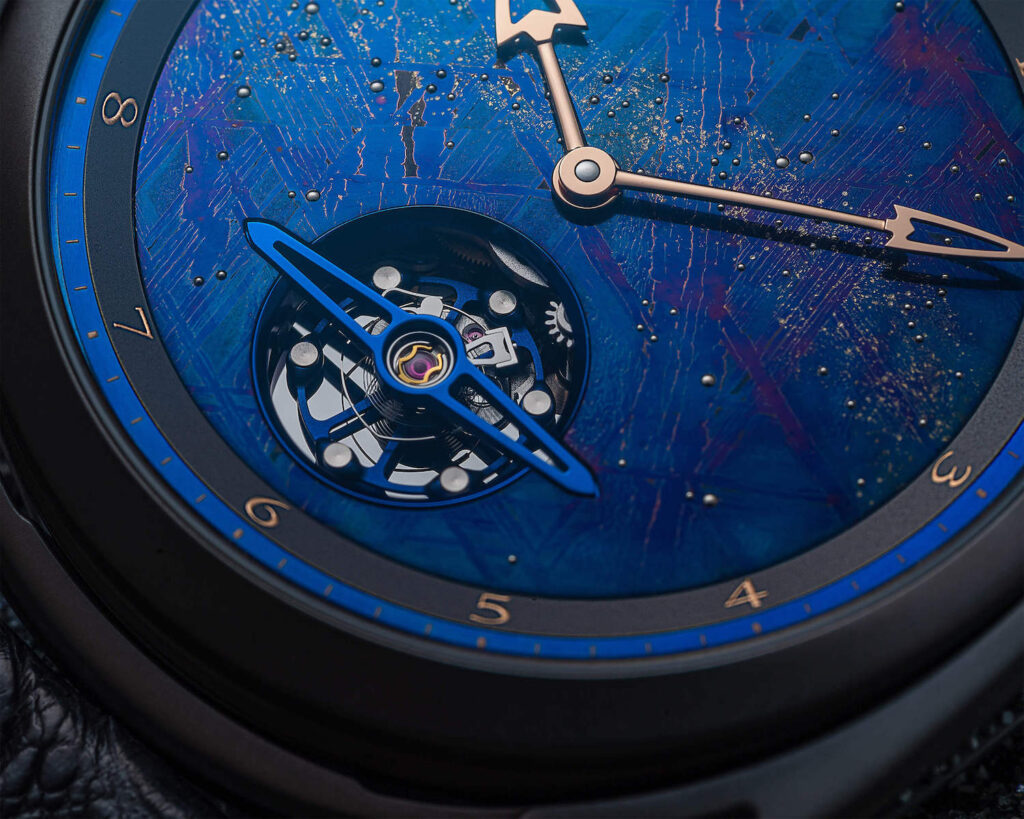 With distinctively terrestrial origins, De Bethune’s own Caliber DB2115v7 represents its own mechanical universe. The manual-wind caliber, with its balance visible at the 6 o’clock position, is built with De Bethune’s well-known, award-winning technical proficiency. 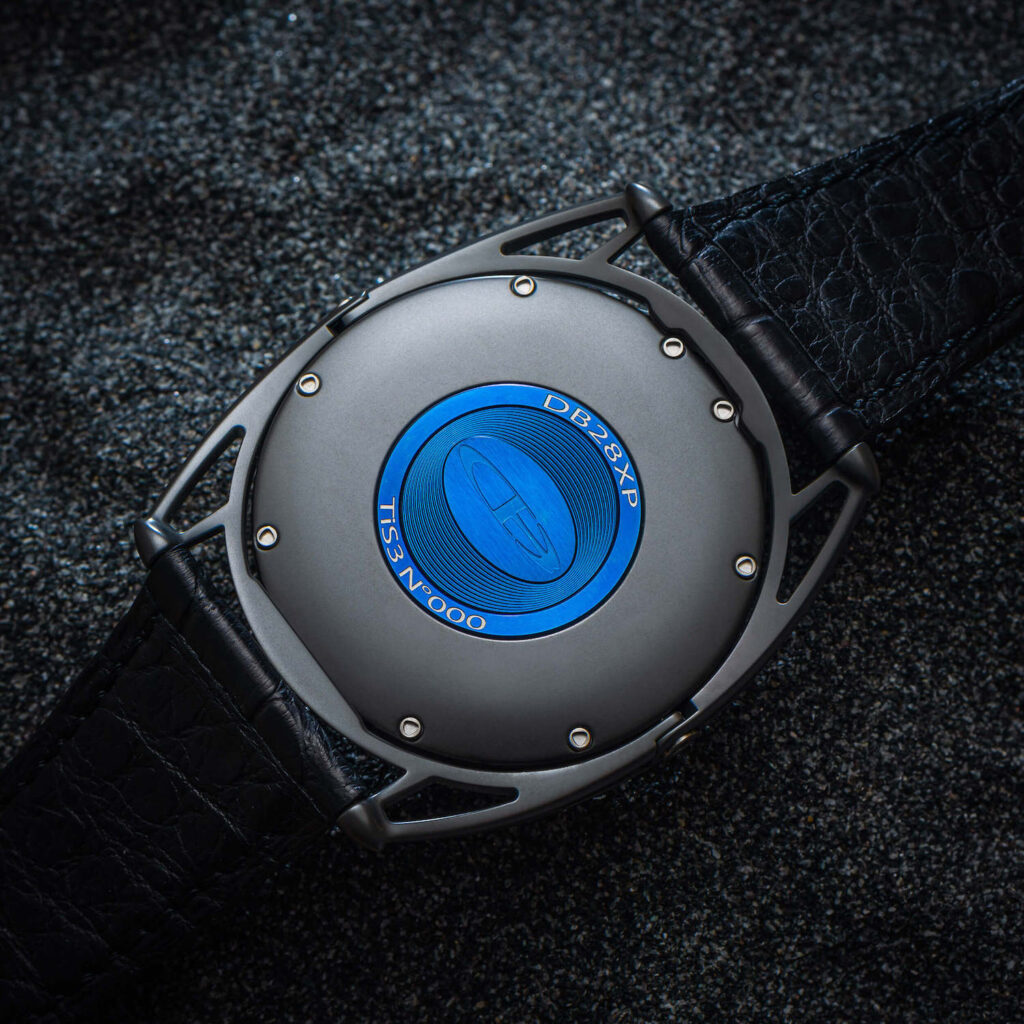 Among those proprietary techniques: the use of a titanium balance with white gold weights placed around the rim, a silicon balance wheel, an in-house balance spring with a flat terminal curve and self-regulating twin barrels that ensure six days of power reserve.