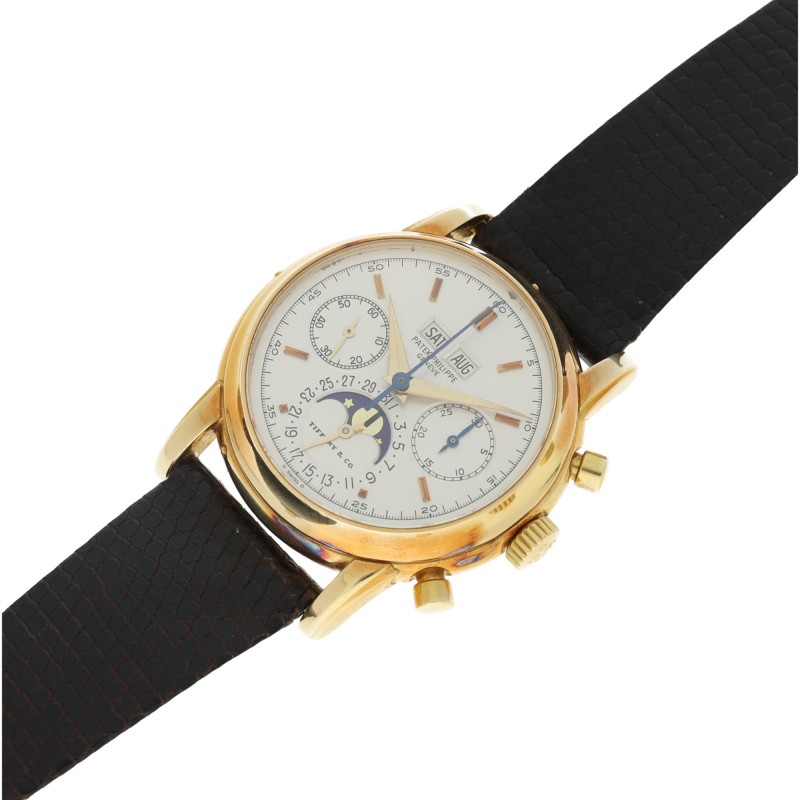 Found Under a Sofa: Patek Philippe Ref. 2499 to Star at Auction

For most collectors, there’s always one coveted piece that stands above the rest—the so-called grail, if you will. And in the world of vintage watches, most would agree that the Patek Philippe Reference 2499 holds that honor.

Widely regarded as one of the greatest timepieces designed by the renowned Swiss watchmaker, Reference 2499, a manual-winding Perpetual Calendar Chronograph with Moonphase produced in very low quantities, is the quintessential Patek.

Few have had the privilege to see a Reference 2499 in real life, let alone touch one. Watch experts recognize this very special timepiece as one that perfectly combines incredible exterior design with a masterful internal movement.

Given the rarity and collective fascination with the Patek Philippe ref. 2499, when one comes up to the auction block, the vintage watch world pays attention. Collectors won’t want to miss the chance to see it, study it, and most importantly, share a room with other fellow enthusiasts whilst witnessing the inevitable bidding battle that will ensue to claim this watch as his or her own. 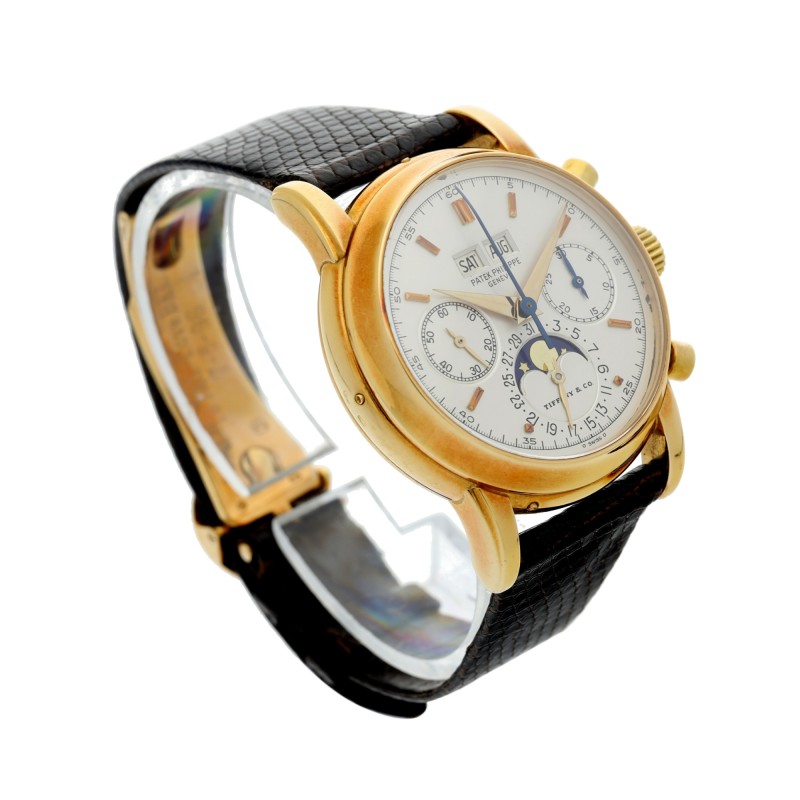 Sotheby’s New York on December 15th will be hosting a holiday season watch auction with a magnificent example of the revered Patek Philippe Reference 2499 as the star of the event.

Next in line was the third series, made from 1960 until 1978, with round chronograph pushers, applied baton indexes, and no tachymeter scale on the dial. 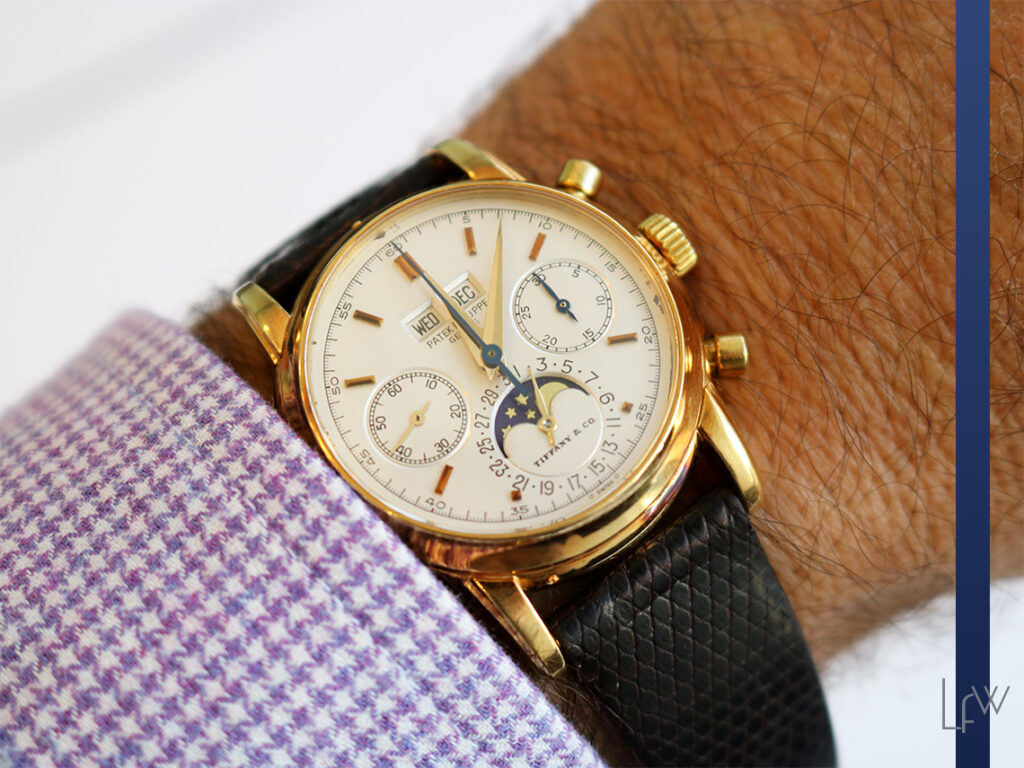 Finally, the fourth and last series of the Reference 2499 is dated from 1978 to 1985 (with later examples taking on the reference 2499/100) and the watches have round chronograph pushers, applied baton numerals, no tachymeter scale, and sapphire crystals shielding the dials.

The Patek Philippe Reference 2499/100 coming up for sale on December 15 in New York at Sotheby’s belongs to the fourth series family. And it is simply a magnificent piece manufactured in 1981. While the creamy dial is in very good condition it is not perfect.

The dial does have some discoloration owing to the humid conditions of the Southern United States, where its owner resides. The customary applied gold batons mark out the hours while the three subsidiary dials for minutes, date/moonphase, and running seconds sit at 3, 6, and 9 o’clock, respectively. The double windows displaying the day and month are placed at 12 o’clock while the gold hands at the center are in the “Dauphine” style.

A closer look at the dial reveals the coveted “Tiffany” branding, which makes this example of the Reference 2499 even more exceptional and rare. Sotheby’s consulted with Patek Philippe to see how many Tiffany marked examples were made but there are no records in-house.

The winding crown is furnished with the Patek Philippe logo and of course, the chronograph pushers are round in shape. The interior of the yellow gold case back is engraved with Patek Philippe Co – Genève – Swiss – 2499 – 100 – 2.779.174.” Housed inside the yellow gold case is the manual-winding Caliber 13-130, featuring 23 jewels and numbered 869.425. Potential bidders will be happy to know that the watch keeps very good time.

This Patek 2499 is fitted with a brown lizard Patek Philippe strap with a gold Patek Philippe buckle. The width in between the lugs is 20mm and 14mm at the buckle end. The interior of the buckle is engraved with “To AIL – Love – BKL – 7-5-96” and both the case and buckle include all the required poinçons or hallmarks. 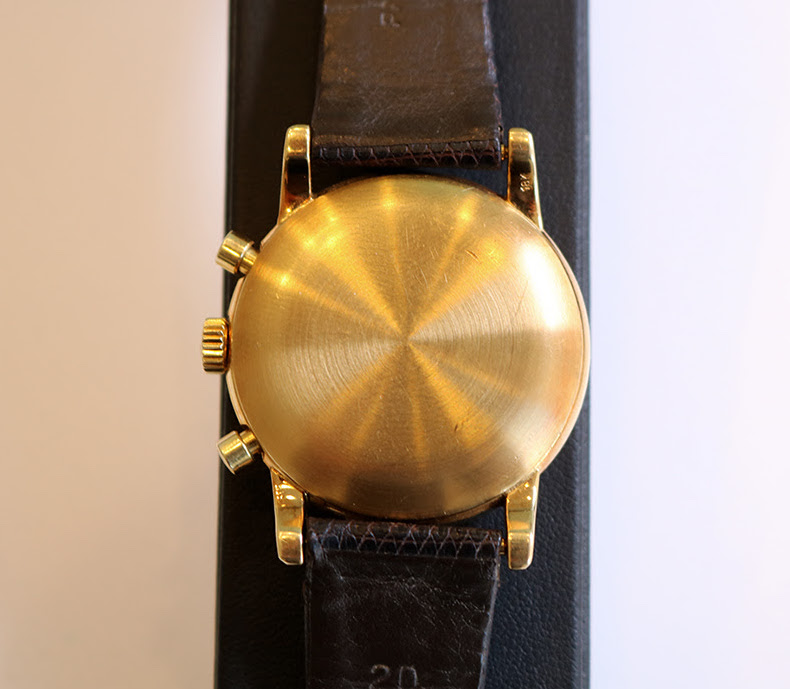 The watch was first appraised 20 years ago but it was lost for some time inside the estate. After a long period of searching, this superb Patek Philippe 2499 was finally found inside the house, underneath the sofa. No one knows quite how long it had been lying there, hidden from the world. 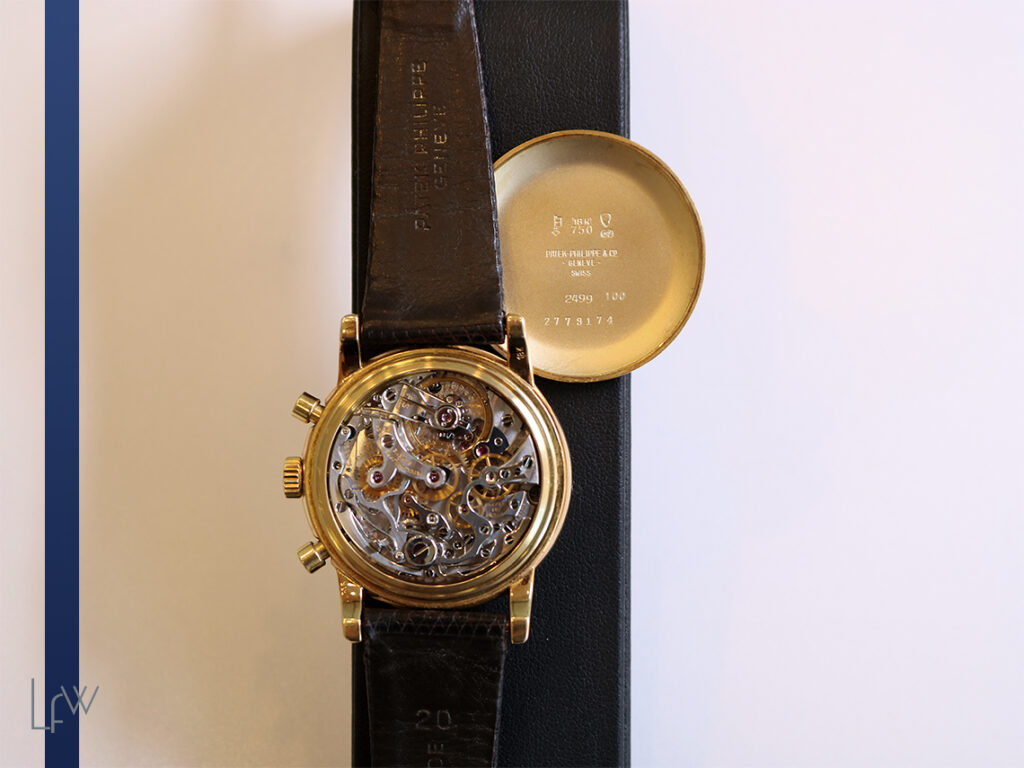 As a one-owner Patek Philippe Reference 2499, this is the first time this watch comes to auction. The estimated price is between $500,000 and $800,000, even though I think it is a conservative figure.

For any inquiries about the watch, please contact Richard Lopez, SVP, Senior Specialist, and Head of Online Sales at Sotheby’s at [ Richard.Lopez@sothebys.com ]

Wishing you a safe, happy, and joyful season.