As Omega prepares for its role as official timekeeper for the upcoming 36th America’s Cup, the watchmaker launches the Seamaster Diver 300M America’s Cup Chronograph, a 44mm steel watch with a boat-race (regatta) countdown indicator.

The new 44mm chronograph, based on a 2019 Omega Seamaster Diver, has a blue ceramic dial with the collection’s familiar laser-engraved wave-pattern and white enamel diving scale on the bezel. Less familiar is the regatta countdown indicator ring in red anodized aluminum.

The indicator’s red anodized aluminum minute hand, with a shape inspired by a boat hull, provides the countdown indication, supplemented by a rhodium-plated small seconds hand at the 9 o’clock position. Chronograph hours are visible in a window within the countdown subdial. 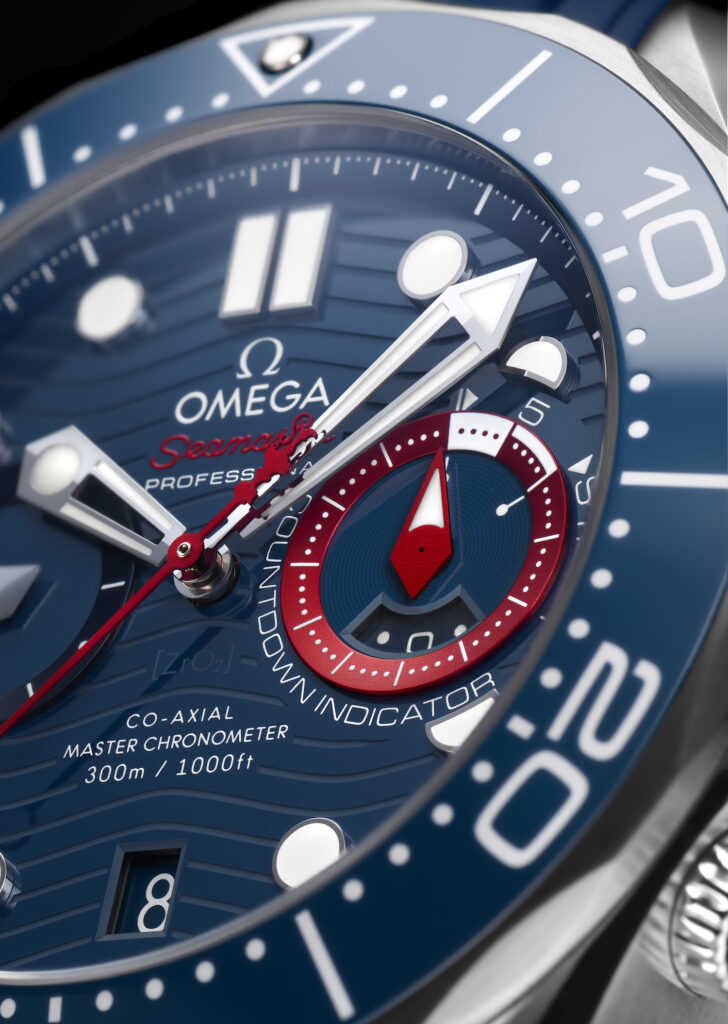 Omega maintains the watch’s America’s Cup distinction with a central seconds chronograph hand, also in red anodized aluminum, that features an America’s Cup icon in red on the counterweight. More Cup tributes are visible on the back of the watch, including “36th America’s Cup” and “Auckland 2021,” both spelled in blue lacquer. 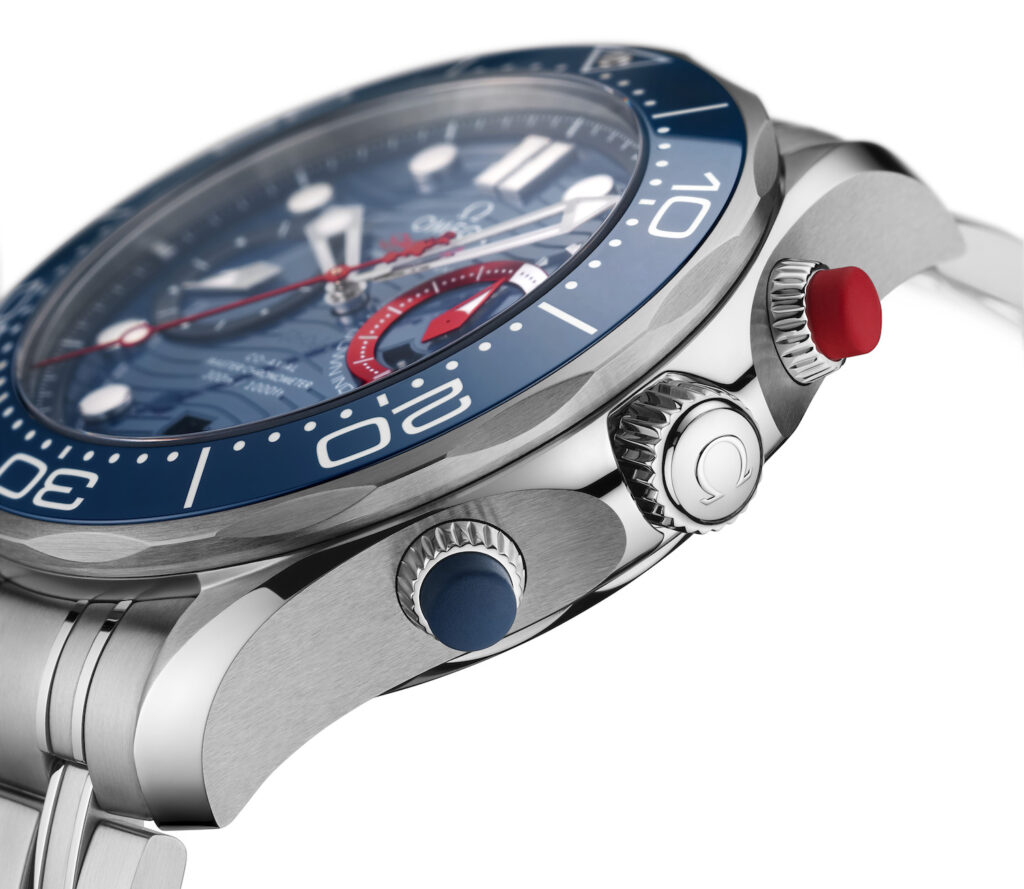 Also seaworthy, even beyond the already strong Seamaster Diver specs, is a helium escape valve and soft-touch red and blue rubber pushers, designed to work efficiently when wet. That efficiency is backed with a new chronograph lock-system that secures the chronograph functions when needed, presumably during a race at sea. 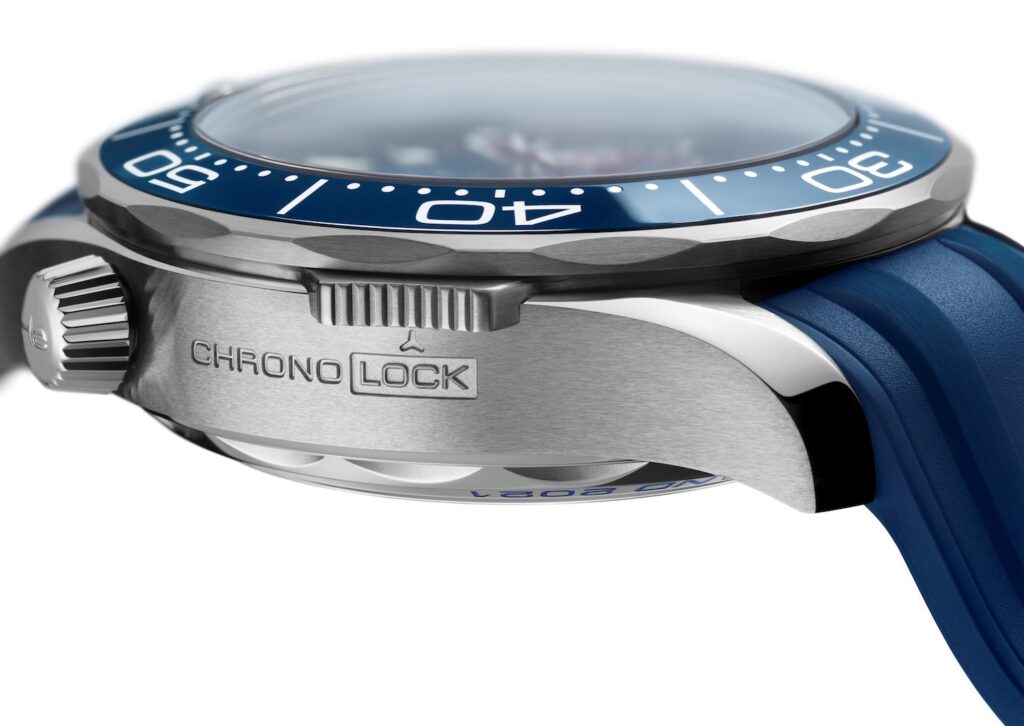 The new watch continues Omega’s longstanding relationship with the America’s Cup, which the brand also officially timed in 2000 and 2003. This newest watch is the second Omega has launched in support of the 36th America’s Cup, which takes place in New Zealand starting March 6. Last year Omega released the Seamaster Planet Ocean America’s Cup Edition.

Omega offers the new Seamaster Diver 300M America’s Cup Chronograph with a metal bracelet and an additional rubber strap, both equipped with Omega’s brand new Quick Change system. The watchmaker says with the system, the owner can quickly “switch easily between the bracelet and the strap without having to use tools.”

Inside Omega fits its excellent Co-Axial Master Chronometer Caliber 9900, an automatic chronograph movement with column wheel and Co-Axial escapement. The movement is approved by METAS, resistant to magnetic fields reaching 15,000 gauss and features a silicon balance-spring and sixty hours of power reserve.