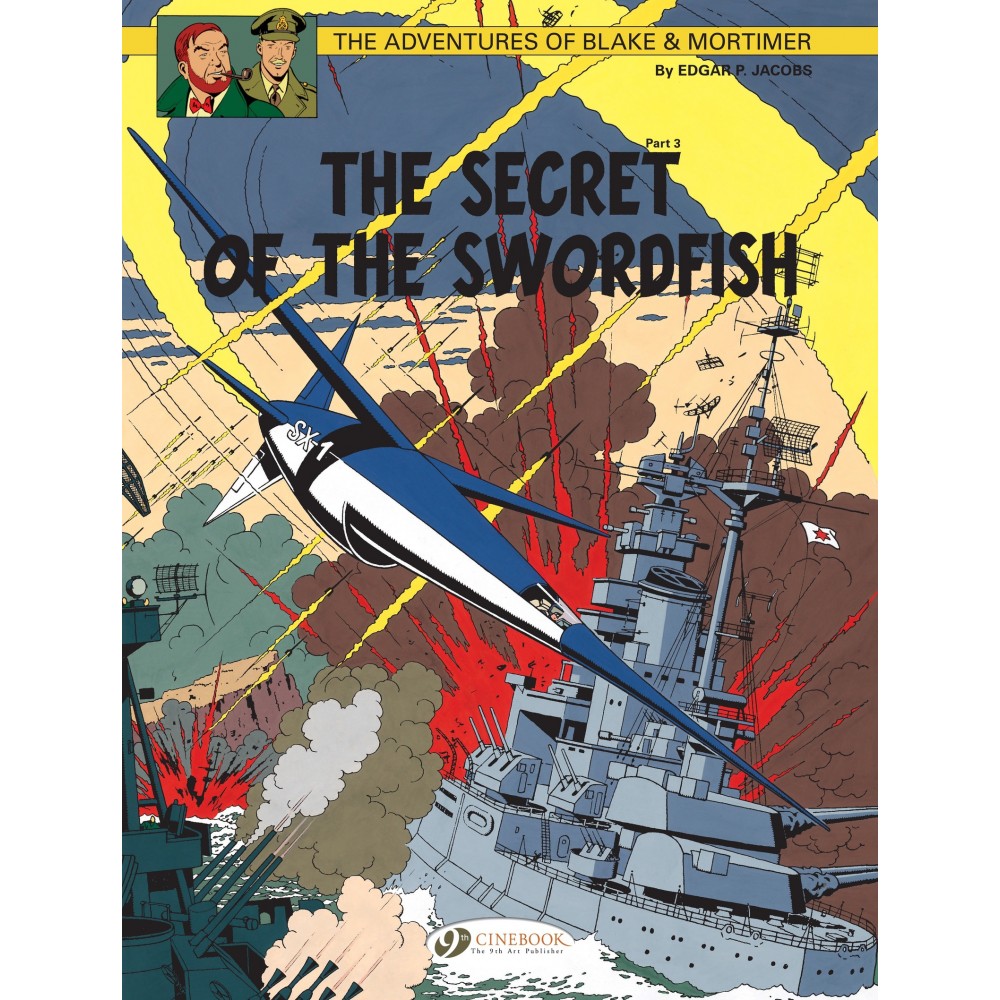 The inaugural title of Blake & Mortimer, titled “The Secret of the Swordfish,” debuted seventy-five years ago in the Belgian comic Tintin. Reservoir founder and CEO Francois Moreau enjoyed reading the adventures of the two detectives in his youth.

Reservoir honors the series with a commemorative watch that pictures Mortimer on the dial pointing to the minutes, replacing the watch’s retrograde minute hand. Next to him Blake joins Mortimer as the pair gazes upward, while Mortimer’s favorite expression, ‘By Jove!!!’ appears above both. Where standard Reservoir dials indicate the power reserve at the bottom of the dial, this edition displays only the jumping hour indication. 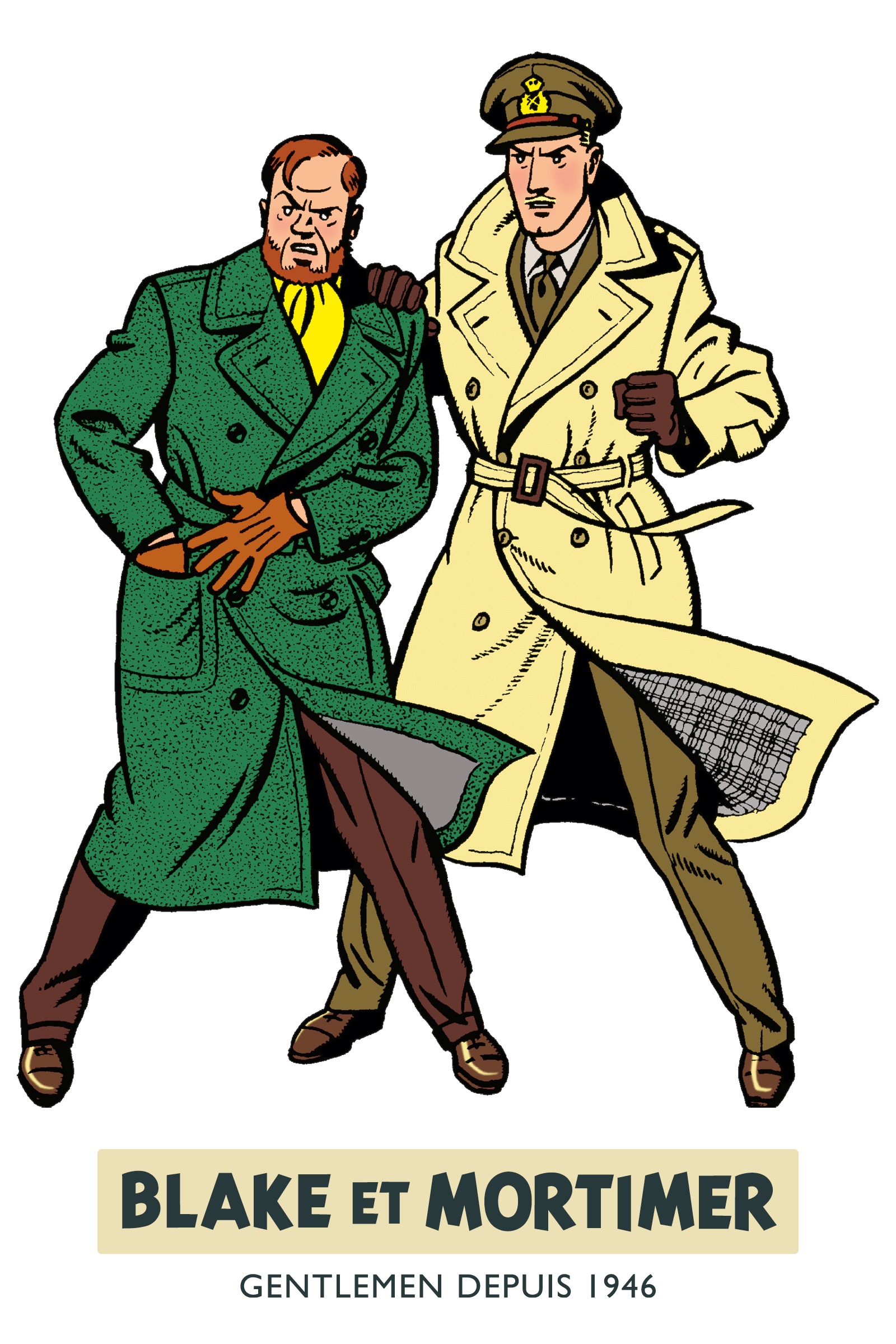 In relief on the dial Reservoir has nicely utilized the Blake & Mortimer color scheme as well as same font used in the graphic novel to indicate the digits for the minutes and the hour. 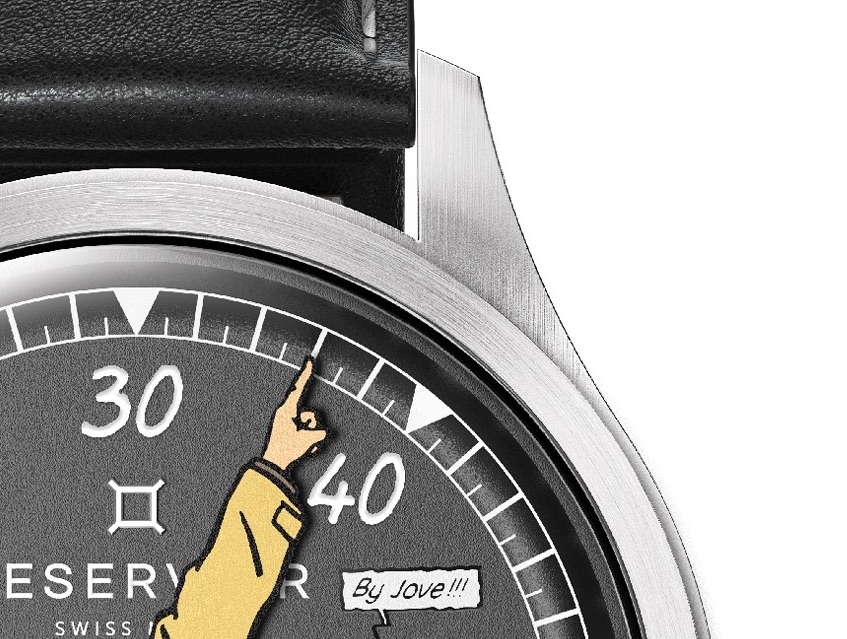 The 41.5mm brushed steel watch, finished with a black leather strap with quick-relief spring bars and a folding clasp, features a caseback engraved with a design of the Swordfish from the first Blake & Mortimer graphic novel and the words “So British since 1946”. 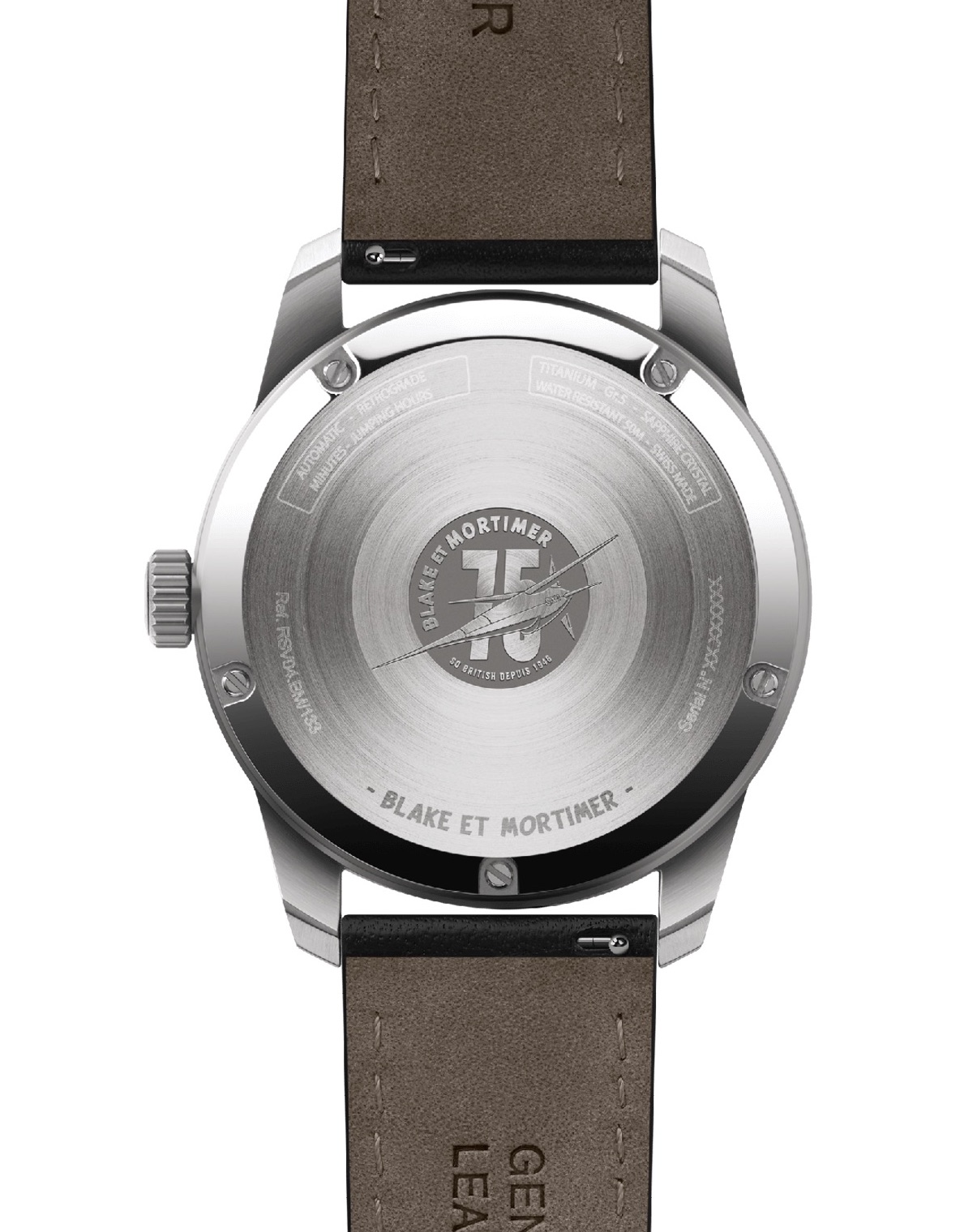 Reservoir will deliver the Blake and Mortimer “By Jove!!!” watch by November 19, which is the same date for the release of a new Blake & Mortimer adventure called “the Last Swordfish.” On this date, Reservoir will also open up orders for a limited series of drawings featuring the ‘mysterious flying machine’ found in the novels. 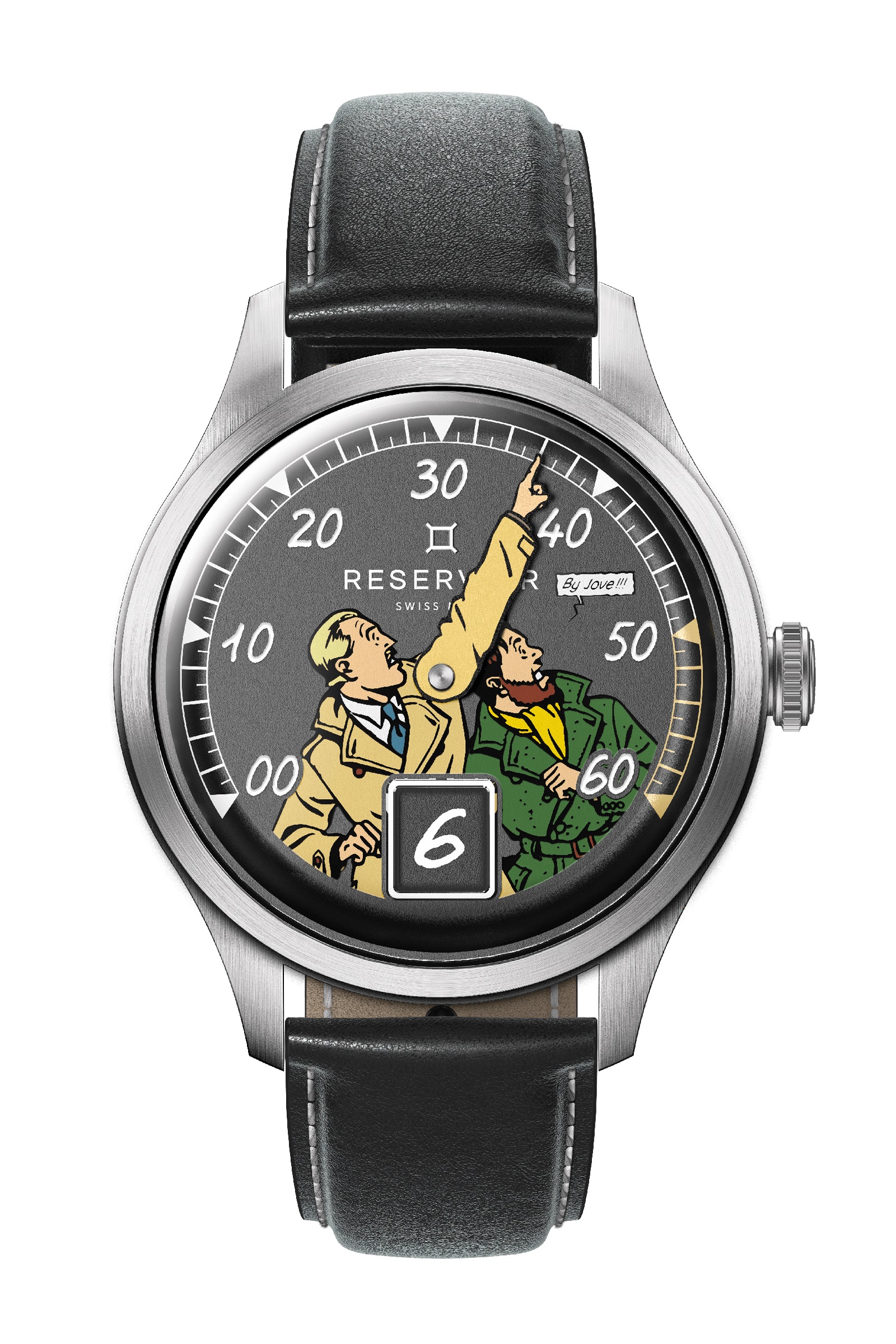