In this Part II of our four-part series outlining automotive-wristwatch partnerships, we highlight Casio and Ernst Benz.

Casio has been partnering with the AlphaTauri Racing Team since September 2020 and launched the second Edifice x AlphaTauri model last March.

Designed together with the F1 team around the theme of “speed and intelligence”, the super-sporty ECB-10AT in signature Scuderia AlphaTauri navy blue features a dial made of 6K carbon – a material used in racing car wings and floors – with the team’s logo engraved on the dial, caseback and band loop.

For men on the move, the timepiece includes a schedule timer function that syncs with a smartphone’s calendar app and also sets the watch to local time automatically. 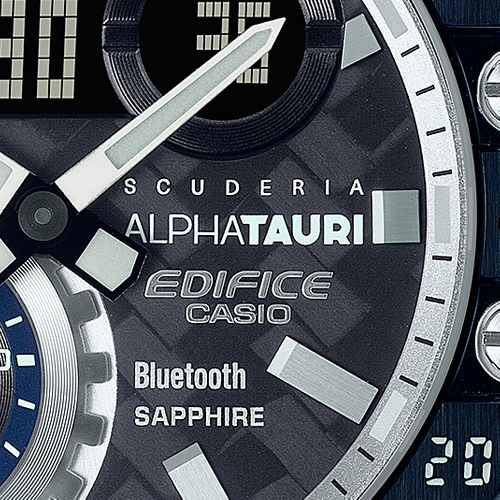 Demonstrating its dedication to motorsports, Casio Edifice has also teamed with Honda Racing for the past three years, resulting in five Edifice x Honda Racing models, with the latest released last September.

That watch (EFS560HR-1A) sports a black Cordura strap with red accents to match the team’s emblematic colors, while its carbon-fiber dial mirrors the appearance of an asphalt racetrack and displays the Honda Racing logo, along with gold Edifice lettering to mark the model’s 20th anniversary.

Inspired by 1940s and 1950s aviator watches and the cockpit gauges that pilot, engineer and inventor Ernst Benz himself produced in the 1960s and ’70s, the brand is known for its timepieces that attest to its slogan: “Precision Instruments for Timekeeping”. 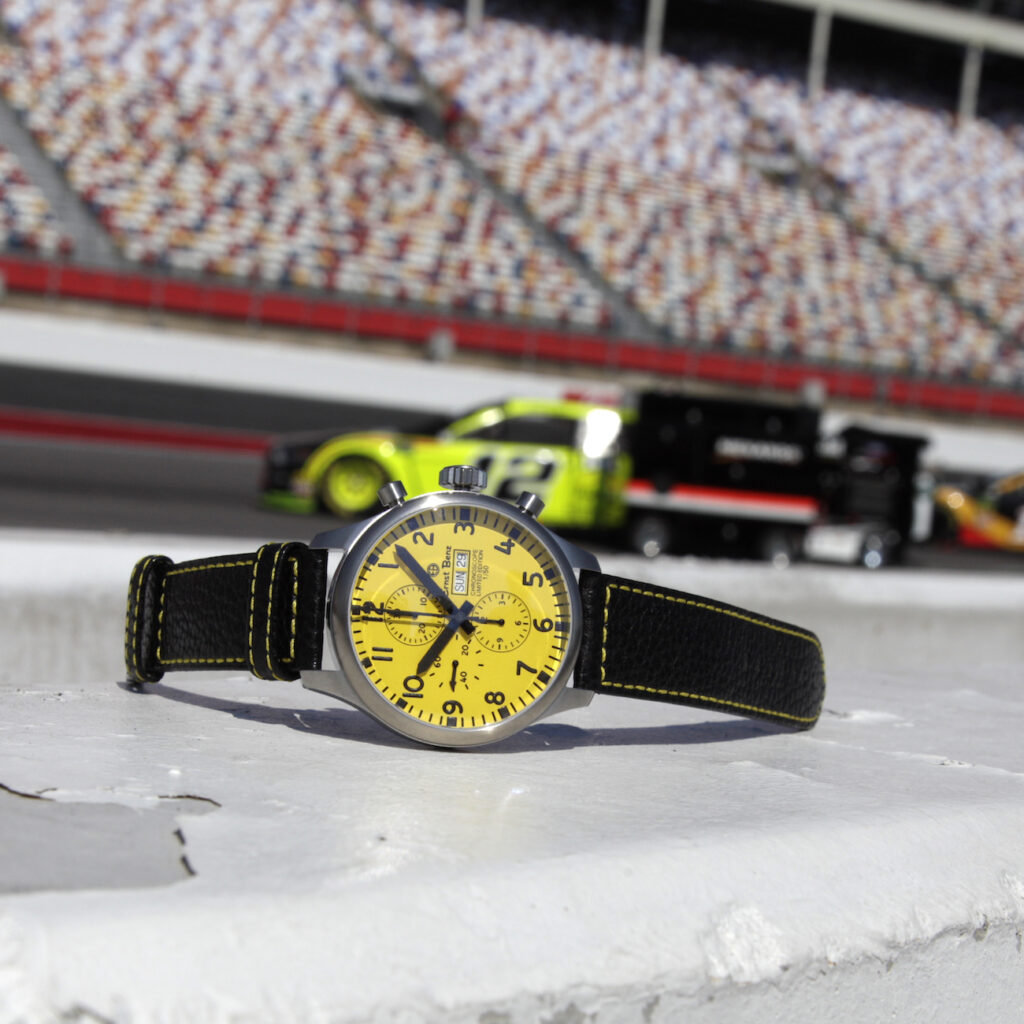 Ernst Benz and its affiliation with the world of motorsports evolved naturally from the field of aviation, according to Leonid Khankin, CEO of Ernst Benz. Both fields require accuracy, durability and performance.

“There is a natural connection between automotive timing and wristwatches, as wristwatches and chronographs were developed especially for aviators and timing cars,” Khankin notes. Both fields require accuracy, durability and performance and often share instruments. Benz was a gauge and instrument manufacture for two decades before creating his first wristwatch.

As the official timekeeper of the Nascar Coca-Cola 600 race, held last May at the Charlotte Motor Speedway, Ernst Benz presented the winner, Kyle Larson of Hendrick Racing, with a special edition of the Ernst Benz ChronoLunar Officer tool watch commemorating a decade since the ChronoLunar’s first release. Since it debuted, the ChronoLunar has become the best-known Ernst Benz collection, with the Officer being the most recent interpretation.

Ernst Benz has also served as the official timekeeper of the Nascar AAA 500 at the Texas Motor Speedway, as well as the Nascar All-Star Race and the Roval 400 in Charlotte, for which it will renew its participation in October 2021.

“We take a personal approach when we partner with motorsports brands,” explains Khankin. “ We look at each race on a case-by-case basis to create watches directly themed to the particular event.”  That approach, he adds, is recognized by the racers and the fans as more heartfelt and generates a strong bond between Ernst Benz and its partners.