Omega, the watchmaker that has officially timed the Olympic Games twenty-eight times, is currently timing its twenty-ninth at the summer games in Tokyo. And in case you missed it, Omega announced that in addition to three steel-cased ‘Tokyo 2020’ debuts it announced earlier, its final two ‘Tokyo 2020’ models are two gold-cased Seamaster Aqua Terra 150M watches.

These are the fourth and fifth official Omega ‘Tokyo 2020’ Olympic watches. 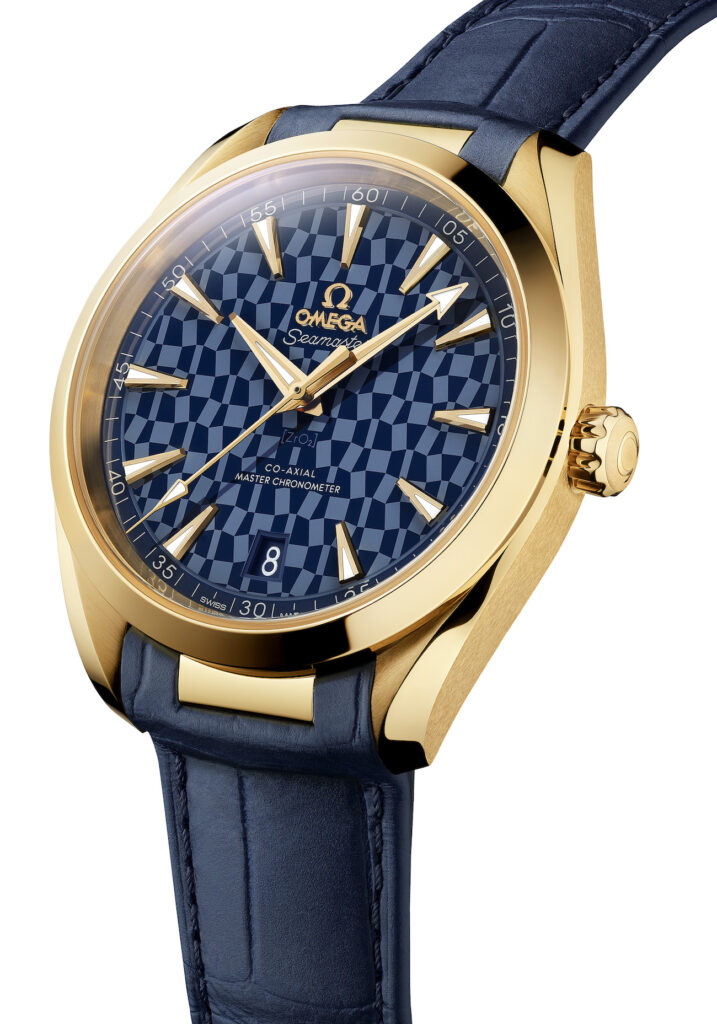 Omega offers the new Seamaster Aqua Terra 150M watches in 38mm or 41mm gold cases, both with blue leather straps. To underscore their Olympic designation, the watches have been laser-engraved with a pattern inspired by the Tokyo 2020 Olympic Games emblem. The emblem is also visible on the back of each watch printed on clear sapphire. 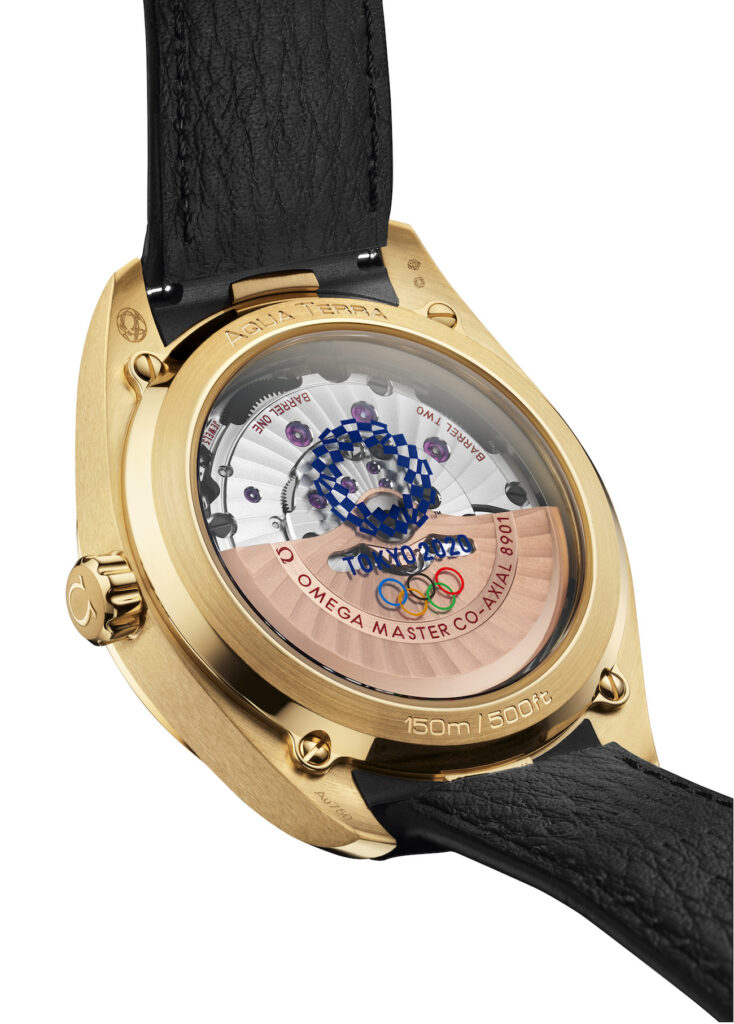 Inside the new Seamaster Aqua Terra watches Omega fits its superb Co-Axial Master Chronometer Cal. 8801 (inside the 38mm model) and Cal. 8901 (inside the 41mm model.)