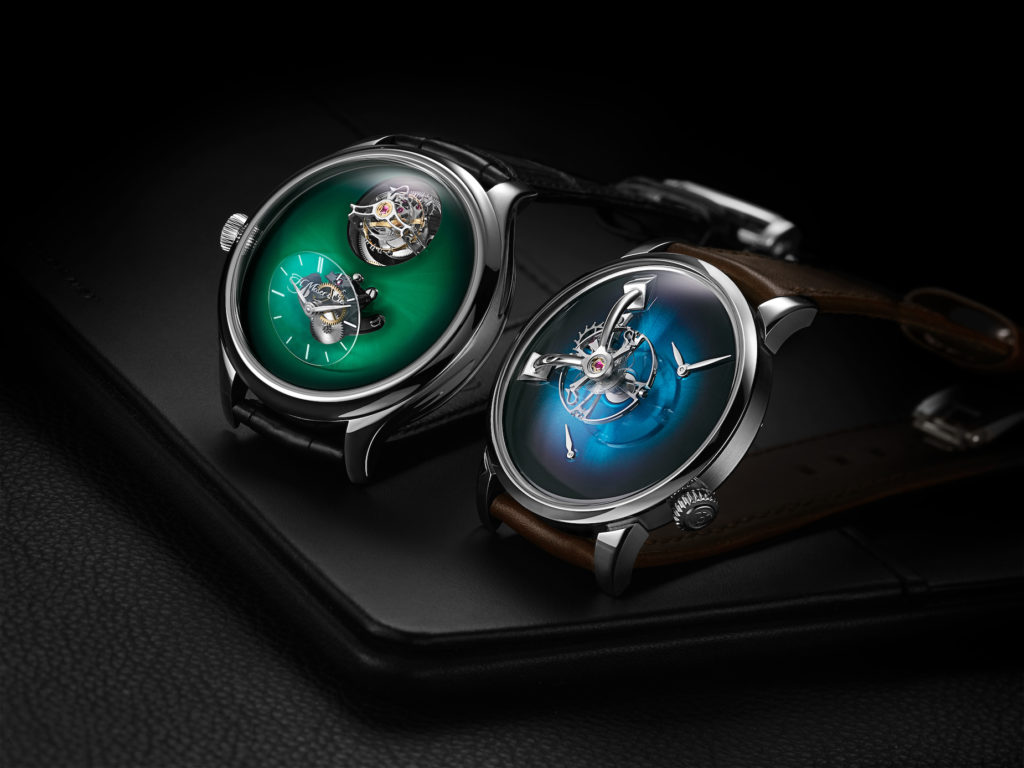 For many years Precision Engineering AG, a sister company of H. Moser & Cie., has been making balance springs for MB&F. These two high-profile independent watchmakers today expand their ties well beyond sharing component-makers by each launching a watch with functions and designs originally found on watches from both companies.

Thus, on the new Endeavour Cylindrical Tourbillon H. Moser × MB&F the wearer sees a cylindrical tourbillon and tilted dial that immediately recalls the MB&F LM Thunderdome or its Flying-T. 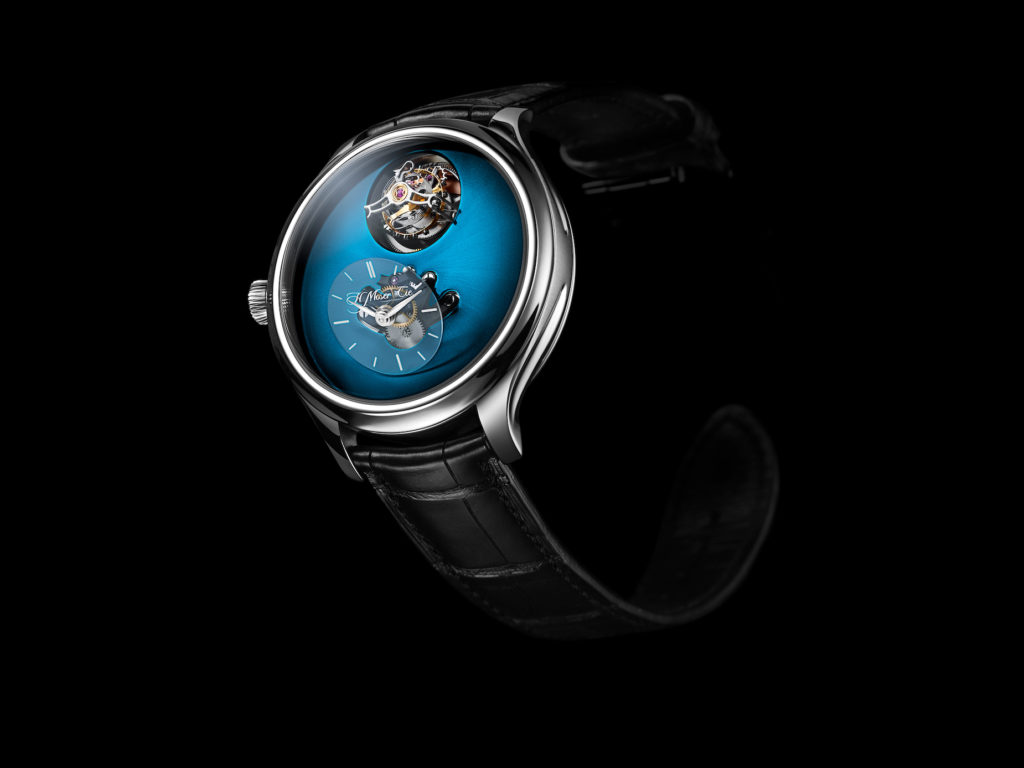 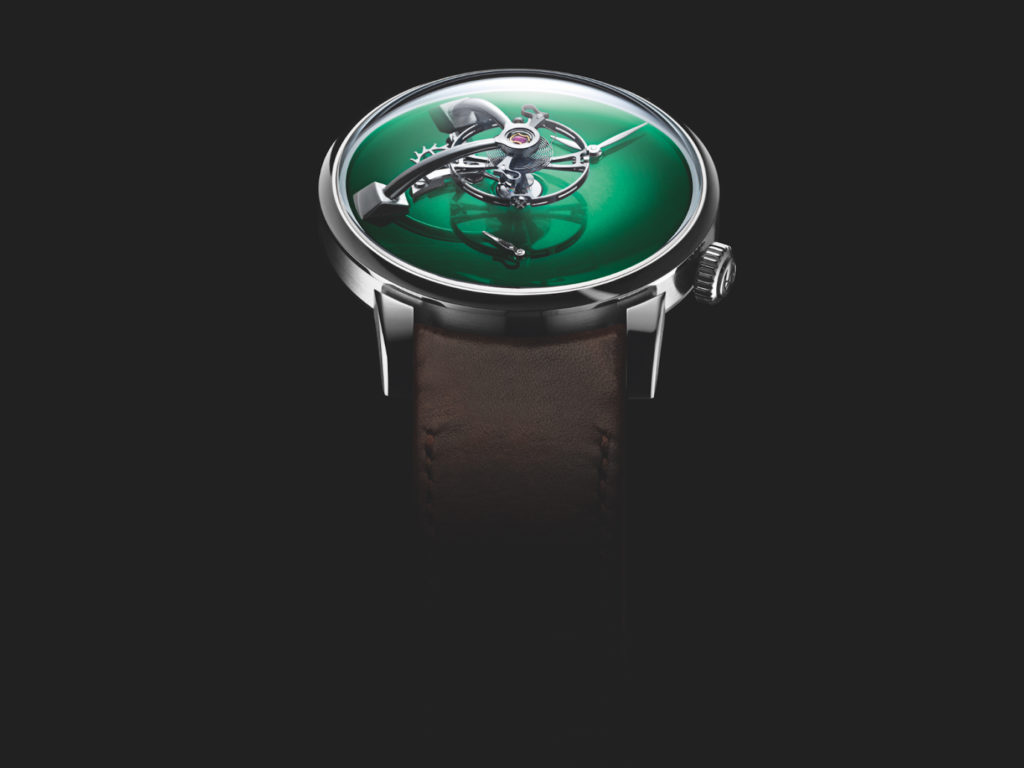 Both companies have jointly created these two new watches and will make them available in several versions with each issued in a fifteen-piece limited series. Fifteen signifies the 15th anniversary of MB&F and the fifteenth anniversary of H. Moser & Cie.’s re-launch. 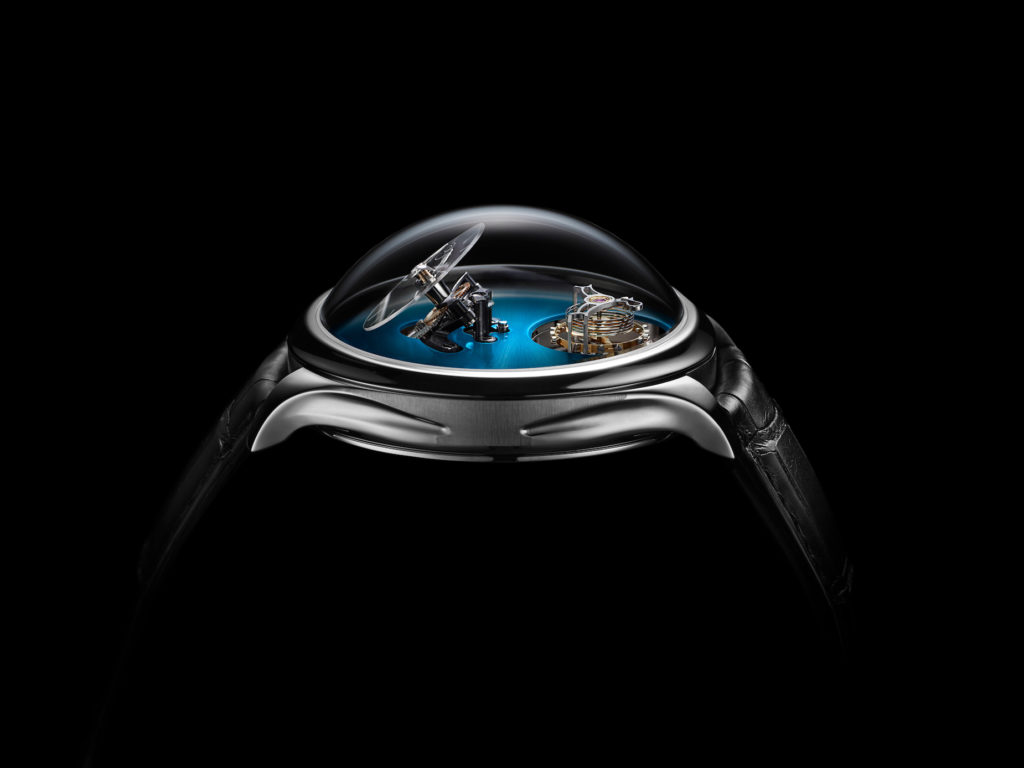 For this 42mm model, H. Moser & Cie. takes the MB&F concept of three-dimensional movements to another technical level with a one-minute flying tourbillon (with the aforementioned cylindrical balance) popping out of an aperture at 12 o’clock.

Down at 6 o’clock we see a 40-degree tilted dial, lifted directly from MB&F’s LM Thunderdome or Flying –T.  Rather than the white lacquer dial used by MB&F, here we find clear sapphire marked only by the H. Moser name, two hands and the twelve hour markers. 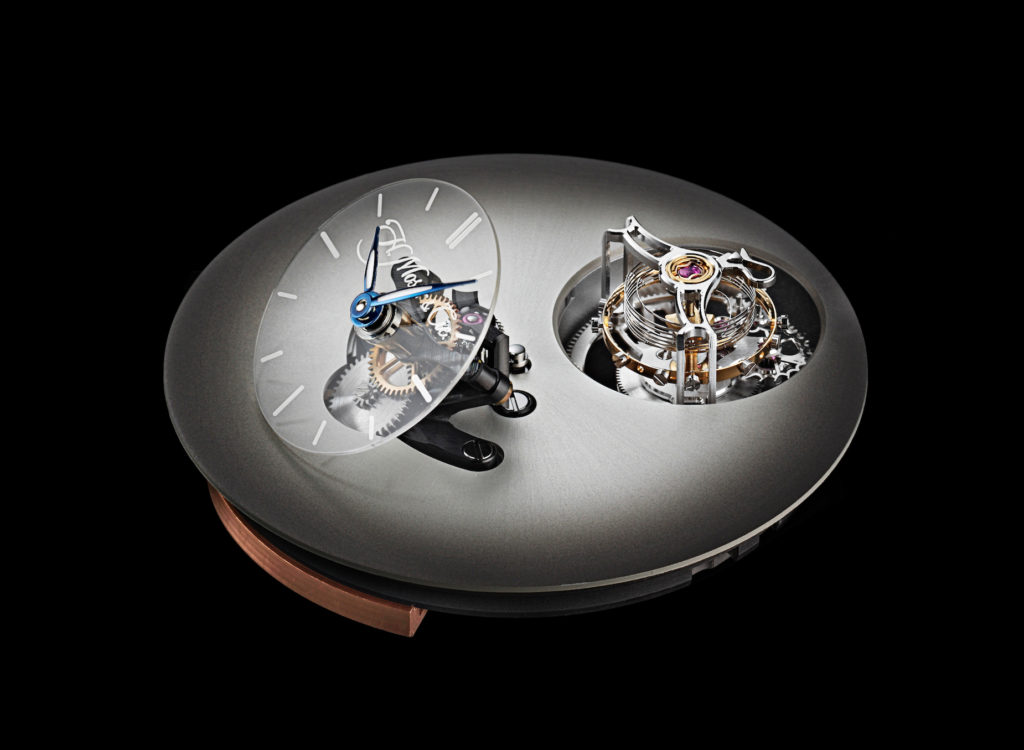 H. Moser CEO Edouard Meylan explains that his company has “Moserized the MB&F universe by developing a sapphire subdial, which melts into the background so as to highlight the beauty of our fumé dials.” 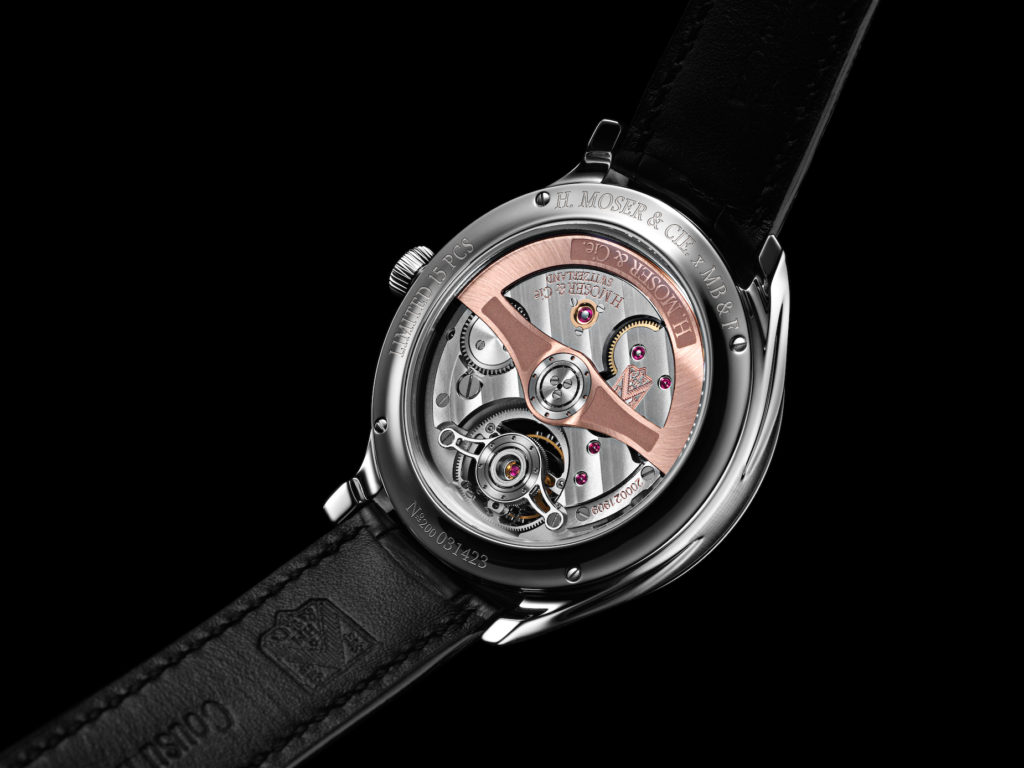 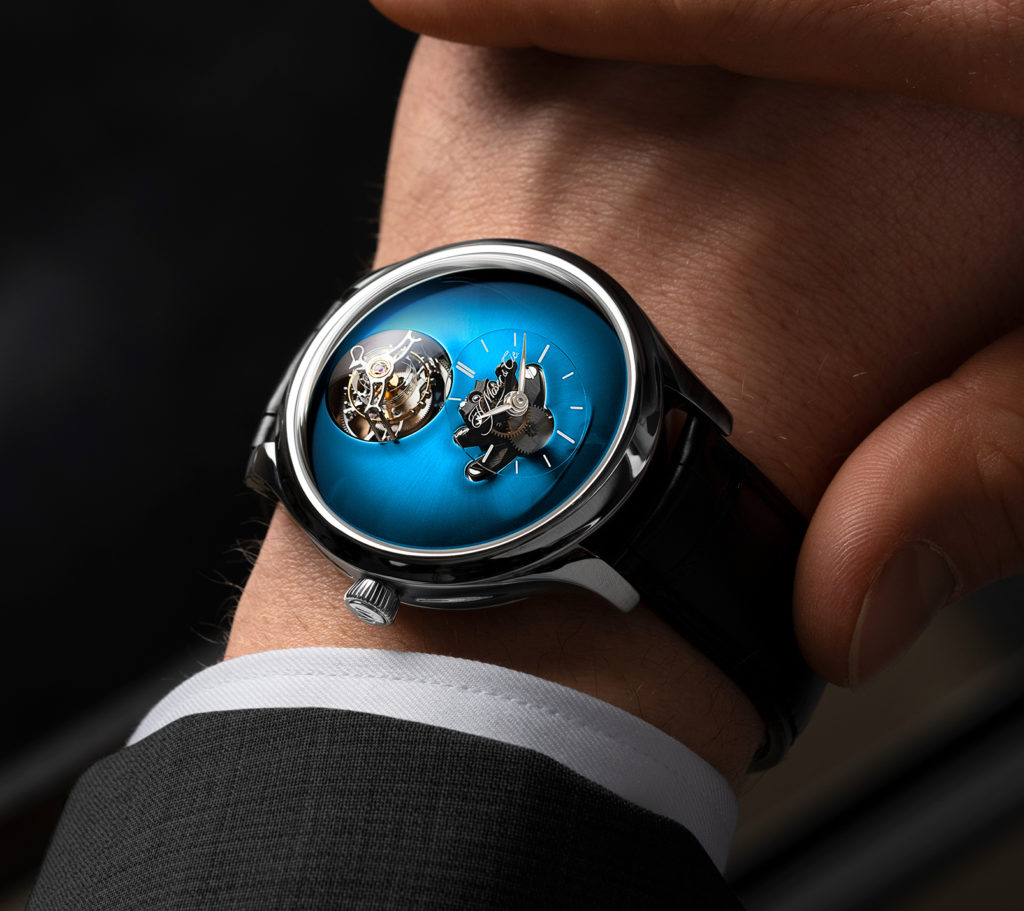 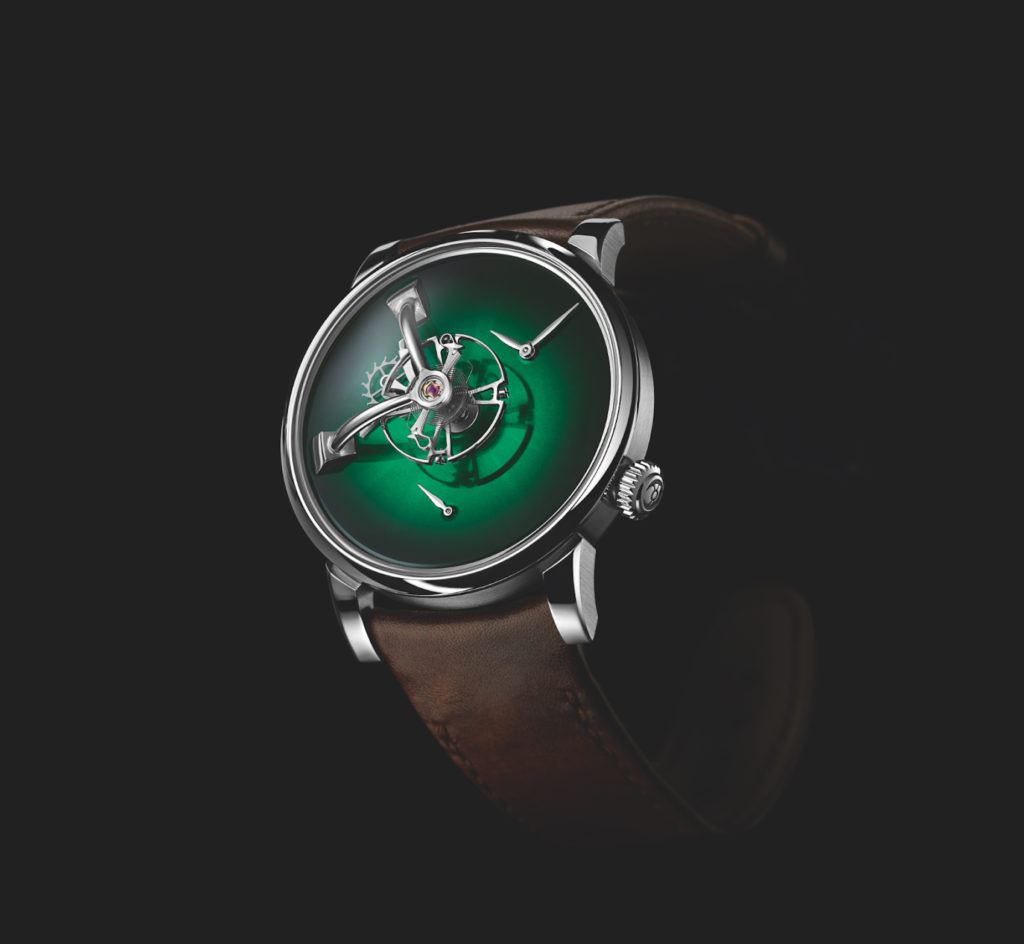 For its part in the cooperative venture, MB&F has outfitted its Legacy Machine 101 with distinctive H. Moser elements.

MB&F has retained the watch’s suspended flying balance, but has removed its own logo as well as the LM101’s white domed subdials, replacing them with an H. Moser fumé dial and three H. Moser hands showing hours, minutes power reserve. 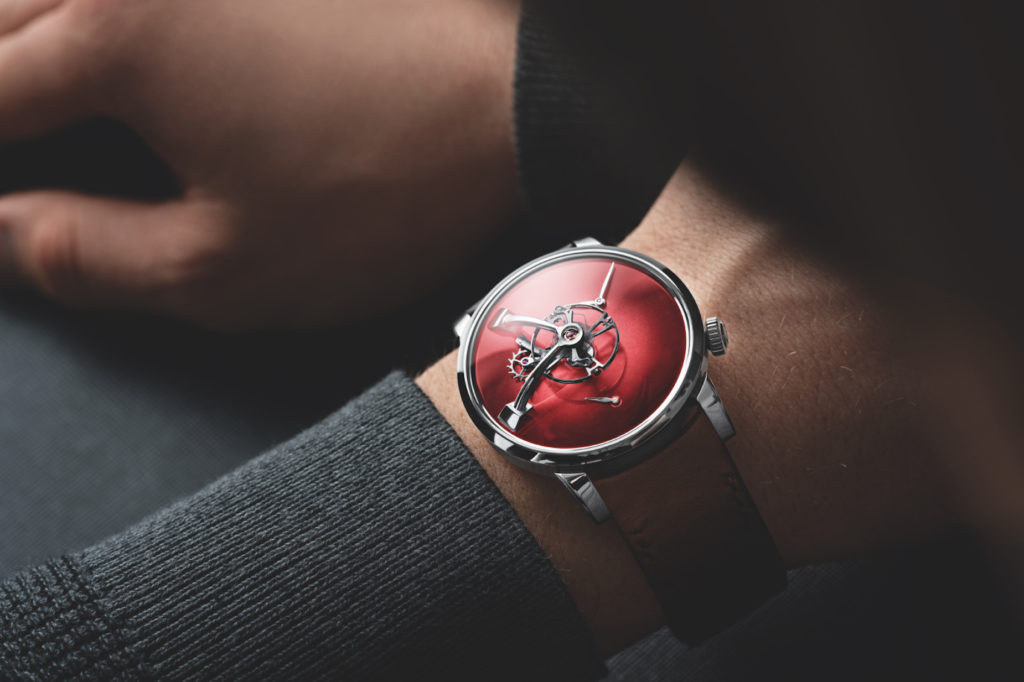 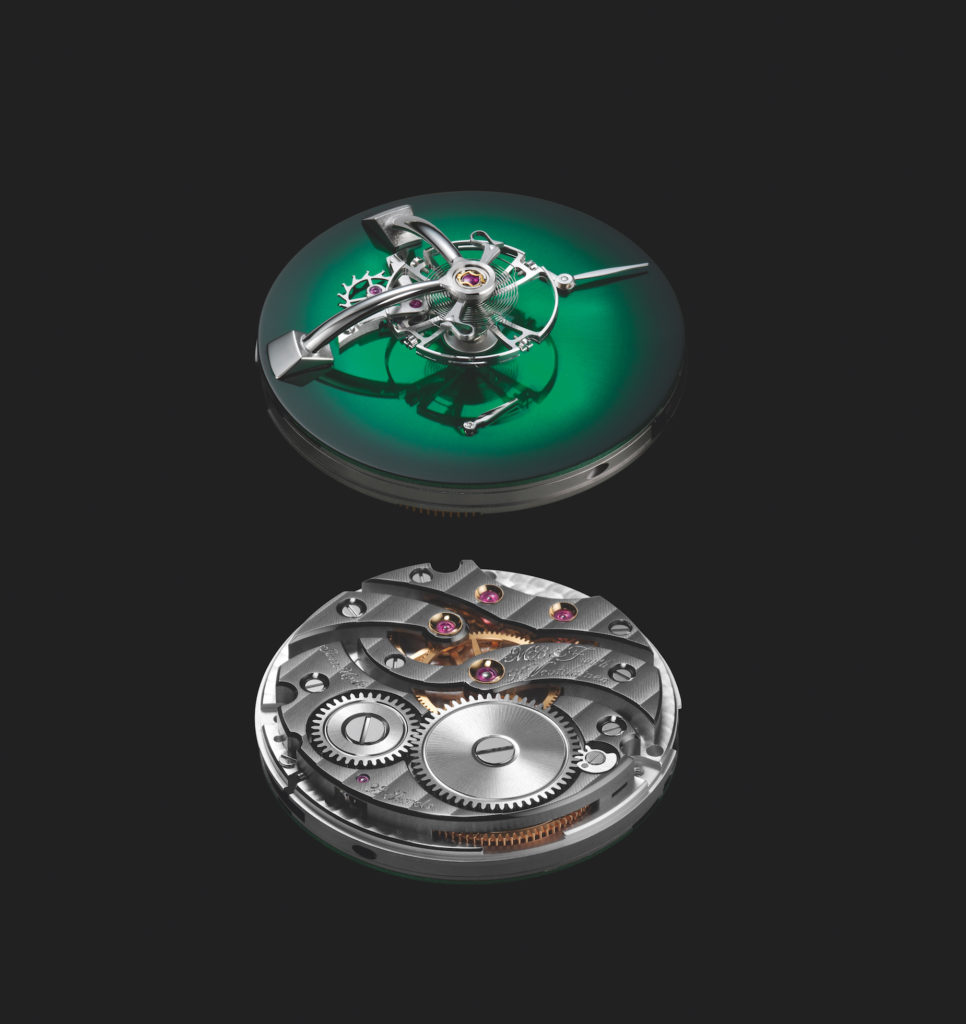 And there’s more ‘Mosering’ visible on this new LM101 MB&F × H. Moser. Rather than using a Kari Voutilainen finish, MB&F has supplied a contemporary NAC treatment to the movement, which is visible from the clear sapphire caseback. 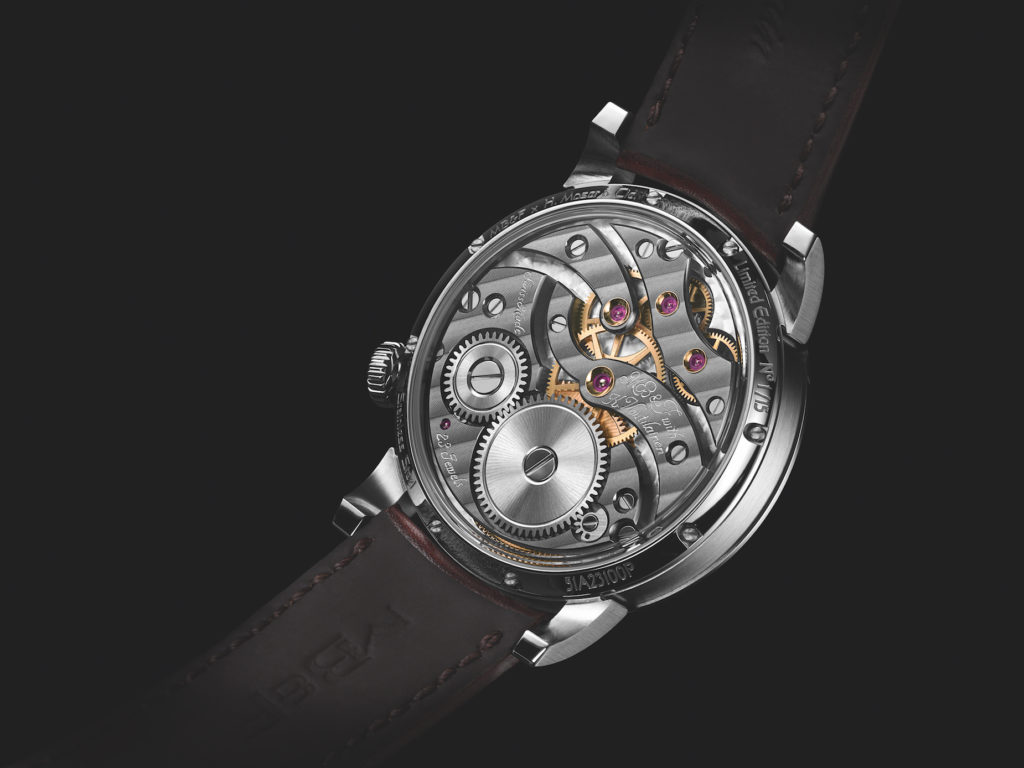 Moser CEO Edouard Meylan and MB&F founder Maximilian Büsser compare their new creations to a “duet recital in the form of an exceptional concerto for devotees of fine watchmaking.” 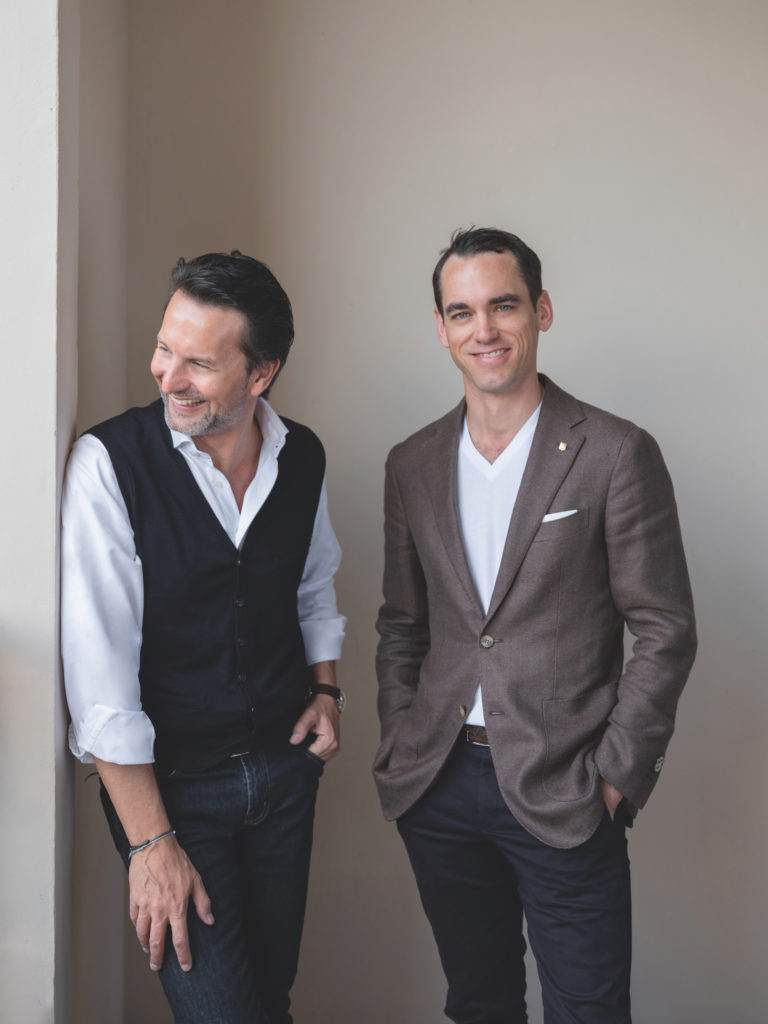 Clearly, the two independent watchmakers are making beautiful music together.