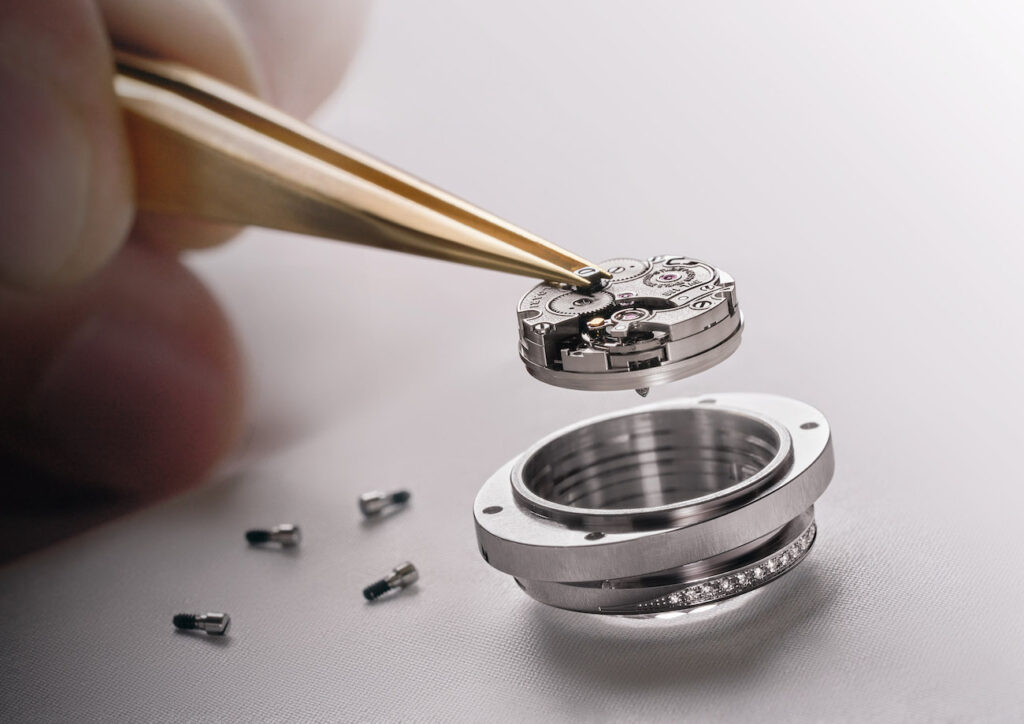 Bulgari dubs the new movement Piccolissimo (Italian for “very small”), and it is indeed one of the smallest mechanical calibers available, measuring a wispy 12.30 mm in diameter and 2.50 mm thick.

“We believe this is the smallest round caliber currently on the market, and it opens up a new world of possibilities for us in this collection and beyond,” notes Antoine Pin, managing director of Bulgari Watches.

With this 2022 debut, Bulgari re-establishes a mechanical time display within the Serpenti collection. The watch and jewelry maker debuted Serpenti in the 1950s outfitted with manual-wind calibers but in recent years has equipped the line with quartz movements. With only a few very limited exceptions, the Serpenti lines have been powered by quartz calibers since the late 1980s. 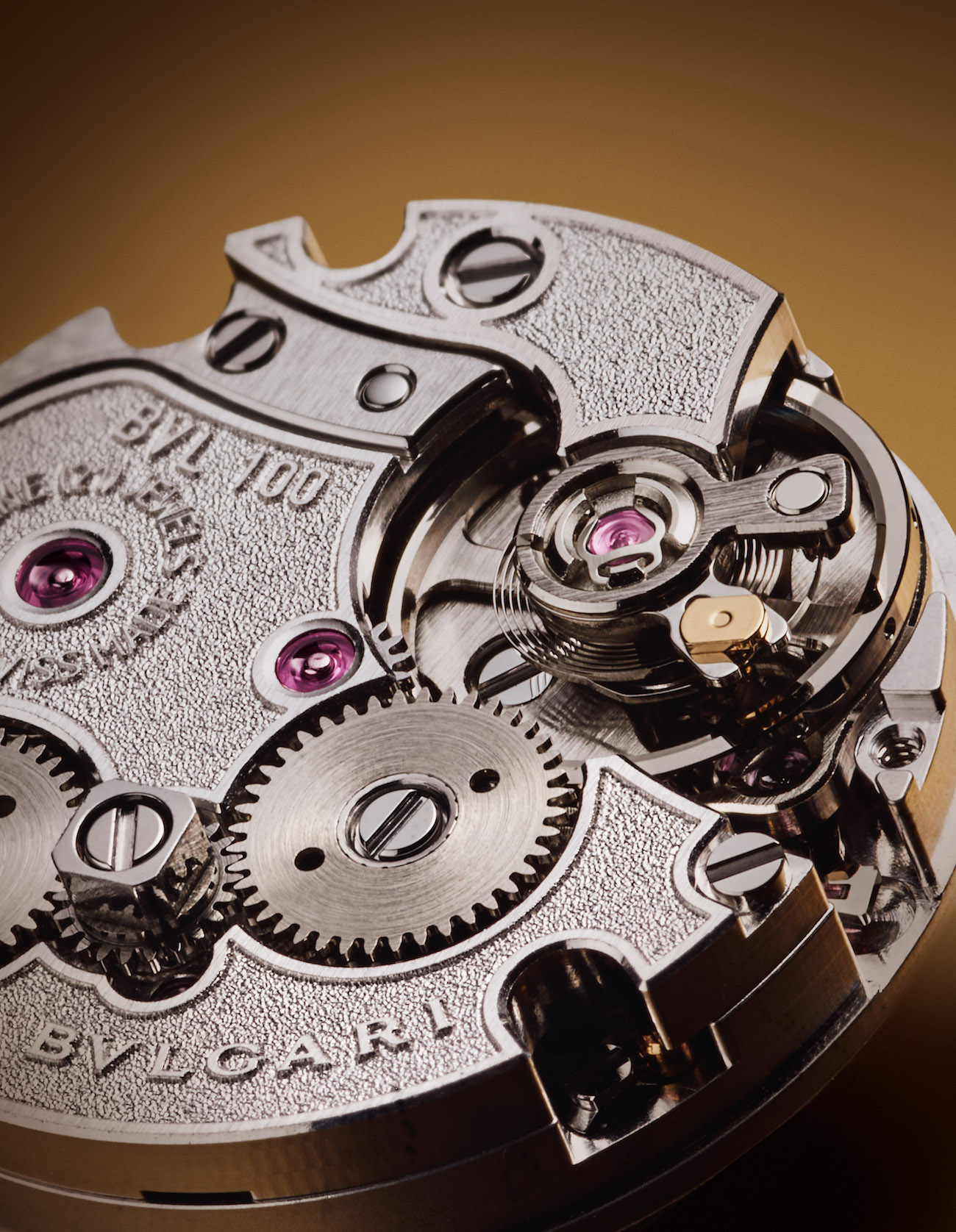 In addition to the new mechanical caliber, the Serpenti Misteriosi offers a wholly new convertible option: Each watch is designed to be worn on either wrist.

Bulgari has cleverly devised an interchangeable movement housing for Serpenti Misteriosi that can be removed from within the snake’s head and turned in the other direction to be visible on the left or right arm.

Bulgari explains that it builds the new BVL100 caliber with 102 components that in total weigh a mere 1.3 grams. In order to power the hands, watchmakers fit a 170mm-long mainspring into a barrel that measures 5mm thick and 1.47 mm across. And to ensure the greatest inertia, Bulgari opted for a white gold balance wheel.

The wearer views the time on the new Serpenti models by pressing the snake’s tongue, revealing the diamond-set dial. A bidirectional crown on the caseback controls Winding and time setting. 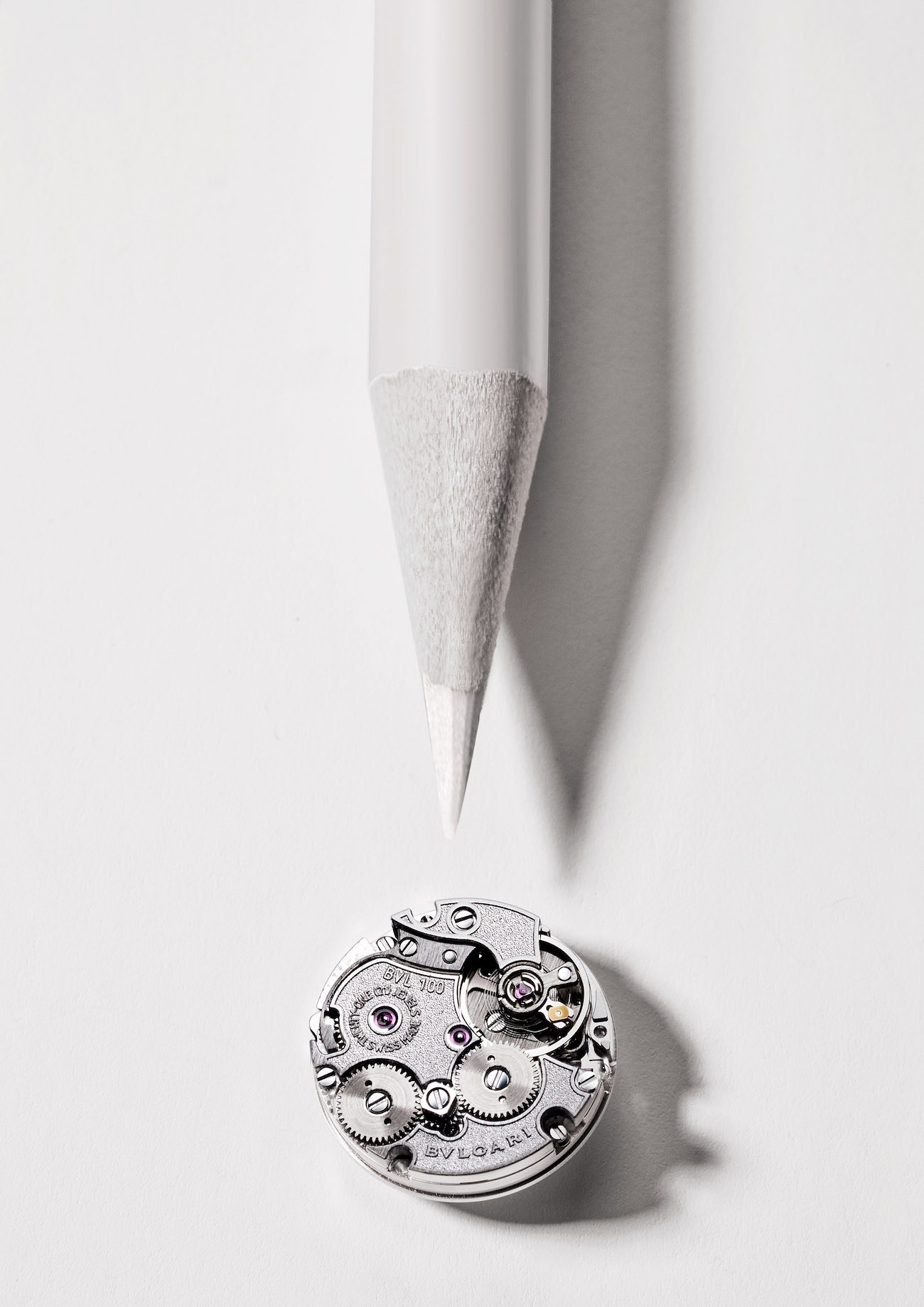 Since 2014 Bulgari has introduced a series of record-breaking (and award-winning) ultra-thin watches within its Octo Finissimo collection. With its new Piccolissimo caliber, Bulgari now expects to extend its dominance of ultra-thin watchmaking to what have traditionally been ‘ladies’ sized models with small diameters and high gemstone counts. 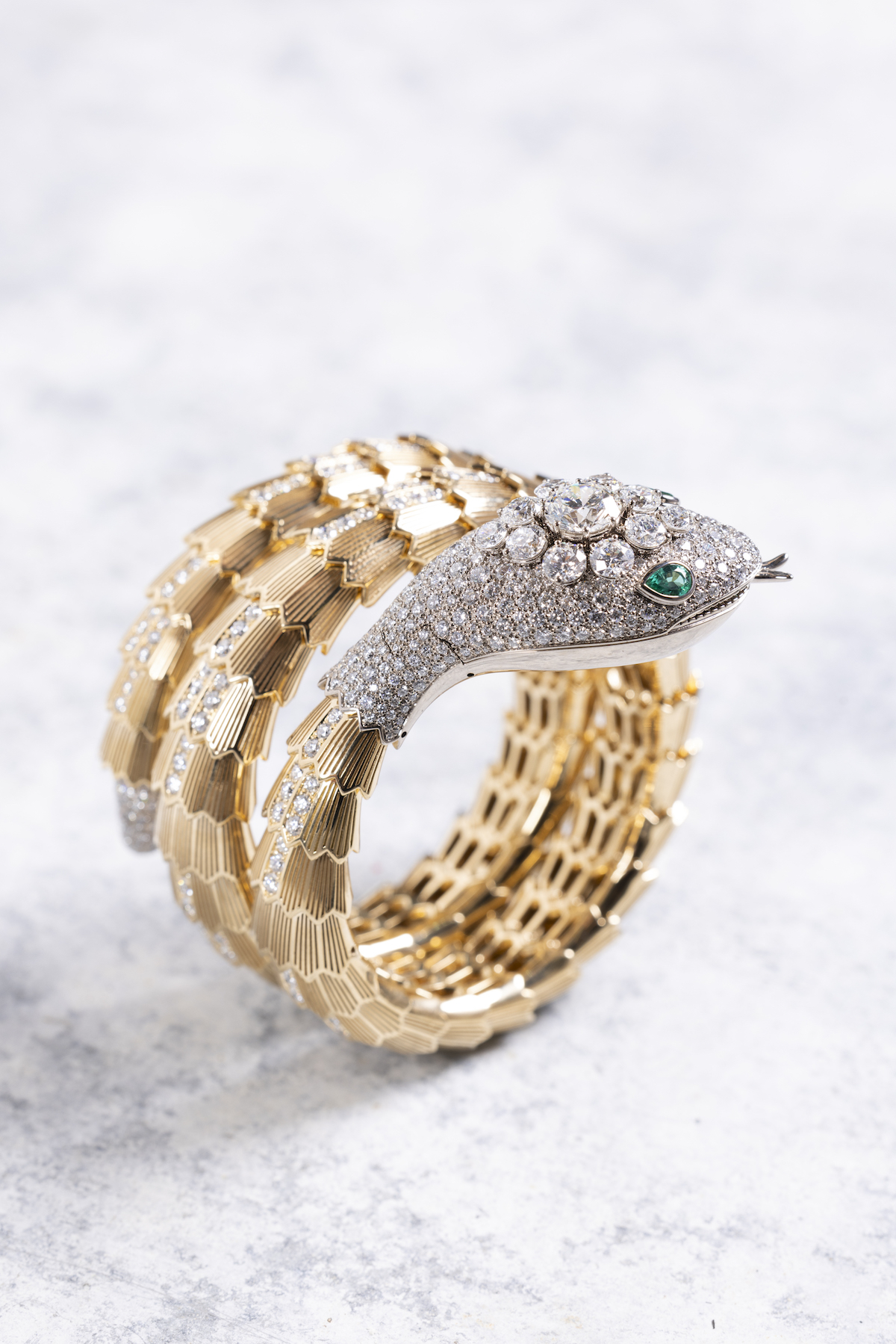