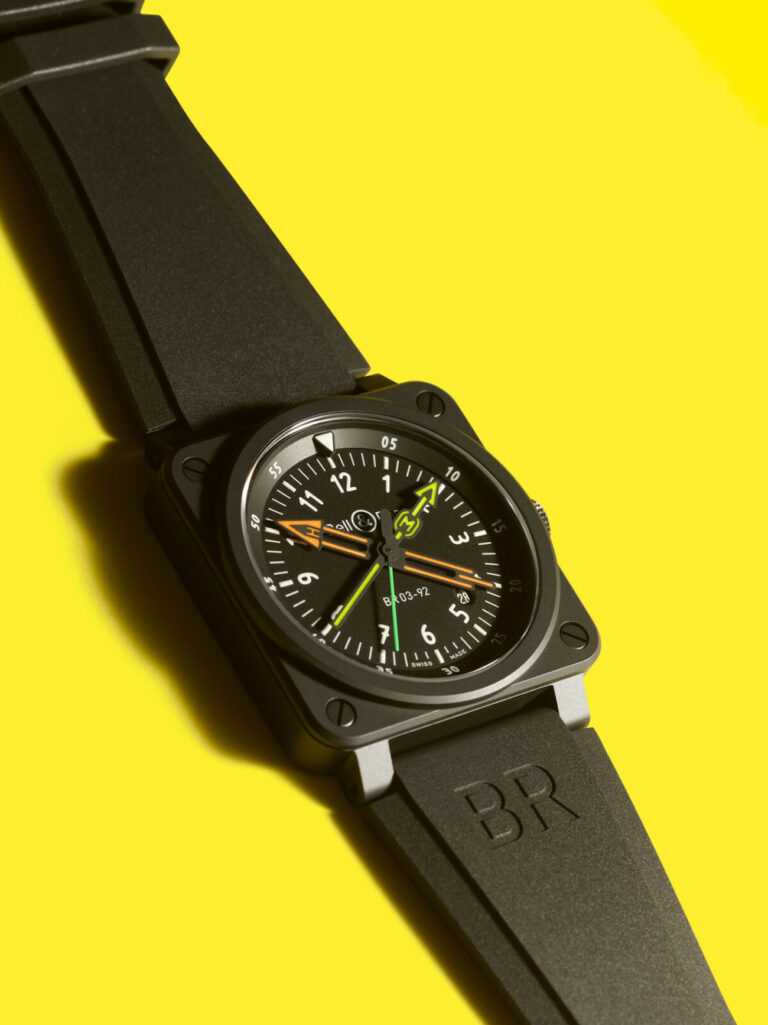 Bell & Ross adds a colorful new model to its Flight Instruments collection. The new BR 03-92 Radiocompass is the latest model in the series, which Bell & Ross debuted in 2010 to display time through the lens of cockpit tool designs and layouts.

Named to echo the on-board radio receiver that defines the position and direction of an aircraft via beacons on the ground, the BR 03-92 Radiocompass offers the wearer a matte black dial with three primary indications. Its innermost dial circle features the hour numerals, which are surrounded by the minute indexes. On the flange you’ll find the seconds numerals. 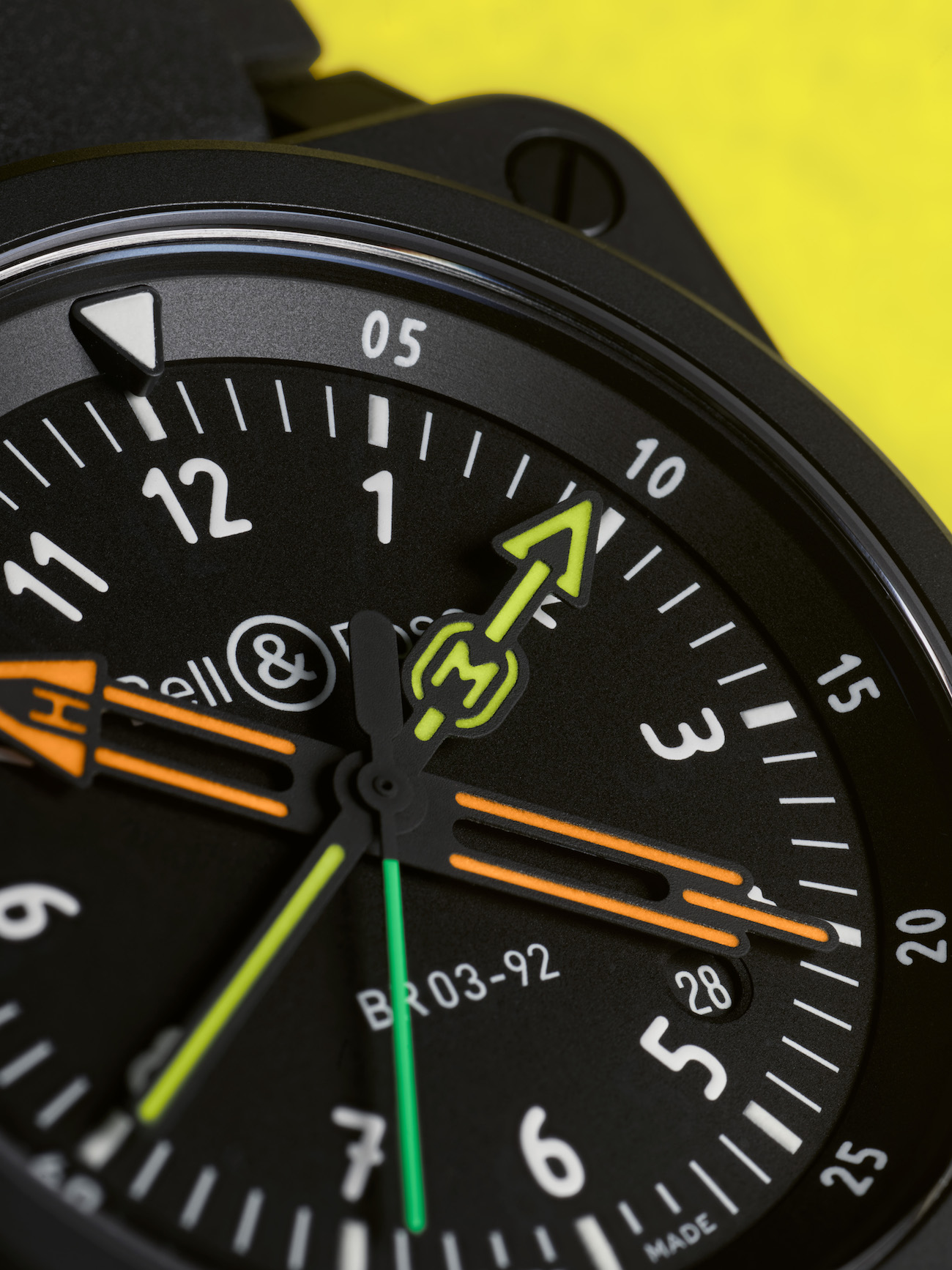 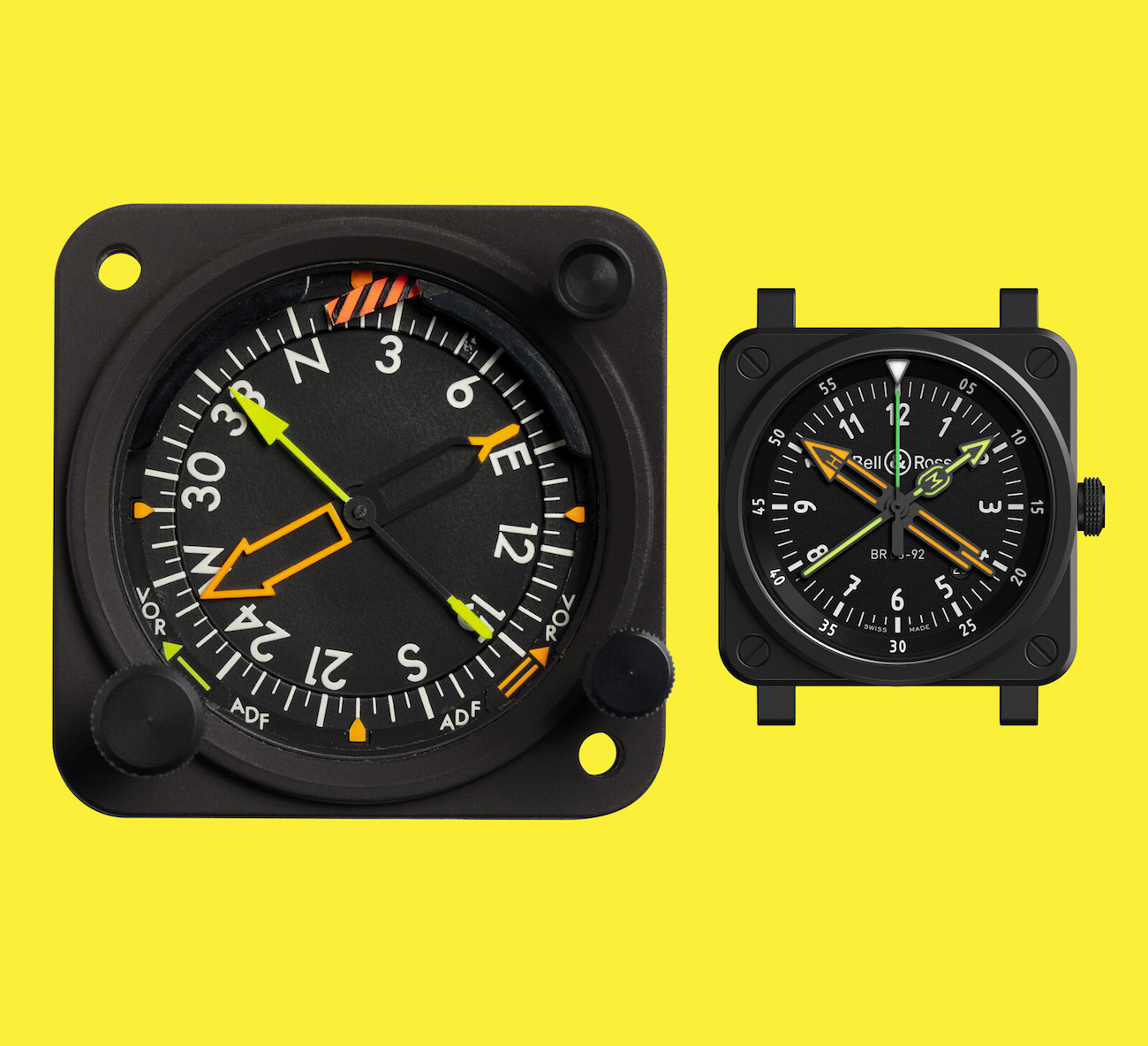 At the top of the dial you’ll see a white triangle, an aviation cockpit fixture. 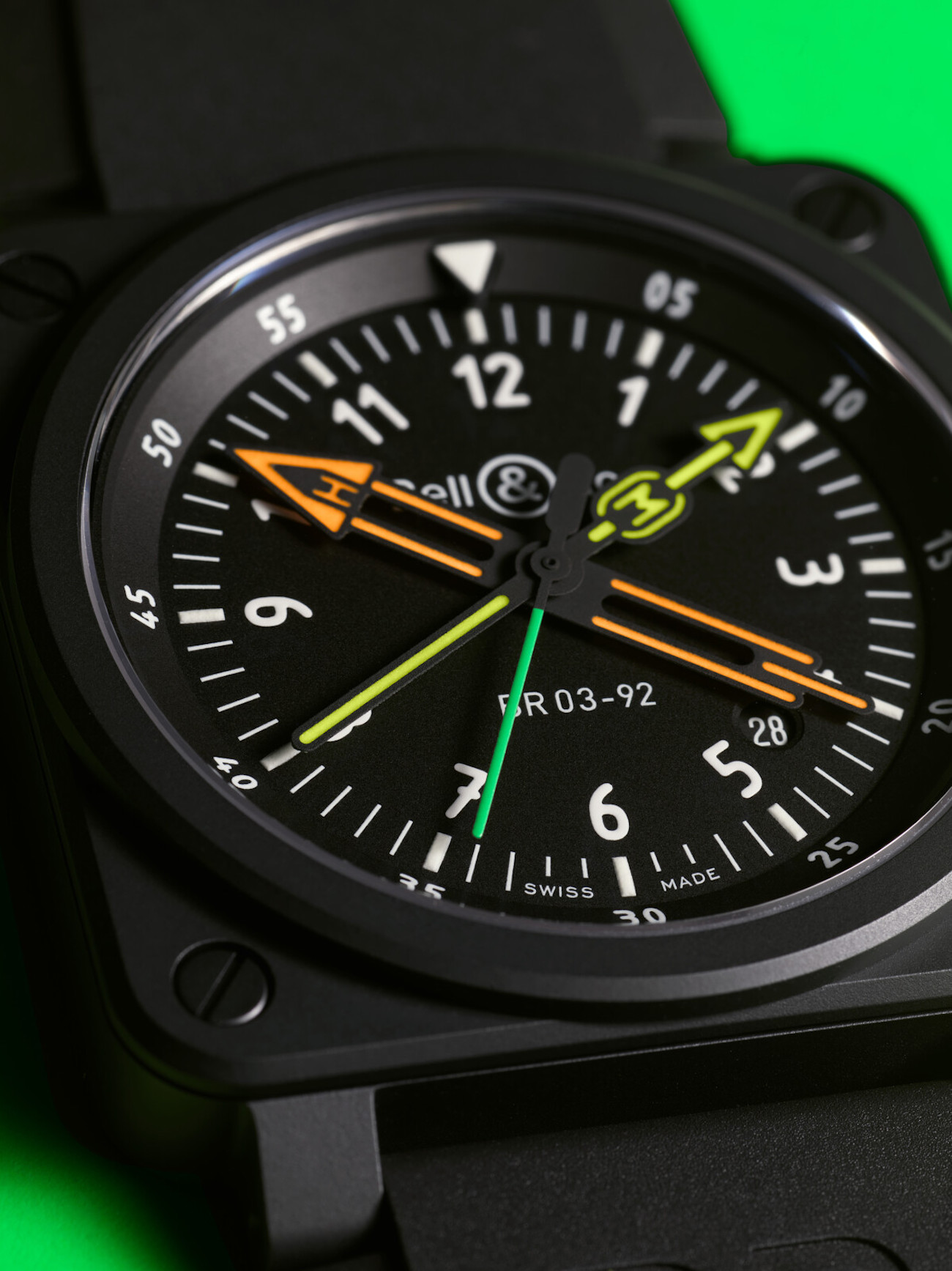 Bell & Ross has spent a considerable amount of effort to create unique hands for this new watch.

Influenced by Pop Art, the hands are brightly colored to heighten readability and each is shaped to clearly associate itself to a specific time indication. The largest hand indicates the hours and is painted orange with an H at its tip. The long baton minute hand is fit with an M just below its tip, and the thin seconds hand is painted green. 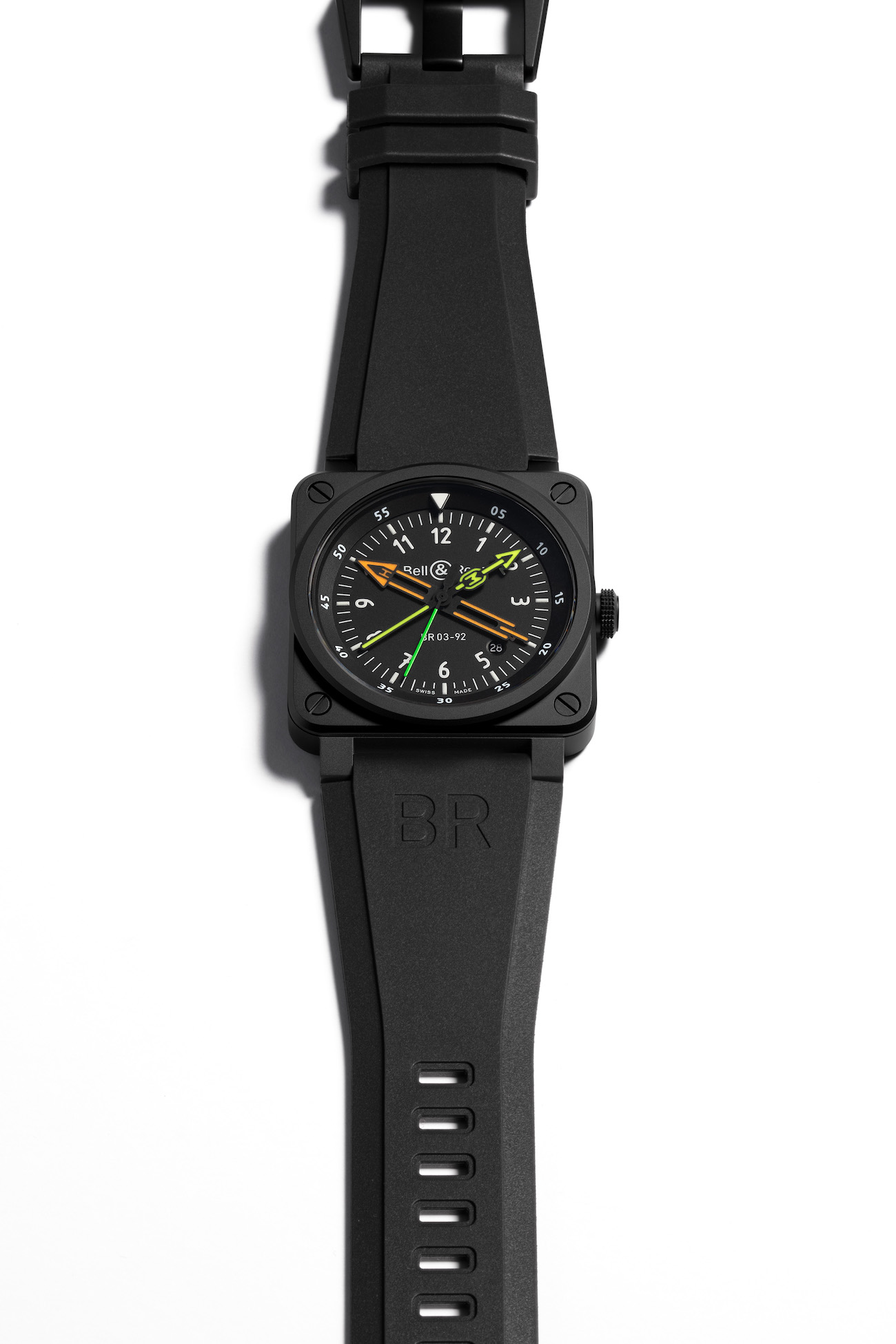 Bell & Ross also plays with the watch’s SuperLuminova accents. At night, the luminescent indexes take on blue tones as the minutes appear green. The hour hand first turns yellow and then ends its luminescence in green. 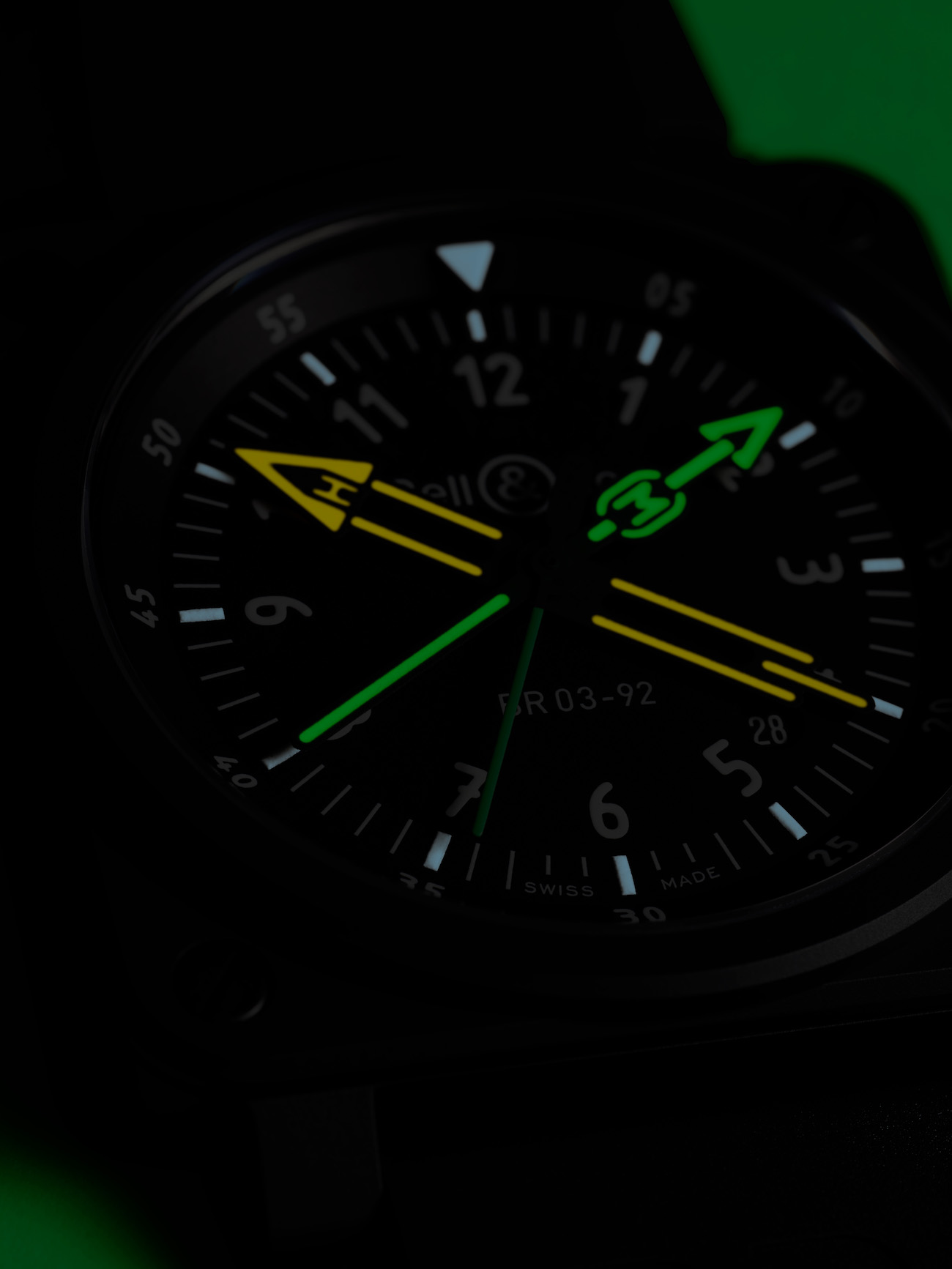 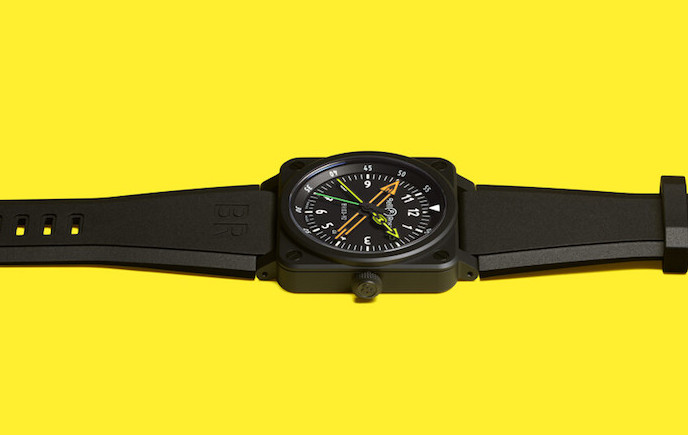 This 42mm by 10.4mm matte black ceramic watch is water resistant to 200 meters and is powered by an ETA-based automatic BR-CAL302 caliber.

Previous watches in the Bell & Ross Flight Instruments collection include:

— The HUD (Head Up Display) from 2020, which combined rotating discs and analog hands.