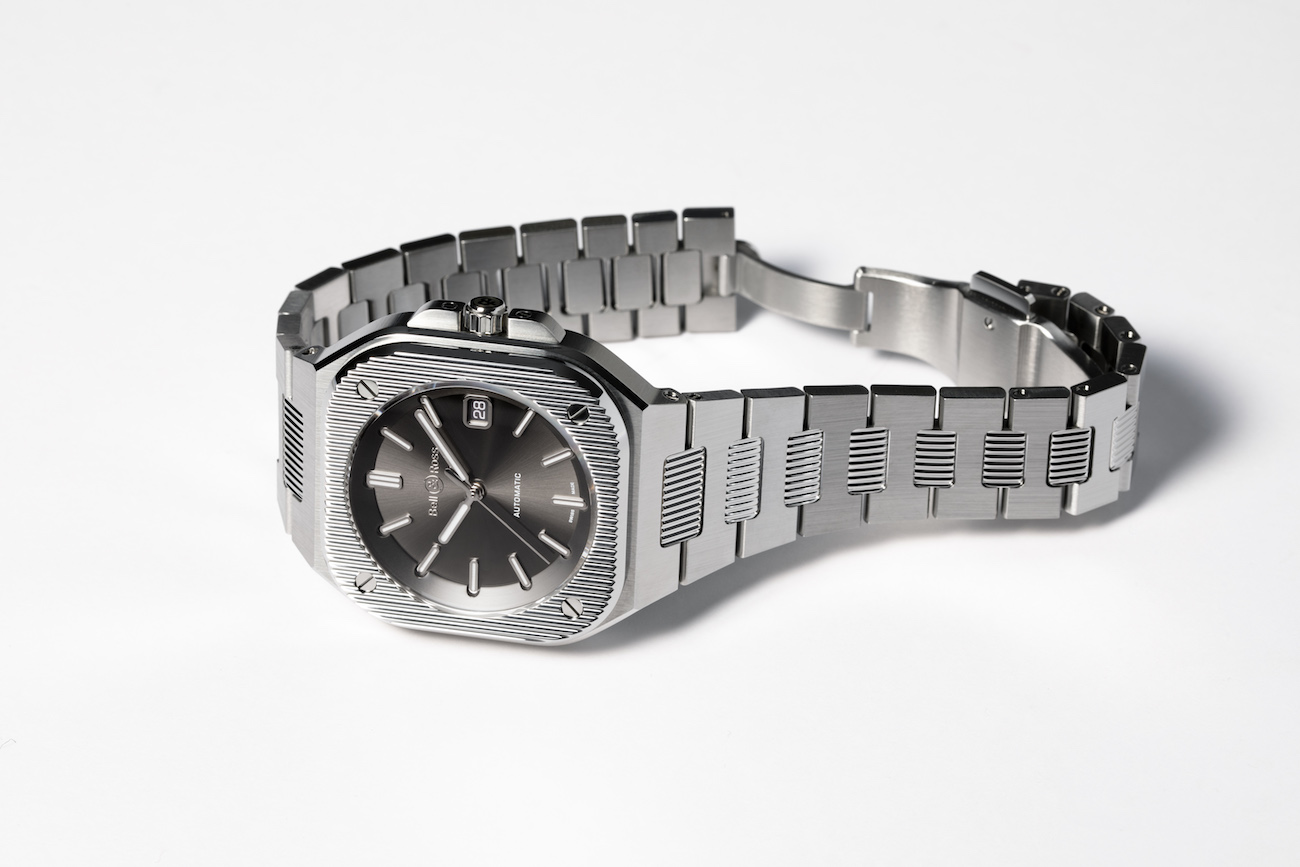 Bell & Ross dresses up its BR 05 with 1930s-era industrial design accents to create the new BR 05 Artline, a limited edition of 250 pieces.

The Franco-Swiss watchmaker introduced the “round within a square” BR 05 design with integrated bracelet in 2019 and it quickly became a best seller. Now, Bell & Ross adds new artistic style to underscore the fluid lines of the collection.

Called Artline, the new décor accents the case and bracelet of the watch with distinctive aerodynamic lines. 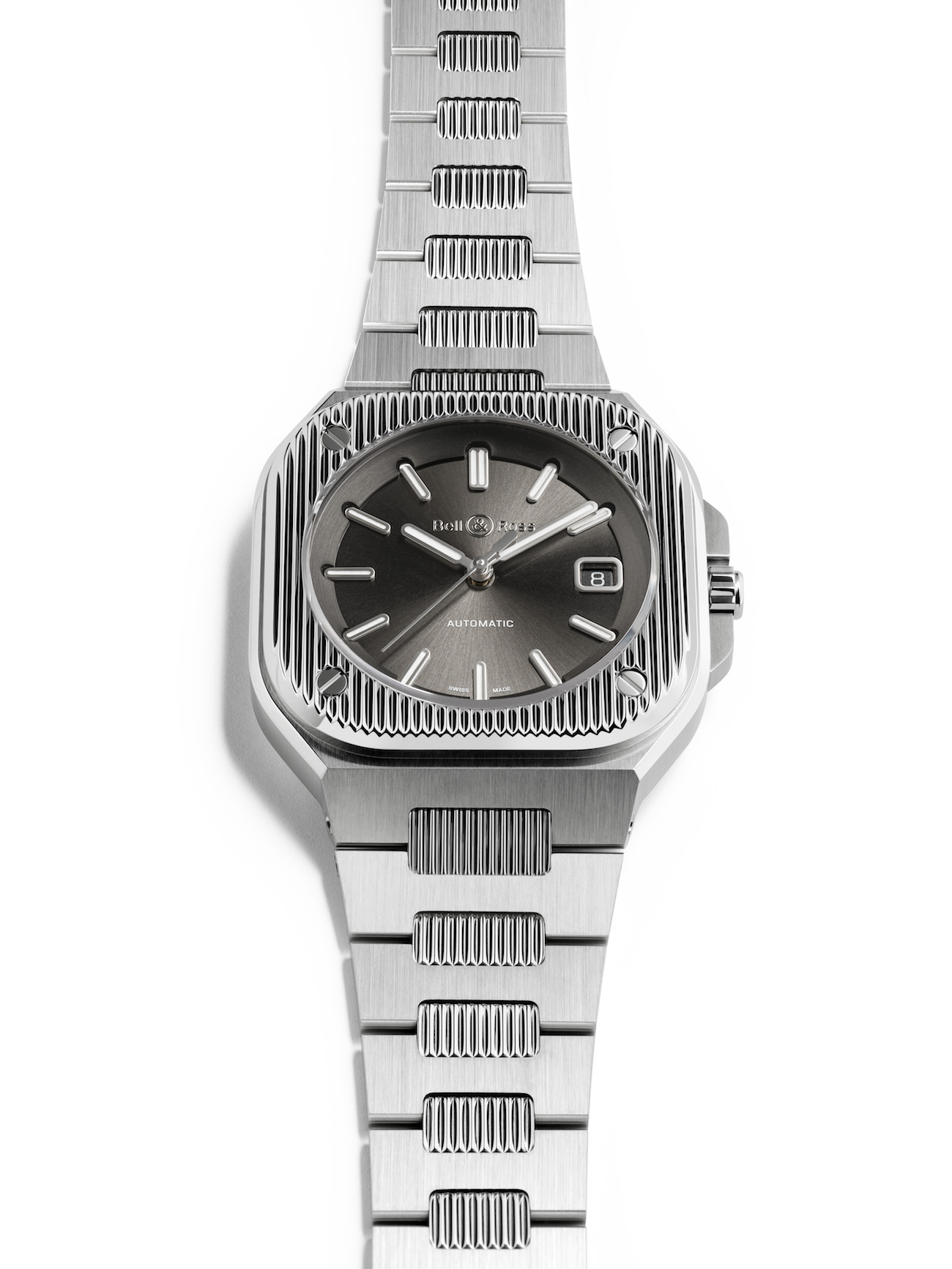 “This name indicates that it incorporates an artistic dimension (art) in its design (line). When you look at it, you immediately think of the American style of the Stream-Line,” explains Bruno Belamich, co-founder of Bell & Ross. The new finish appears on the one-piece bezel, which is fixed to the case with four screws, and on the central bracelet links, uniting the overall style. 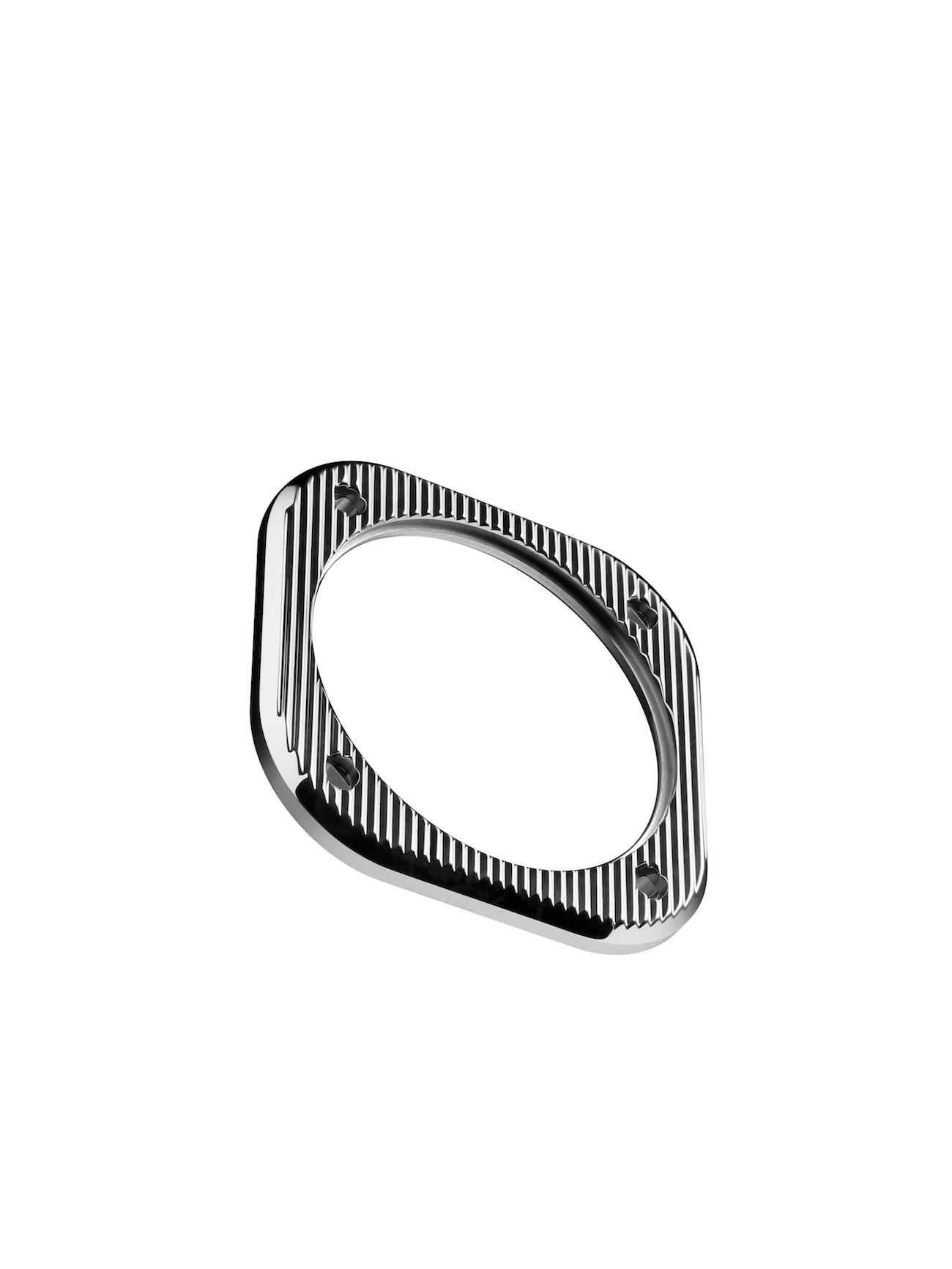 Belamich, who is also creative director for the brand, explains that the somewhat ornate BR 05 Artline design was inspired by air travel and architecture.

The folded metal, he explains, recalls the first transport planes of the 1940s, which were known for their corrugated aluminum fuselage. The technique instilled lightness and resistance to deformation to the airplane.

The BR 05 Artline’s architectural inspirations can also be seen in the aluminum facades of buildings and on avant-garde lighting and furnishings. 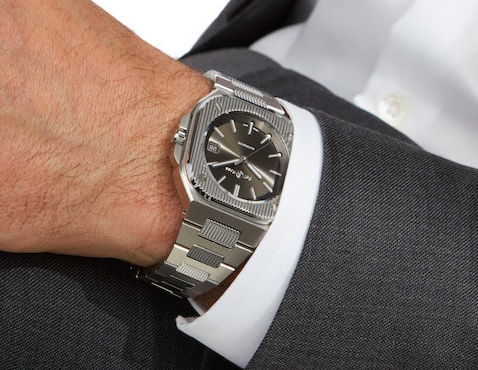 The new watch also utilizes a new dial color for Bell & Ross: sunburst ruthenium grey. The result of metallization process, the dial nicely complements the steel case, especially with its generous use of Superluminova on the hands and markers.

Bell & Ross powers the BR 05 Artline with its Sellita-based automatic BR-CAL 321 caliber, which is visible through a sapphire caseback. The movement’s rotor is designed to echo the look of a sports car rim.