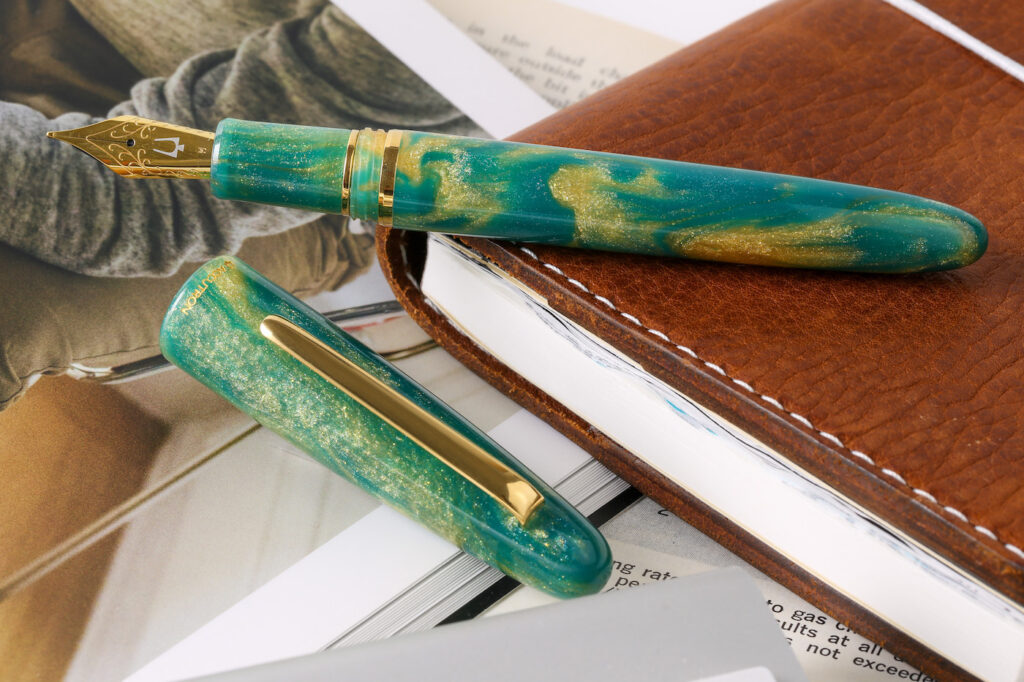 With East Coast roots and an American heritage that has served them well, Accutron and Esterbrook have joined forces to produce the Accutron by Esterbrook—a pen collection that commemorates both well-known brands and their inventive spirits. 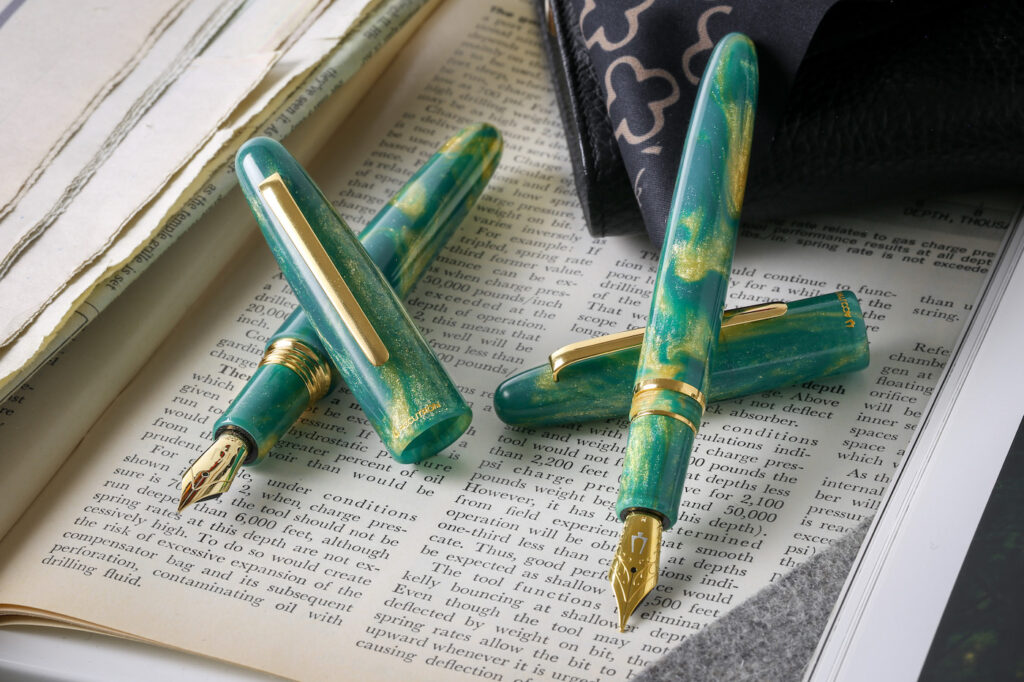 “Accutron and Esterbrook pens are two storied American brands who share the same DNA,” said Jeffrey Cohen, President of Citizen Watch America, Accutron’s parent company. “Pioneering their respective industries with the spirit of innovation, both brands made history and continue to do so today through these special collaborative projects.”

A bit of history

Richard Esterbrook, a Cornish Quaker, arrived in the United States from England in 1856 and founded the Esterbrook Steel Pen Manufacturing Company in Camden, New Jersey. The company thrived, and Esterbrook eventually grew to include nearly 500 employees, eventually producing about 216 million pens a year. Though it began as a dip pen maker, Esterbrook’s wares grew to include fountain pens as well.

Not long after Accutron released its first watch in 1960, President John F. Kennedy used an Esterbrook pen to write the speech that set the United States on a course to the moon. In another twist of intermingled fate, NASA used Accutron technology on dozens of missions later that same decade, and into the next.

The Accutron Oversize Estie pen with an 18-karat gold nib is limited to 100 pieces, each pen numbered.

This new Estie pen series is made from a proprietary DiamondCast formula in Accutron’s emblematic green, here blended with gold and diamond dust. Each pen is equipped with a cushion cap closure to provide a secondary seal  ensure an easy start. The fountain pen nibs are specially manufactured for Esterbrook by German nib maker Jowo and may be inked with any international cartridge or converter.

Incidentally, the Estie is one of the most-loved (and prolific) collections within the Esterbrook range of pens. It offer a classic style, numerous nib options and a penchant for color, all of which have made it a favorite among young and old, serious pen collectors and those just seeking a pleasurable everyday pen. 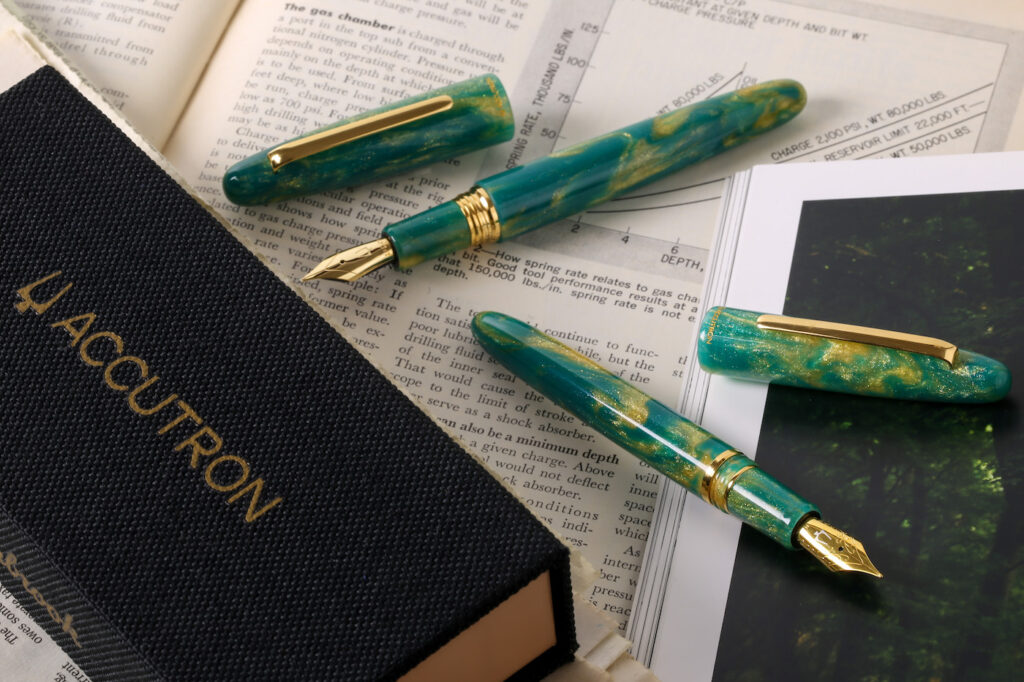