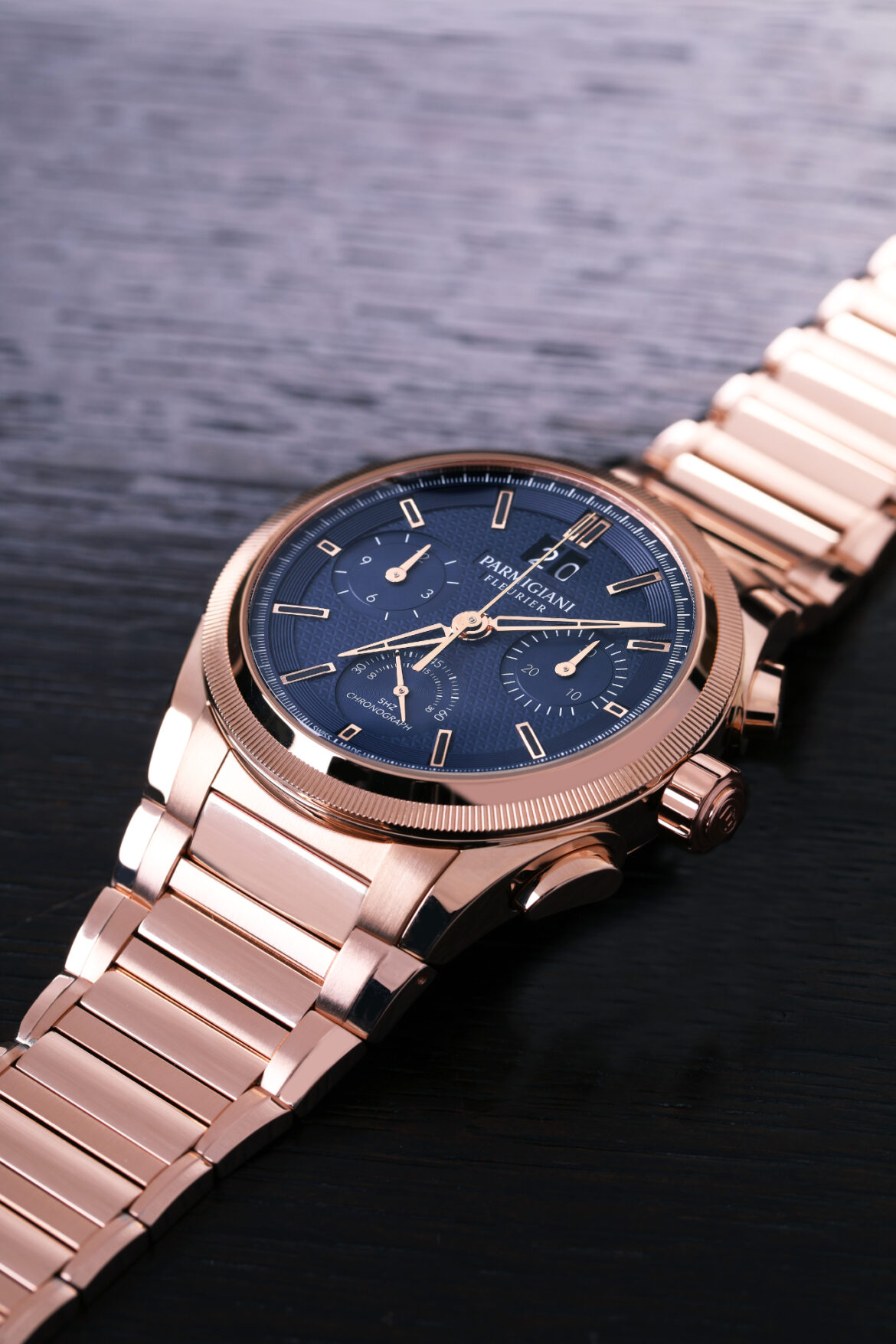 Parmigiani Fleurier earlier this year underscored its technical mettle by adding the Tondagraph GT to its Tonda GT collection. That limited-edition chronograph features a large date display and, unusually, an annual calendar, all placed into a case inspired by the highly acclaimed Tonda Chronor Anniversaire watch, for which the Manufacture received the Chronograph Watch Prize from the GPHG in 2017.

For Fall 2020 Parmigiani Fleurier revisits that same fluted-bezel case, but makes it in rose gold and fits it with an impressive integrated chronograph built on the foundation of that award-winning Chronor Anniversaire.

Thus, the new high-frequency (36,000 bph) caliber is built with a column wheel instead of a cam, utilizes a vertical clutch instead of the more common horizontal clutch, and secures its balance using a double-attached cross-through bridge rather than a single-point bridge. 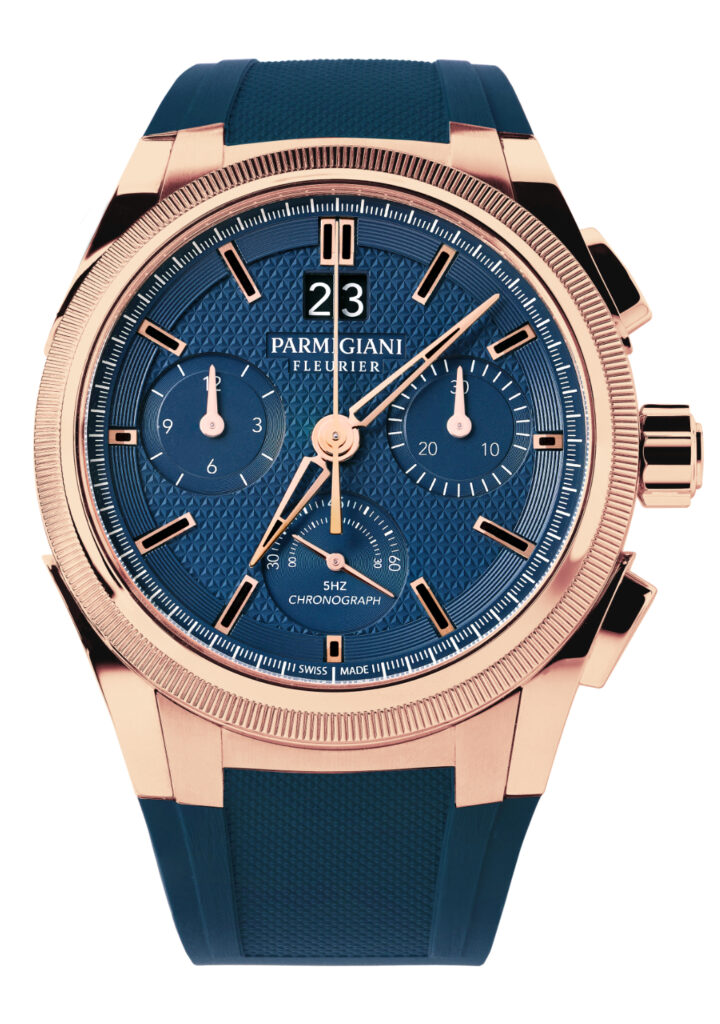 Parmigiani Fleurier explains that this type of bridge attachment “minimizes the effect of impacts to the balance with gold inertia blocks and has been designed so that its height can be adjusted and adapted precisely to the rest of the movement.”

With its high frequency chronograph caliber, which is accurate to the nearest 10th of a second, Parmigiani Fleurier has added two additional markers and hands within the subdial at 6 o’clock for the tenths-of-a-second timing display. 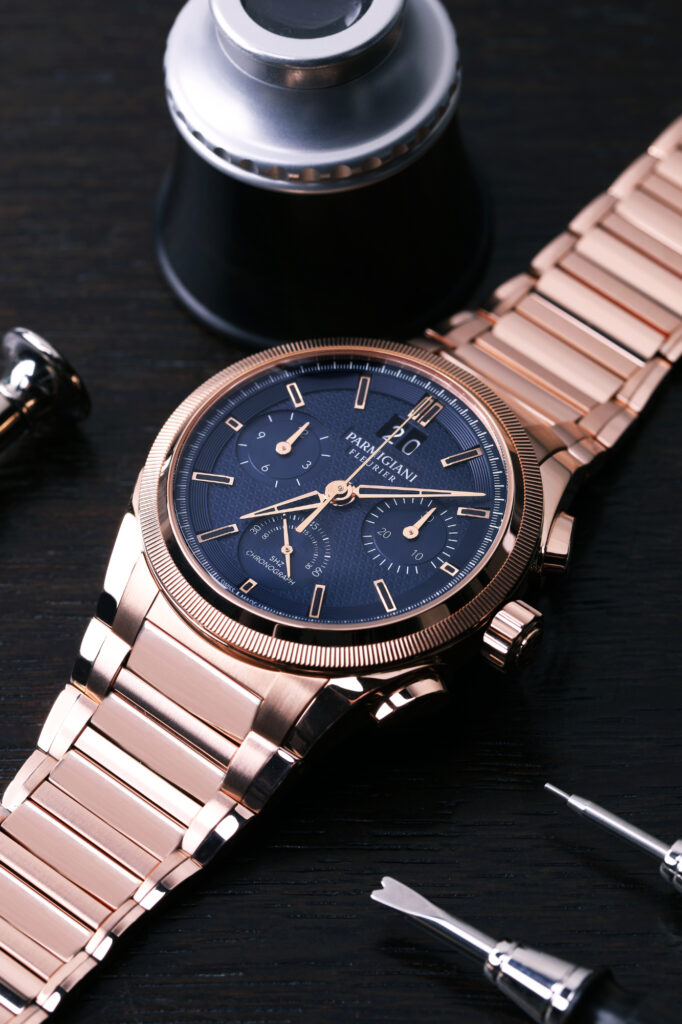 Parmigiani Fleurier has also integrated the big date aperture directly into the movement rather than adding it as a module, which the brand says enhances its reliability.

On the dial the watchmaker blues its traditional hobnail-style “clou triangulaire” guilloche, while the back reveals the high-end finish it applies throughout the new caliber PF071. The clear sapphire on the back exposes the movement’s sunray satin pattern finish and the 22-karat gold oscillating weight with eye-catching “angel wing” bridges. 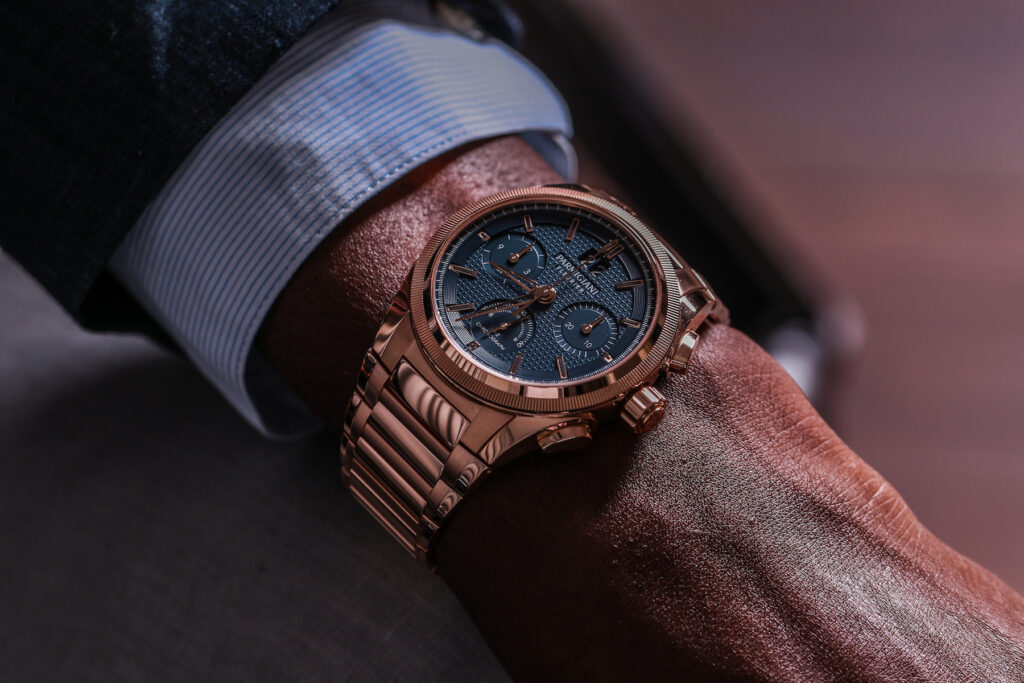 Parmigiani Fleurier is making the Tondagraph GT Rose Gold Blue as a limited edition of twenty-five pieces each on a blue rubber strap ($41,000) and also on a gold bracelet ($65,500).