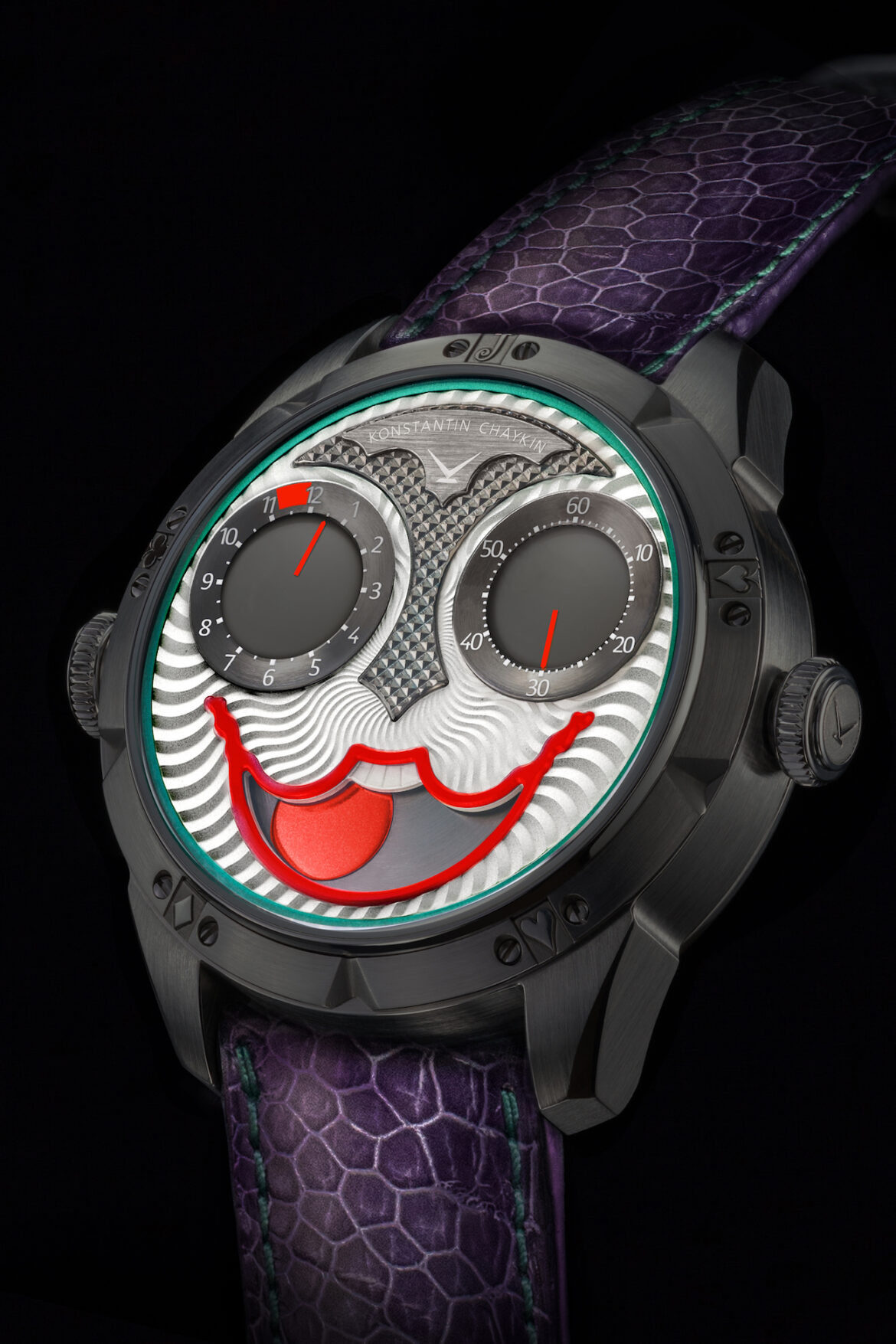 Ineichen Auctioneers will conduct its first timed auction this Saturday, April 30, with a winning bidder taking home a themed trifecta that includes a unique version of independent master watchmaker Konstantin Chaykin’s Joker, a retro color-coded Porsche and an NFT artwork depicting the Joker’s ride in the Porsche into a Gotham City night skyline. Five percent of the proceeds of the sale will be donated to UNICEF to benefit Ukrainian children affected by the war.

The auction is the latest in a series of Ineichen auctions that create a tightly unified theme as a basis for an online or live event. Most recently, Ineichen conducted “Precious Blues” and “La Vie en Rose,”each of which featured a curated selection of watches with, respectively, blue details and rose gold cases. 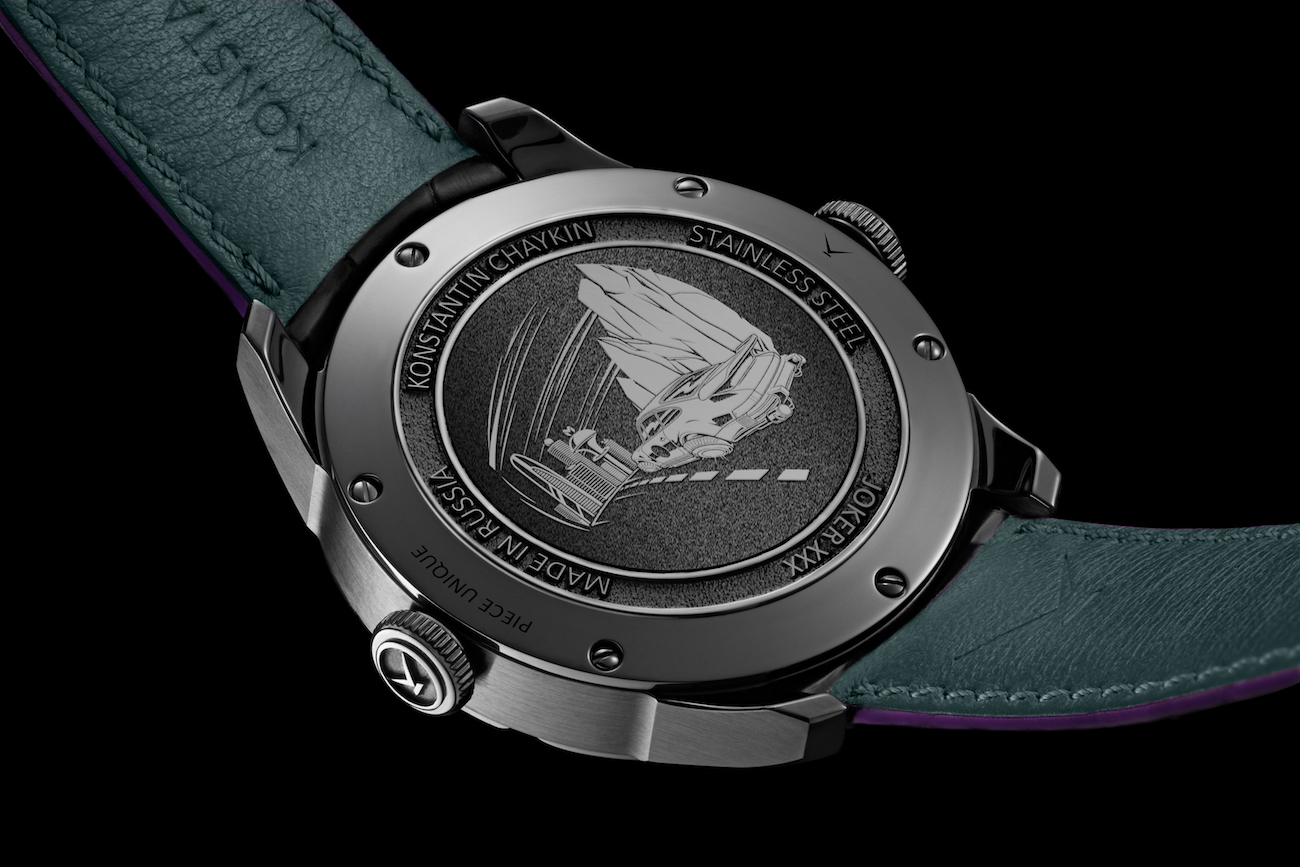 To directly link itself to the Porsche, the watch features pad-printed red hands that together recall the car’s gauges. The 42mm steel case has a black PVD-coating while its caseback displays the image featured in the NFT artwork that will accompany the lot. 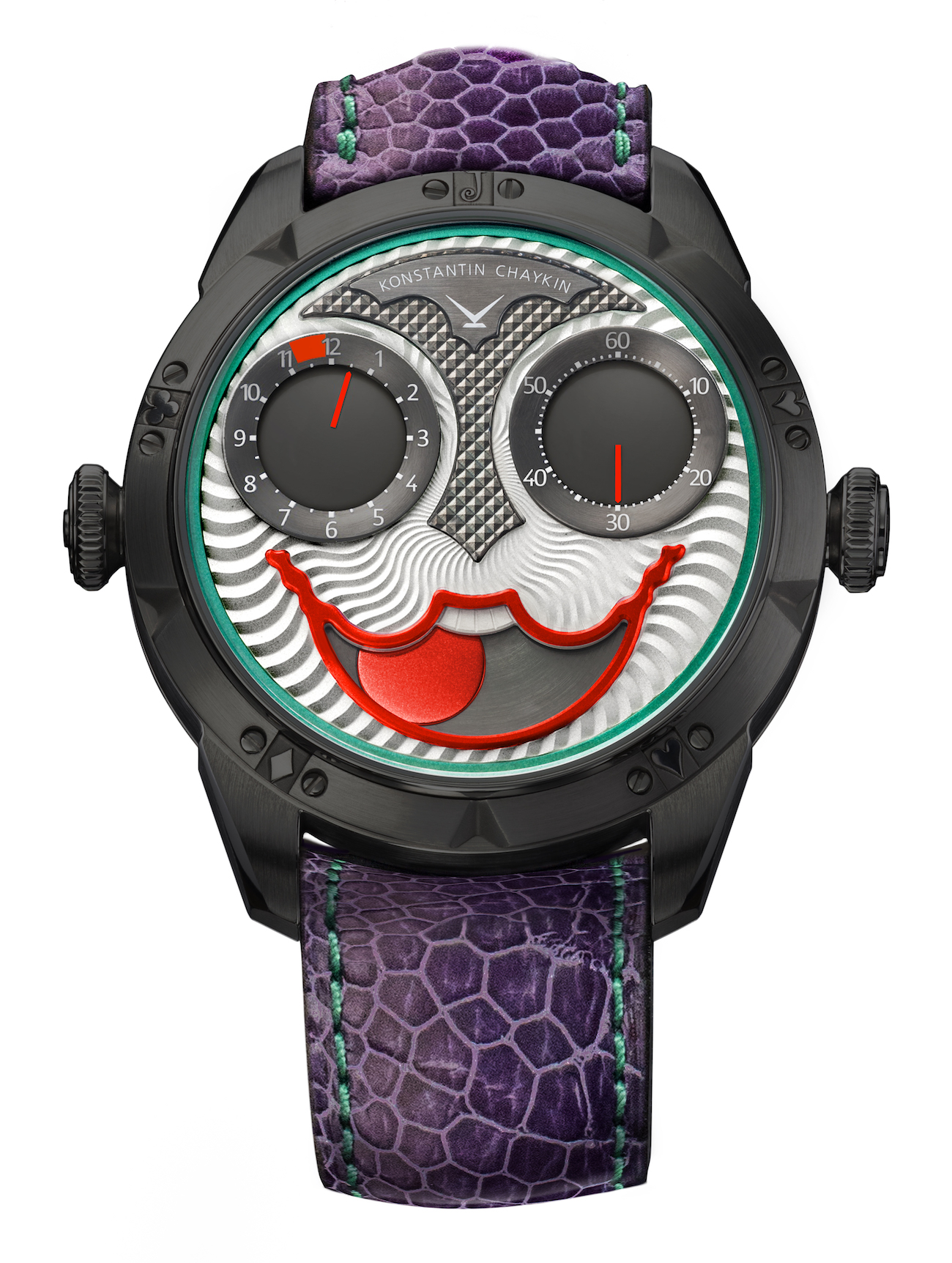 You might recall that the watch’s Joker face tells time with its eyes, which are the watch’s hour and minutes indicators. The Joker’s mouth doubles as the watch’s moonphase indicator while the crown and a left-side pusher become the Joker’s ears. Chaykin adds even more detail for the face, creating guilloché on the dial to mimic the Joker’s skin. On the bezel you’ll find engravings of the initial “J” and symbols of the four playing card suits. 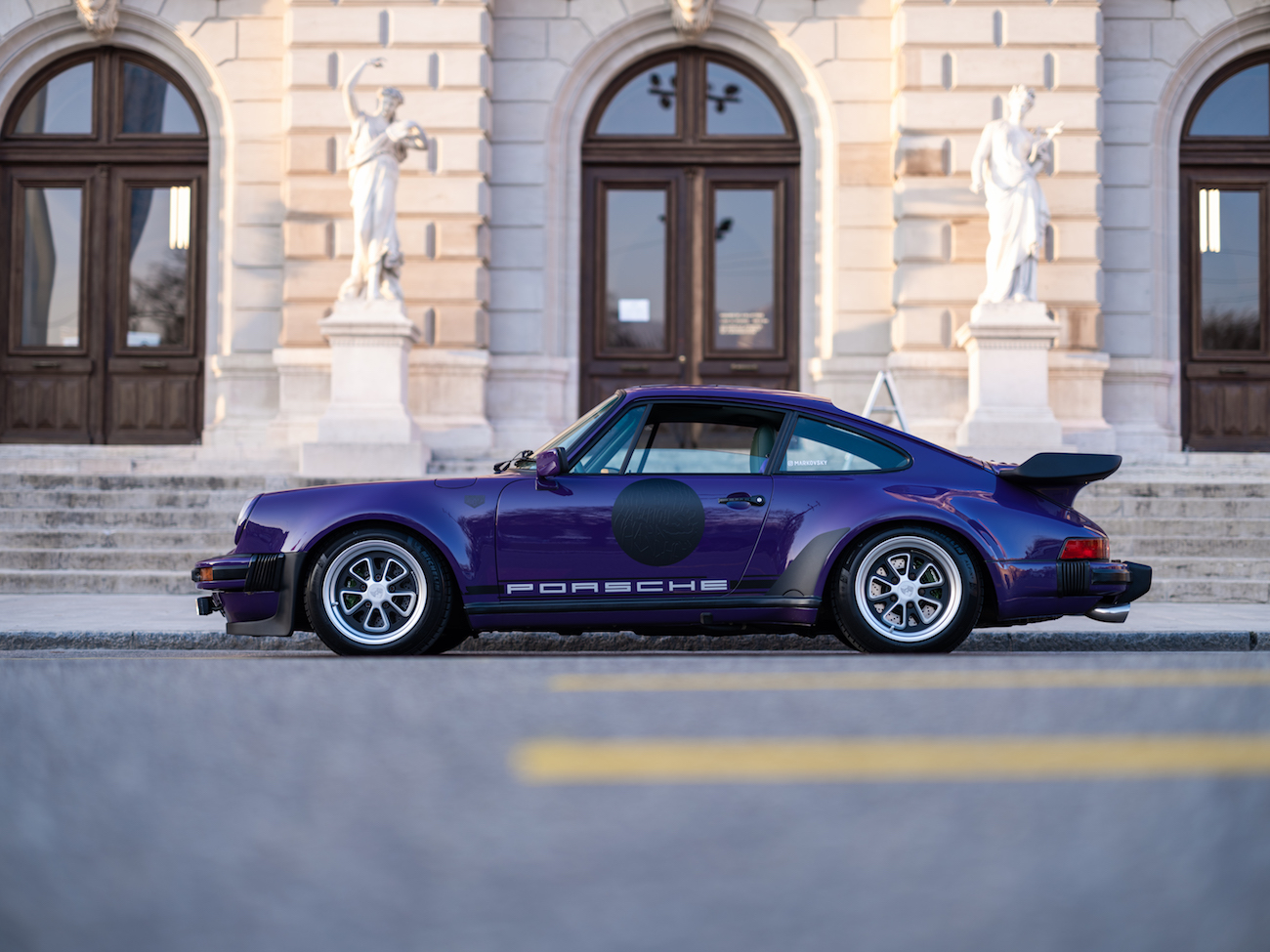 Restored by car influencer and tuner Aleksandr Markovsky, the Porsche (above) included in the auction is a 1986 Porsche 911 G-model Carrera Turbo-look. Markovsky refurbished the interior with green nappa leather and a square-patterned purple-and-green textile, colors associated with the Joker character, and added ‘Outlaw’ wheels and the Joker sign at the back of the car. He also restored the gearbox and installed more than 800 new parts. 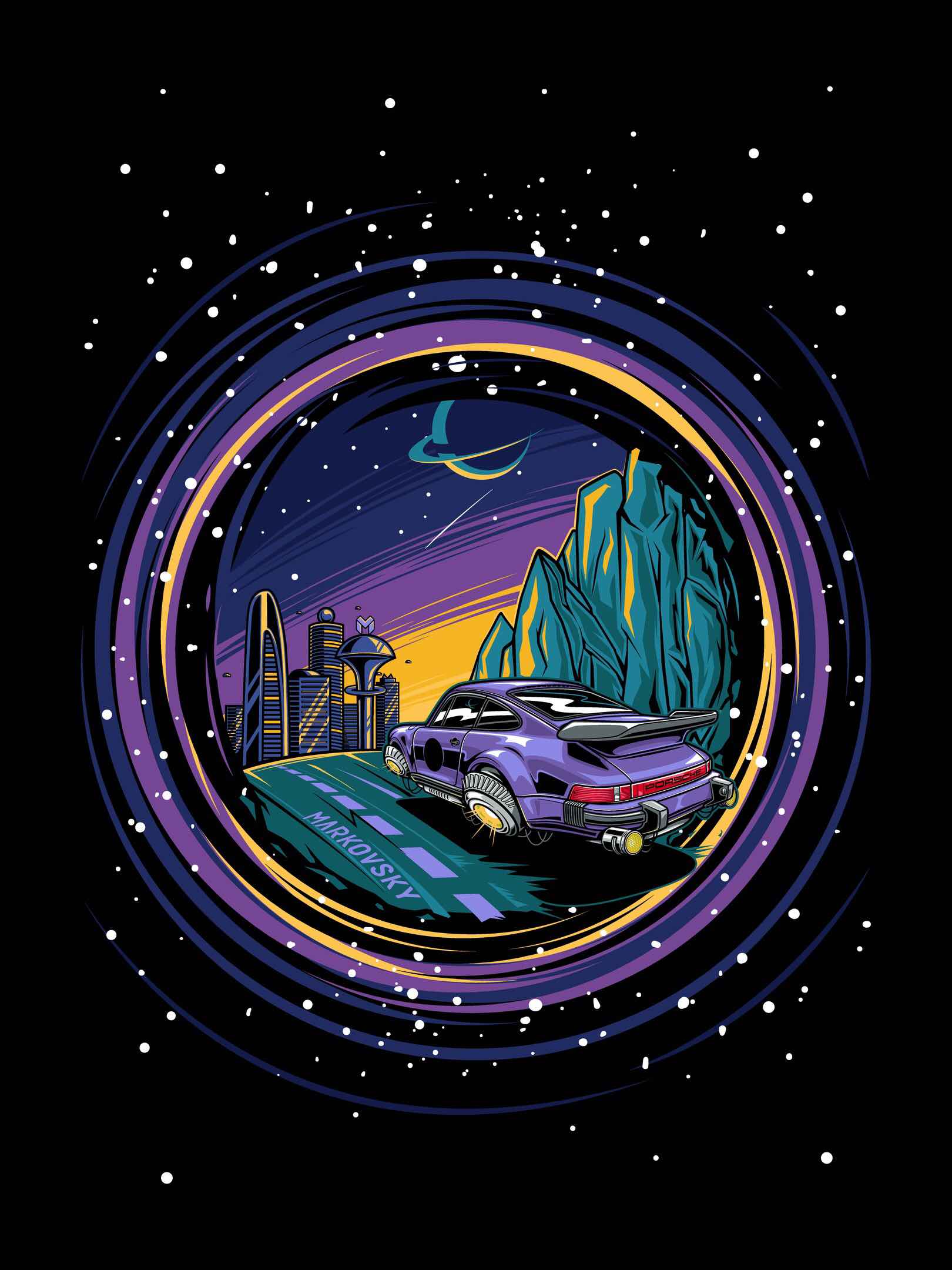 Last year, Zurich-based Ineichen sold the world’s most-expensive NFT token for a watch when it auctioned a different Joker NFT for CHF 52,080.

The event on April 30 in Zurich will be the first time Ineichen Auctioneers presents an NFT (pictured above) directly to its new owner. Guests will also be able to view the watch and car and meet their creators. Ineichen will launch its new app, which will serve as a bidding platform.

Bids can be placed on the website and in the app and may also be registered prior to the live event via telephone: +41 44 298 11 44 or mail: info@ineichen.com.