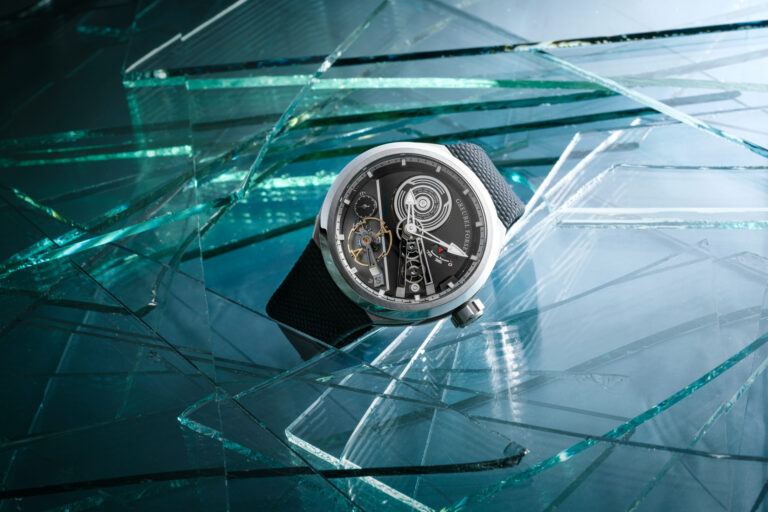 Greubel Forsey has updated its Balancier S with a new case, new finishing and a newly brushed titanium bezel. While retaining the movement of the original Balancier S, the new watch, the Balancier S², is designed by Greubel Forsey with far fewer traditional dial and bezel motifs as the watchmaker positions the new design to become an ‘everyday wear’ model.

The new dial is darker, providing greater contrast with an intense black or grey backdrop that cuts through the balance bridge between 5 and 9 o’clock. And with sharper edges and a new matte finish on the bridge and indexes, each element is easier to read. Those primary indexes are notably larger than those found on the initial Balancier S. 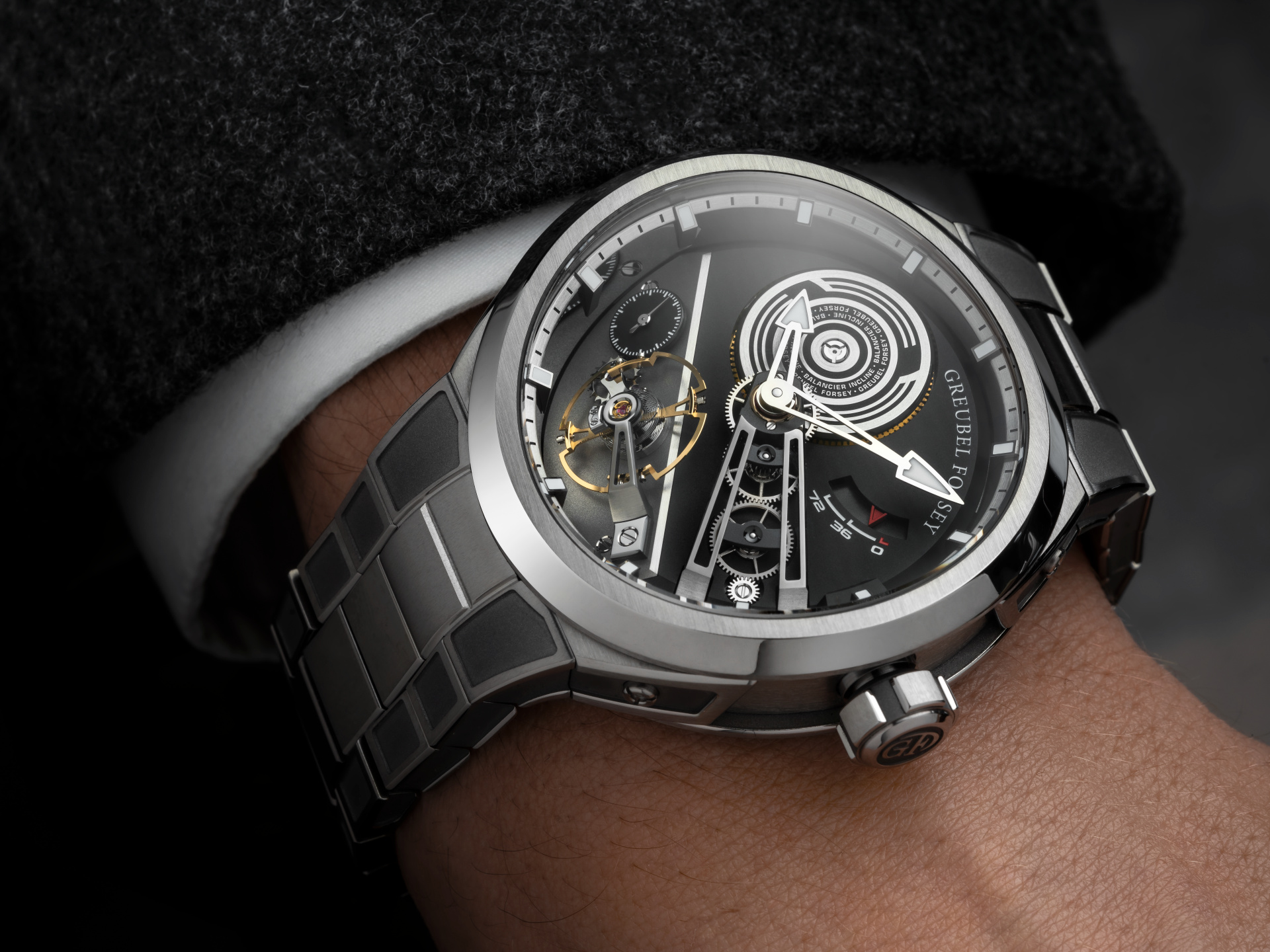 In another bid for contemporary style, Greubel Forsey has smartly skeletonized the Balancier’s central double-arched titanium bridge. This syncs nicely with the new titanium bracelet and extends the effect of the all-new brushed bezel. 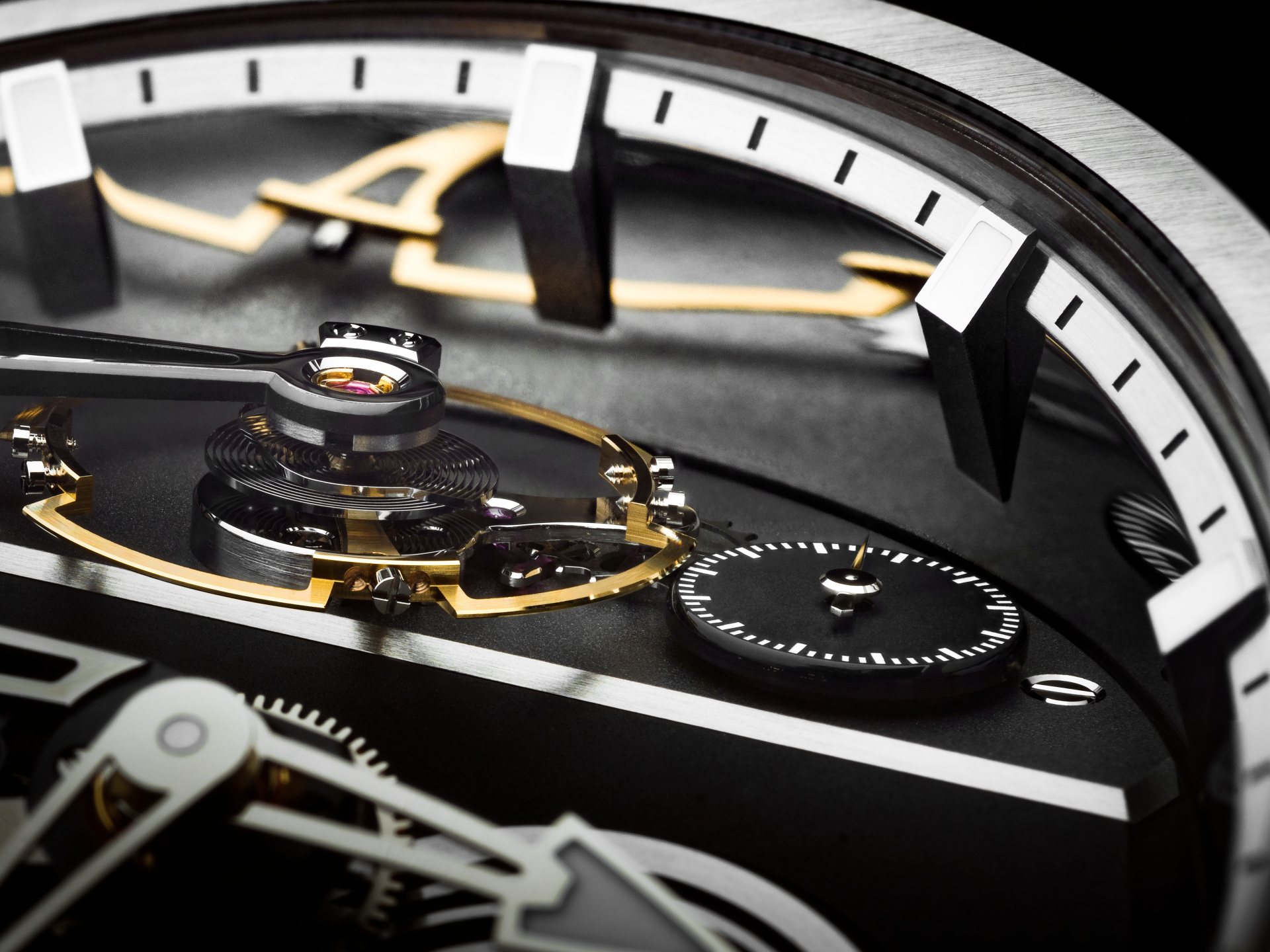 Along with its slightly larger case (at 46.5mm, a bit more than the 45mm original), and aforementioned openworked bridge and font-free bezel, a third prominent finishing change characterizes the more contemporary look of the Balancier S².   You’ll not find the large Greubel Forsey signature on the barrel cover. Instead, you’ll see a very modern circular pattern. Greubel Forsey places its signature under the internal bezel between 12 o’clock and 2 o’clock.

The movement operates with two coaxial barrels mounted in series offering a 72-hour power reserve (shown at 2 o’clock via a new fan-shaped aperture). The small seconds hand at 8 o’clock is, like the balance wheel, placed at a 30-degree angle. 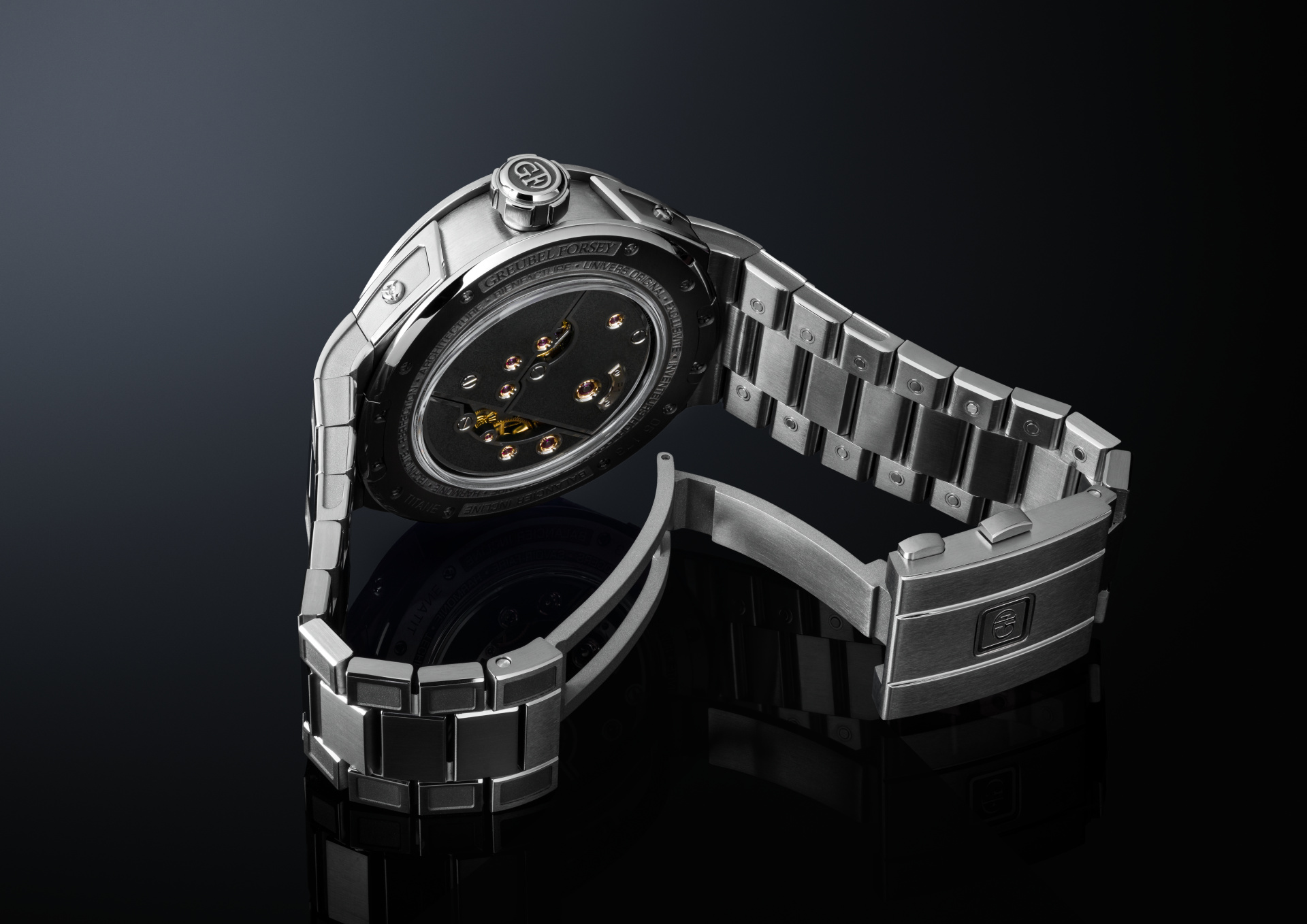 Greubel Forsey will make eighty-eighty pieces of this new Balancier S² with a charcoal grey backdrop, producing twenty-two pieces per year from 2022 to 2025. For the version with a light grey background, the manufacture will produce sixteen pieces per year over four years, totaling sixty-four pieces. Both versions will come in a titanium case. 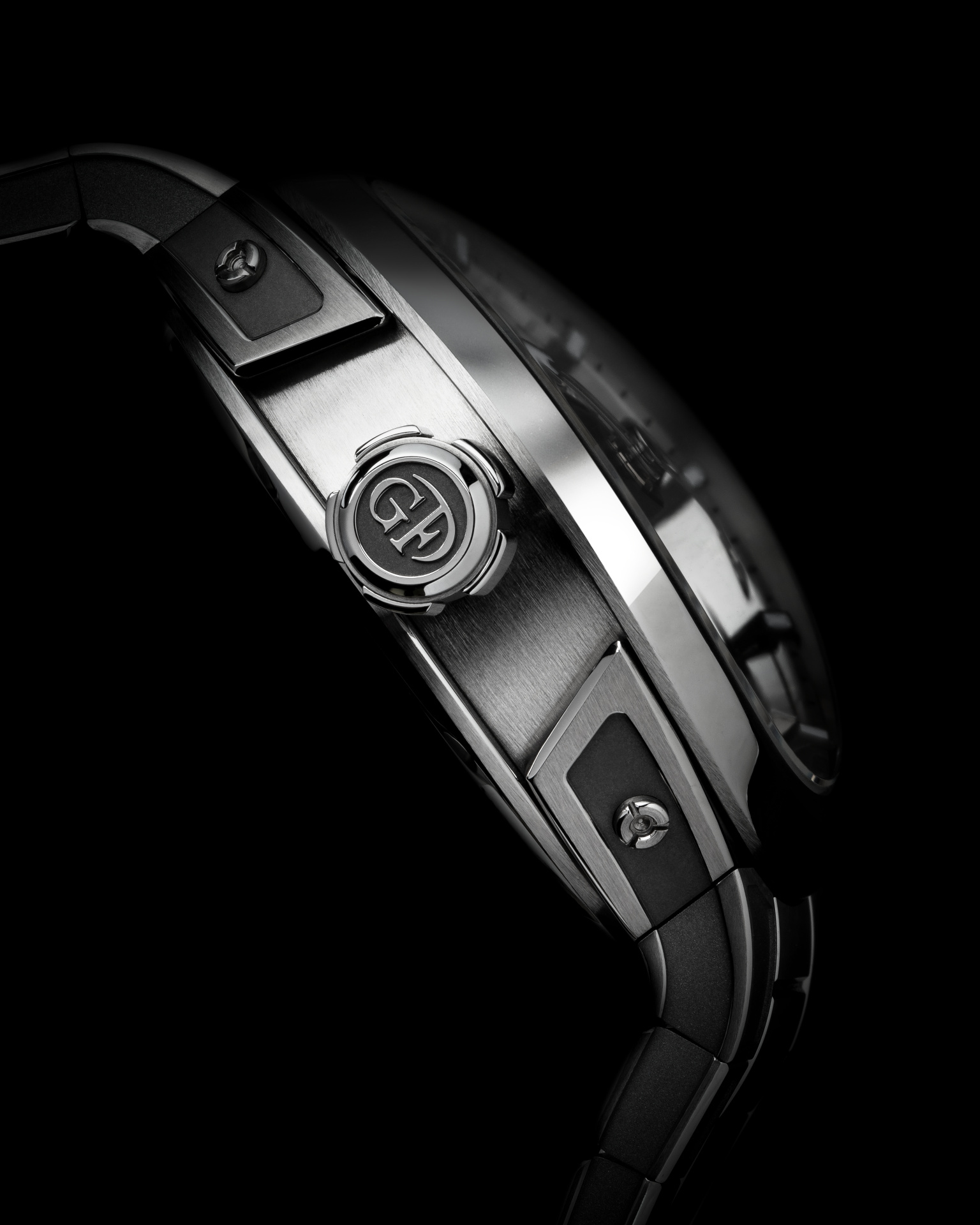