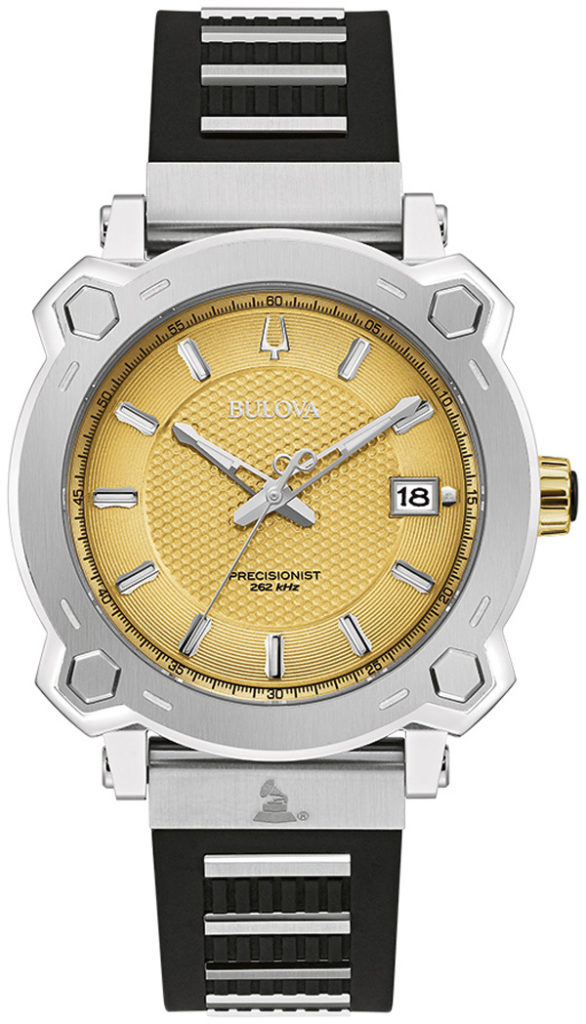 At the Grammy awards this Sunday, Bulova will once again present a specially made Bulova Grammy watch to each first time award winner. The watch is one of two special Grammy-themed models Bulova has made as part of its partnership with the Recording Academy.

(The Bulova Grammy watch available to the public is an automatic model with music-themed dial.)

The watch to be awarded to the first-time Grammy winners features a drum-themed steel case and black silicone strap with stainless steel fret style inserts. It’s finished with a gold-tone crown and gold-colored dial made of a custom alloy called Grammium developed by John Billings, the craftsman who creates the gold gramophone Grammy statue. Each timepiece will be personalized to the first-time award recipient with a customized glass case back including the Grammy logo stamp, the award and award recipient’s name.

The second Bulova Grammy watch, which is available to consumers, is a 44.5mm black-toned steel automatic watch with gold-tone guitar tuning peg-shaped crown at the four o’clock position and a black skeleton dial with a guitar pick and fret inspired markers. The watch also features an open dial and exhibition case back showcasing the skeletonized Miyota automatic movement with a 42-hour power reserve. Price: $680.