Alpina this week revives a regulator dial design with the new Alpiner Regulator Automatic, a successor to the Geneva-based watchmaker’s Avalanche Regulator, which debuted in 2003.

As is the case with all regulator dials, the hands rotate within separate subdials, all dominated by the central minutes hand. Alpina echoes its first regulator watch from by setting the subdials amid vertical Côtes de Genève stripes. However, Alpina has replaced the original’s baton hour markers with triangle-tipped markers lined with luminescent material.

Alpina’s choice of dial décor is meant to enhance the dial’s visibility.  Traditionally, watchmakers apply a Côtes de Genève (Geneva Stripes) finish not to dials, but to movement bridges and rotors. The stripes distribute reflected light from the dial, which reduces reflections.

Now in a round 45mm steel case, the new Alpiner Regulator Automatic sets its hour subdial at 10 o’clock and its seconds subdial at the 6 o’clock position.

While Alpina offers a broad range of vintage-styled watches, here the watchmaker offers a contemporary look to what is a classical regulator dial layout. 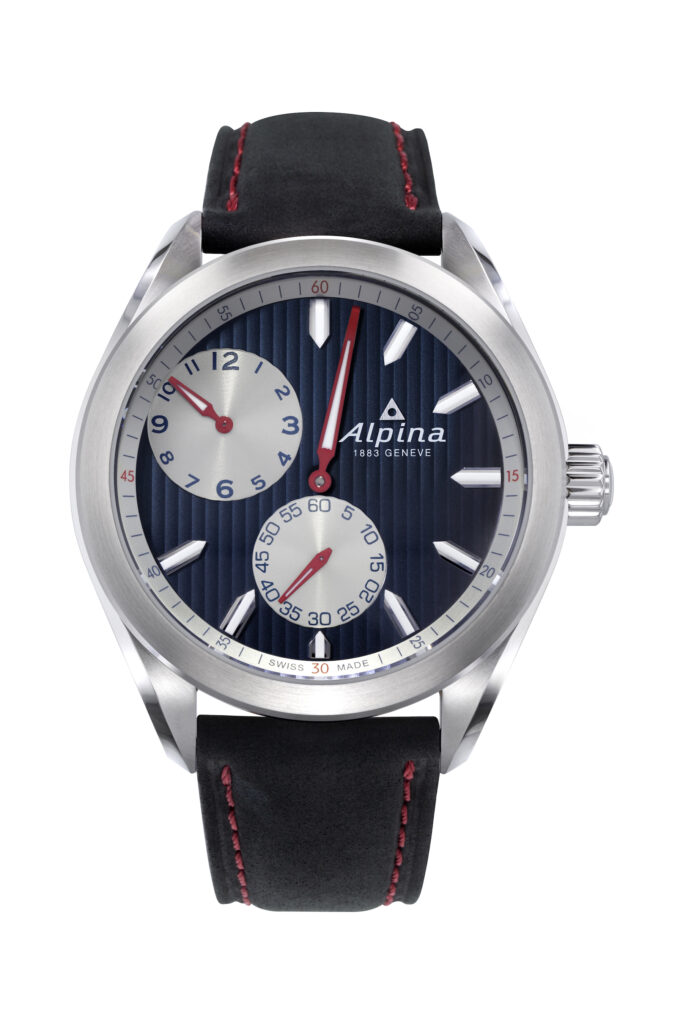 For the United States, collection includes two models with blue dials, which are available on a brown calfskin strap or a steel bracelet. A third model, offered as a limited series of 883 pieces, features a blue dial on a black calfskin strap with red stitching (pictured above). 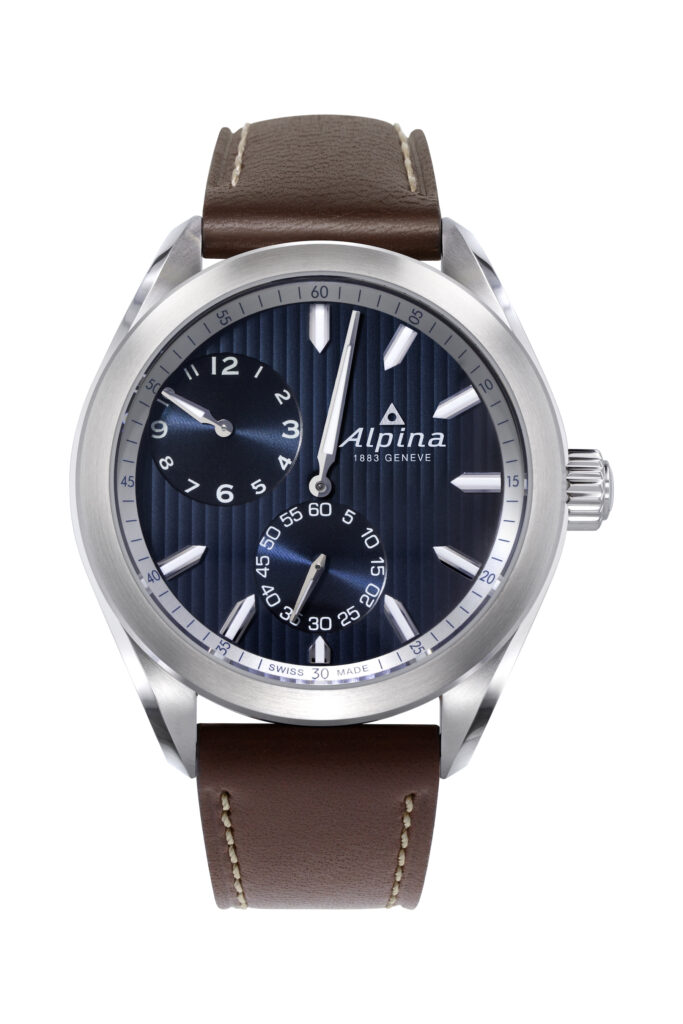 Alpina has placed its ETA-based AL-650 automatic movement inside the new Alpiner Regulator Automatic. This differs from Alpina’s earlier regulator watches, many of which were powered by manual-wind movements. And unlike many of those earlier models, the new Alpiner Regulator Automatic features a close, engraved caseback rather than a clear sapphire back. 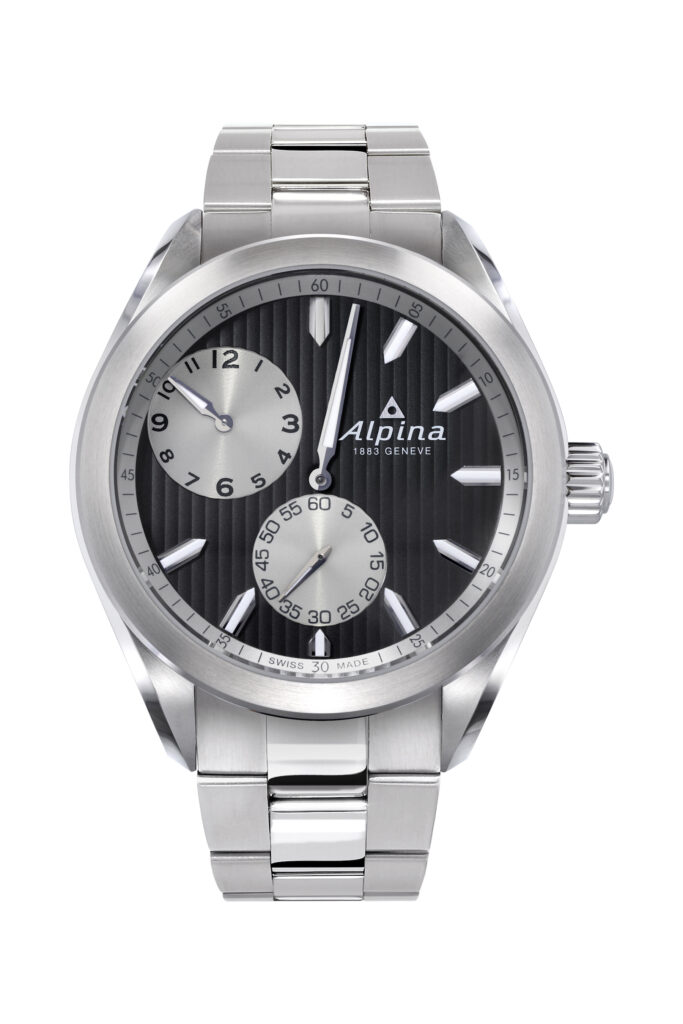 With this launch, Alpina continues its support of the National Park Foundation as an official partner. For every Alpiner Regulator Automatic purchased through the United States website, Alpina will donate $100 to the parks.