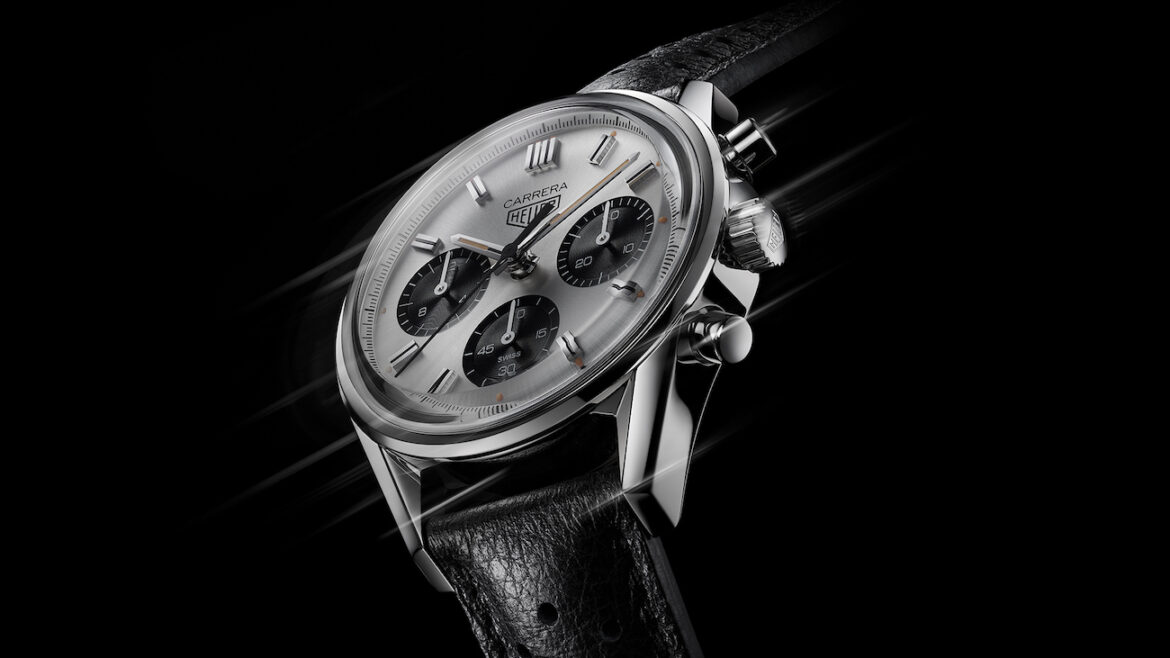 Within its LVMH Watch Week 2023 debut collection, TAG Heuer celebrates the six-decade anniversary of its Carrera with the new Carrera Chronograph 60th Anniversary, a 600-piece edition with a retro black and silver ‘panda’ dial.

Below, we’ll look at the new Carrera celebratory debut. Look to upcoming posts for details about the new Monza Flyback, the Aquaracer Solargraph and the Connected debuts.

Since its debut in 1963, the Carrera has been a Heuer and TAG Heuer mainstay, representing the watchmaker’s deep connections to auto racing. By the late 1960s, Heuer offered the stylish Carrera reference 2447 SN with a either a silvered dial and black subdials, or the other way around, a design known respectively as ‘panda’ and ‘reverse panda’. 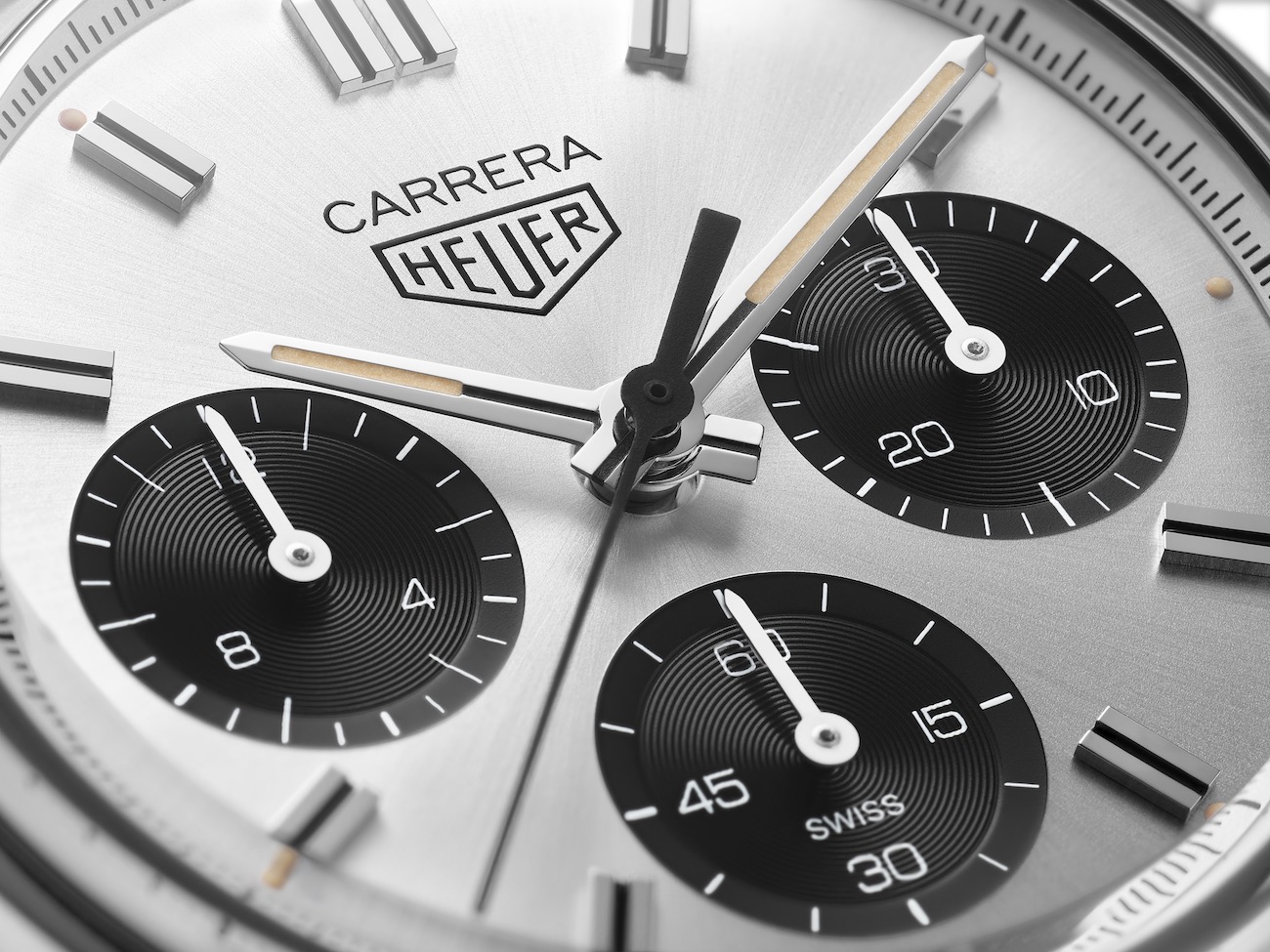 The colors on the new edition are the same as the original, as are the black stripes down the central hands and hour markers, the double stops at 12, and the black counters with high-contrast white markings. Retro-fans will enjoy the vintage Heuer logo  with the Carrera monicker above it. Even the counter at 6 o’clock features the ‘Swiss’ rather than the modern ‘Swiss Made’. 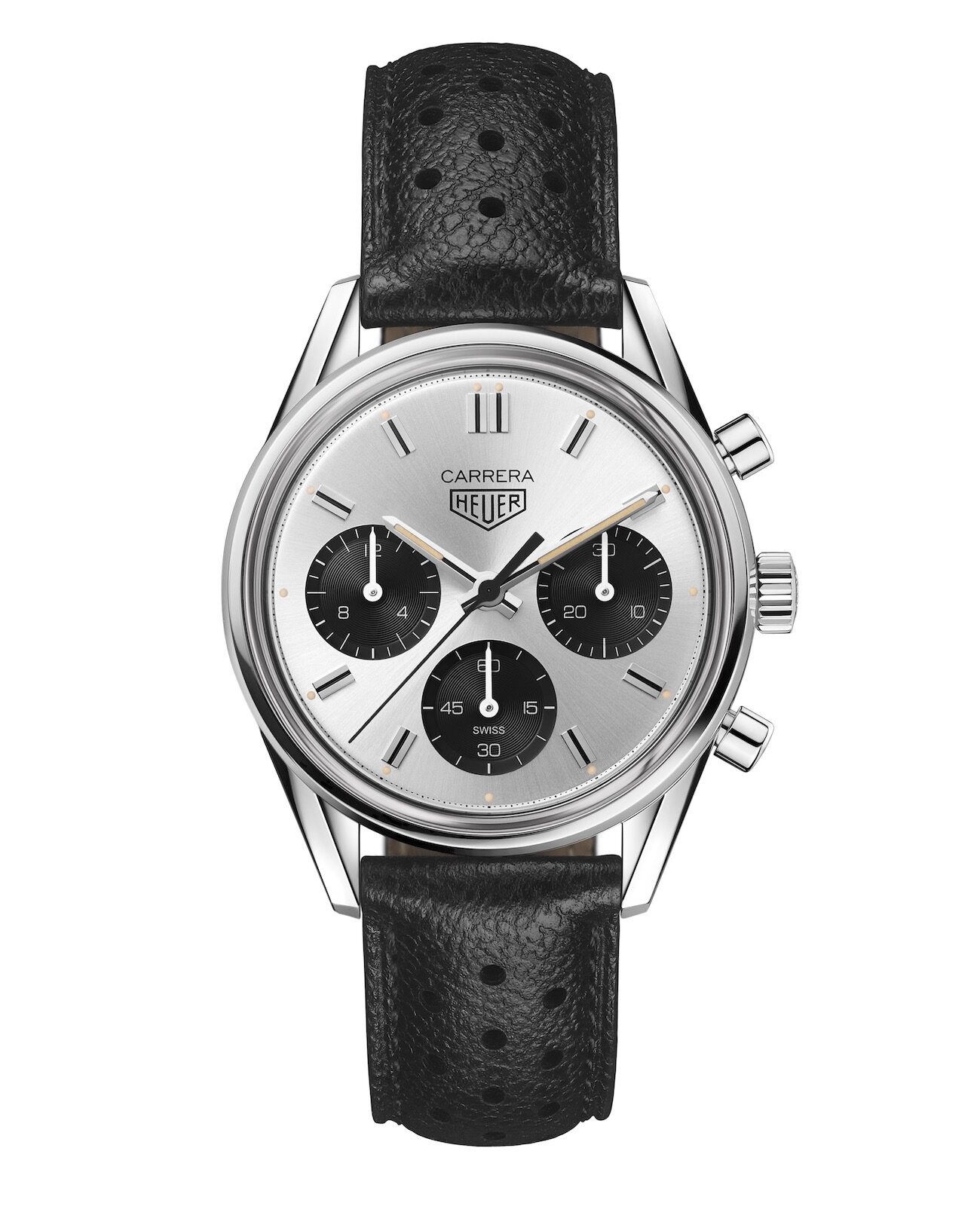 Differences on the dial can be seen in the 60-minute and 12-hour counters, which here are reversed. In addition, you’ll not find the tritium indication (the letter T) on the dial for obvious reasons.

TAG Heuer has protected the dial with a 39mm polished steel case and a glass box sapphire crystal. This retro style is underscored by the watch’s vintage pushers, beige luminescence and thin tension ring around the dial’s outer edge. 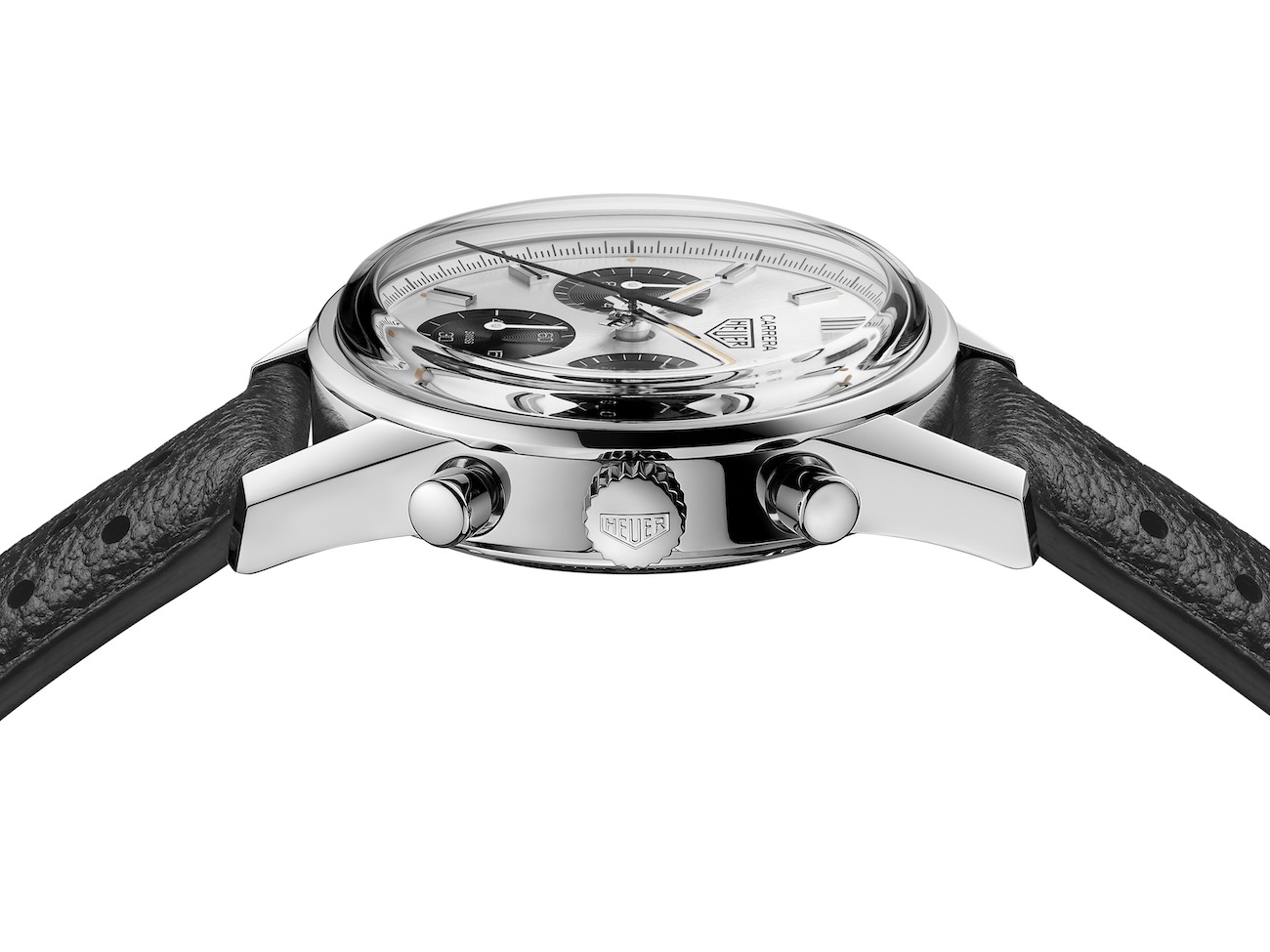 Inside, TAG Heuer fits its excellent Heuer 02, an in-house automatic chronograph caliber with a column-wheel and an eighty-hour power reserve. The modern caliber is also displayed in a contemporary manner with a clear sapphire caseback that reveals a special Carrera 60th Anniversary rotor. 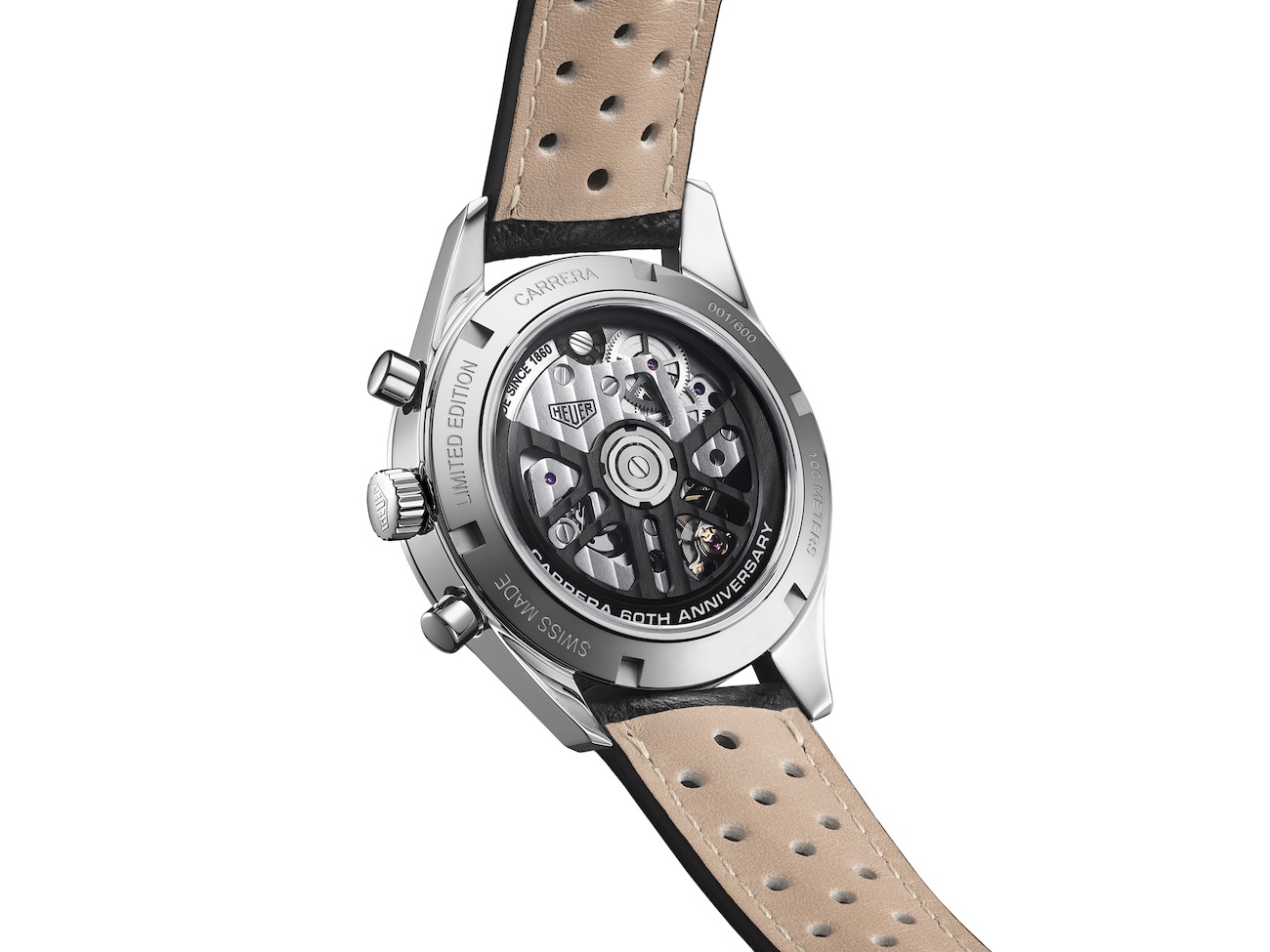