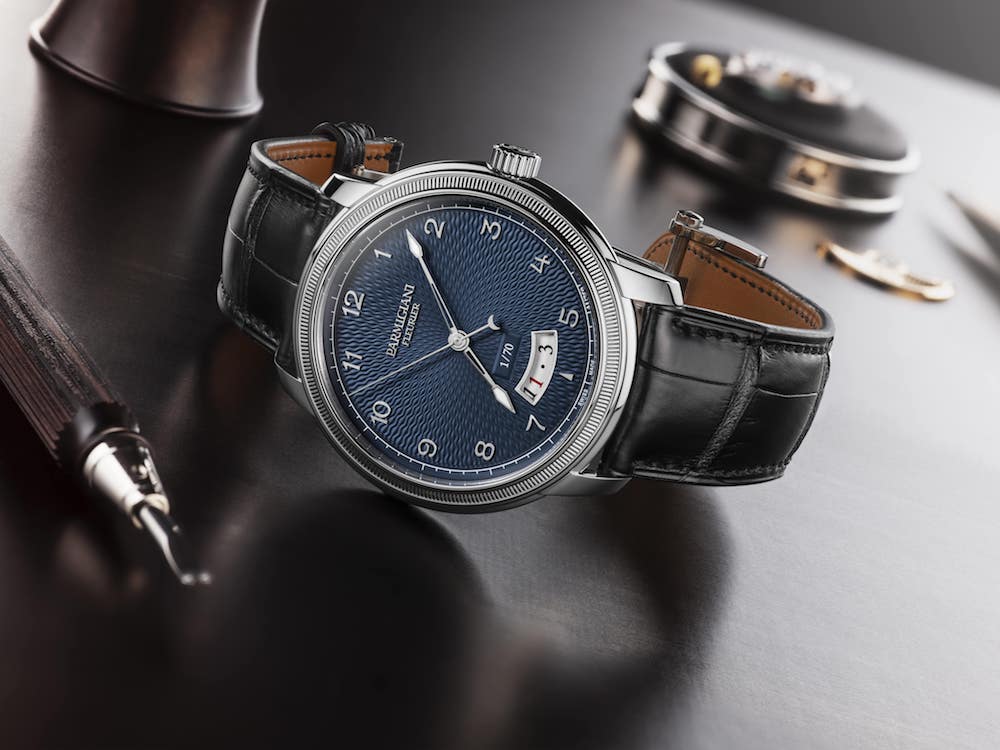 As we noted last week, Parmigiani Fleurier celebrated the 70th birthday of its founder, watchmaker Michel Parmigiani, with a seventy-piece limited edition steel Toric Heritage watch in honor of the first watch he designed. 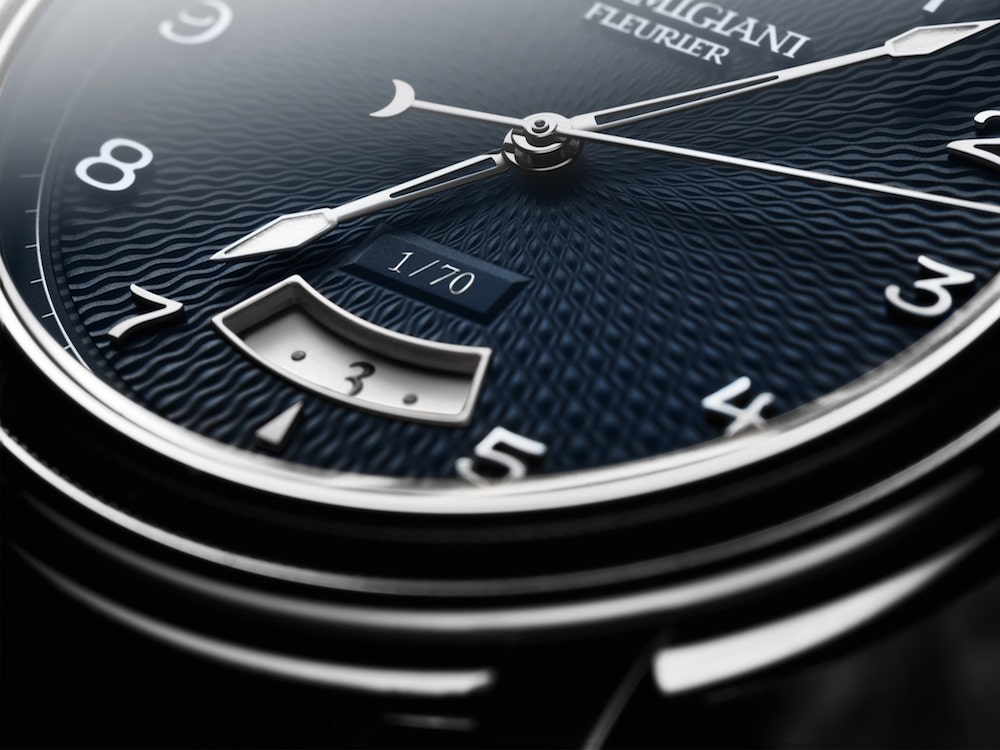 As is standard with Parmigiani Fleurier, the movement within the 42.8mm steel-cased watch is finished to haute horlogerie standards, with Côtes de Genève stripes, spiral-wound and circular-graining on the plates alone. The watch’s solid 22-karat rose gold rotor, visible through the clear sapphire caseback, features the same Grain d’Orge guilloché engraving seen on the dial.

The company chose to echo its founder’s first watch in large part because the Toric design (which was updated in 2017) reflects Michel Parmigiani’s own history and interests.

Michel Parmigiani was born in the Swiss canton of Neuchatel and grew up with a devotion to both watchmaking and architecture. He has described the Toric case as a design inspire by the famed Fibonacci mathematical sequence and by the Golden Ratio that has inspired thousands of years of art and architecture.

According to Parmigiani, every aspect of the Toric’s design starts with the Golden Ratio, including the relationship between the hands, the fluted angles in the crown, the length-to-width ratios, the rate of curvature of the lugs as they taper away from the case, even the caseback design and placement of the sapphire crystal.

While he opted to formally study watchmaking (at the Val-de-Travers watchmaking school in the La Chaux-de-Fonds Technicum) Parmigiani started his career restoring historical clocks, pocket watches and related objects. Among the clients who came to Michel for restoration and maintenance was Switzerland’s Sandoz Family Foundation, which owned a significant collection of historical automata and clocks.

“I remember feeling a bit like a pariah, starting this adventure against all advice,” Parmigiani says in a press release. “Restoring antique timepieces saved me from nihilism. Working, as I was during this period, on so many wonders from times gone by, made the idea that traditional watchmaking might disappear absolutely unthinkable to me. Restoration gave me the confidence I needed to pursue my watchmaking dreams, despite the naysayers.”

The Sandoz foundation encouraged Parmigiani to create his own watch brand­– with their full support. This was the beginning of Parmigiani Fleurier, which launched in 1996.

Today, Parmigiani Fleurier encompasses five specialized Swiss firms. Each of the factories also produces parts for other haute horlogerie clients, including La Montre Hermès, the watchmaking division of the celebrated French leather goods house, which is a co-owner of the Vaucher movement manufacturer.