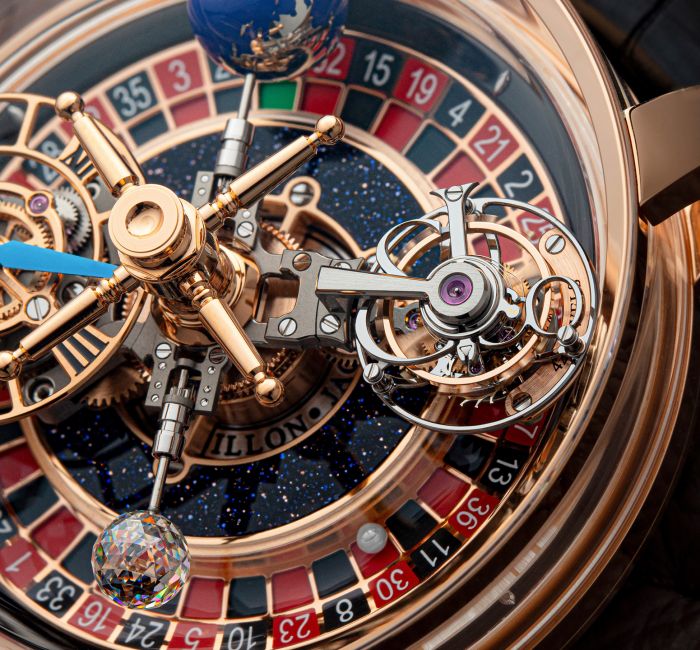 UFC Champ Conor McGregor recently raised the profile of the Jacob & Co. Astronomia Casino by posting a video of the roulette-wheel watch to his much-viewed Instagram account. In just one day, McGregor’s August 29 post on his “thenotoriousmma” Instagram platform received more than 1.2 million likes, and counting. 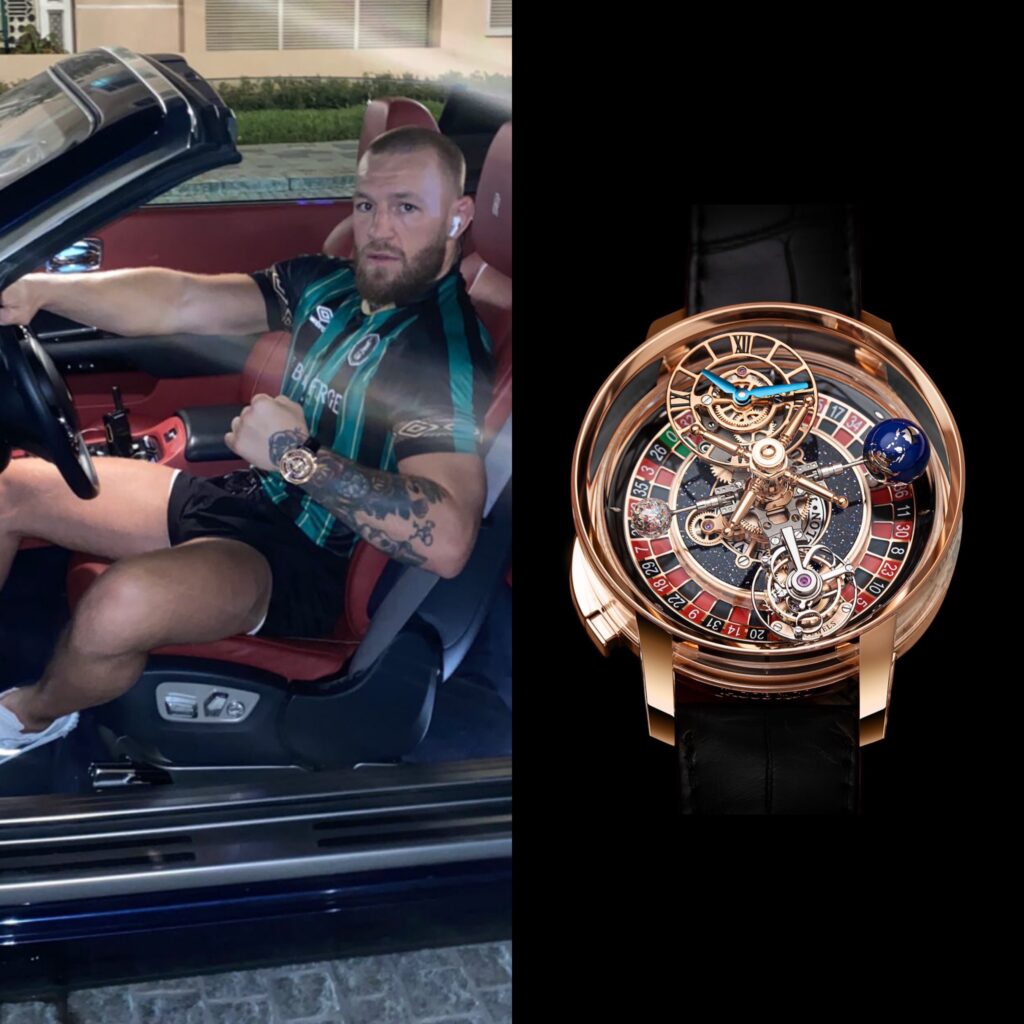 The Astronomia Casino features a fully operational roulette wheel. In the short video, McGregor is sitting by a pool. He pressed the watch’s pusher to spin the roulette wheel, calling for “Black 11.” The white ceramic ball instead falls on Red 14.

His caption accompanying the video was directed at the rapper Drake, who also owns an Astronomia.

Jacob & Co’s Astronomia Casino is one of the many iterations of the Astronomia timepiece, with a four-arm vertical movement. The watch’s roulette wheel, made in green, red, and black enamel with mahogany inlays, operates on demand and replicates the action of a roulette wheel. The white ceramic ball is separated from the movement by a near invisible sapphire crystal. 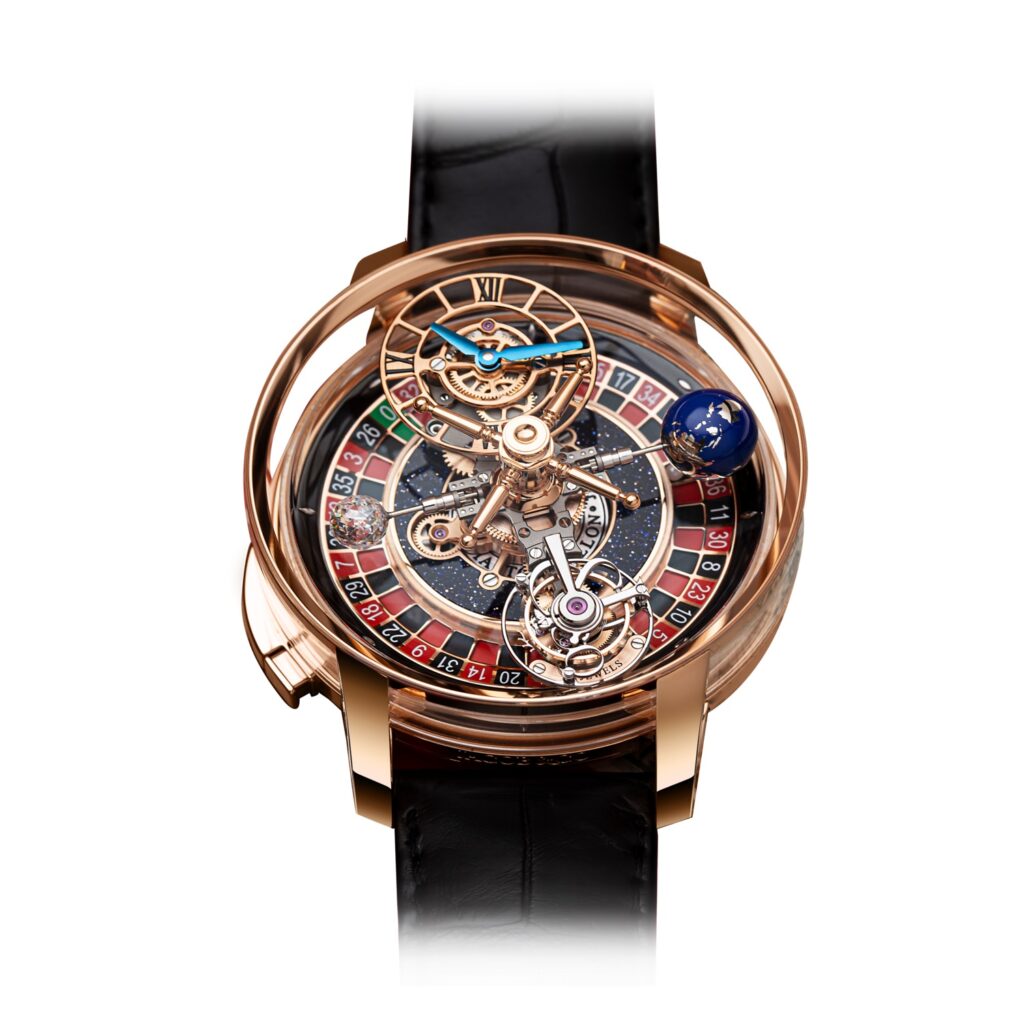 Above the roulette wheel Jacob & Co places a double-axis tourbillon, a rotating spherical diamond with the exclusive Jacob Cut, a rotating magnesium and lacquered globe, and a titanium subdial time display. The entire display revolves around the watch every ten minutes. (Source: Jacob & Co.)