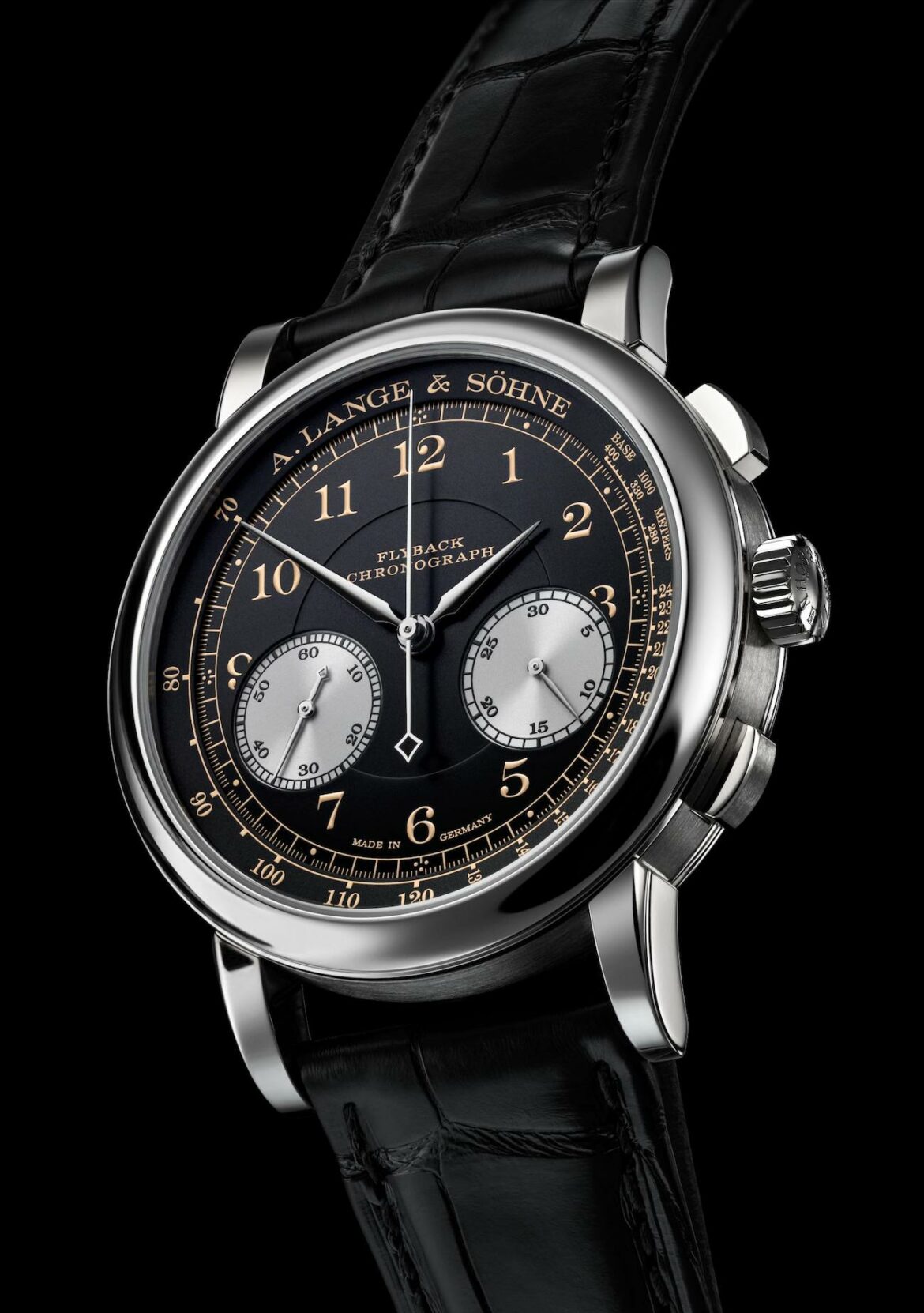 A. Lange & Söhne has created a unique 1815 Chronograph Hampton Court Edition dedicated to raise funds for The Prince’s Trust, an educational and employment charity, when it is sold during a Phillips auction on November 6.

The one-off watch will debut officially during this year’s Concours of Elegance, to be held September 2 to September 4 at Hampton Court near London. The new watch combines several unique features previously not seen within the 1815 collection.

The 39.5mm by 11.8mm watch offers a first-ever black dial with sandstone-hue numerals and scales within a white gold case. Also new is the tachometer scale along the edge of the dial, created to underscore the link between motor sports and time measurement. Previous 1815 Chronographs feature a pulsometer scale around the dial. 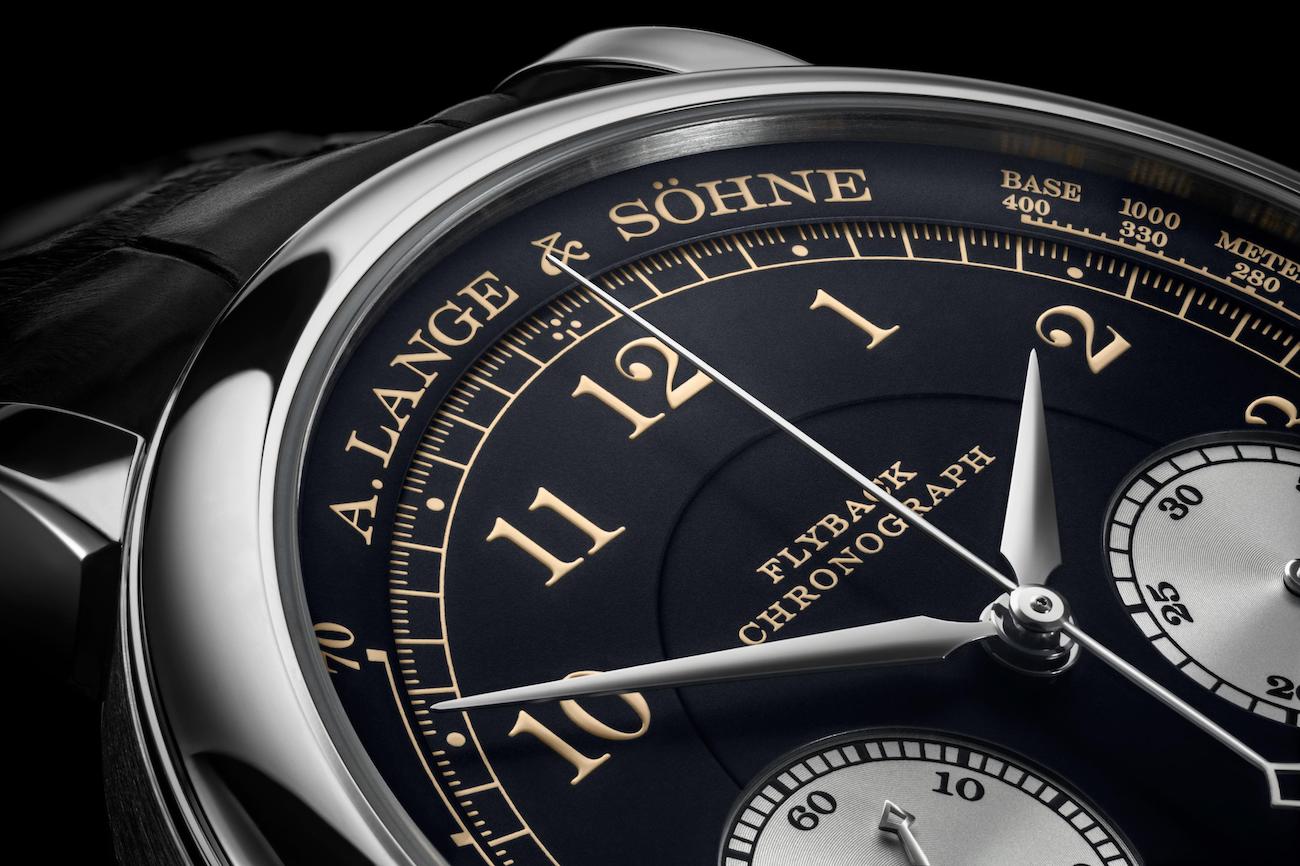 The piece is held to the wrist with a black hand-stitched alligator leather strap secured with a white gold prong buckle.

The Glashütte-based watchmaker has fashioned a hinged back cover for the watch, which it has hand-engraved with the logo of the Concours of Elegance, a partner with A. Lange & Söhne since 2018. 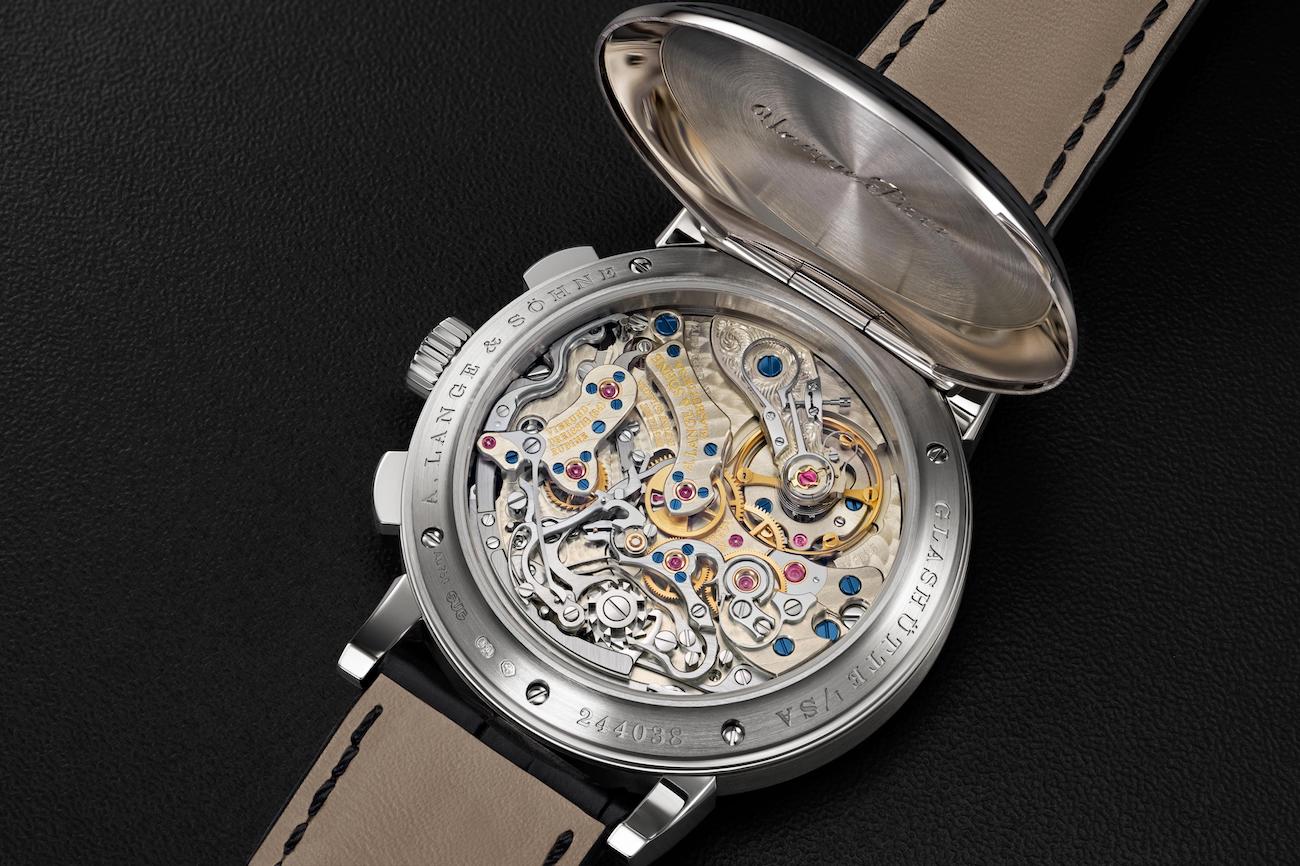 Under the cover and dial you’ll find a Lange caliber L951.5 movement, initially launched in 2010, featuring a column-wheel control, a jumping minute counter and a flyback function. The manually wound caliber has a power reserve of sixty hours.

As is always the case with this watchmaker, the movement itself is as lavishly  decorated and finished as the dial and case. The caliber’s eye-catching, multi-level architecture is fully visible through the sapphire back and exhibits the chronograph’s switching processes. Notable, as ever, is the Lange hand-engraved balance cock. Click here for more details about the watch, the charity and the auction.