Armin Strom this week introduces Lady Beat, the independent Swiss watchmaker’s first watch designed with feminine customers in mind. And while the new collection aesthetically echoes Armin Strom’s existing Gravity Equal Force collection, with its open-dial three-bridge design, Armin Strom has built an all-new, less-complicated caliber and has placed it within a fairly thin new 38mm case, a first for the brand.

Armin Strom explains that the Lady Beat was designed in concert with female design consultants, who sought to answer the question: “What does a woman desire on her wrist?”

Thus, the new Lady Beat features an off-center dial that displays only a minute and hour hand with no markers except the company logo at 12 o’clock. This contrasts with the classic three-hand display with small seconds found on the Gravity Equal Force.

And, instead of powering the watch with a visible micro rotor (as on the Gravity Equal Force) Armin Strom has developed a full-sized central rotor and placed it on the back of the new Caliber ALA20. 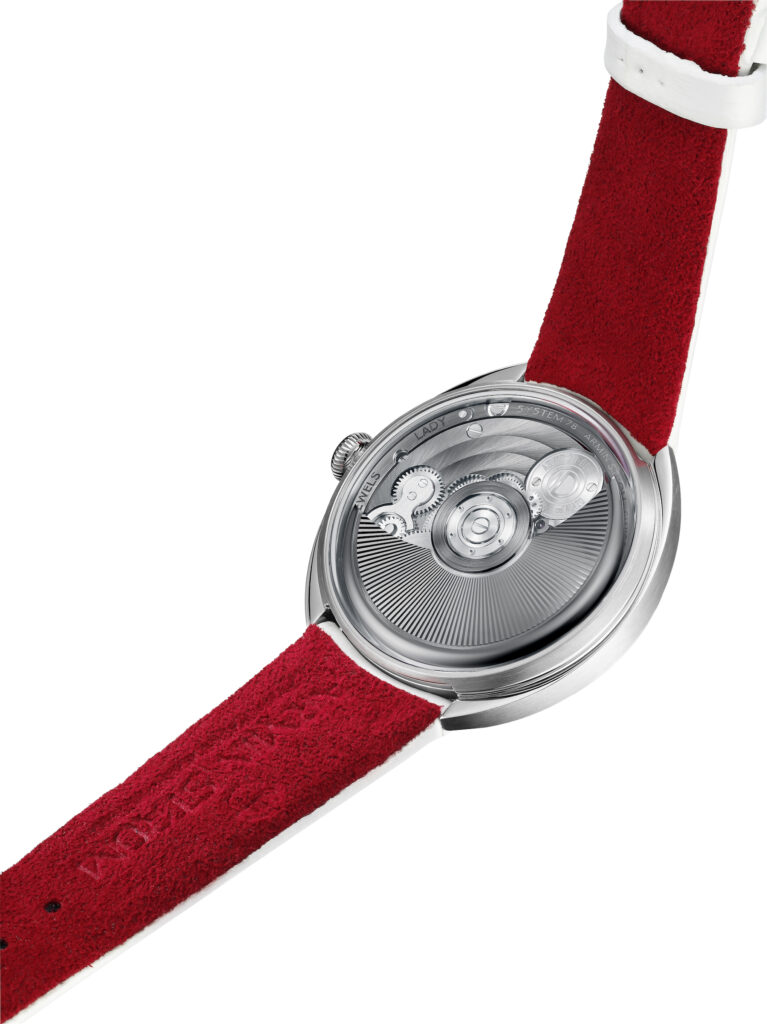 And while the wearer can still eye the movement’s vibrating balance directly on the front of the Lady Beat, Armin Strom has removed the stop-works declutch system and novel ‘equal force’ motor barrel from the new caliber. This allowed Armin Strom to create a caliber for Lady Beat that is thinner than the movement inside the existing Gravity Equal Force. 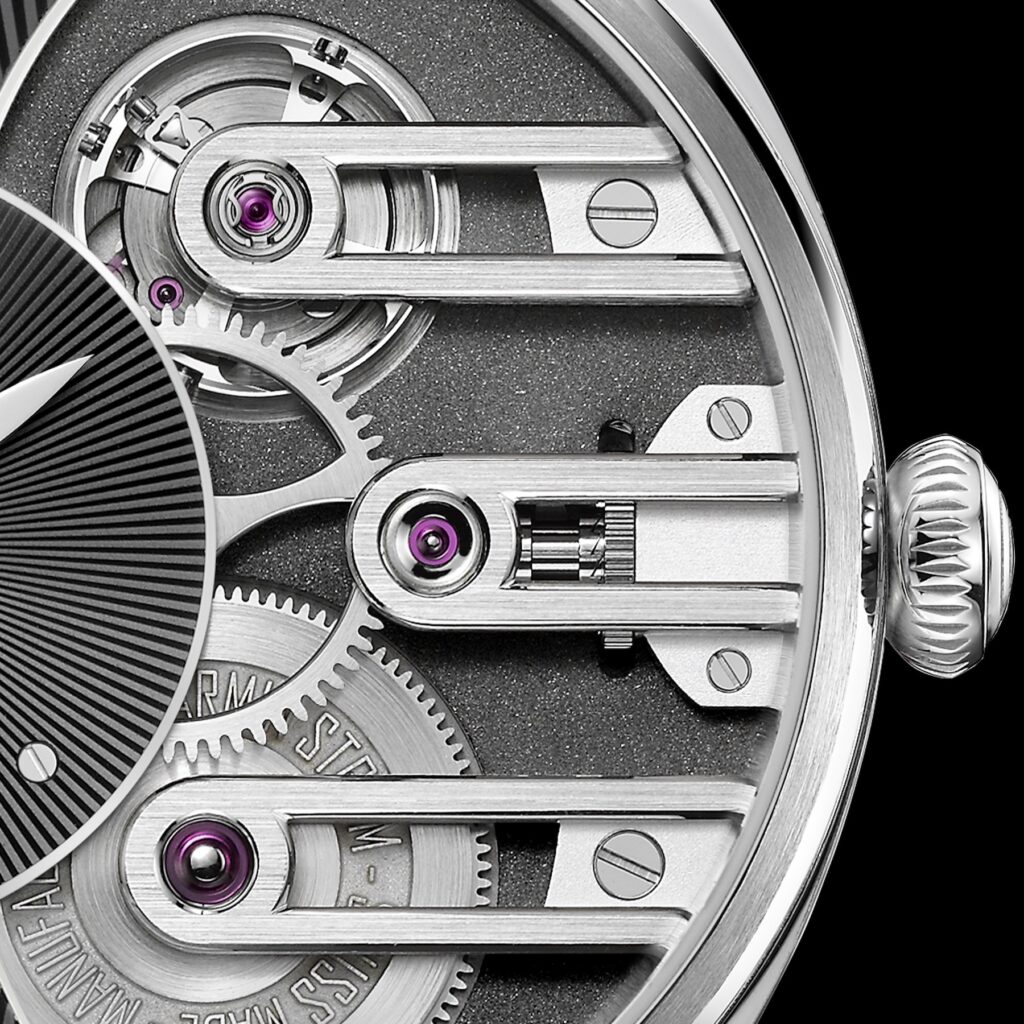 “These soft, moon-like shapes fill the optics of this watch,” explains Armin Strom co-founder Claude Greisler. “Look closely and you will see a half-moon-shaped plate sharing the watch’s lower level with the mechanical elements, while a full moon-shaped subdial sits atop it.”

Conclusion: Armin Strom succeeds on its own terms with its first feminine watch as it avoids the all-too common watch design trap of simply adding gemstones to a smaller version of an existing model.

Armin Strom offers two Lady Beat models. One with a white dial and the other with a black dial.

Case: 38mm by 11.65mm steel, sapphire crystal and case back with anti-reflective treatment. Water-resistance to 30 meters.

Dial: Offset in white or black with hand-finished steel hands.

Strap: Delivered with a bi-material rubber and Alcantara in satin white or black, and double-fold clasp in stainless steel. 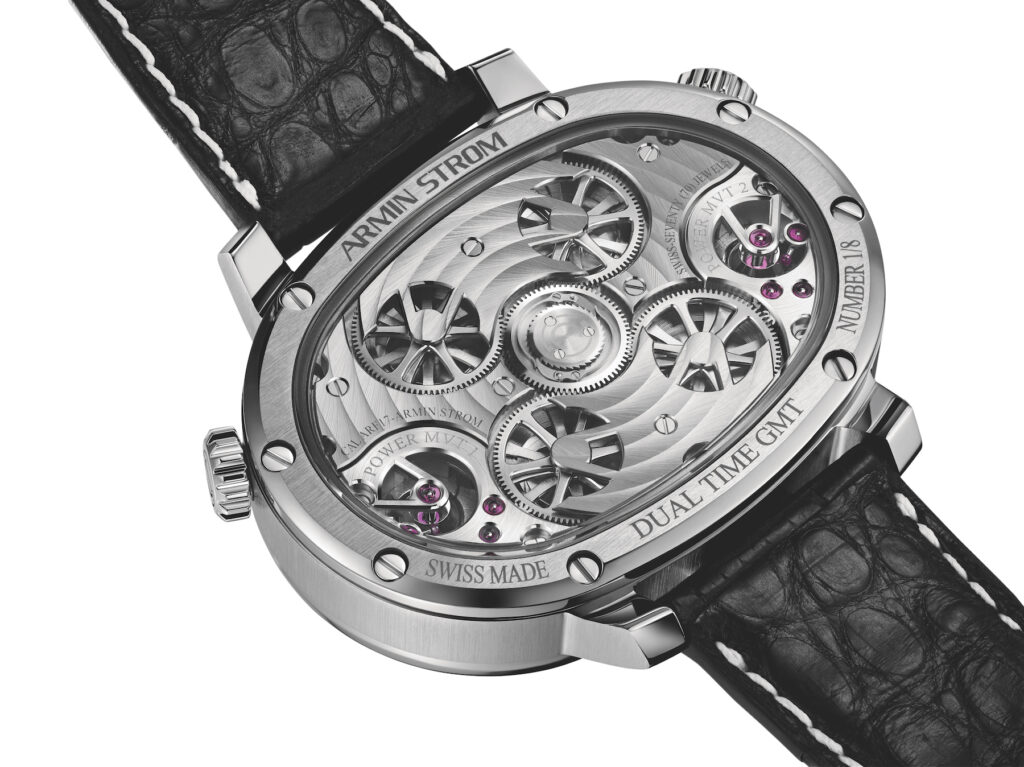 Armin Strom this week releases a rose gold version of its Gravity Equal Force, an innovative time-only design with an unusual constant-force mechanism.

The watch, which Armin Strom debuted in steel last year, features an in-house movement that takes a cue from high-precision pocket watches of yore. The watch’s ASB19 automatic movement features a motor barrel (where the mainspring resides) that stays locked after the watch is wound, creating a more precise arbor to rotate and drive the gears that move the watch’s hands. 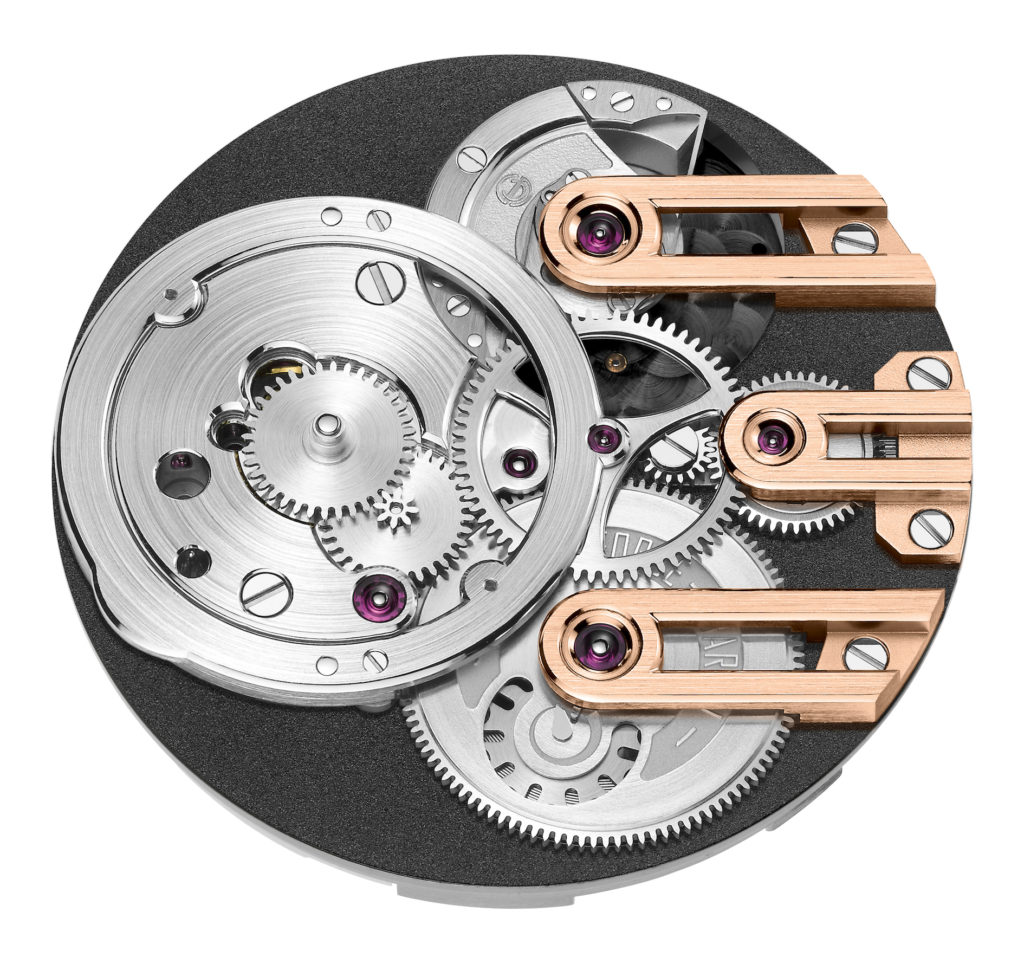 Effectively, the watchmakers at this independent Swiss atelier added a stop-work de-clutch mechanism to the automatic watch, driving consistent power to the balance.

As Armin Strom explains “it is clear that it is a demonstrably better system as it is more precise and stable during operation of the movement. Armin Strom’s watchmakers built on this idea to create an entirely new watch.” 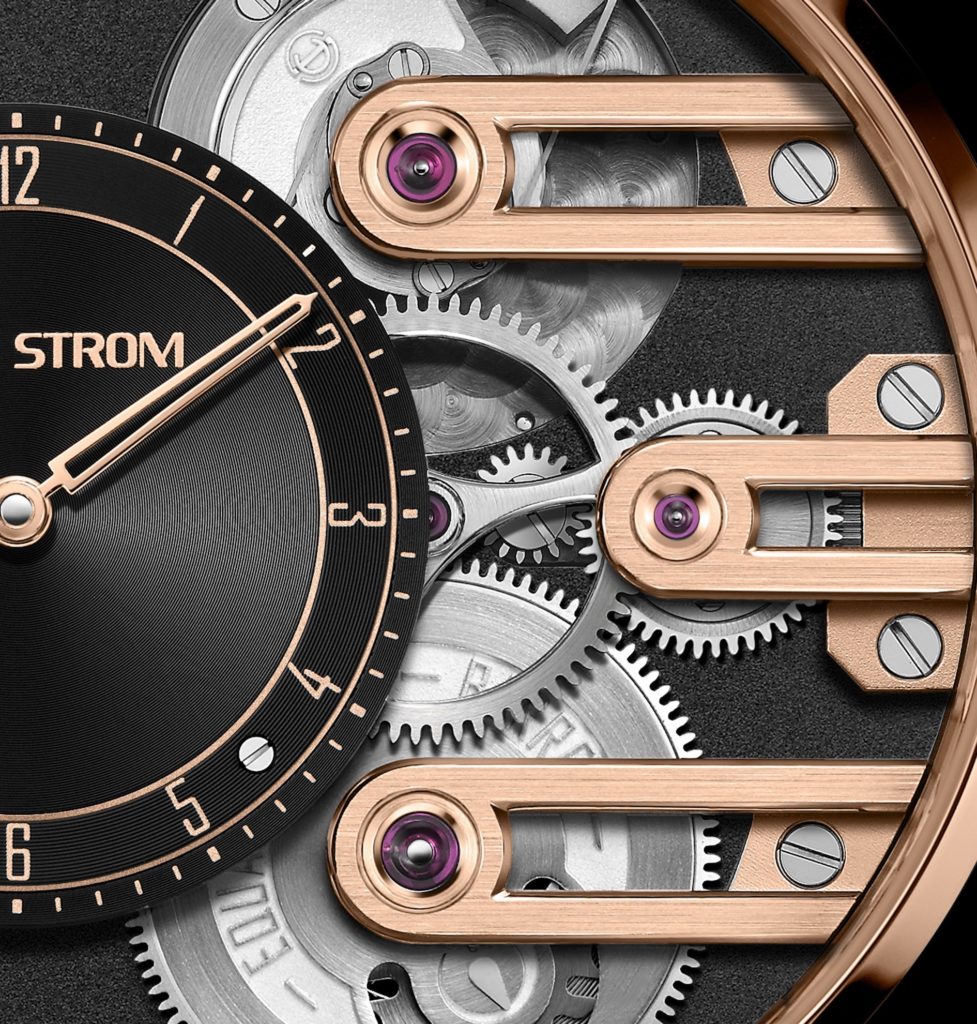 The Gravity Force debuted with a steel case last year as an update to the Armin Strom Resonance Clutch Spring that first demonstrated the brand’s retro-futuristic approach to delivering constant force within its automatic movement.

This newest rose gold-cased version brings along a bit of luxury to what remains a technically focused watch.

When it debuted, the watch’s 41mm case was a new size for the brand. That size remains on this new model, as do the dominant three bridges that echo the vintage pocket watch inspiration behind the movement’s design. Here the bridges are gold, creating a luxurious contrast with the black dial.

The Armin Strom Gravity Equal Force in rose gold is priced at $26,600.