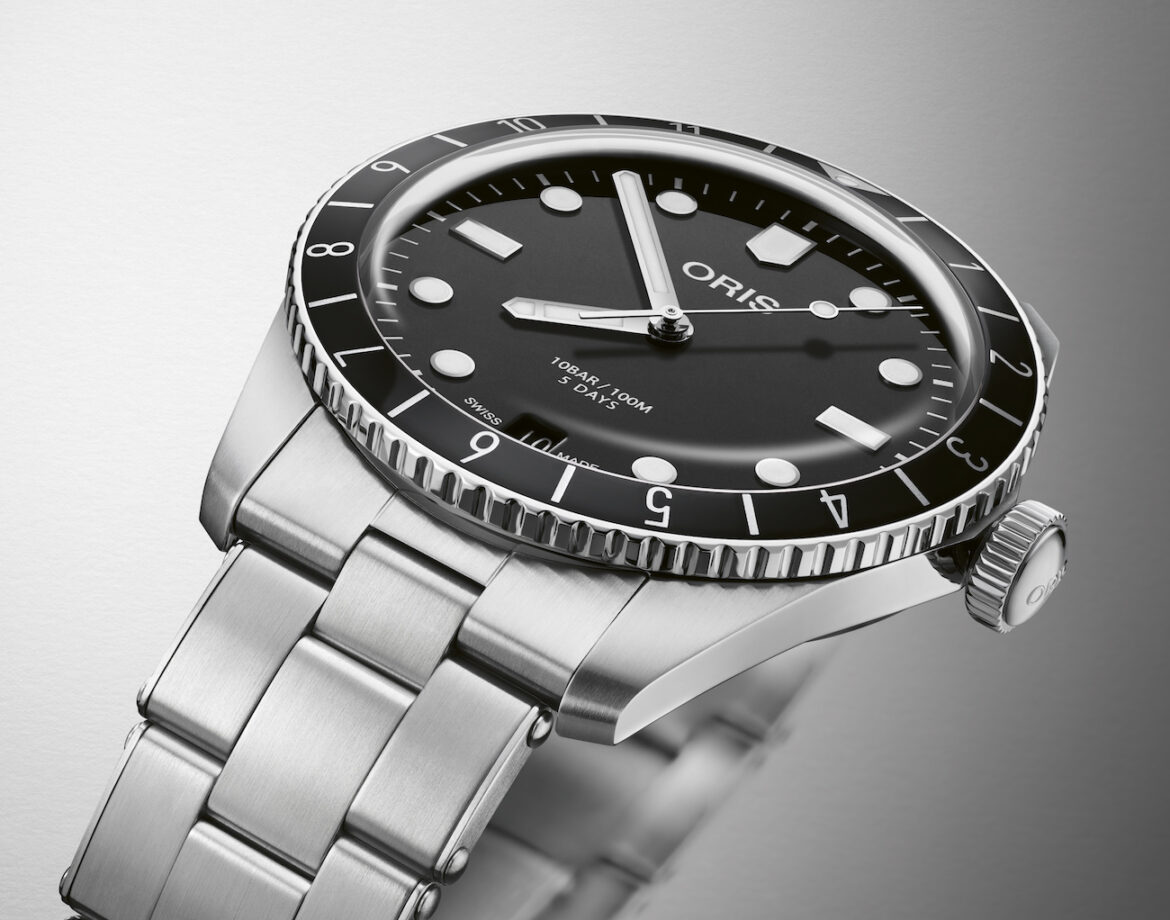 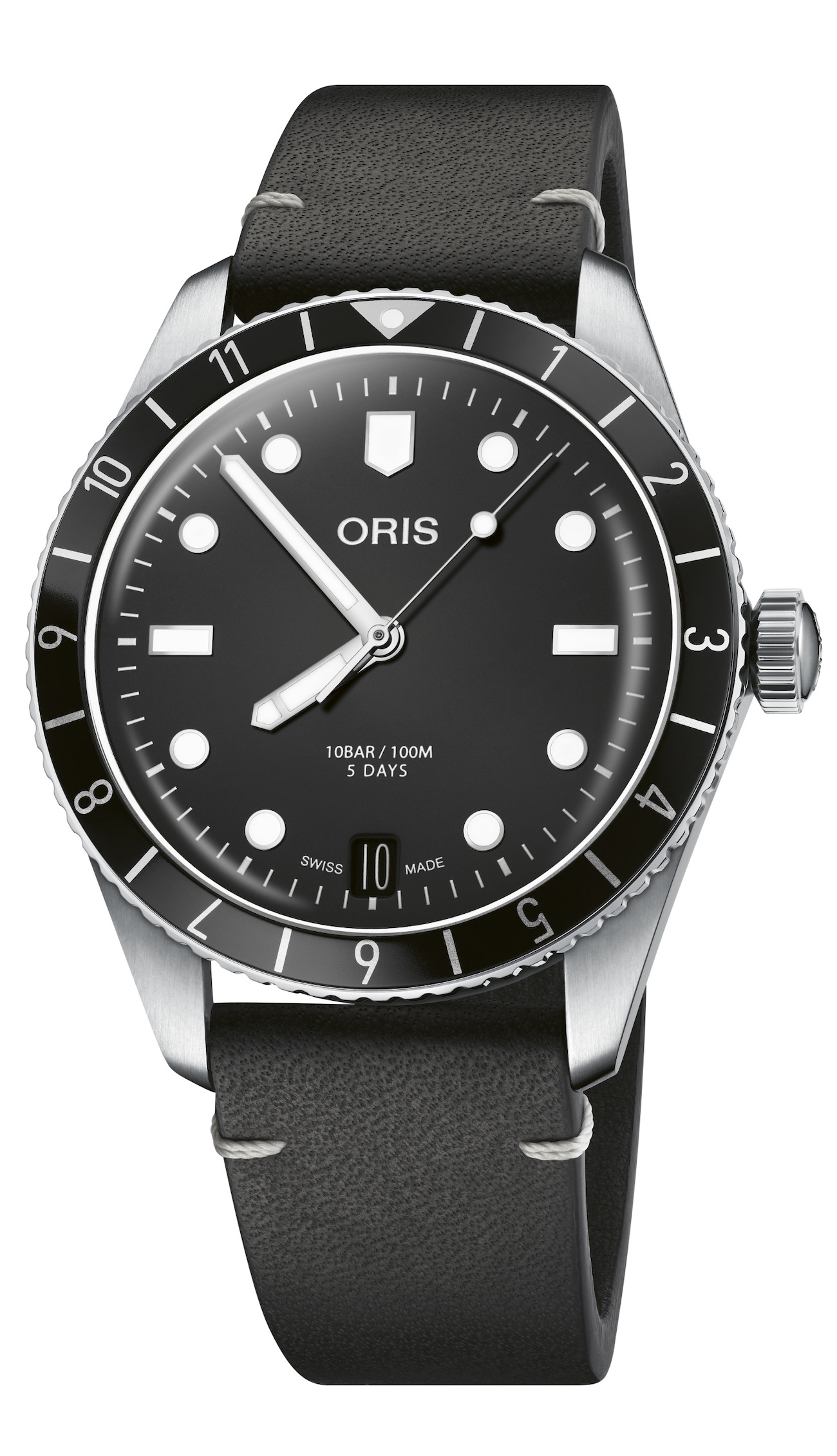 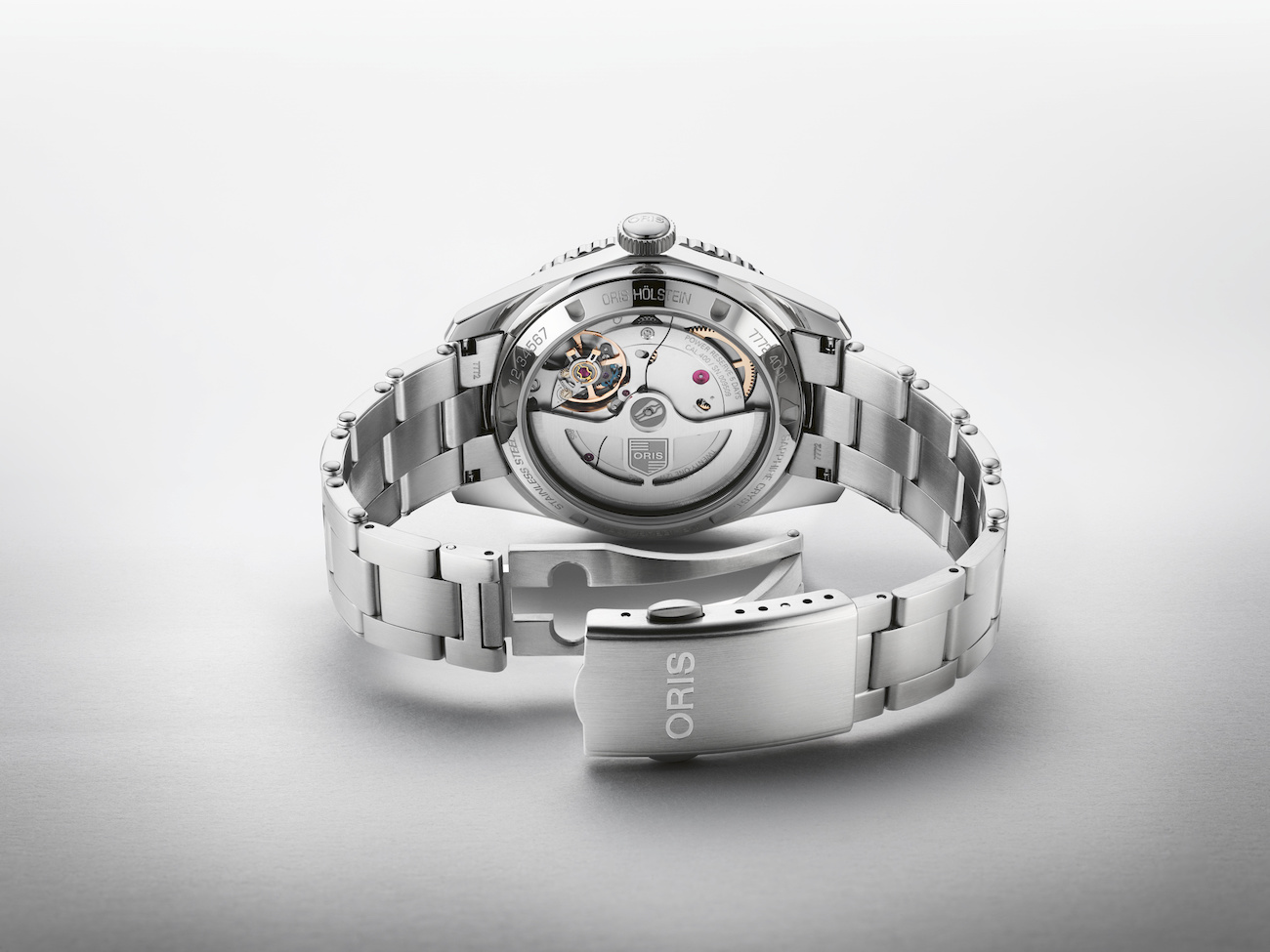 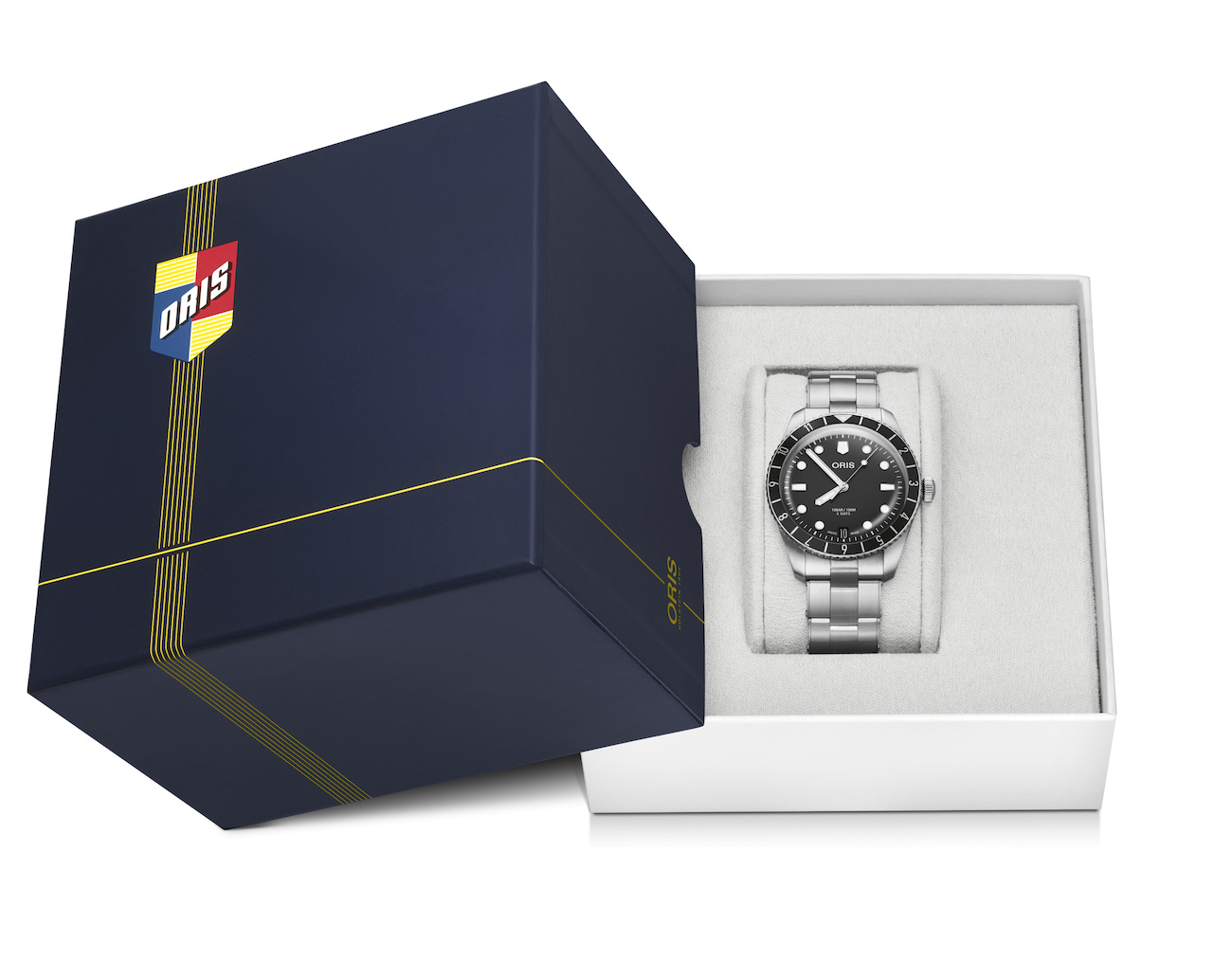 But as the name of the new watch implies, Oris has also added a 12-hour bi-directional rotating bezel, which means this new black-dialed model is also the first Divers Sixty-Five offering a second time zone indicator bezel. 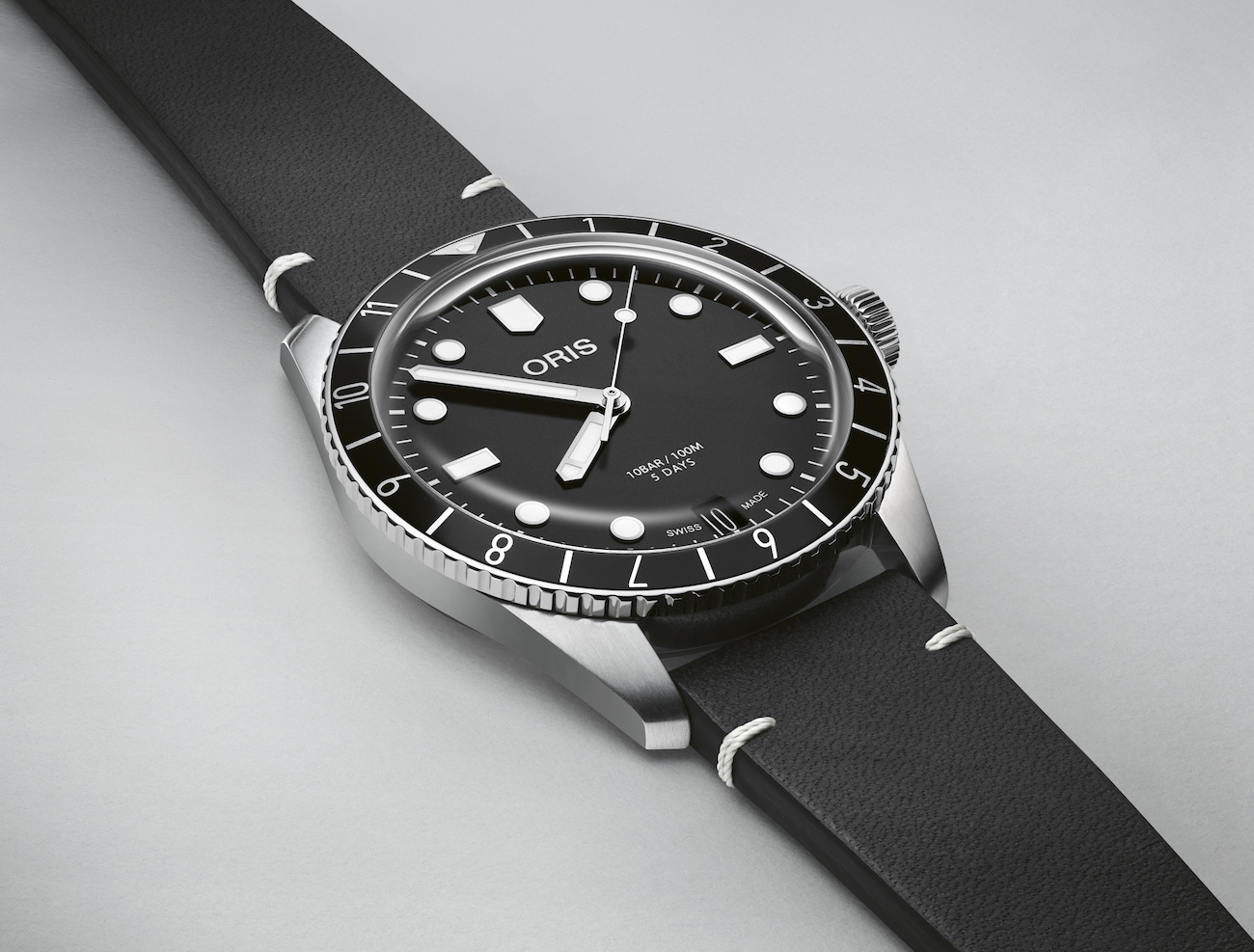 The new watch also boasts a sapphire crystal case back and the choice of either a leather strap or metal bracelet. Prices: $3,500 (leather strap) and $3,700 (steel bracelet).

The shimmering dials, in Blush Pink, Aegean Blue and Seafoam Green, are both eye-catching and apparently on trend, given the success of pastel and blue dials among many other watchmakers in recent months. 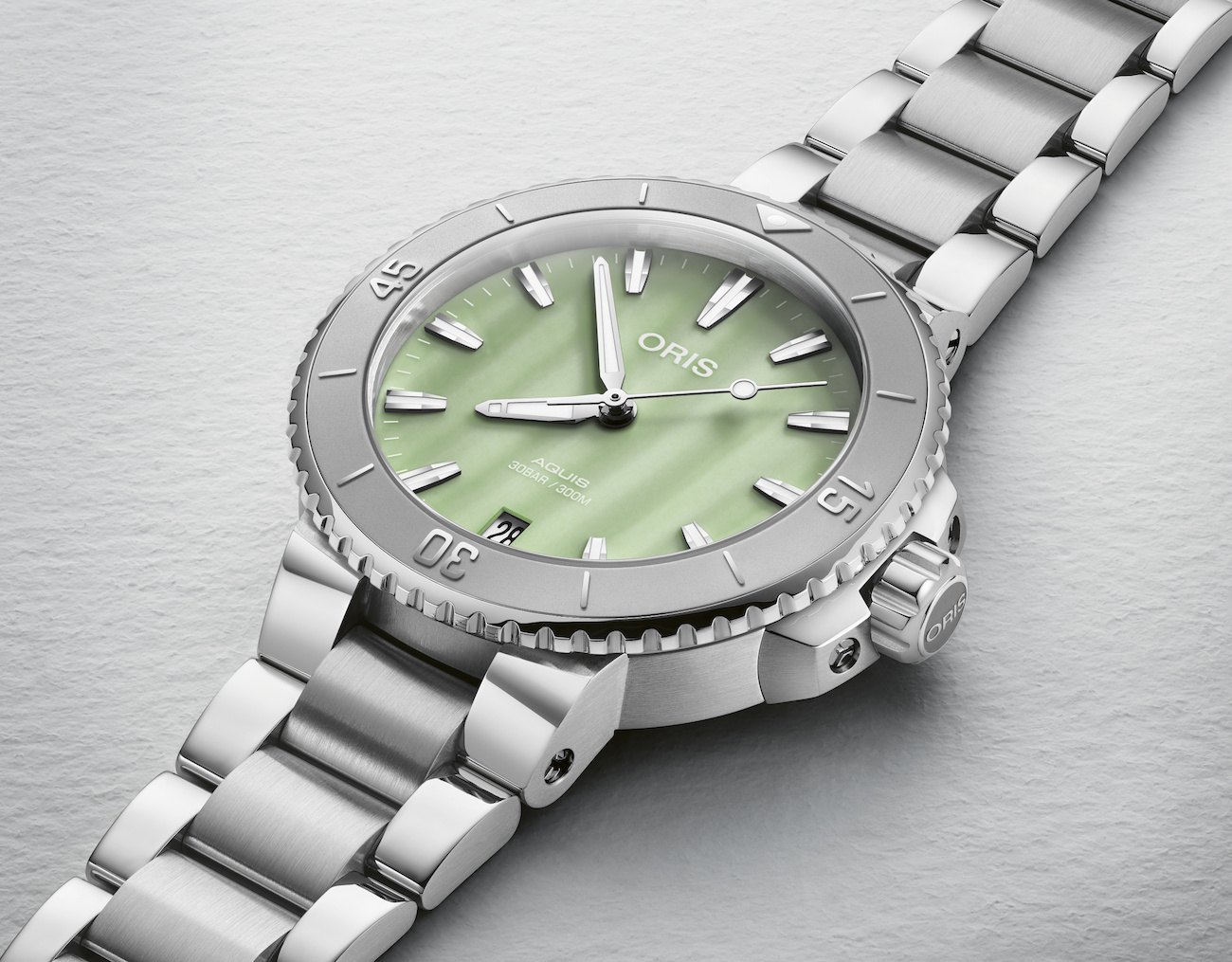 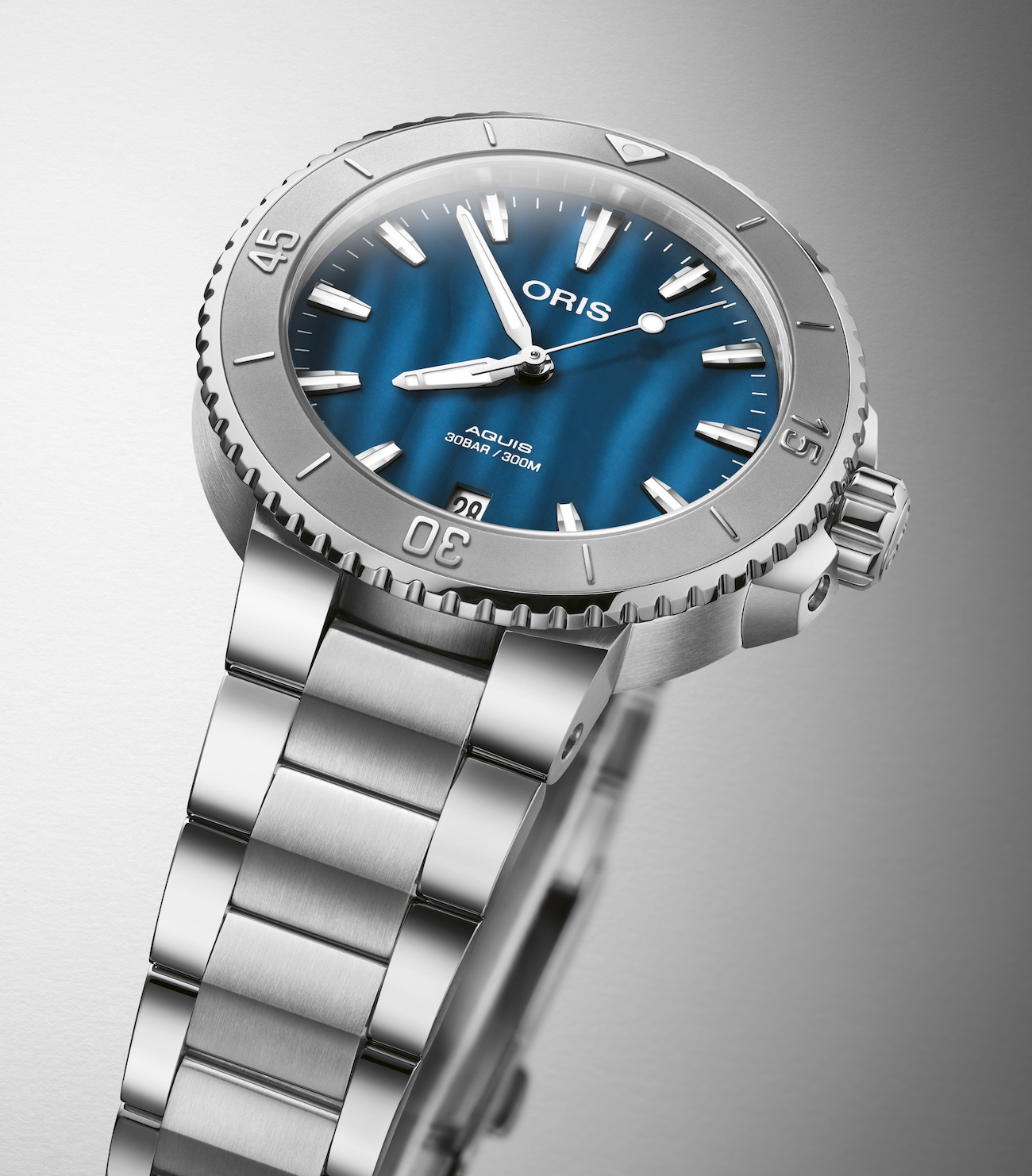 All Aquis Date 36.5 mm models are water resistant to 300 meters and are equipped with Sellita-based automatic Oris Caliber 733. 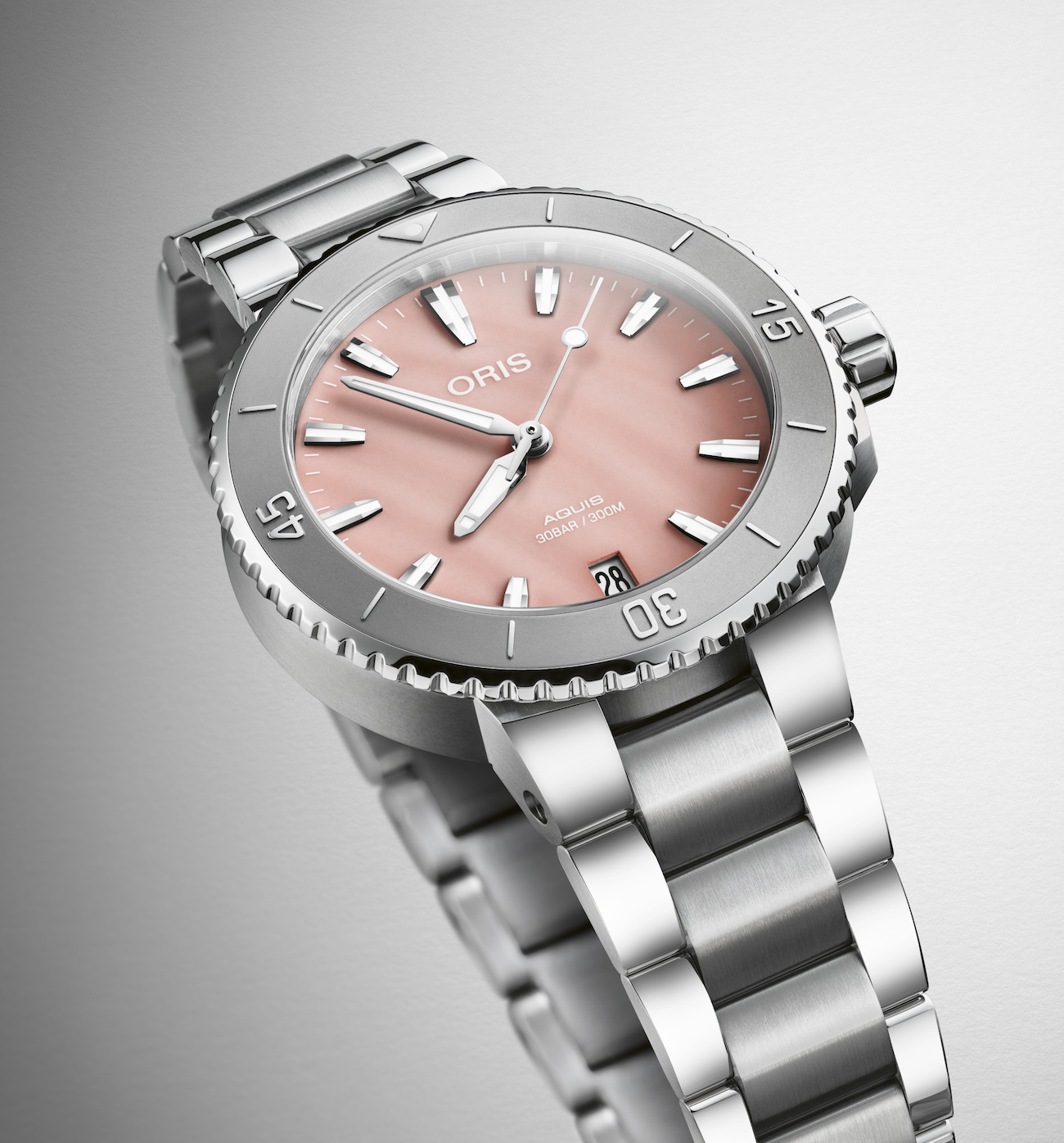