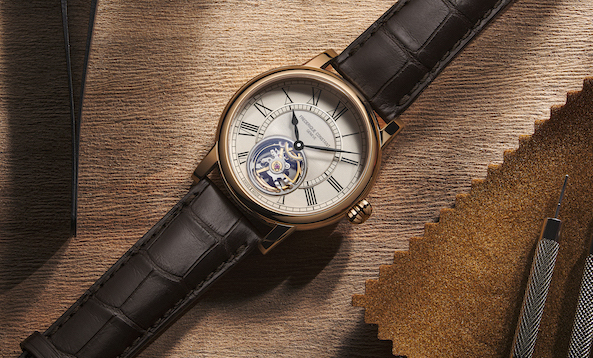 Perhaps the most notable change in the new design, which debuts this week during Geneva Watch Days,  is how the Geneva-based watchmaker is exposing the watch’s escapement, or ‘Heart Beat.’ 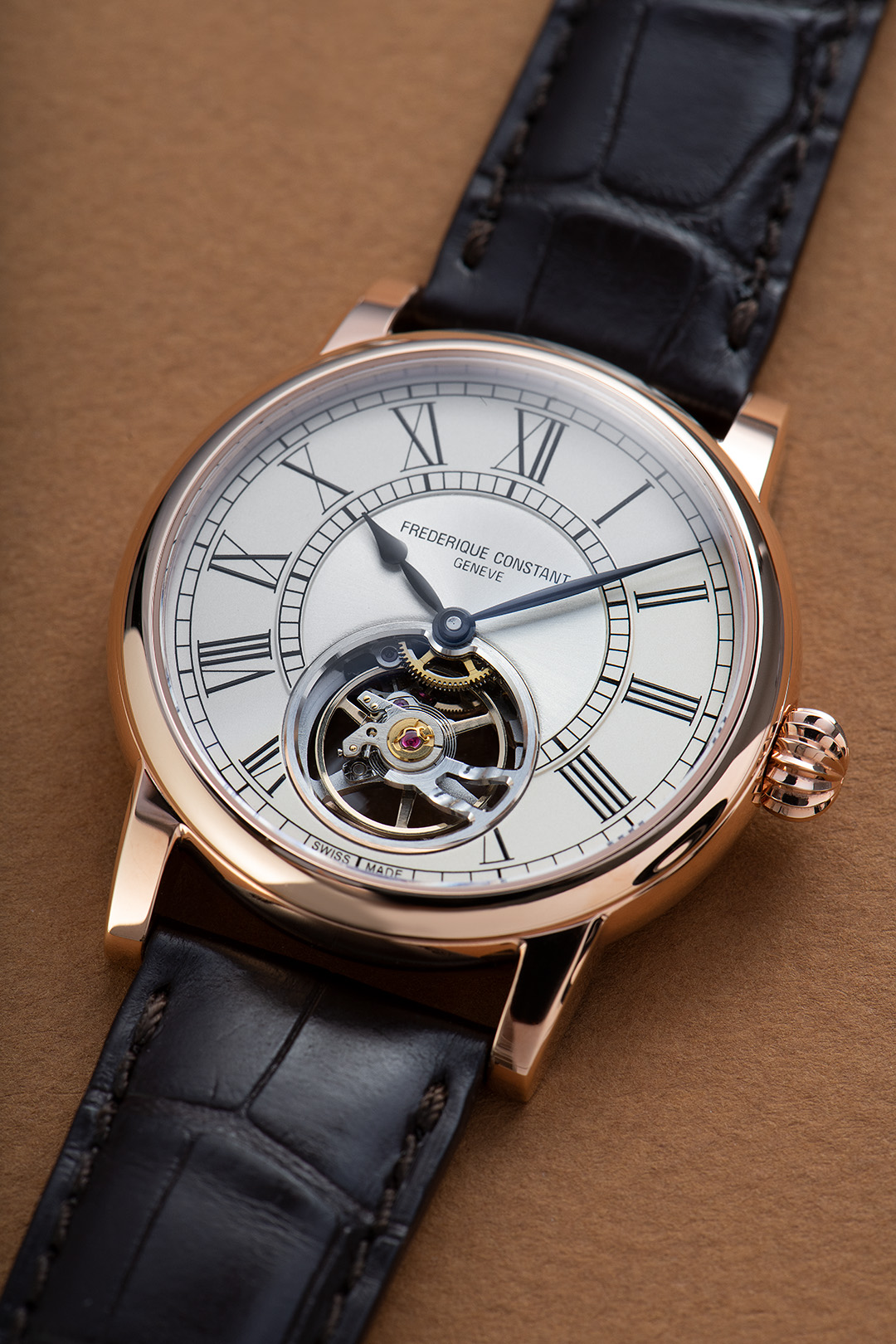 Rather than the ‘comma-shaped’ aperture at the 12 o’clock position that characterized the dial of the Heart Beat collection since 2004, the new collection erases the comma in favor of a true circle that is now positioned at the 6 o’clock position.

The first Frederique Constant Heart Beat models in 1994 quickly became a signature design for what was then a young watchmaking company. The look has been emblematic for the company in the years since, and Frederique Constant has used the design to introduce its FC-910 manual-wind manufacture caliber in 2004, as well as its FC-930, the watchmakers’ first automatic caliber, a few years later. 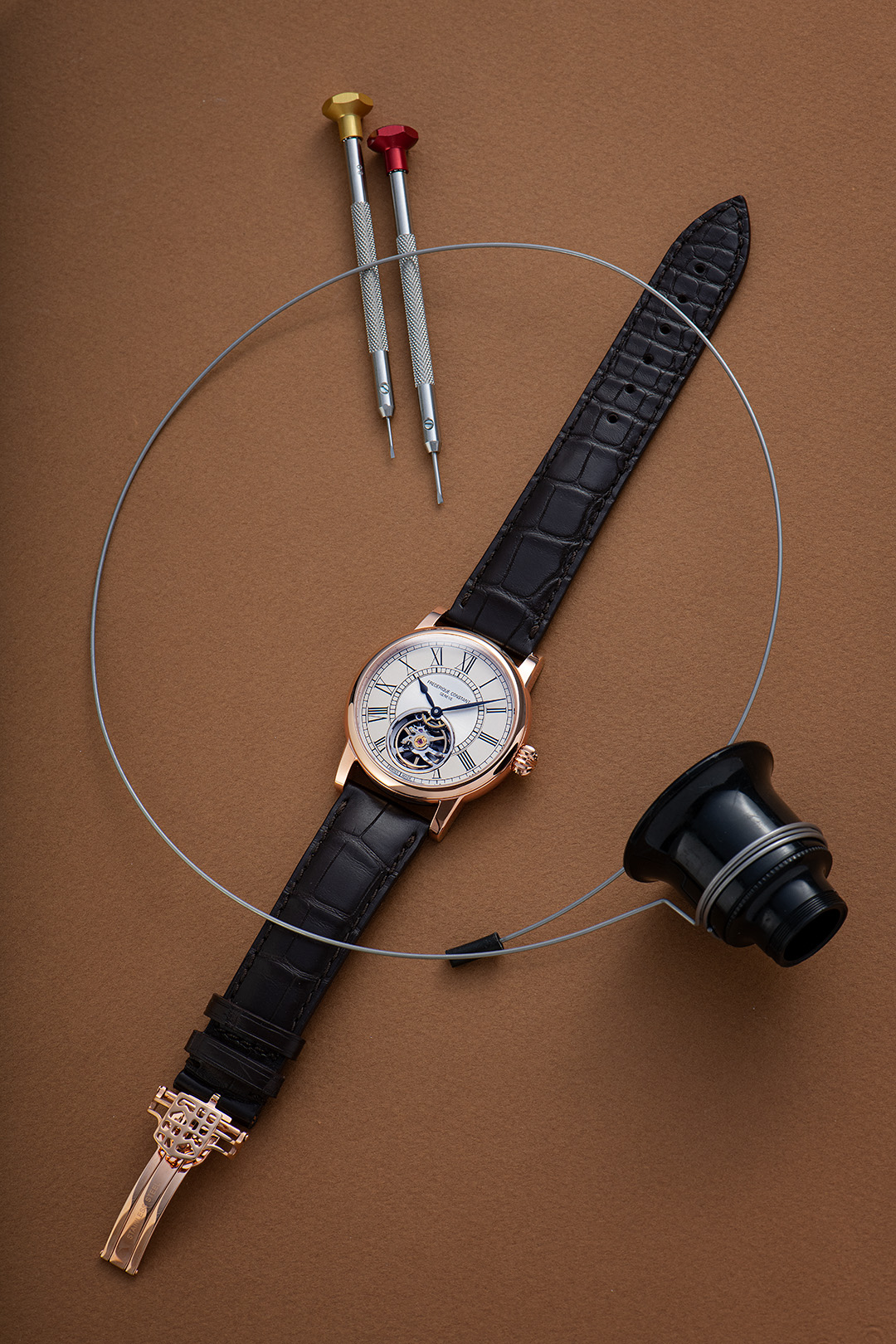 The aperture update is only one aspect the Heart Beat’s redesign. A 39mm case size is a return to the original dimension of the Heart Beat Manufacture models, which have been offered in larger sizes in recent years. And the 2022 collection also boasts more classical Roman numerals on the dial, paired with thinner indexes. 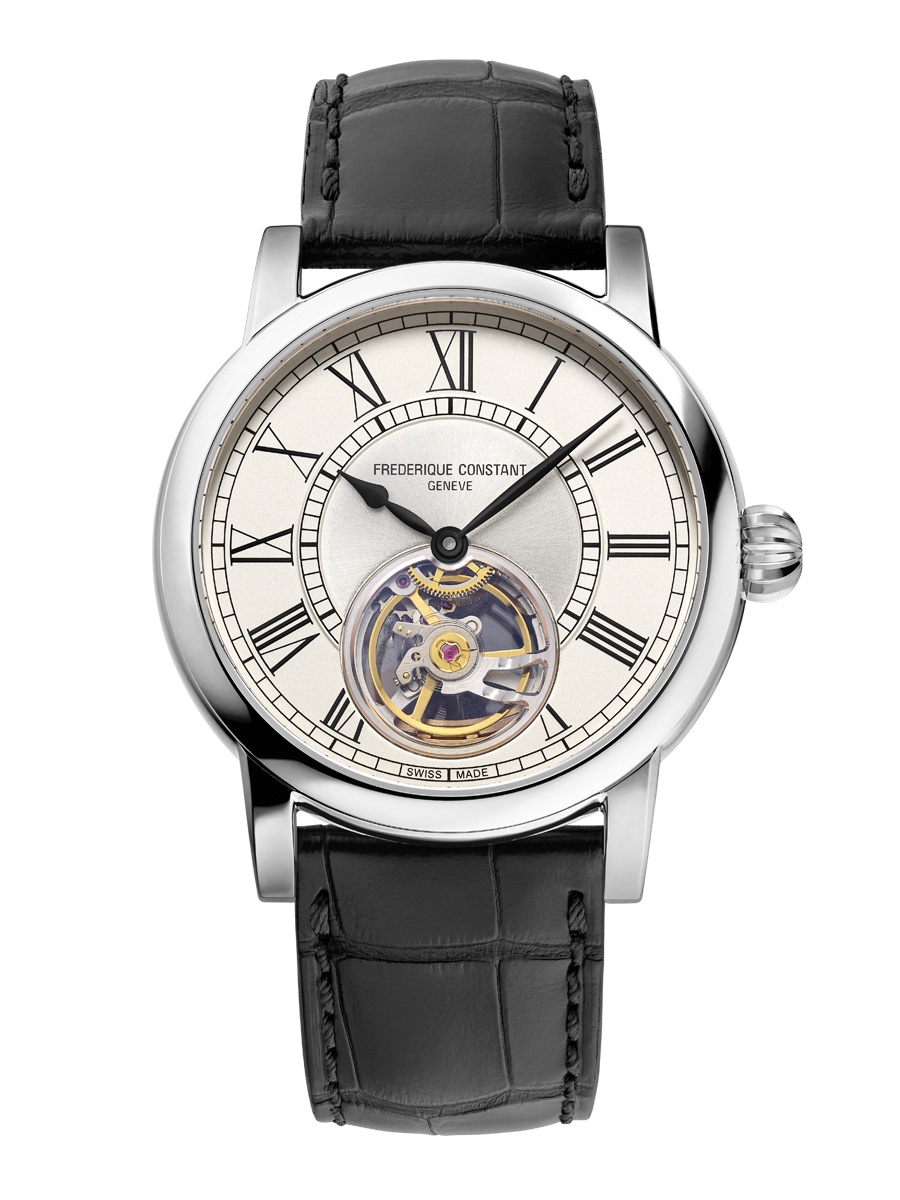 Frederique Constant notes that the new, subtler indexes overlay a lacquered white dial and are paired with traditional railway markers, echoing watches of the early 20th century.  Finally, Frederique Constant revives the same hand design it used in 2004, with a slender leaf shape for the minutes and “heart” hand for the hours. 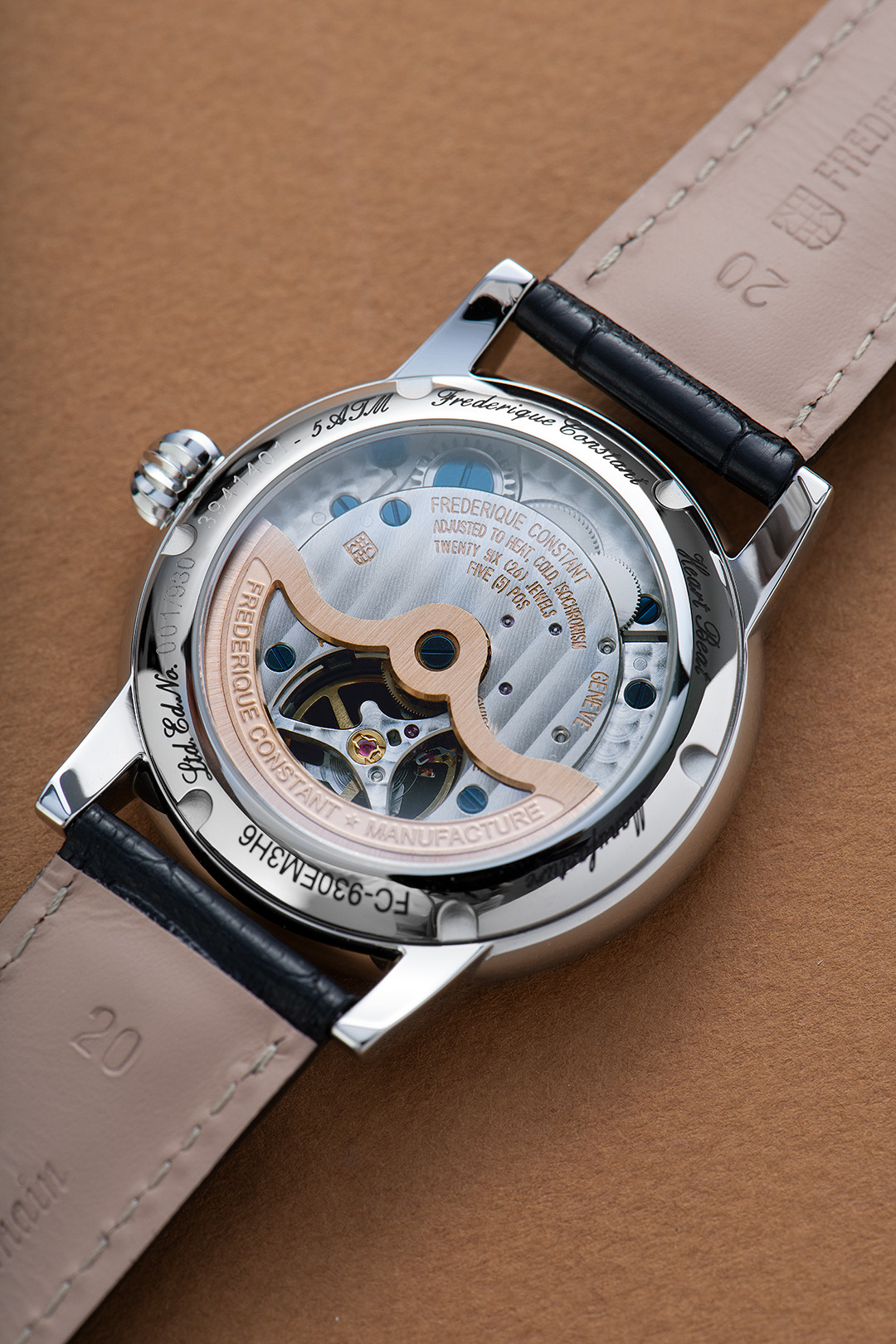 The onion crown on the watch, which will be retained on the new collection, winds an automatic FC-930-3 manufacture caliber, which offers a thirty-eight hour power reserve. Frederique Constant decorates the movement with fine pearling and Côtes de Genève stripes, visible through the open caseback. 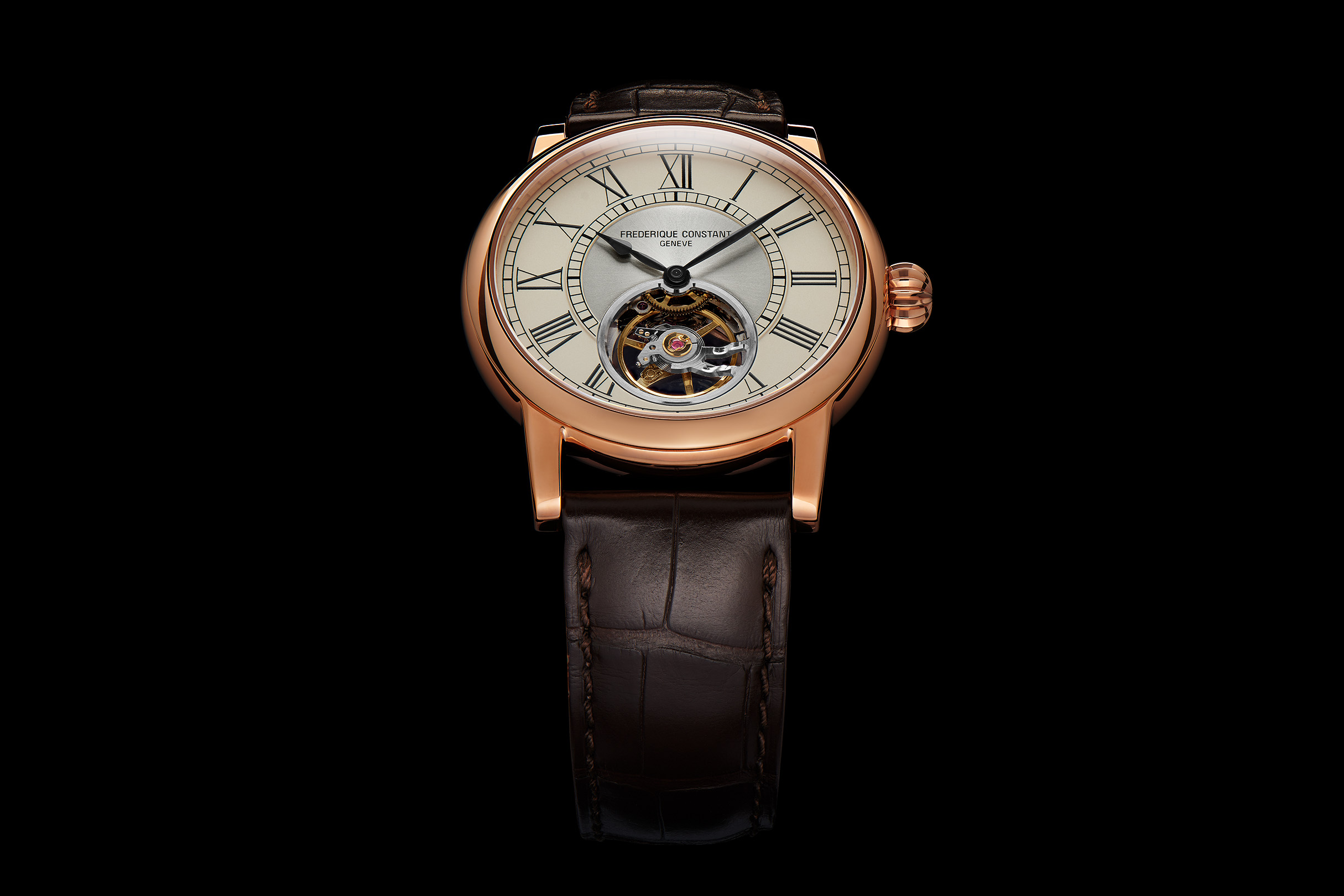