Zurich-based Ineichen Auctioneers will focus on collectible watches made of rose gold for “La Vie en Rose,” its March 12 auction. More than fifty watches will be on offer, with pieces from Vacheron Constantin, F.P. Journe, Daniel Roth, Cartier, Jaeger-LeCoultre and Audemars Piguet among the auction headliners.

A limited-edition watch first purchased in 2006, this model features a 40mm by 9.1mm case in rose gold, a black mother-of-pearl dial and silver subdials patterned with Clous de Paris guilloché. It is powered by a thin manual-wound caliber 1499.2 with mainplate and bridges in solid 18-karat rose gold, and twin independent movement coupled with an aerodynamic resonance system. The watch is one of the rarest models in the Chronomètre à Résonance line as only ten pieces were produced.

Also limited to ten pieces, this 2006 model’s rose gold case measures 38mm by 10.6mm. It features a black mother-of-pearl dial with silver subdial decoration in Clous de Paris guilloché, and is one of very few timepieces to include an annual calendar complication, automatic winding and five-day power reserve. Its annual calendar function indicates the date via the large central hand and advances automatically for months with 29, 30 and 31 days.

Soon after its launch, the Octa Calendrier won the Special Jury Award at the prestigious Grand Prix d’Horlogerie de Genève in 2002.

With a rose gold case measuring 36mm x 36mm x 11.80mm, this watch was produced from 2000 to 2011 and features traditional skeletonization with ‘baroque lines’ and a hand-engraved “peacock tail” decorative pattern with meticulous finishing. Another feature is the caliber 1790SQ, which is one of the best traditionally skeletonized tourbillon movements and also Vacheron Constantin’s first in-house tourbillon movement. 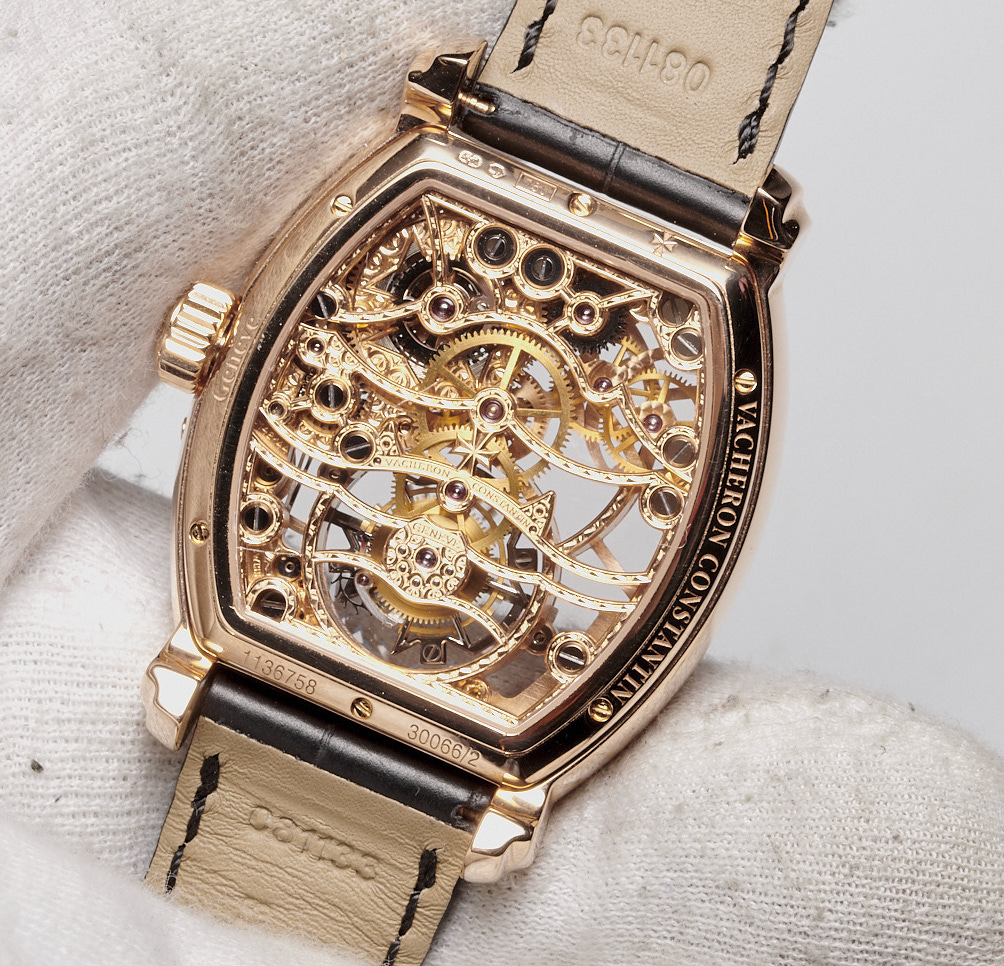 In addition to this trio of headliners, these watches from Girard-Perregaux, Cartier and Daniel Roth will likely draw attention from many collectors.

This piece features the famed Girard-Perregaux three gold bridges, but here they’re visible through the back of the case, non via the dial side. This is meant to echo the design of the original pocket watch movement invented by Constant Girard in 1867 and patented in the US in 1884.  This Reference 99350 is a very rare variation of the design with a rose gold case measures 43mm x 13.15mm, a light cream dial with a world-time complication. Only a few pieces were produced annually from 2005 to 2010.

This watch, one of the first timepieces from the Collection Privée Cartier Paris (CPCP) introduced by Cartier in 1998, is equipped with a rare hand-wound movement, caliber 045 MC, developed by THA Èbauche – a collaborative movement manufacture founded in 1996 by independent watchmakers Vianney Halter, Denis Flageollet and François-Paul Journe.

This model features the caliber 045MC Mk2 version, which uses only monolithic steel springs (except for the fixing spring of the minute counter). There is no additional bridge. Purchased in 2004, the case of this piece is 18-karat rose gold, measuring 43mm x 34mm (with lugs) x 10mm. 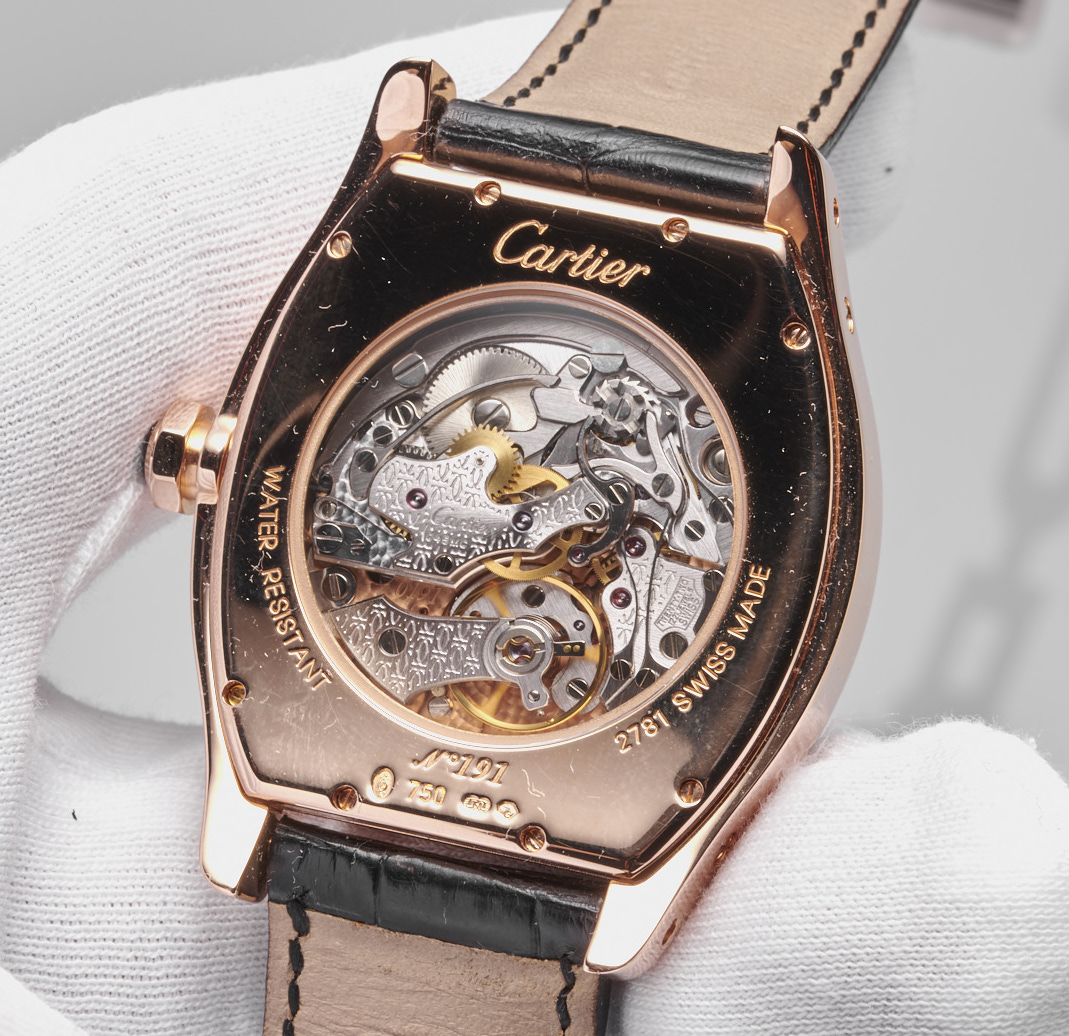 Collectors can register pre-bids and participate in the auction live via the Ineichen Auctioneers website. Bids can also be made online at invaluable.com; liveactionauction.com or by phone via +41 44 298 11 44.