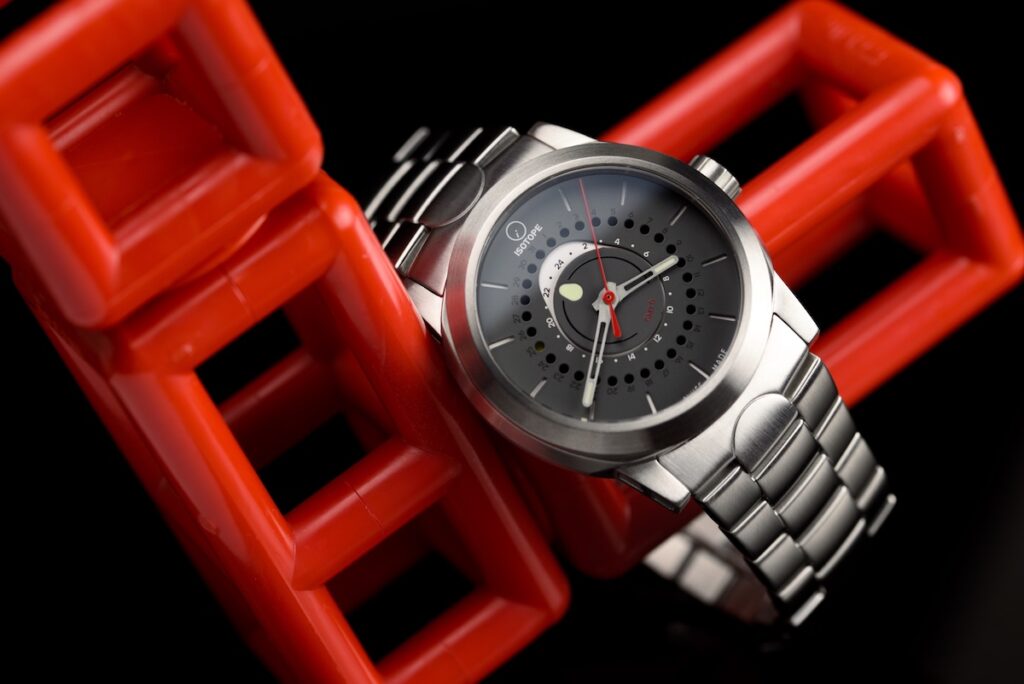 Through Facebook groups like ‘Premium Mechanical Microbrands’ I have discovered several independent watchmakers. Designers with a massive passion for horology own many of these watch brands.

In the past, it was very challenging for small companies to get editorial exposure. Certainly, most of the magazines in Australia (where I am based) only support well-known labels. Ultimately, this is because they rely on advertising revenue.

Fortunately, brands like Isotope raised their profile via social media. They also offer buyers very attractive watches at competitive prices. A great example can be found in Isotope’s latest release called the GMT 0º.

Isotope was established in 2016 in England by José and Joana Miranda. The brand’s catchy name is inspired by science. An isotope is a different form of a single element. But in horological terms, this equates to individuality and originality.

Certainly, I’ve been impressed by the company’s progress and reviewed the Isotope Goutte d’Eau Compressor Diver on my own website recently. This incredible piece was nominated for a 2020 Grand Prix d’Horlogerie de Genève award. For a Swiss mechanical automatic retailing for $670 I feel this timepiece is an absolute bargain. Ultimately, the watch community agreed and this special edition sold out very quickly.

Following up on the success of the Goutte d’Eau Compressor Diver Isotope has just released another fantastic watch called the GMT 0º. For several months I have been anticipating the release of this timepiece. Therefore, imagine my delight when it arrived and exceeded my expectations. 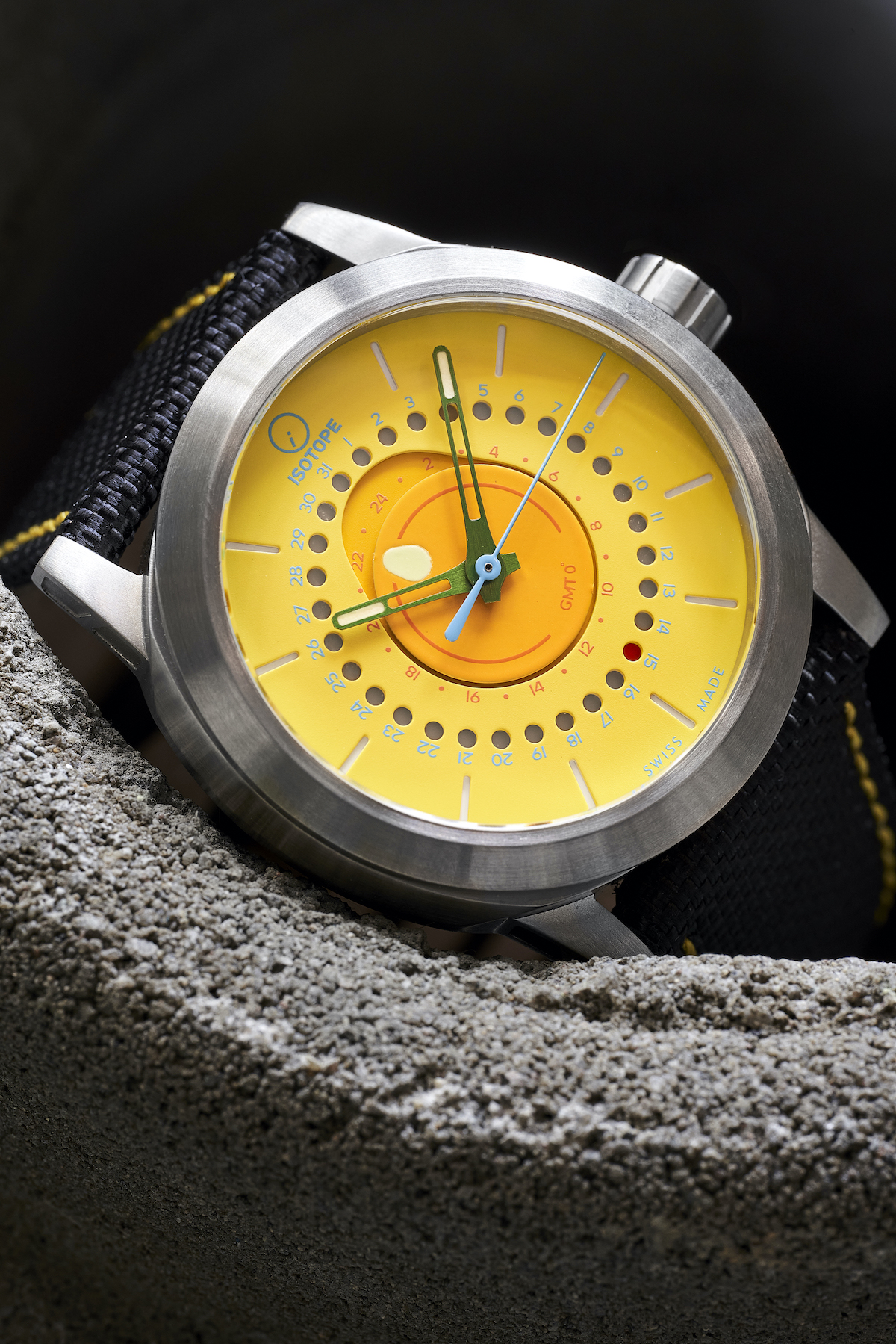 Within the range, there are several colors to choose from including a special bright yellow version (above) made in collaboration with New York-based publisher Cool Hunting. With the exception of this philanthropic version (10% of the proceeds go to Miles4Migrants), my favourite is the Beluga Grey, which is limited to forty-nine pieces and priced around $1,000.

What makes the GMT 0º so special is a multi-layered dial that displays GMT in a disc format rather than the conventional hand. This gives the piece an Avant-Garde aesthetic normally found in much more expensive watches. 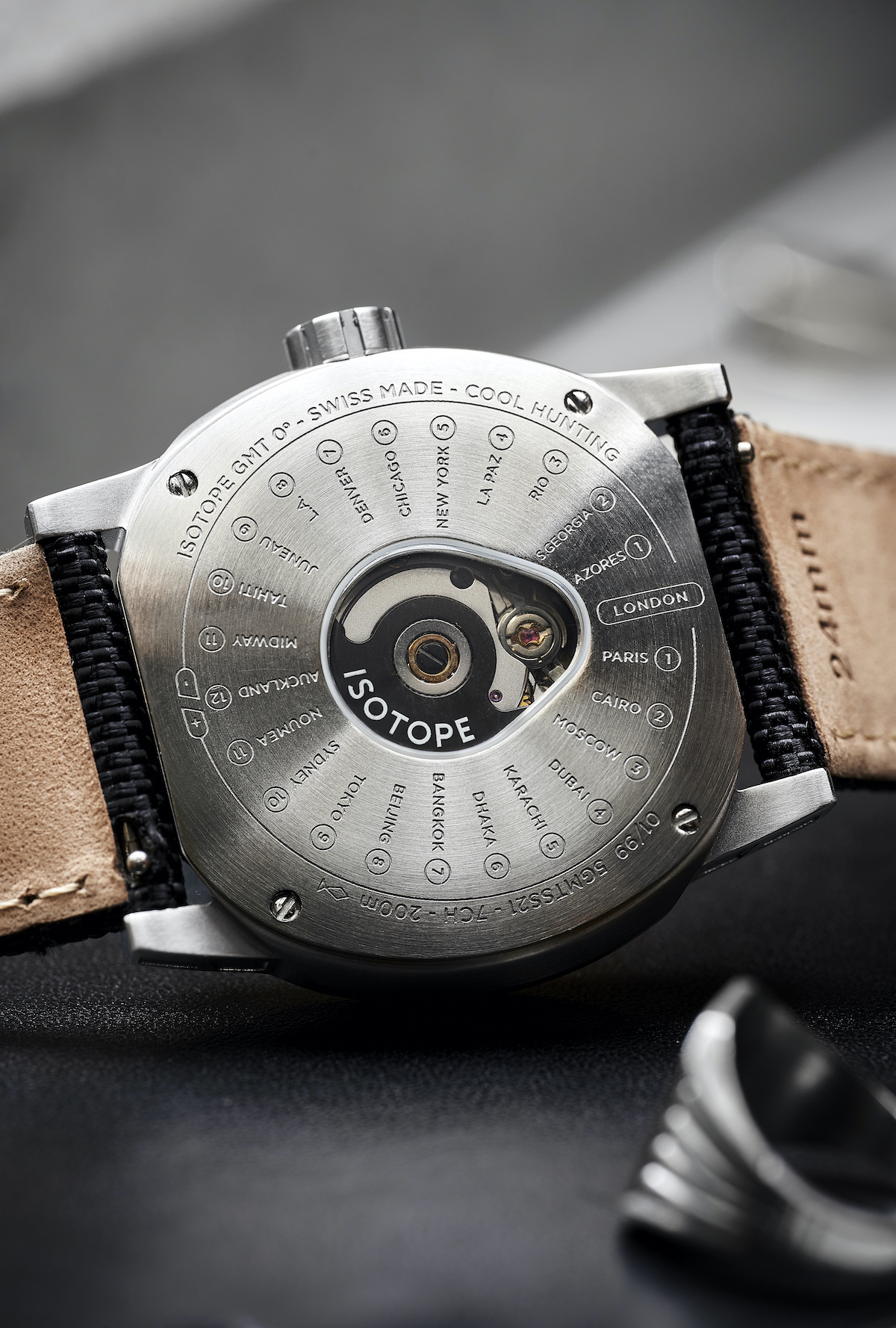 At first glance, the GMT 0º is reminiscent of timepieces from Ochs und Junior. However, there are subtle differences like the teardrop-shaped cut out (12 o’clock), which has now become synonymous with the Isotope brand. Beneath the 41.5mm x 39.5mm 316L stainless steel case is a customized self-winding movement from Swisstech. Another cool feature is the exhibition case back engraved with the time zones of the world’s major cities. 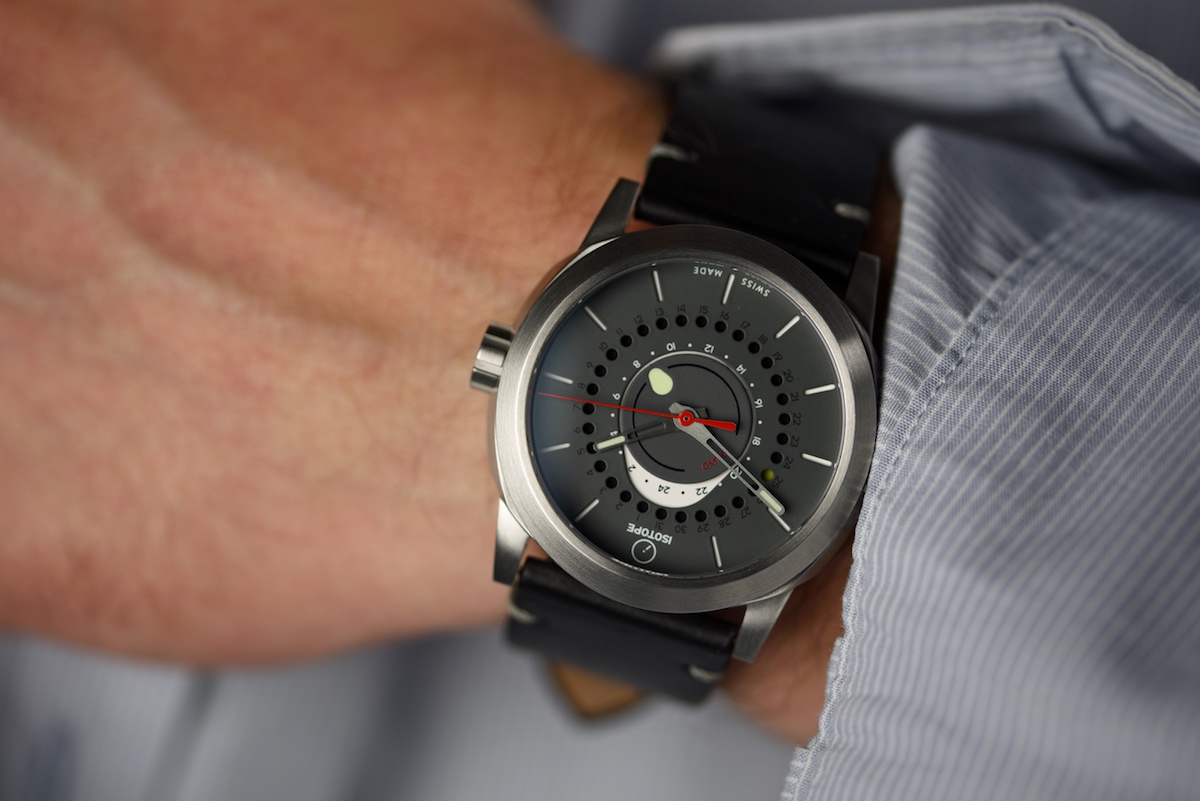 As a perfect finale, the GMT 0º is presented with a Grey leather strap and an additional metal bracelet.