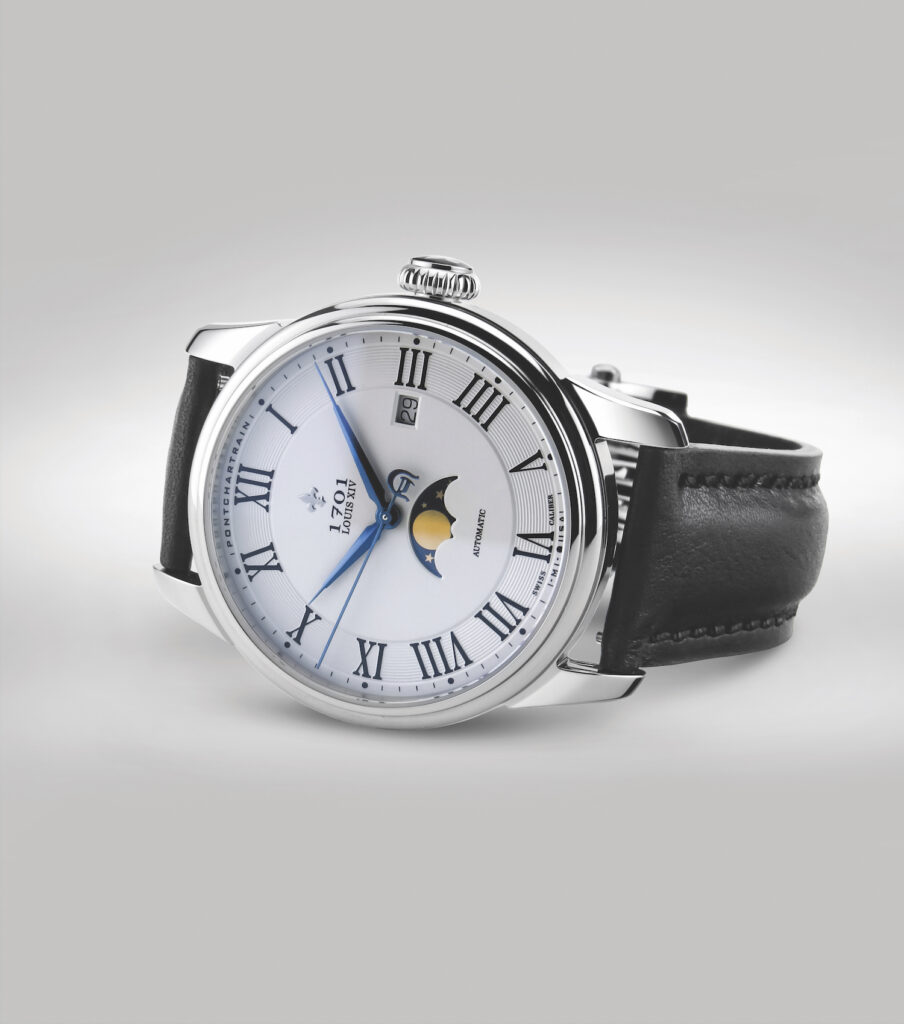 If the design of this watch feels somehow familiar, you won’t be surprised to learn that Detroit Watch co-designers Patrick and Amy Ayoub have once again applied their classical blueprint to their American-based brand.

Two variations of the brand’s new stand-alone Pontchartrain collection are housed in an elegantly stepped 42mm stainless steel case. Both feature automatic ETA Swiss-made movements, one with a sub-second and the other with a choice of silver or gold moon-phase complication. 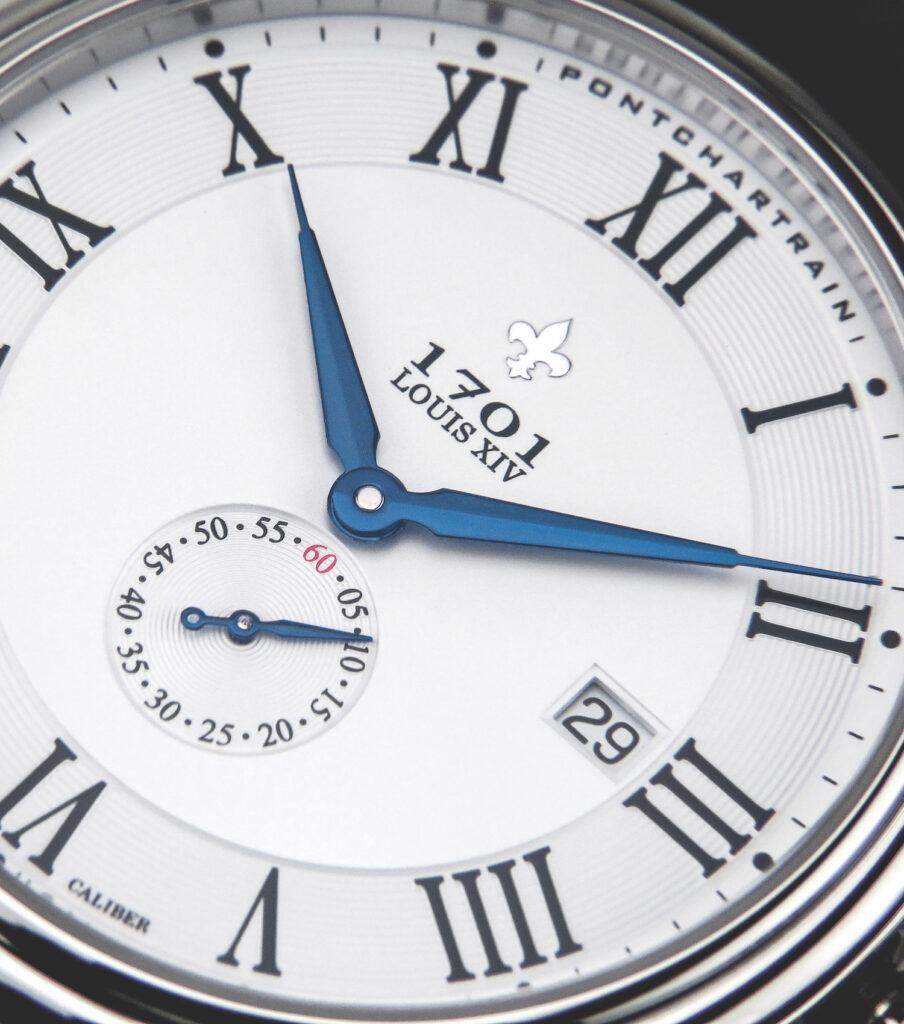 All the qualities you’d expect in a high-quality, high-value watch are here, including sapphire crystal, exhibition back, superior decoration on the Swiss movement and a calfskin strap, which all come together to make a fine watch. Under the loupe the hands are as superb as the dials, and even the crown looks, feels and functions beautifully.

Those outside the Detroit area might ask why “Pontchartrain” for a Detroit-based brand? The Ayoubs chose this name to recall the historic fort that was built in 1701 and actually ended up applying its name to the city. France’s King Louis XIV commissioned Fort Pontchartrain du Détroit as the first permanent French settlement in the area and as a center for the fur trade and French military power in 1701. 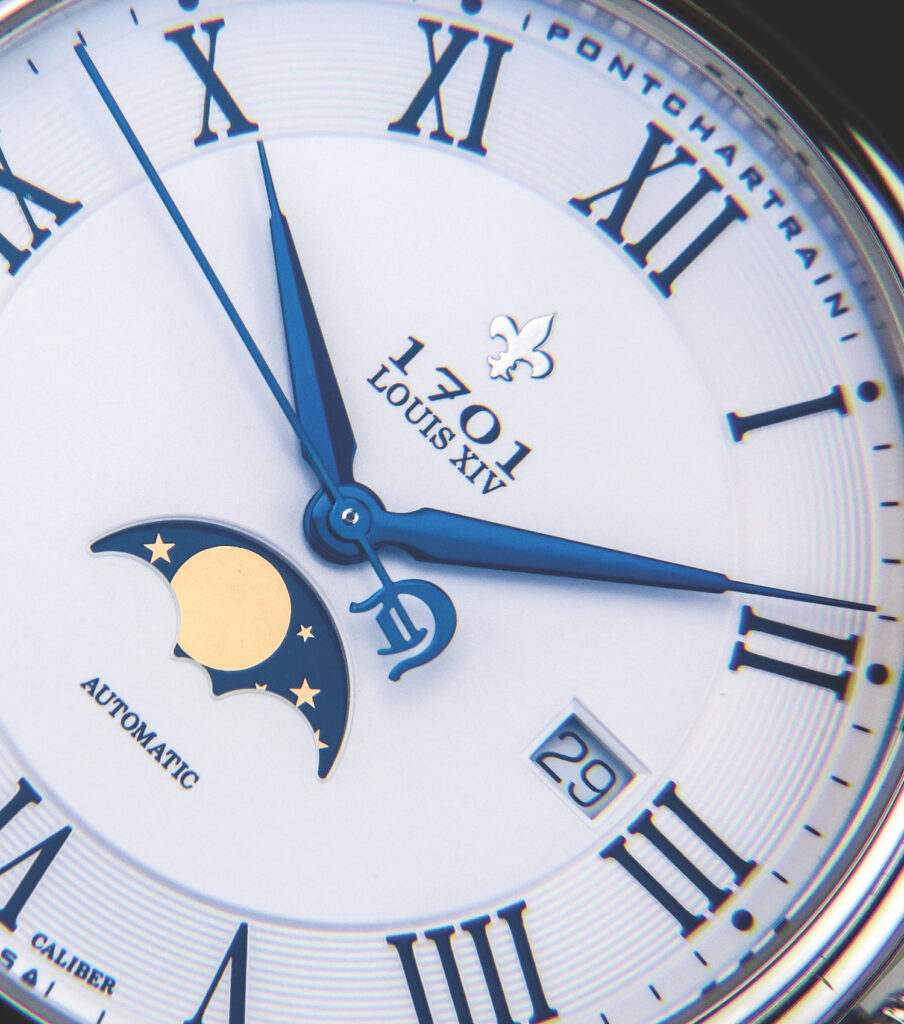 Built along the Detroit River in order to protect the French trade from the British, the fort was named in honor of Louis XIV’s minister of marine and colonies, Louis Phélypeaux de Pontchartrain. Le Detroit, French for ‘the strait’ eventually came to identify Fort Pontchartrain du Détroit and the surrounding area and after 1751, was known simply as Fort Detroit. 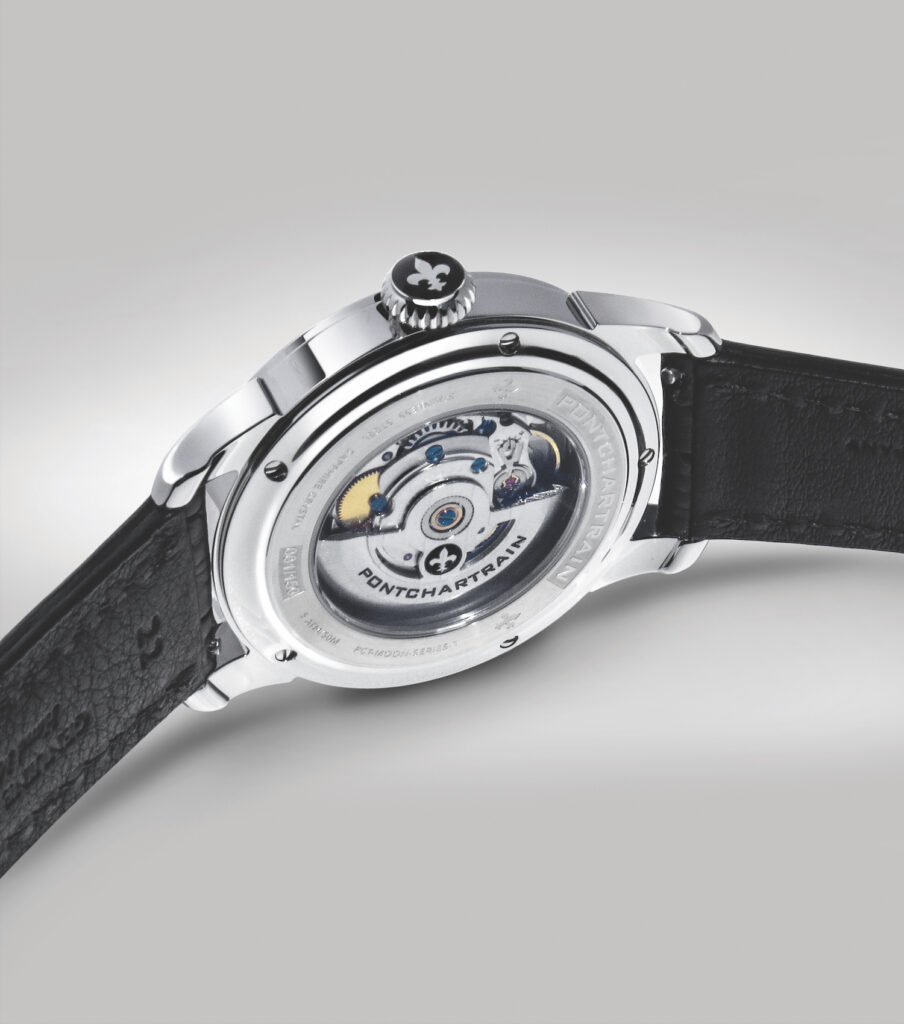 A nice watch – and a history lesson.