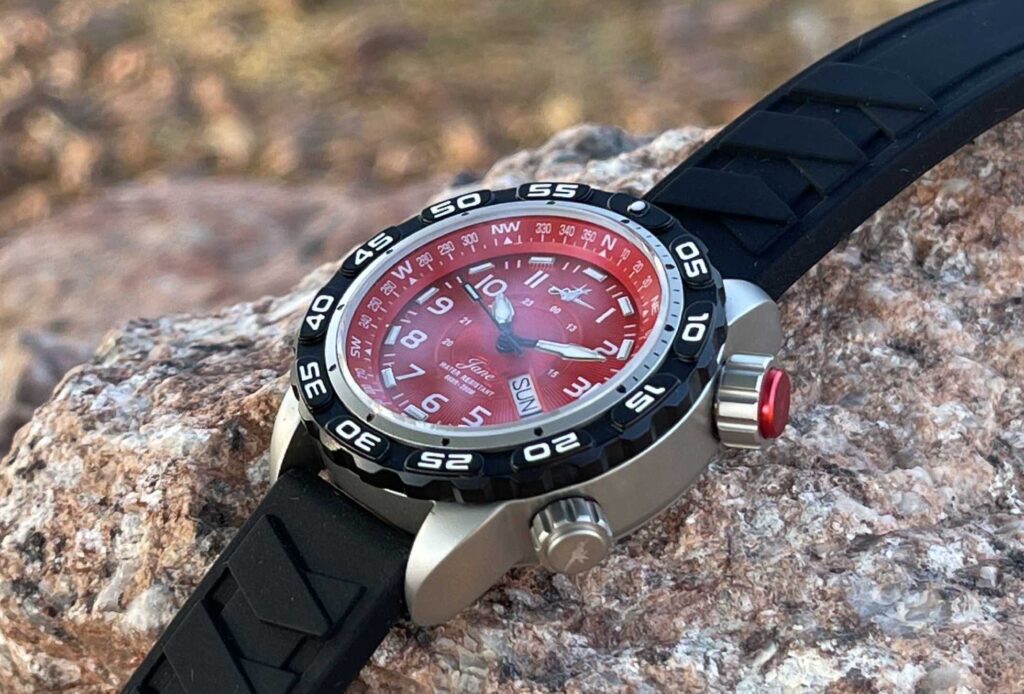 Both collections are the brand’s first watches fit with a bi-directional compass just inside the bezel and a ruler built into the back of the watch. The new models are 35mm steel-cased watches with 200 meters of water resistance, an impressive specification rarely seen watches this size.

The new Jane watch, built with an Ameriquartz quartz caliber by Arizona-based movement maker FTS, is the result of three years of testing, according to Abingdon, which explains that it wanted to create the “best tactical watch offered for women.”

Abingdon originally launched its Nadia dive watch in 2019 and this year adds the Nadia Black Abyss, a black and pink version, which joins the original white and blue Whitewater model. Abingdon tests all its dive watches on the wrists of inductees of the Women Diver’s Hall of Fame.

The 35mm steel watch is powered by a Seiko TMI NH06 automatic movement, which delivers more than forty hours of power reserve. Two screw-down crowns, which control the time function and a bi-directional compass, ensure that the Black Abyss maintains its water resistance. Abingdon has added an elongated 16mm silicone strap built to fit over wet suits and certain thicker dry suits.