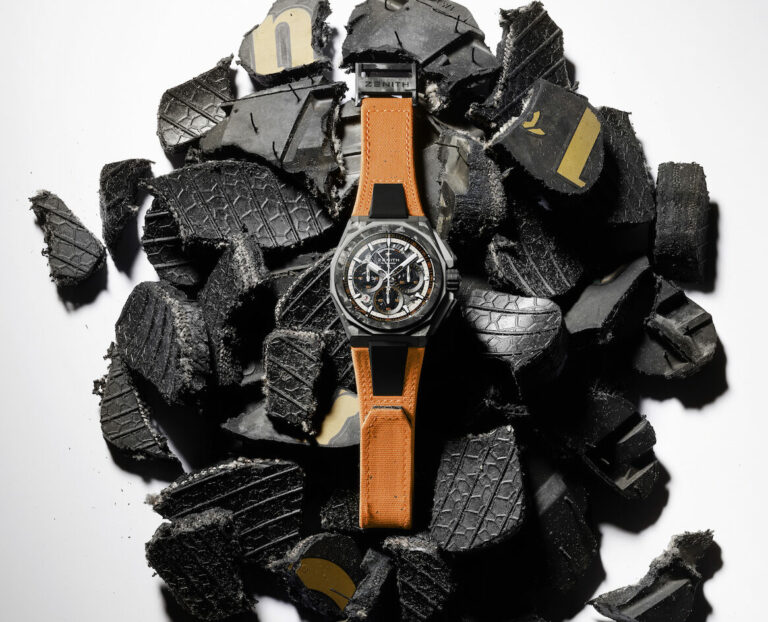 Zenith debuted the second model in series of Defy Extreme Carbon models designed to commemorate the electric rally racing championships for which the Le Locle watchmaker is official timekeeper and founding partner.

The new Defy Extreme E Island X Prix, cased in carbon fiber and with bright orange accents and tinted sapphire crystals, celebrates the upcoming racing series Island X Prix scheduled for this weekend on the island of Sardinia. Orange is the official color of the Island X Prix as it is said to evoking the hot temperatures of the Italian island during summer. 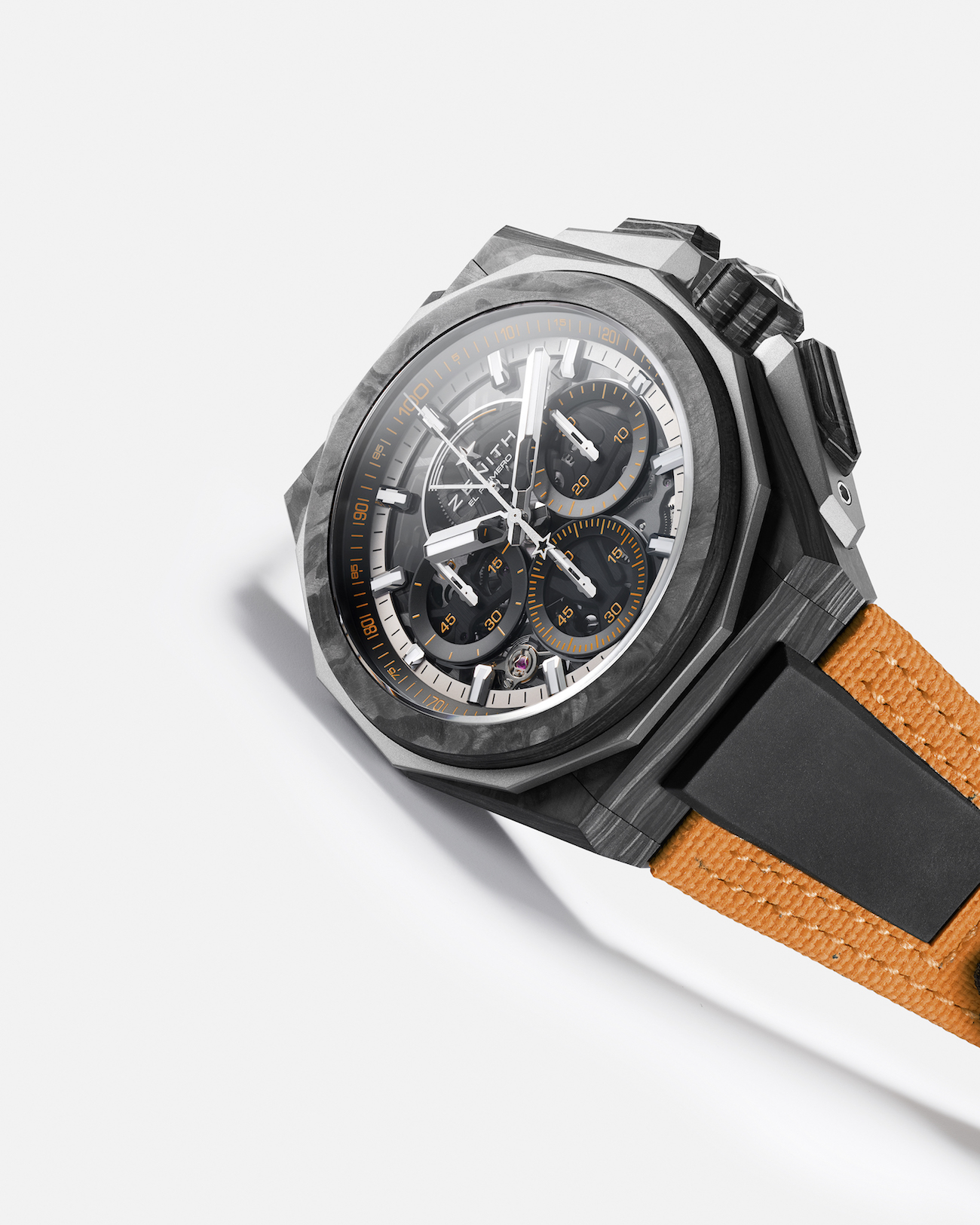 The color stands out against the black carbon fiber case, crown and chronograph pushers of the angular 45mm watch.

Visible in part through the front and the back of the watch is Zenith’s Defy Extreme high-frequency chronograph caliber that offers 1/100th-of-a-second time measurements, with two escapements independently beating at 5Hz (36,000 vph) for the timekeeping part and 50Hz (360,000 vph) for the chronograph. Zenith also shows off its unusual movement through a sapphire display caseback emblazoned with the Island X Prix logo. 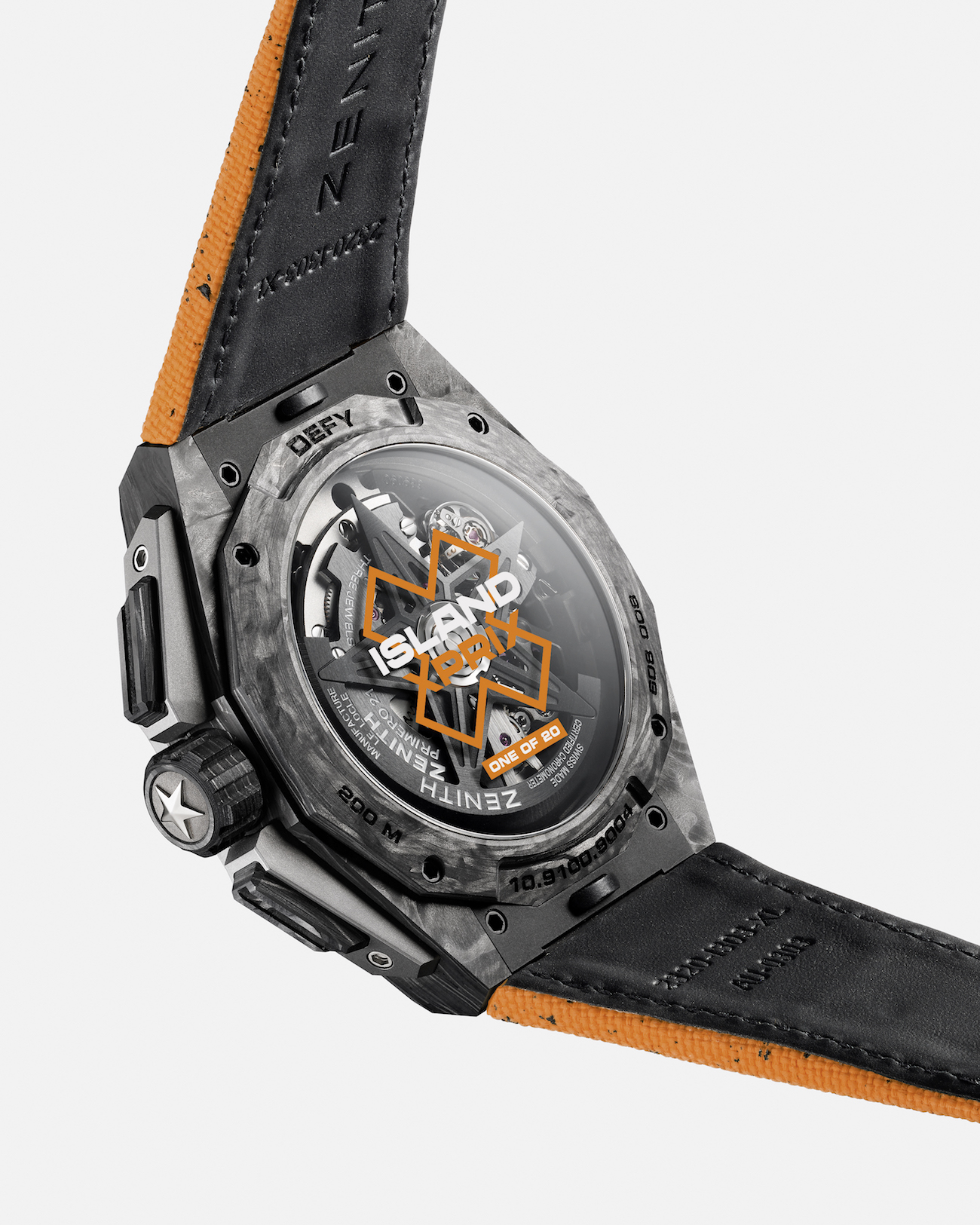 Zenith adds to the watch’s racing and recycling theme with a special strap infused with materials of recycled tires. The Velcro strap features a black rubber central element surrounded by an orange rubber inlay. Zenith also includes two additional straps, one in black rubber and the other in black Velcro, each easily swapped without any tools.