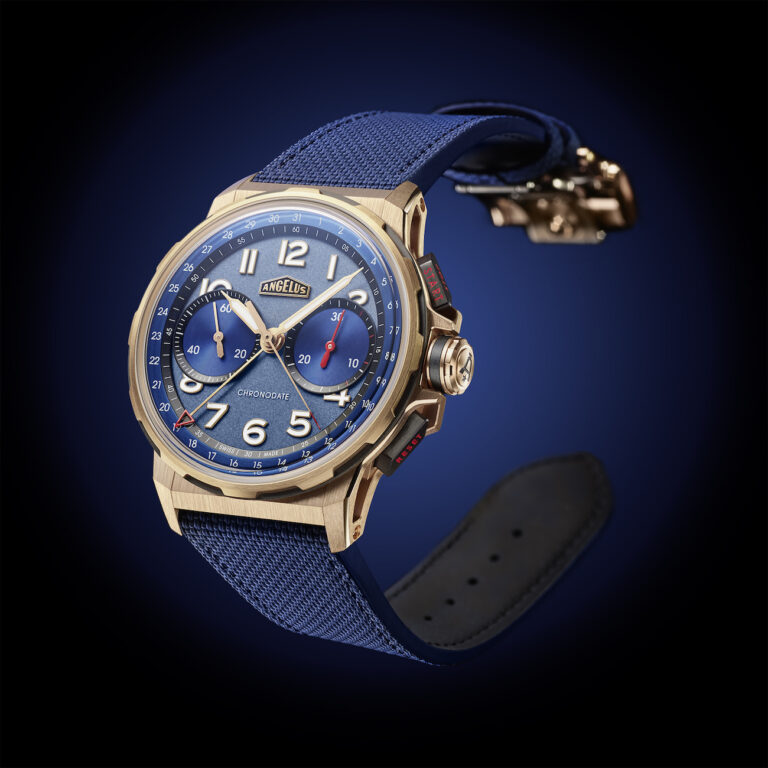 One of the more impressive new chronographs debuted earlier this month in Geneva, the Angelus Chronodate is this watchmaker’s tribute to a chronograph it made eighty years ago in 1942.

True to the common bi-compax layout of many chronographs of that era, the retro update at 42.5mm is larger than the original Angelus Chronodate. It remains highly legible with similar big sub-dials and red-tinted chronograph hands. That very cool bi-compax layout is encircled by a peripheral date, which Angelus notes is also a direct reference to the original model.

Most effectively, Angelus has placed the watch’s counters and applied Arabic numerals on matte dials, like frosted glass, which provides a winning sporty effect and sets this series apart from so many other retro chronographs.

Angelus powers the watch with its own Caliber A-500, which is a 4 Hz chronograph with a column wheel and horizontal coupling. An historical Angelus logo graces the rotor. 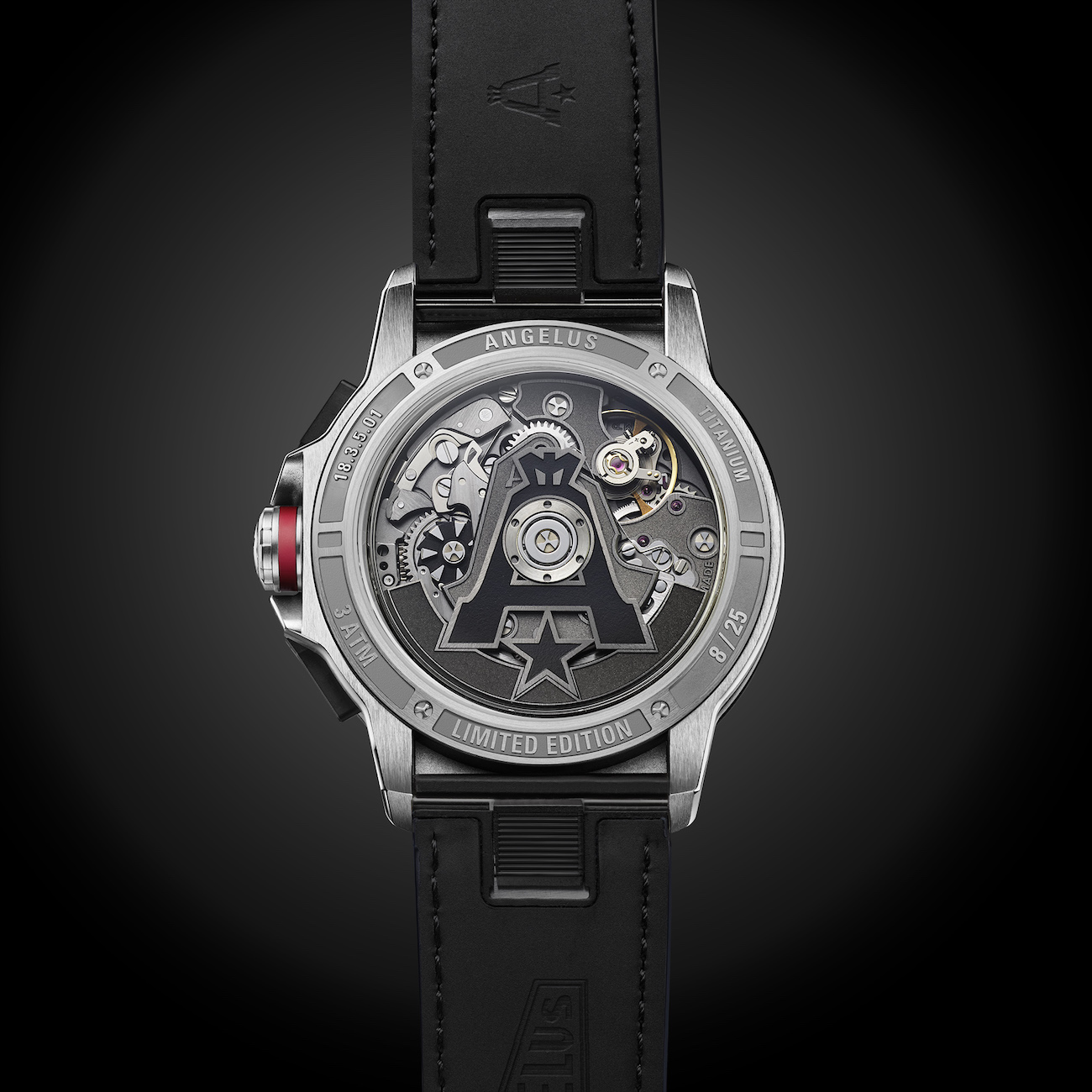 And while the dial and layout are historically inspired, the Chronodate case is decidedly modern. Its modular frame protects the movement within a container made of carbon composite. Indeed, the chronograph’s push-pieces, the ring inserted between the case middle and the 12-notch bezel are also cut from this matte black material. 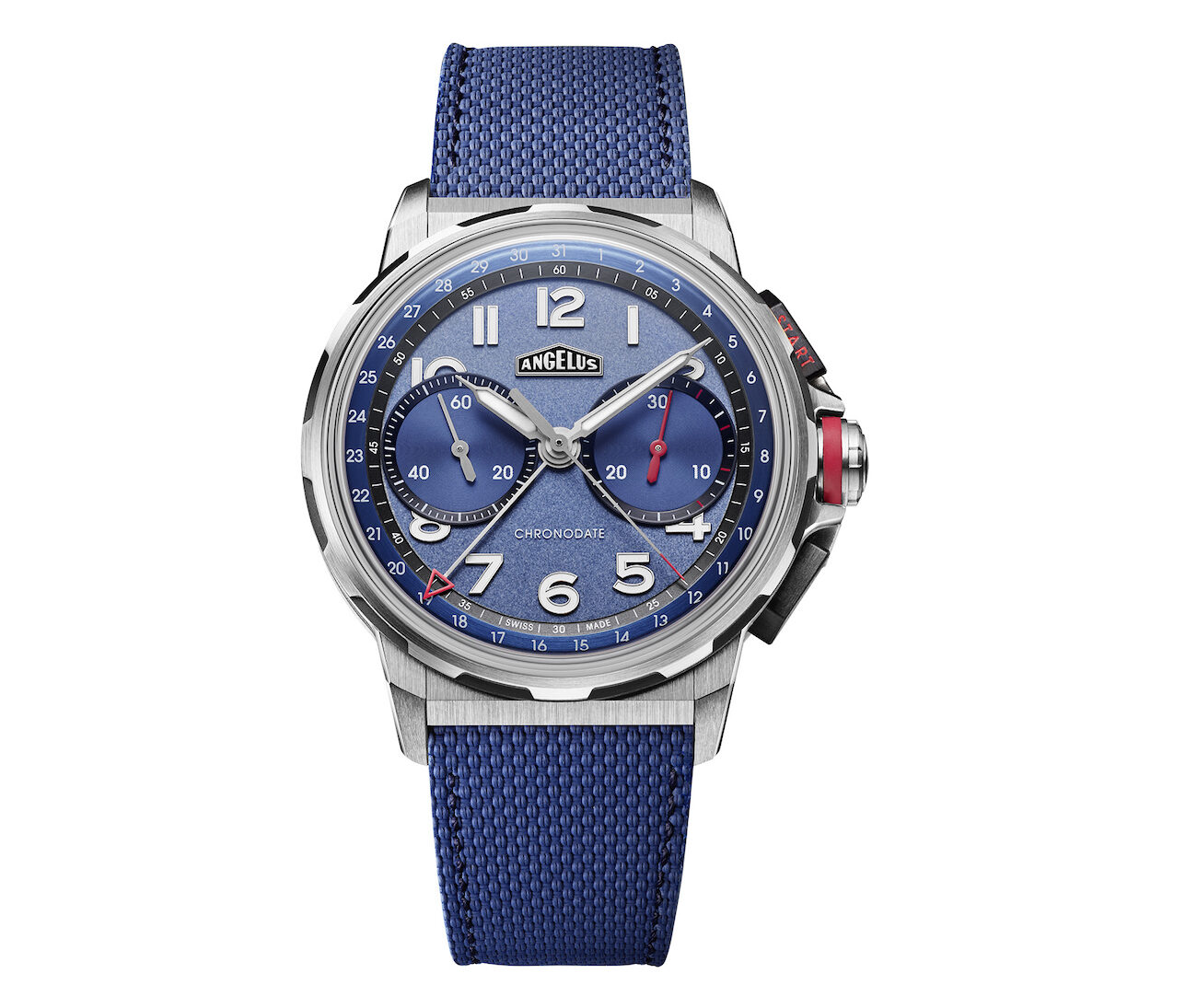 Angelus is making its Chronodate is available in three limited series’ of twenty-five pieces each. The red gold Chronodate features a blue PVD dial while the titanium versions are available in two color schemes, opaline white or blue PVD.