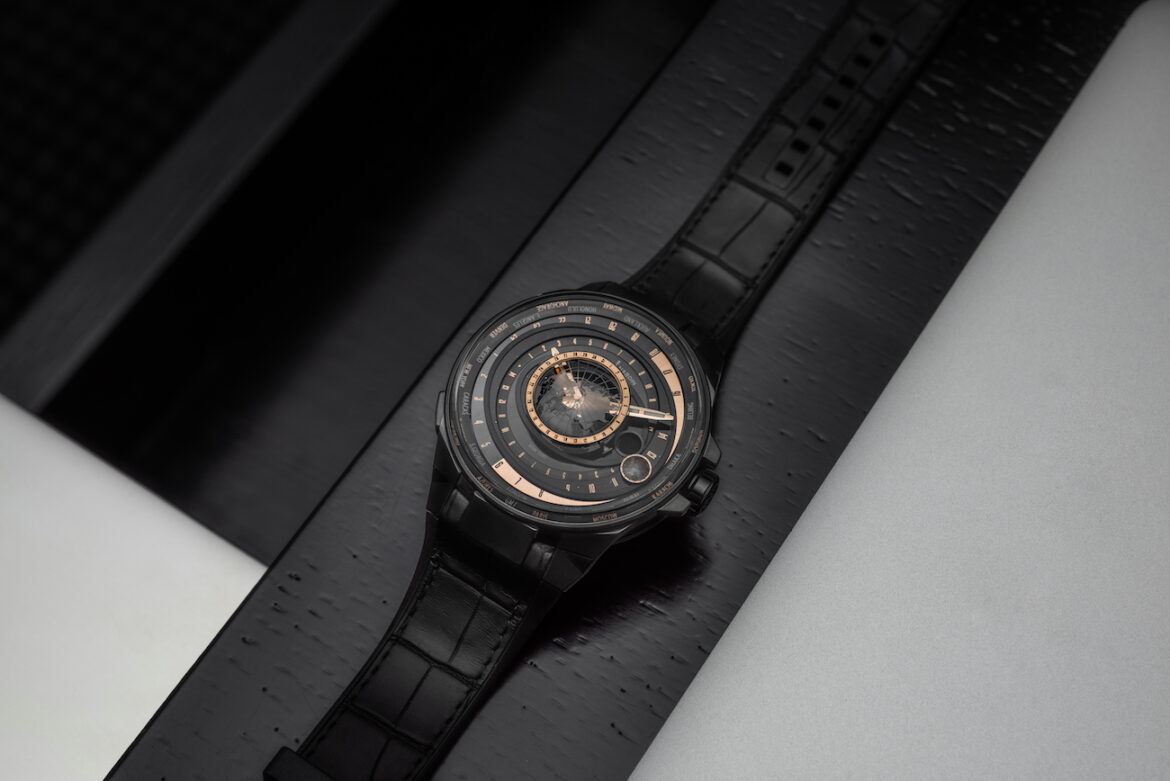 Timed to coincide with the start of the lunar New Year on February 1, Ulysse Nardin has launched a new black ceramic ‘Blast’ version of its Moonstruck astronomical complication.

This newest Moonstruck is a direct descendant of the Tellurium moonphase complication watchmaker and engineer Ludwig Oechslin created for Ulysse Nardin in 1992 as part of a trilogy of astronomical watches. And like that watch and subsequent Moonstruck models, the new, very contemporary Blast Moonstruck is meant to depict the rotation of the sun and moon as well as related astronomical events and measurements such tidal times, world time and of course local time and date. 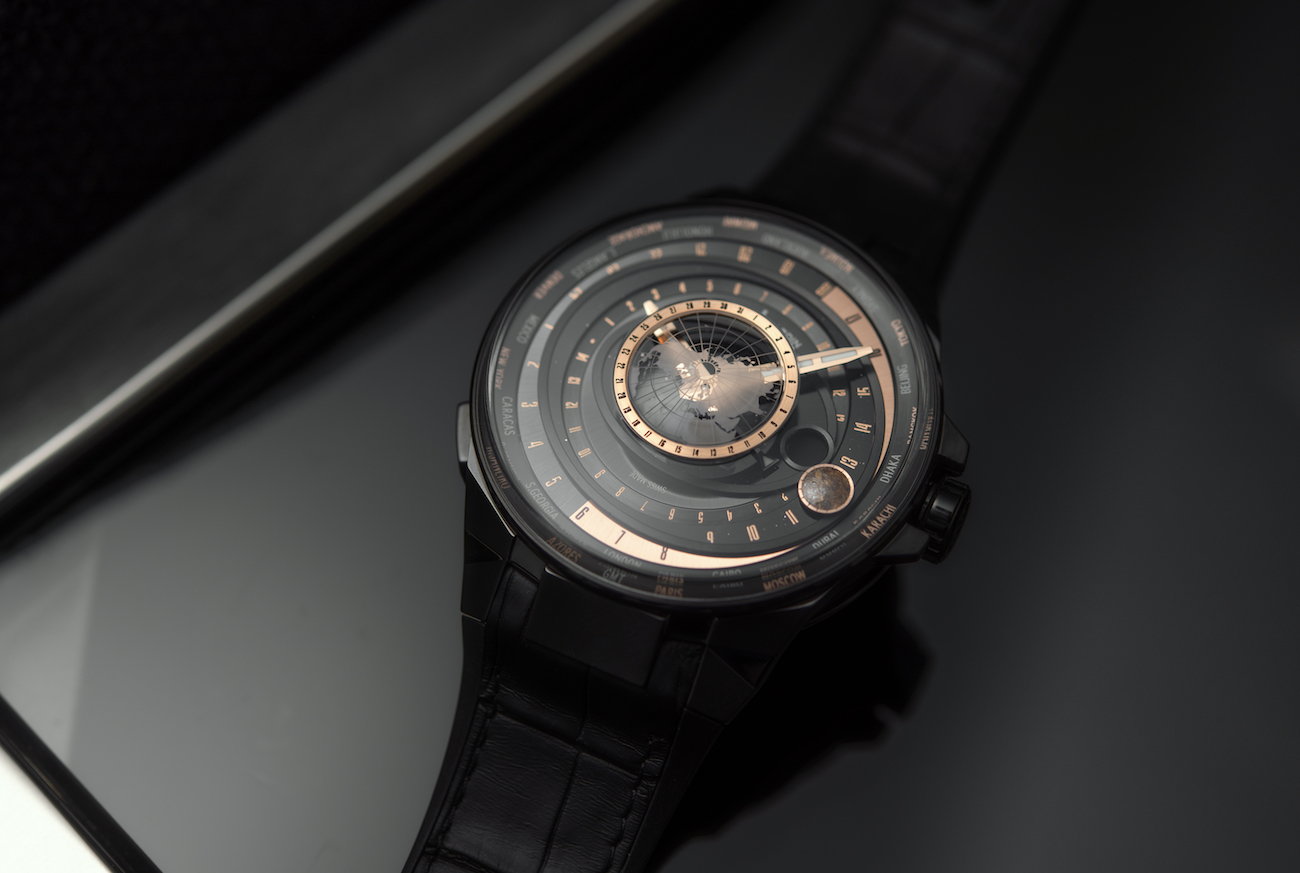 The new Moonstruck maintains the collection’s centrally located depiction of the Earth as seen from North Pole. But for this Blast version, Ulysse Nardin has micro-engraved the continents and set them inside a sapphire crystal box encircled by a rose gold ring. That ring is engraved with the thirty-one days of the month to indicate the days. A hyper-accurate moonphase indicator, using a realistic depiction of the Moon, shows the Moon’s position in relation to the sun, which Ulysse Nardin artisans have created from bronzite, a mineral rarely used in watchmaking. Even more impressive, the Moon display changes to appear a little brighter or dimmer in line with the lunar calendar.

Worldtime is indicated via city names placed around the dial, as is often seen in traditional world time watches. While the hands can indicate the local time, they can also be set to any other time zone or to any one of the twenty-four time zones that corresponding to the city noted on the fixed flange. 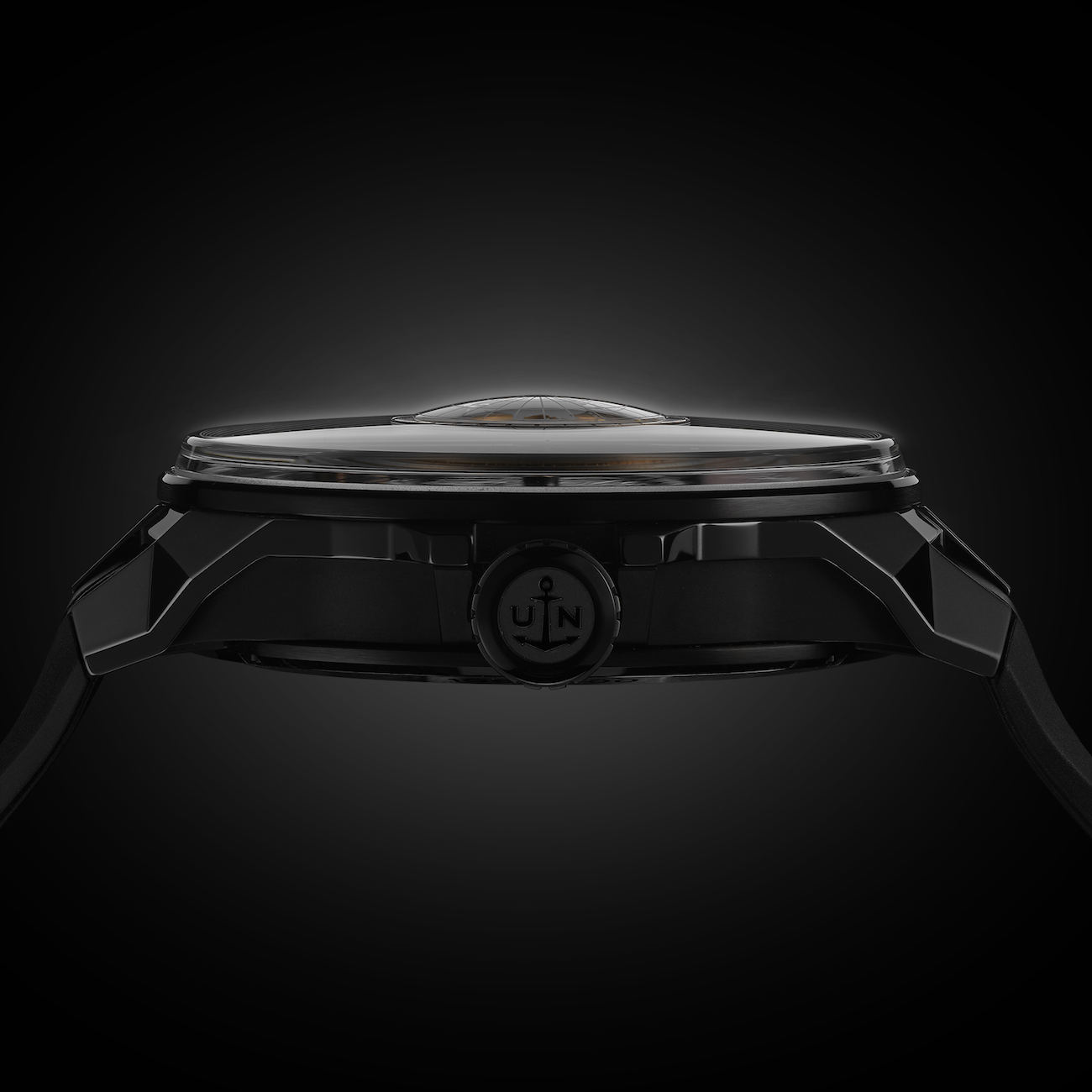 Not surprisingly, Ulysse Nardin allows the wearer a particular ease at changing time zones. For years, the watchmaker has utilized a mechanism for changing the hour hand on its dual-time watches via two-pushers, here located on the left side of the case.

Ulysse Nardin’s own dial-making division has created a night-sky for the Blast Moonstruck on a disk made of aventurine. 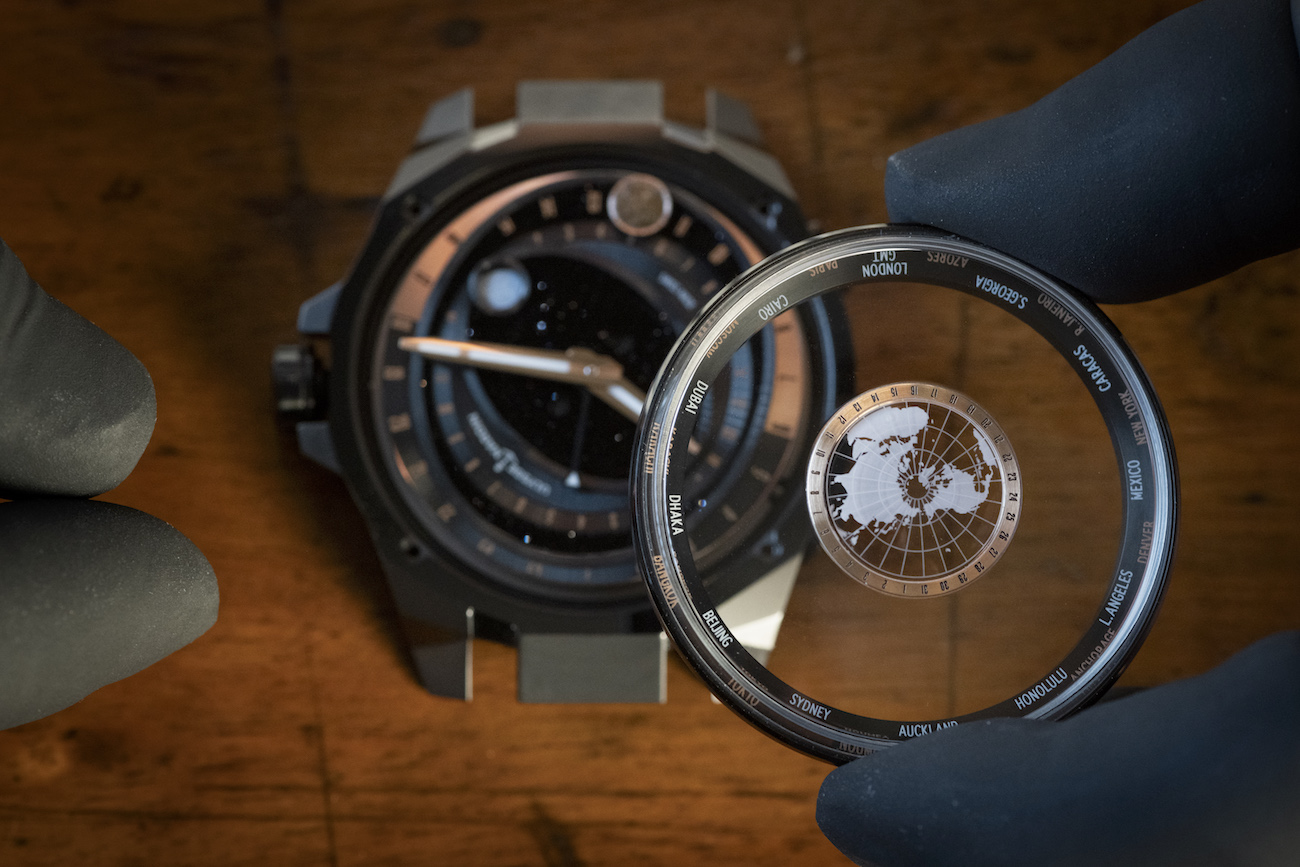 Ulysse Nardin explains that the watch’s myriad settings can be set and adjusted using the crown.

“Manufacture caliber UN-106 subsequently manages all the displays on its own as long as the watch is worn, “ according to the watchmaker. “And when it isn’t, it just needs to be put back in the box supplied, which contains an automatic winder designed to take care of the winding and keep its calendar information accurate.”

The Ulysse Nardin Blast Moonstruck is a multi-level 45mm watch in black ceramic and black DLC-treated titanium. It can be worn on a black alligator, black velvet or black rubber strap. Price: $73,900 (limited production). 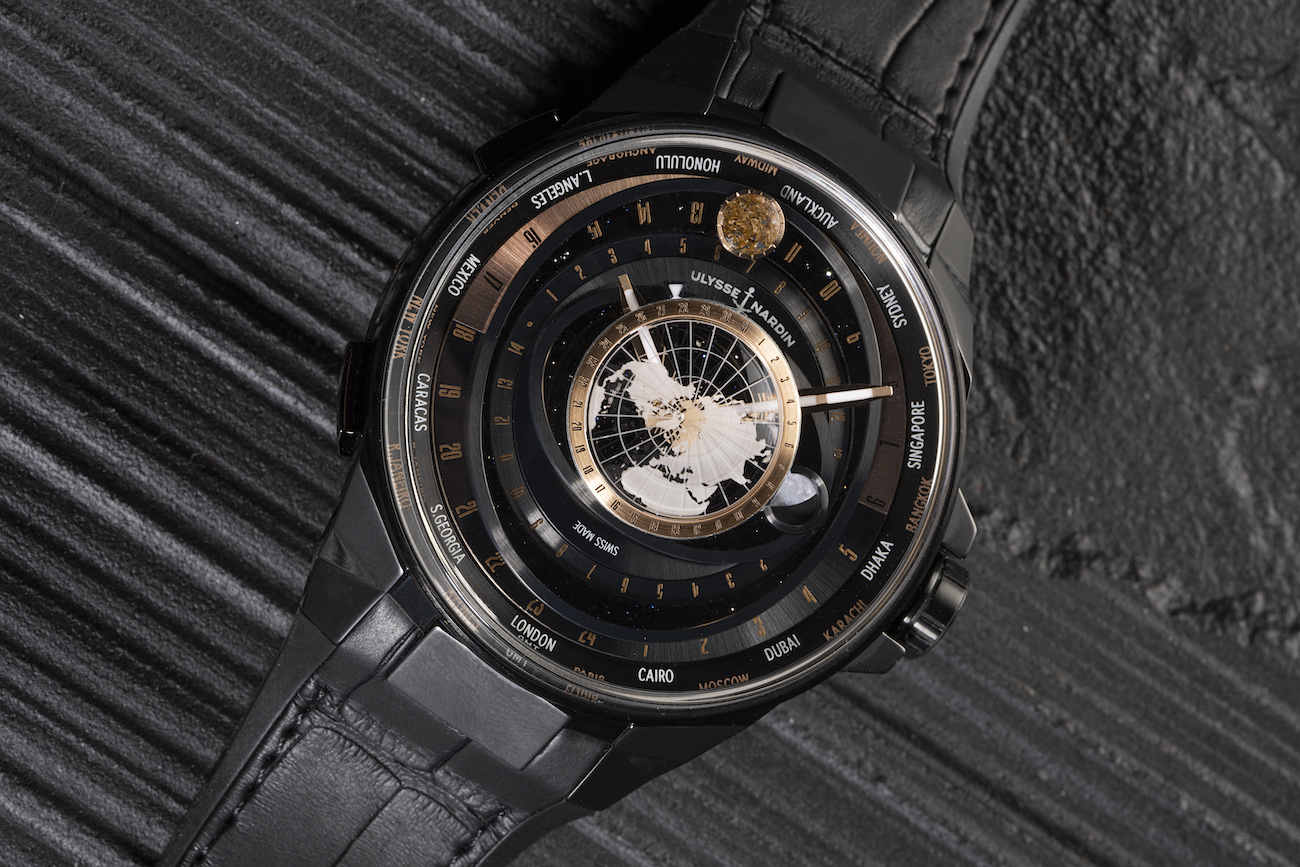