Omega kicks off the New Year with a gift to legions of Speedmaster fans. The watchmaker this week releases a Speedmaster Moonwatch with a new caliber, new bracelet and clasp, a newly detailed minute track and a choice of Hesalite glass or sapphire crystal material (for new steel-cased models).

Still very much the Speedmaster Moonwatch fans have come to revere since its qualification by NASA for manned space missions in 1965 and its trip to the moon in 1969, the new generation Omega Speedmaster Moonwatch is now equipped with co-axial, manual-wind caliber 3861. Omega has used the caliber previously only in a few limited edition Speedmasters. 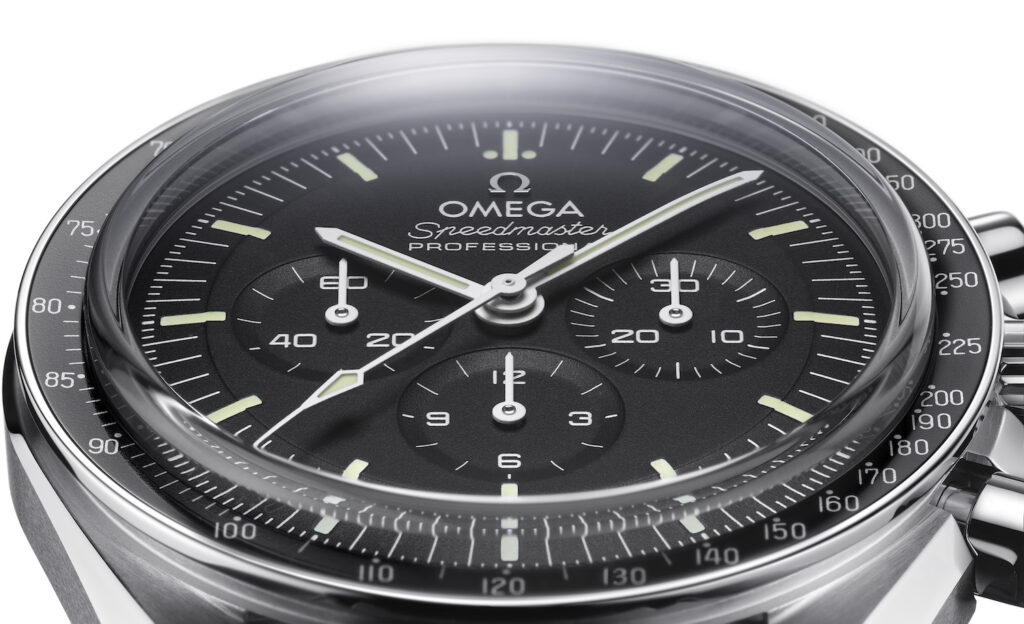 First seen in 2019, the co-axial caliber 3861, with its silicon balance spring, will now protect the Moonwatch from extreme magnetic fields reaching 15,000 gauss. This is a much higher level of protection than that offered by the caliber 1861 Omega utilized for decades to power its Speedmaster Moonwatches. 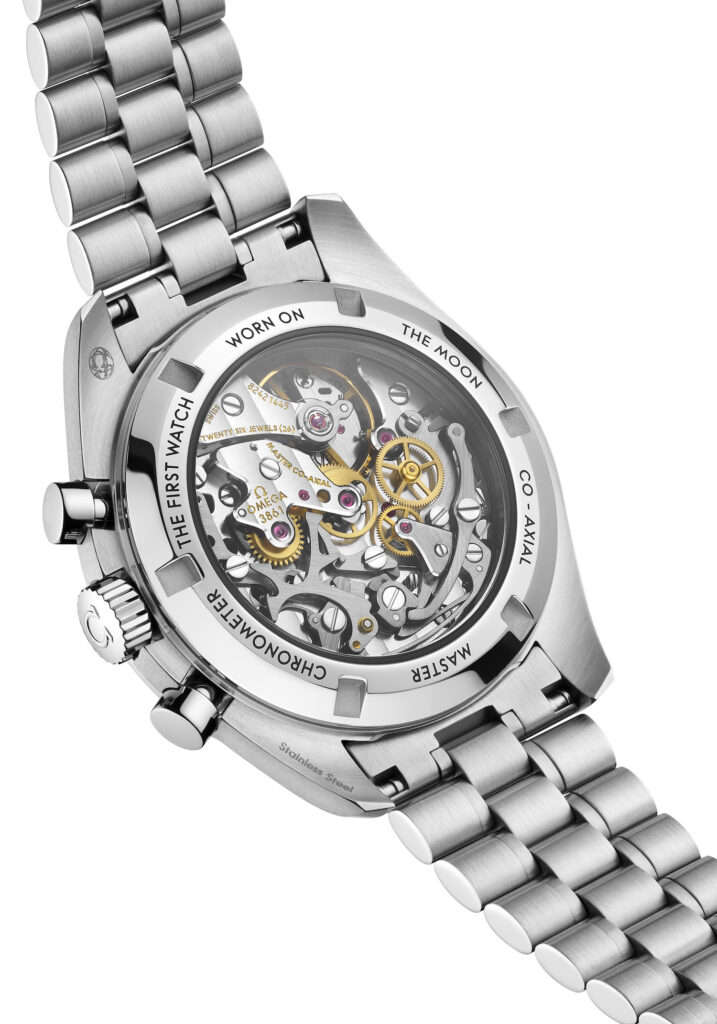 In addition, Omega now ensures that the entire watch is certified as a Master Chronometer, the brand’s own high-level specification that promises accuracy to five seconds per day. 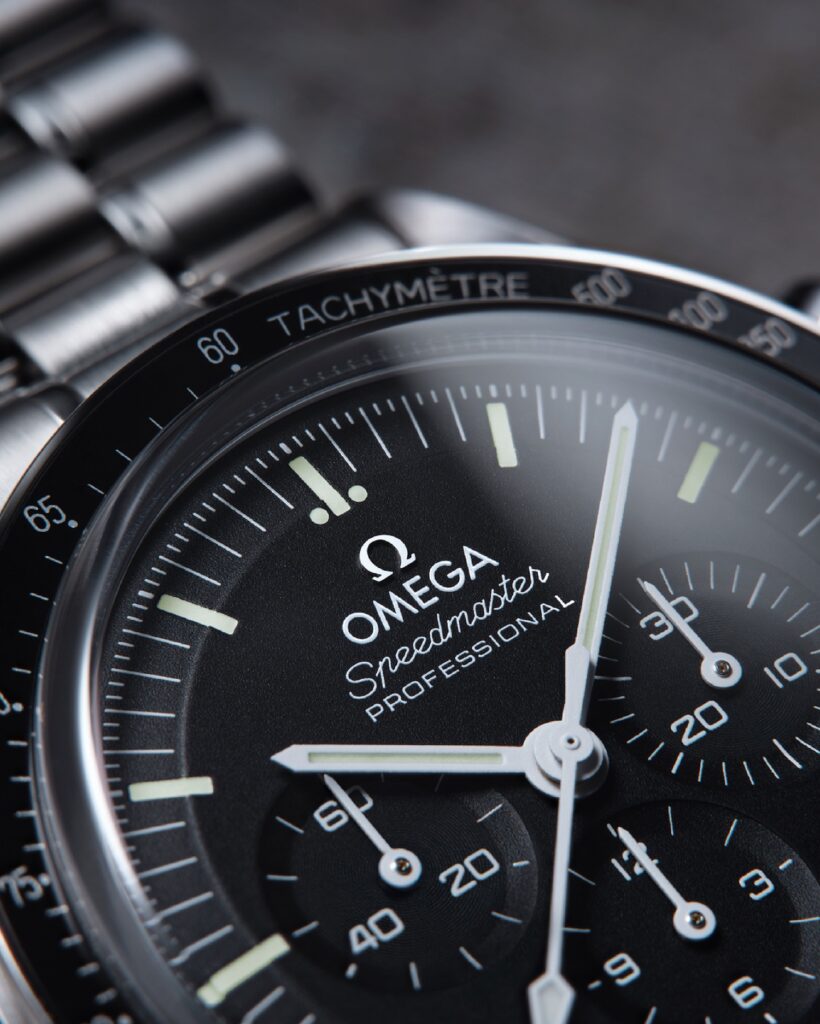 On this update, Speedmaster fans will recognize the historical Speedmaster’s asymmetrical case, stepped dial and double bevel caseback. Closer inspection reveals the dot over 90 and a dot diagonal to 70 on the anodized aluminum bezel ring, both details expected by Speedmaster purists. Fans will however note a difference within the minute track around the dial, which is now split by three divisions, as opposed to the five divisions used on previous models. 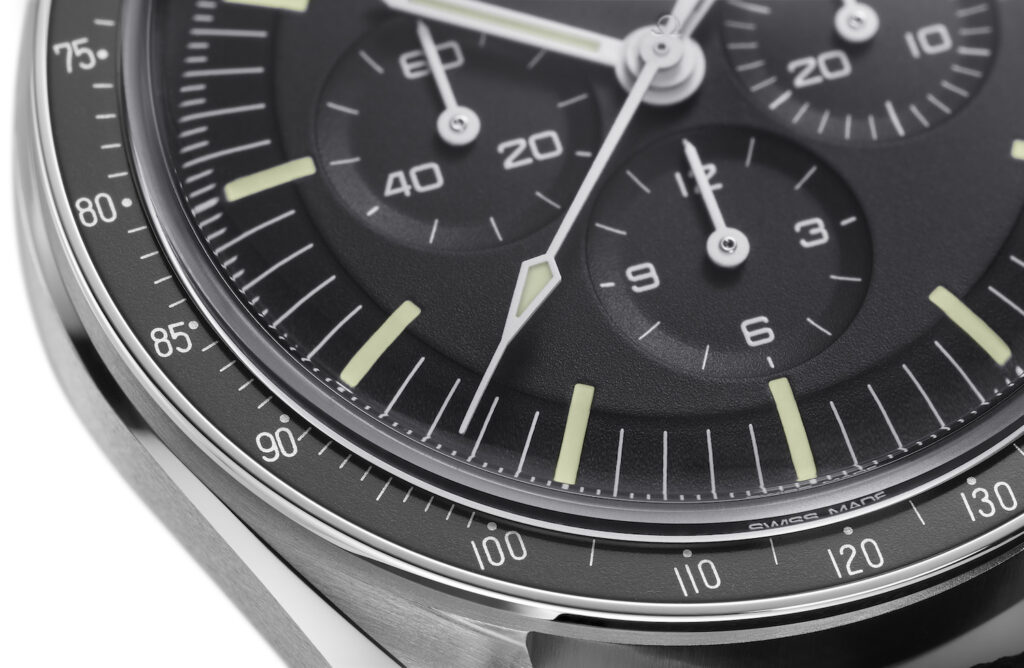 Around the wrist, Omega has added a new five-link brushed steel bracelet and a new Omega clasp (with new oval pusher) set with a polished brand logo on a satin-finished cover. You might have seen this bracelet previously on the recent Speedmaster Apollo 11 50th Anniversary Limited Edition watch. 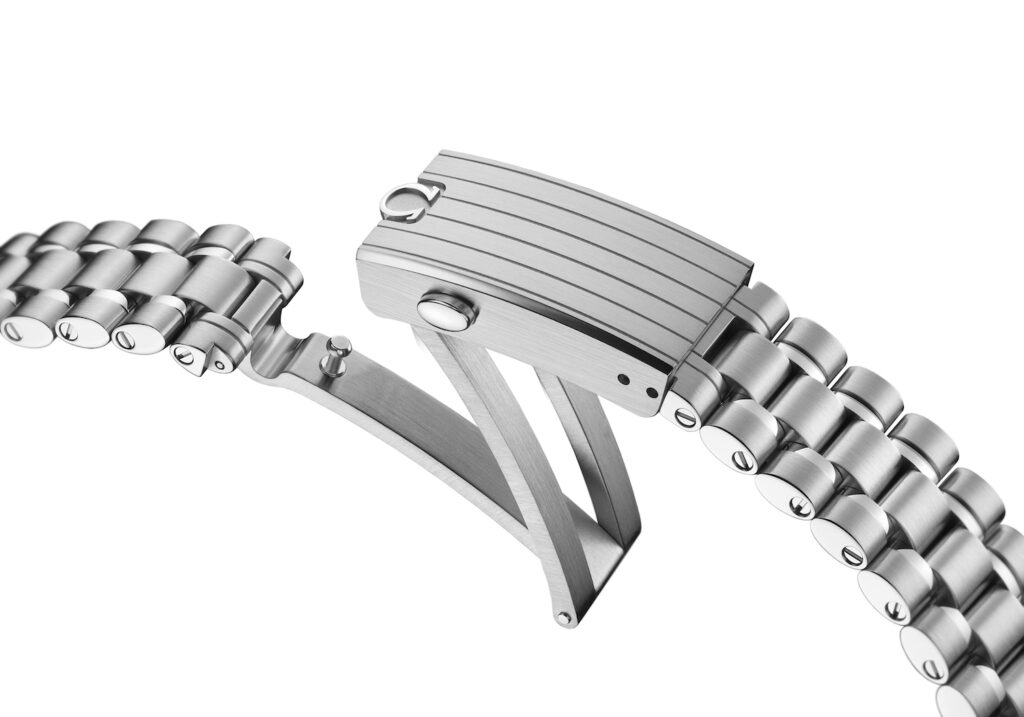 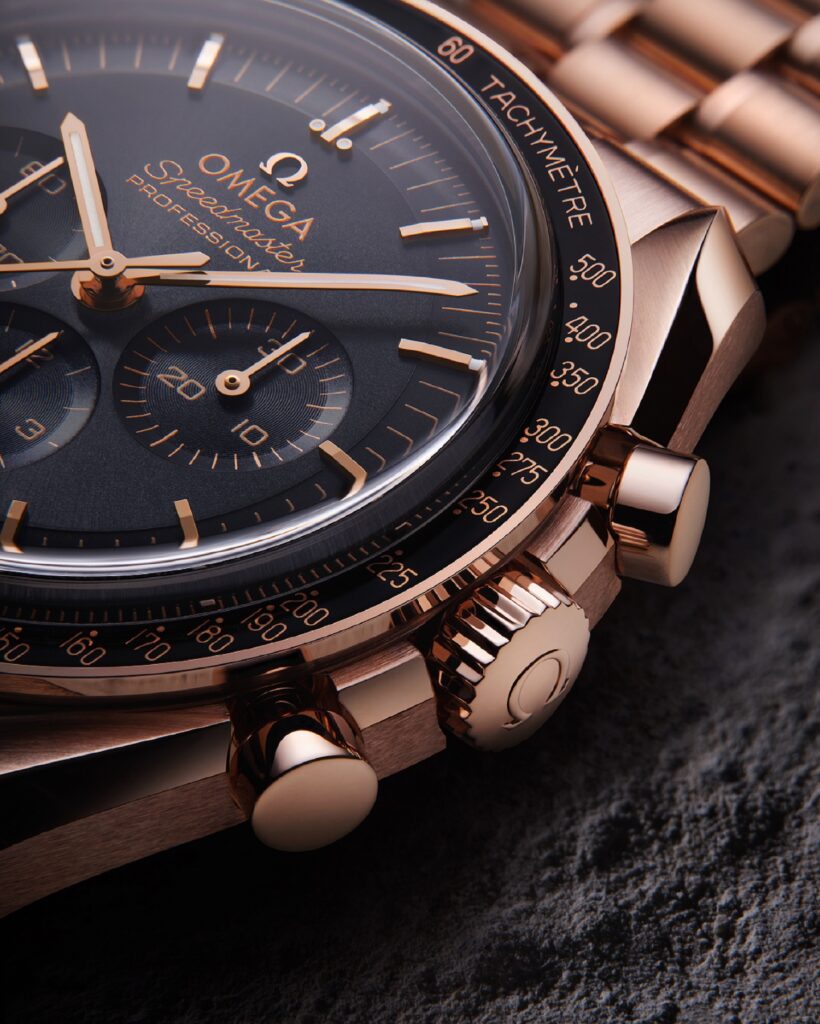