Arnold & Son offers a spectacular eight-piece limited edition of its Perpetual Moon watch in celebration of the traditional Chinese calendar New Year. As the Year of the Ox (or Buffalo) begins on February 12, the 42mm red gold Perpetual Moon Year of the Ox watch displays its extra-large mother-of-pearl moon at the top of its dial shining on an ox with large horns standing at 6 o’clock.

The ox appears as a miniature 18-karat gold sculpture placed in front of several multi-story pagodas, hand-painted with gold powder. Arnold & Son has generously painted the moon and the pagoda windows with SuperLuminova. Thus, in a dark setting the wearer views a pleasing, miniature evening scene. 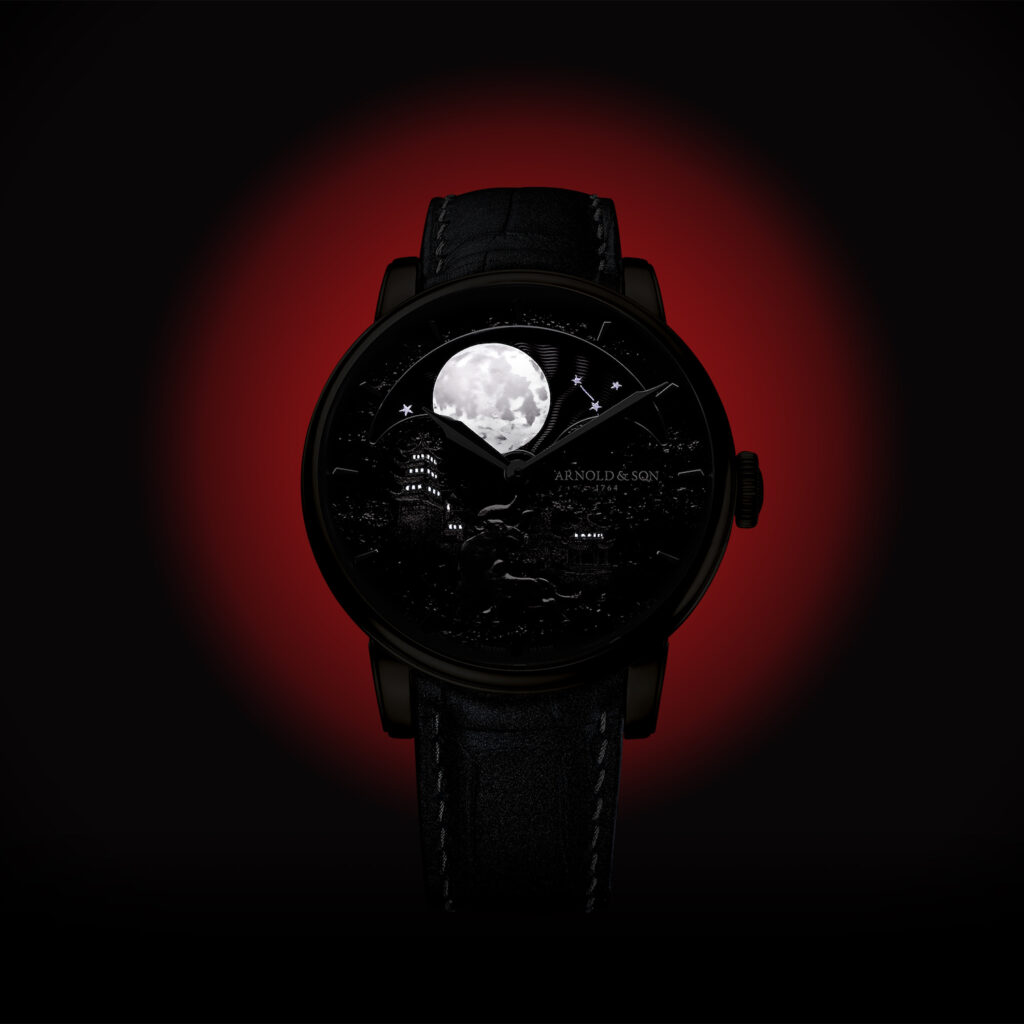 In its unusually large aperture, the watch’s moon disc turns as the moon progresses from new to full and back each month. During the day, the moon appears nearly white amid hand-painted constellations, nicely contrasting with the dial’s textured and speckled black background. 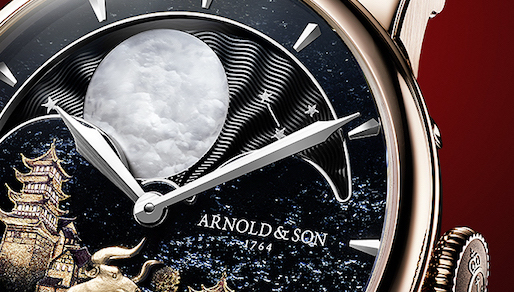 Arnold & Son creates that darkness with specular hematite, a mineral the company laminates and layers to heighten its natural glossy appearance. The hematite’s iron composition creates iron, which appear as silvery flakes in a black mass.

Arnold & Son has also incorporated those glittering specks into the double-sided alligator-skin strap. On the strap’s outer face you’ll see them sparkle, embellished with platinum-thread stitching. 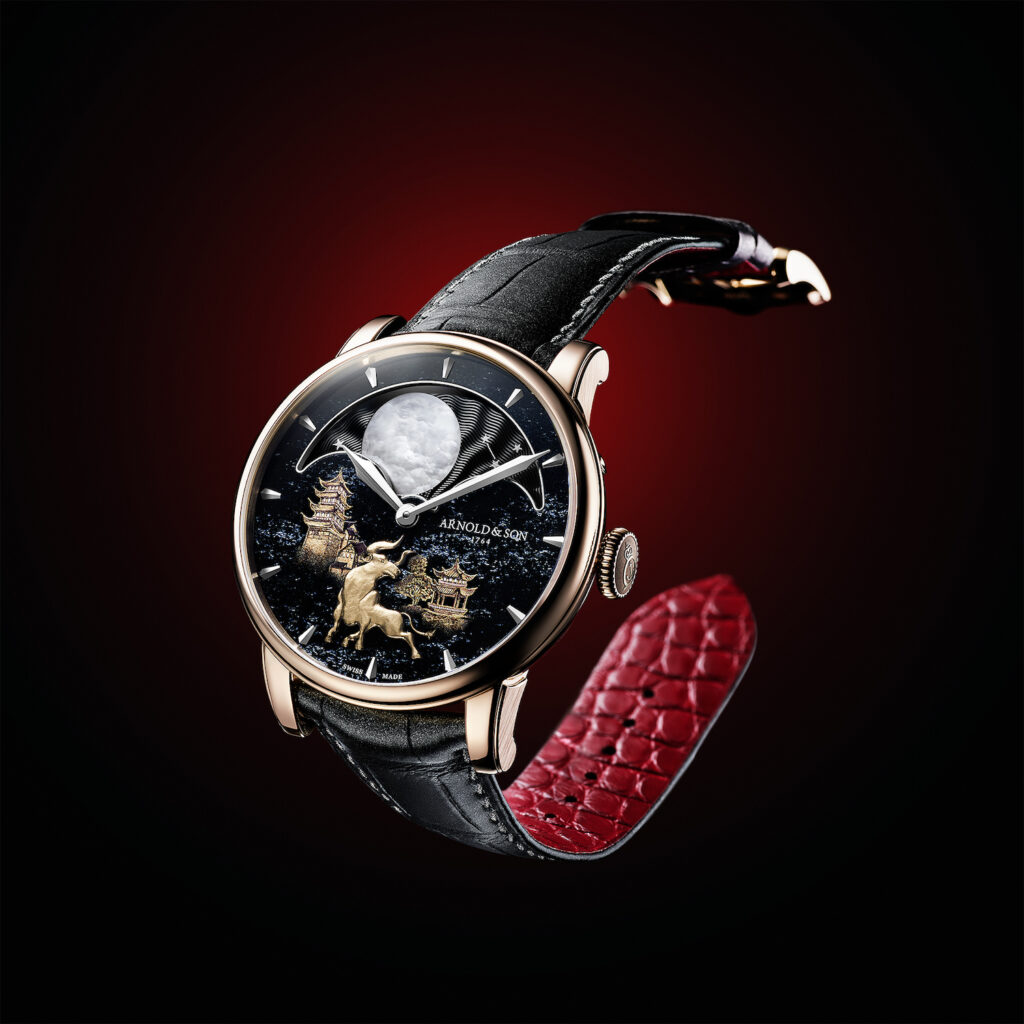 The La Chaux-de-Fonds-based manufacture fits the watch with its own Caliber A&S1512, a single-barrel manual-wind movement with an oscillation frequency of 3 Hz, offering an outstanding ninety-hour power reserve. Arnold & Son says that the caliber’s moon-phase display and rotation will remain accurate for 122 years before deviating by one day from the actual appearance of the moon in the night-sky.