German designer Maximilian Maertens updates the original, which was devised by Chinese designer Xin Wang. In addition to metallizing (in red, blue or black) the formerly lacquered wood body, Maertens also places the mechanical machinery within an open hull to expose more of the twin cylinders and places it all atop a new rounded tripod stand. 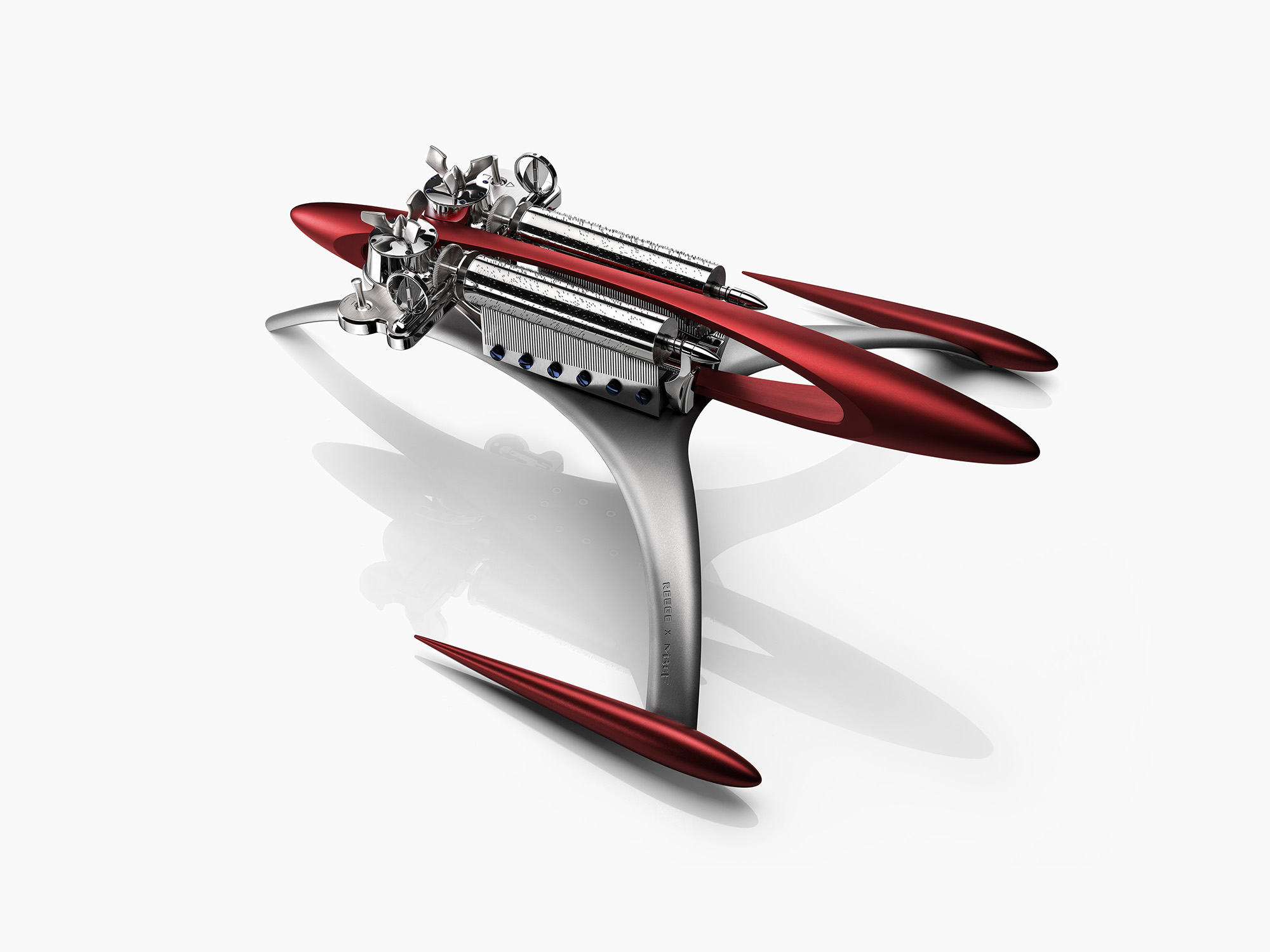 While it may appear as a hyper-speed version of the earlier three MusicMachines, the new edition still plays the same tunes at terrestrial tempos using the same 1,400-pin revolving cylinders. 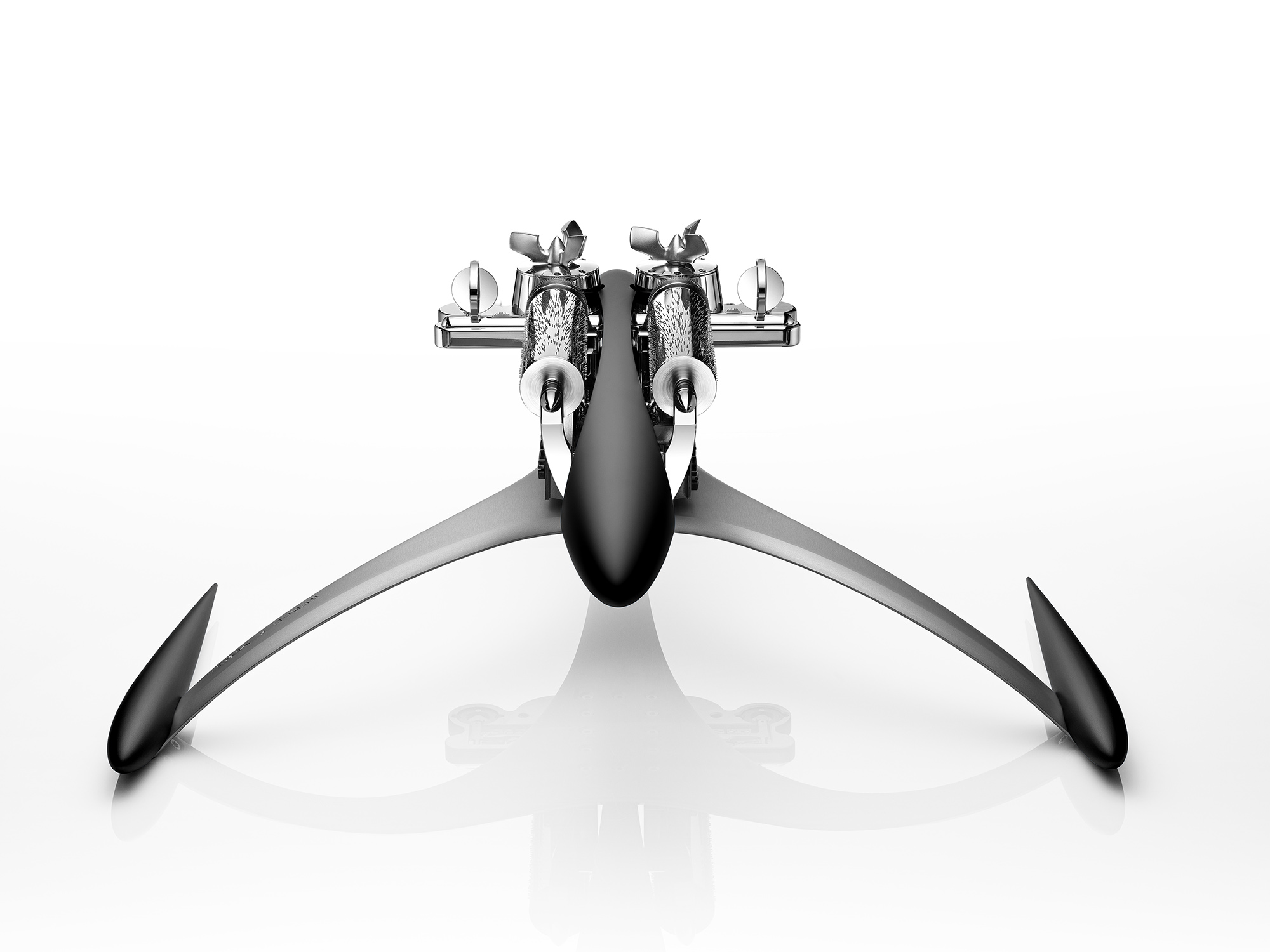 The left cylinder plays the Star Wars theme, “Imperial March” from The Empire Strikes Back, and the theme from Star Trek. Back on earth, the right cylinder plays Pink Floyd’s “Another Brick in the Wall,” Deep Purple’s “Smoke on the Water,” and John Lennon’s “Imagine.”

Echoing their time-telling counterparts, all music boxes require energy derived from coiled springs that is then transferred by gear trains. The owner winds the MusicMachine 1 Reloaded using two propeller-like winding levers. This puts the cylinders into motion.

As they revolve (in opposite directions) the pins pluck the teeth of steel combs, each containing a selection of seventy-two hand-tuned notes. Each comb forms a unique pair with its corresponding cylinder; neither can play properly without the other.

When in operation, the observer will notice two rings spinning alongside the winding levers. These are the device’s cylinder fan air regulators that regulate the speed of the cylinders. 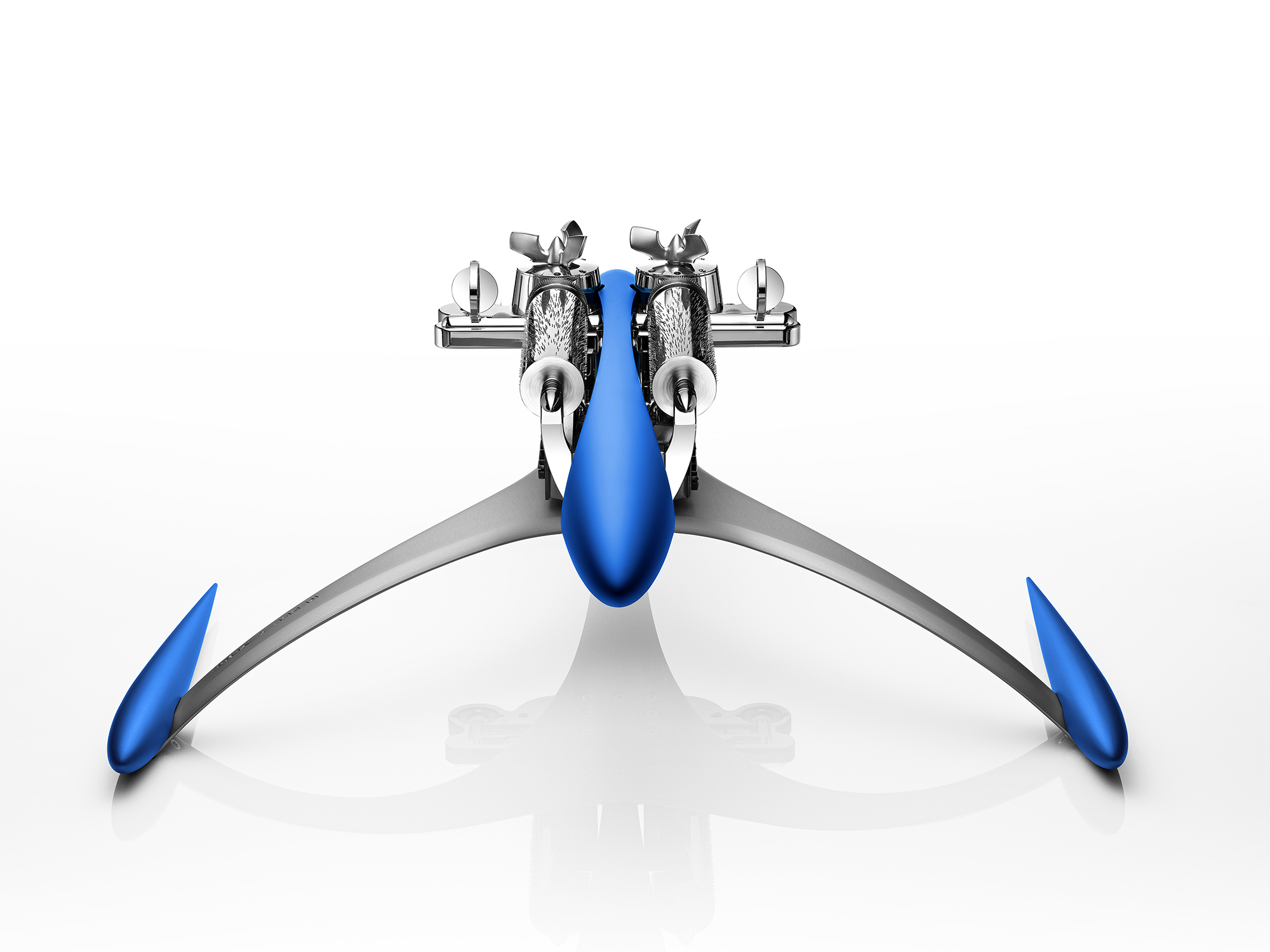 Again echoing certain timekeepers (notably chiming watches), the main springs here tend to turn the cylinders faster when fully wound than when they are nearly unwound. The circular fan air regulators compensate for that difference, providing more resistance when rotating faster than slower. This means the tunes will maintain their required tempos. 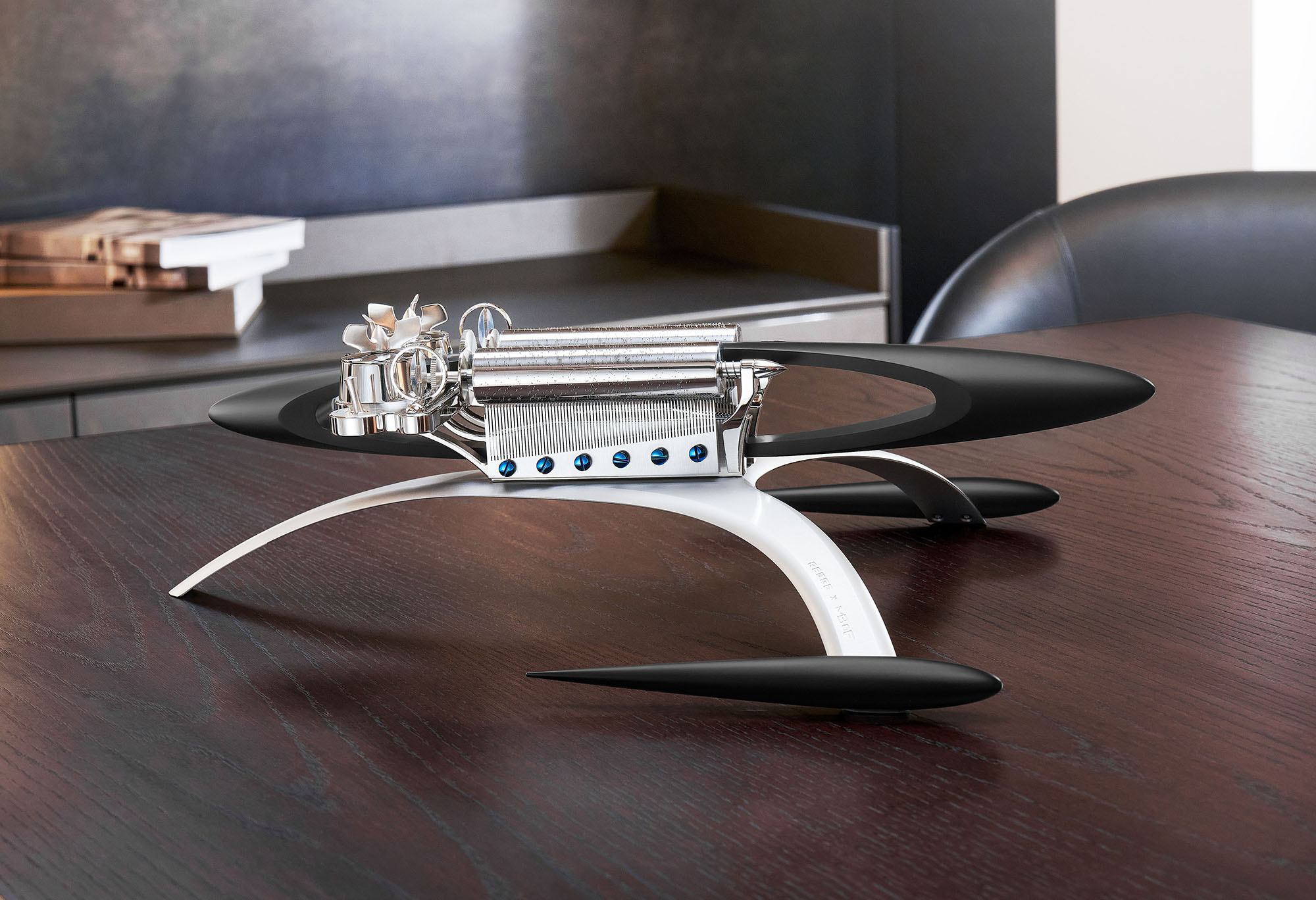 Available in red, blue or black, each MB&F MusicMachine 1 Reloaded is limited to 33 pieces, each priced at CHF 18,500.