I would like to share a hopeful story with you about an American Master Watchmaker working to achieve his lifelong dream.

For the past forty-five years, Don Loke has enjoyed a long and successful career as a professional master watchmaker and most recently has launched D Loke, his eponymous bespoke watch collection.

Loke’s deep watchmaking training and industry history has prepared him well for this most recent venture.

Don Loke graduated in 1978 from the Bowman Technical School in Lancaster, Pennsylvania, and then worked with a master watchmaker in Meriden, Connecticut.

After this experience, he went back to Bowman and took clock making courses to finally finish in 1984. After Lancaster, Loke attended WOSTEP, the Watchmakers of Switzerland Training and Educational Program, in Neuchâtel, Switzerland, where he graduated first in his class.

While he was at school he met Michel Parmigiani and Philippe Dufour—two master watchmakers and renowned personalities in the Swiss luxury watch industry.

This was just the beginning. Post-graduation, he was invited by Breguet and Jaeger-LeCoultre for training in Switzerland and became the official after-sale person for Breguet in the U.S. when it was still owned by Chaumet. He also worked for two years with Master Watchmaker Dennis Harmon, in Waterbury, Connecticut, after which he became Technical Director of movement maker ETA for the American market. Loke soon joined UTAC Americas (which distributed Audemars Piguet, Breguet, Bertolucci, and Girard-Perregaux) as its technical director.

During this time, Loke also learned from Master Watchmaker Daniel Roth in Switzerland, who taught him the ins-and-outs of the highly complex tourbillon mechanism. By the mid-1990s, Loke worked with prominent companies such as Sotheby’s, Christie’s, Gerald Genta, and Daniel Roth.

When Loke found out that Michel Parmigiani was striking out on his own, Loke reached out to his old friend and eventually became the U.S. representative for Parmigiani Fleurier for more than six years. Don even interacted with legendary horologist George Daniels, discussing his new escapement and the double-wheel escapement Loke eventually developed. After seven years, he turned the escapement into a Solidworks program.

When Don Loke is not working on his own bespoke projects, he services incredible watches, ranging from minute repeaters to chronographs. He also restores intricate timepieces that require special attention, recreating parts from scratch to make identical versions of the original components. At the same time, he currently is in charge of the North American Service Center for Louis Moinet—a brand that makes exceptional watches that range between $80,000 and $350,000.

As you can see, Loke’s specialty is working on high-complication timepieces and his passion for watches and watchmaking has only augmented over the decades.

After all these years of dedicating his time to other brands and watches, Don Loke recently began to make eponymous bespoke watches. He established two shops. One is the “clean room” to house machinery for fine turnings, cuttings, wheel making, and pinion producing. He has a microscope for measuring, a guilloché machine with forty-two discs for dial decorating, and an oven for enameling.

This room is also where Don Loke stores his sketches, drawing, layouts, and 3D modeling. The other is the “dirty room” for more heavy type work. Prototyping takes place at his shops and production models are executed with CNC technology. 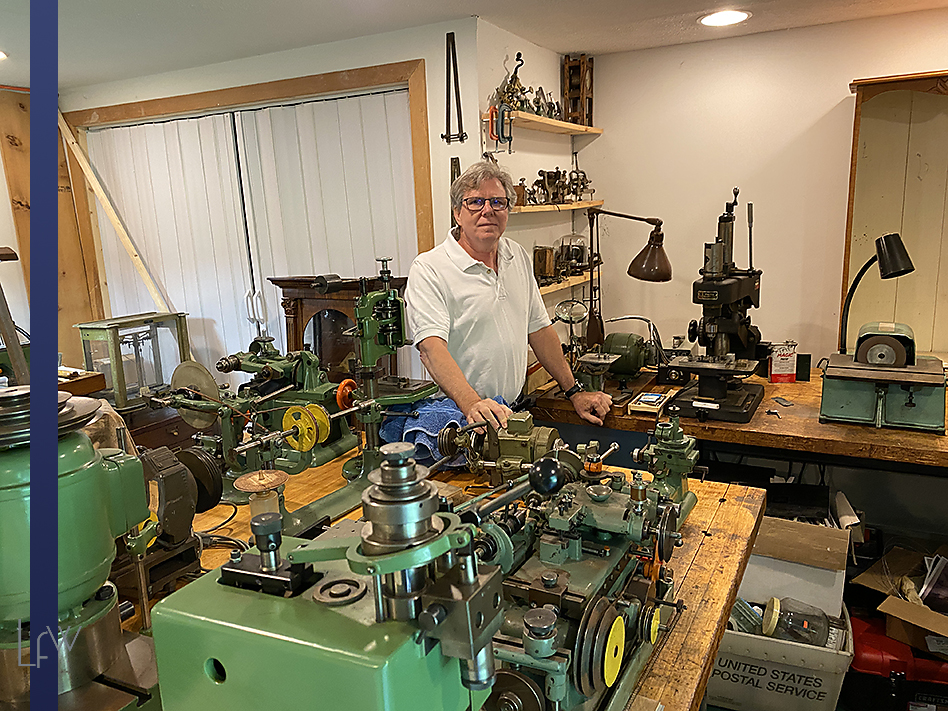 The first D Loke watch model is a chronograph dress watch—an idea Don Loke stored in the back of his mind for decades—where the chronograph pushers are hidden from sight.

Inside the 5 ATM water-resistant titanium case is a dial with asymmetric sub-dials and ornately cut center hands resembling blades. The rich blue details on the dial change color depending on the light, and there’s a crown at 9 o’clock to rotate the inner timing bezel. 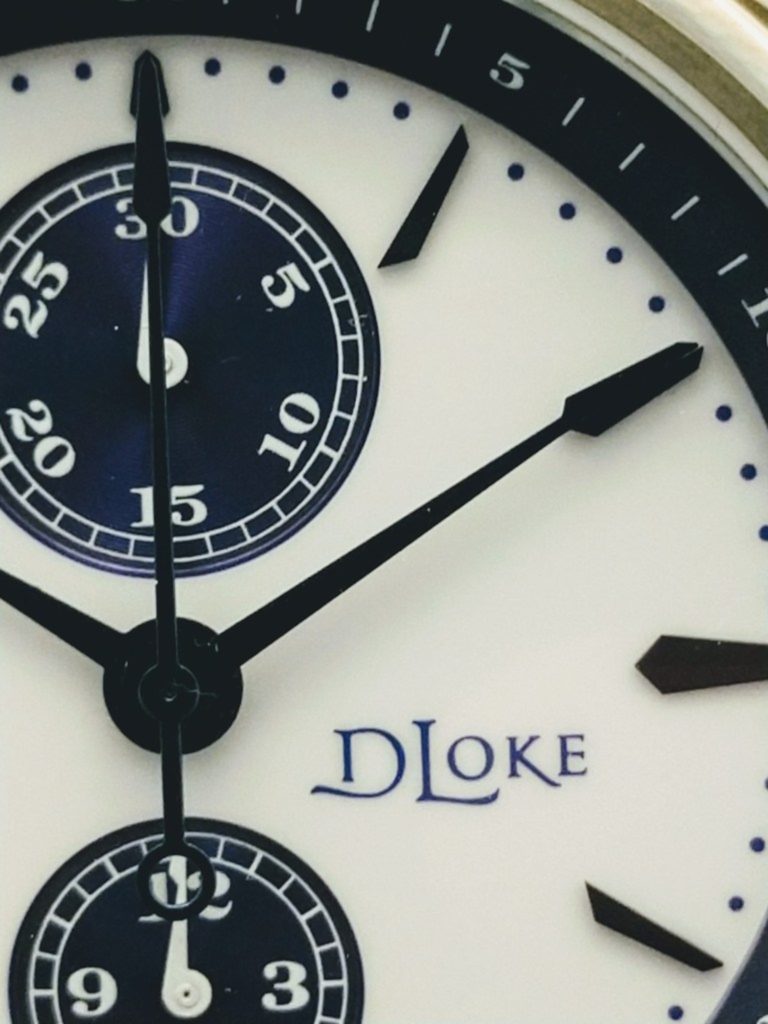 Although the watches are currently only available for purchase directly from Don Loke, his goal is to be in stores like Manfredi Jewels or Betteridge.

Loke is already working on his second watch model and is currently completing the prototype of a new lever escapement. At the heart of the watch will be a 100% proprietary movement, based on Don Loke’s design and technical drawings – his very own invention.

Loke says he will source handmade gold dials from J.N. Shapiro in California. As a result, this will be a handmade watch made entirely in the United States. Don expects to manufacture five prototypes in the first year and he will become the first American watchmaker to make his own high-end watch powered by his own movement. The aim is to present this timepiece to the U.S. market by the end of 2020 with a price tag of $65,000 to $75,000.

The third D Loke watch model will be a model with a double pivoted and spring detente escapement—invented by Don Loke based on conversations he had with George Daniels.

Yet again, this is his invention, with designs and technical drawings built from scratch. With already twenty-five orders in the books for this upcoming watch model, the American market should see it by the second quarter of 2021 with a price tag of $175,000.

Ultimately, it is Don’s dream to have his own watch on his wrist. Another goal of his is to bring his three children into the business. All are highly skilled engineers.

With all of these ideas and designs, including a future tourbillon piece, Loke is going to need plenty of talent and skill.

I love this spirit of entrepreneurship, and I wish Don Loke the very best and abundant success with his new company. Stay tuned for the end of the year when he unveils his new watches.