Those with wartime nautical knowledge might recognize the pattern from a painting technique employed to camouflage British ships in World War I, and to a lesser extent in World War II.  Called ‘dazzle camouflage,’ or  ‘razzle dazzle’ or ‘dazzle painting,’ the pattern was one of many unusual warship patterns created to attract attention. 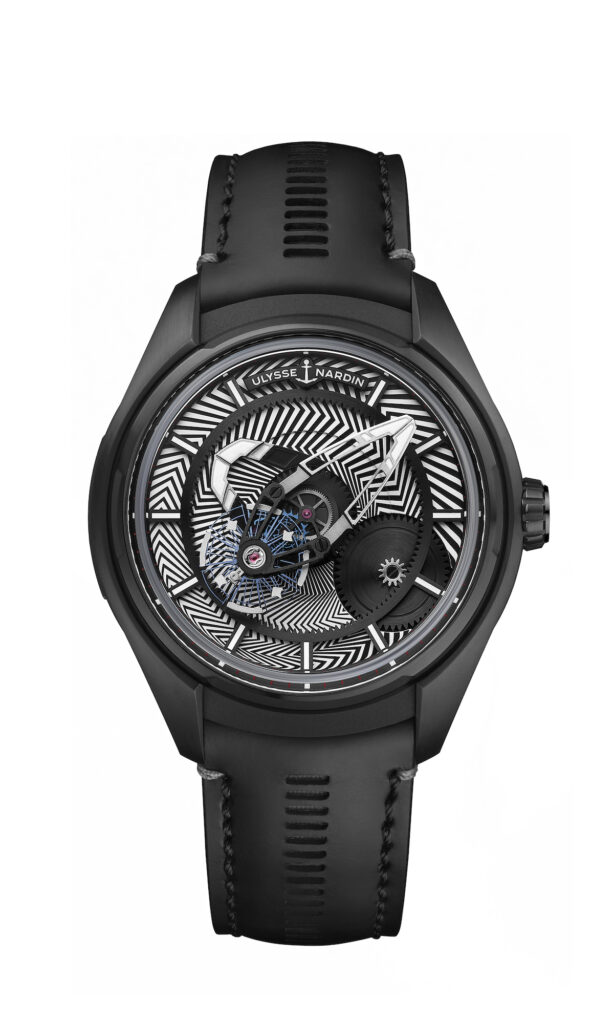 Drawing from its long history as a manufacturer of nautical timekeepers, Ulysse Nardin explains that the crossing lines are “meant to confuse the viewer and make it difficult to estimate the range, speed and direction of the ship, therefore misleading the enemy in regard to the ship’s course and resulting in the adversary making poor target firing decisions.” 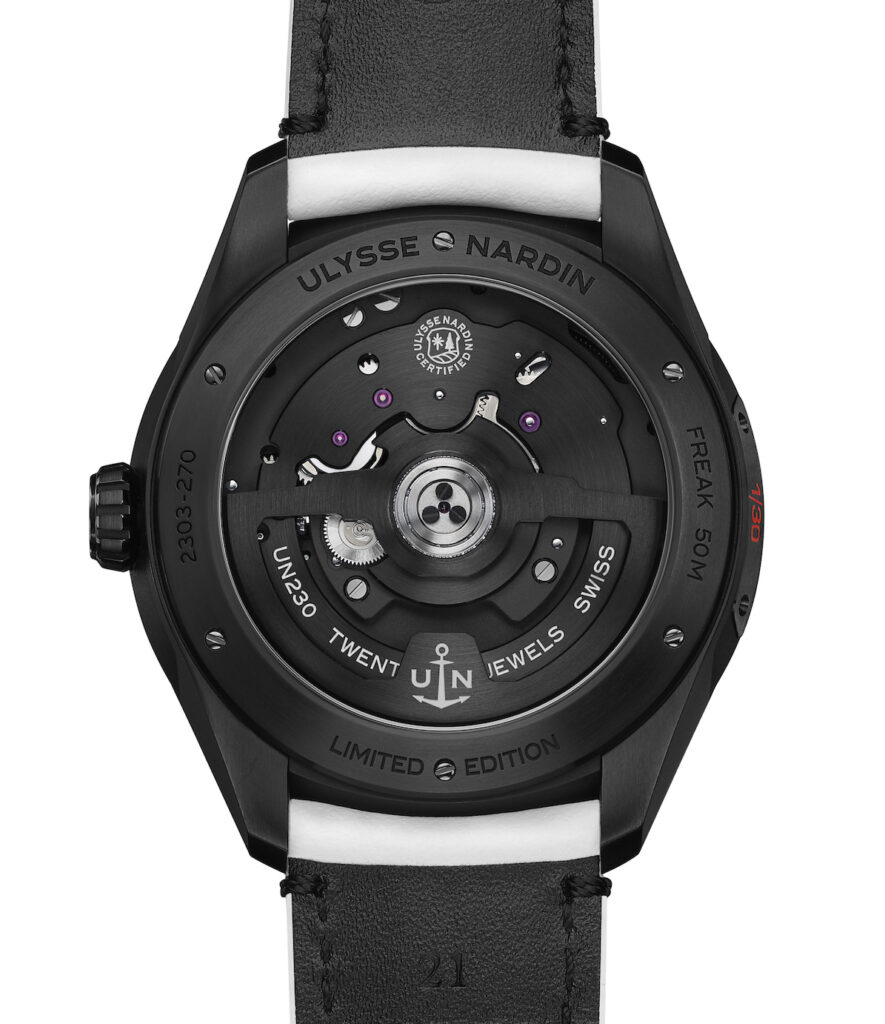 Remember that since the Freak X has no traditional dial and no standard hands, its central bridge acts as a minute hand with one of the wheels indicating the hours. Thus, the entire movement plate turns once an hour to indicate the time. As it slowly rotates, the black and white lines create eye-catching patterns, ostensibly to dazzle the viewer. 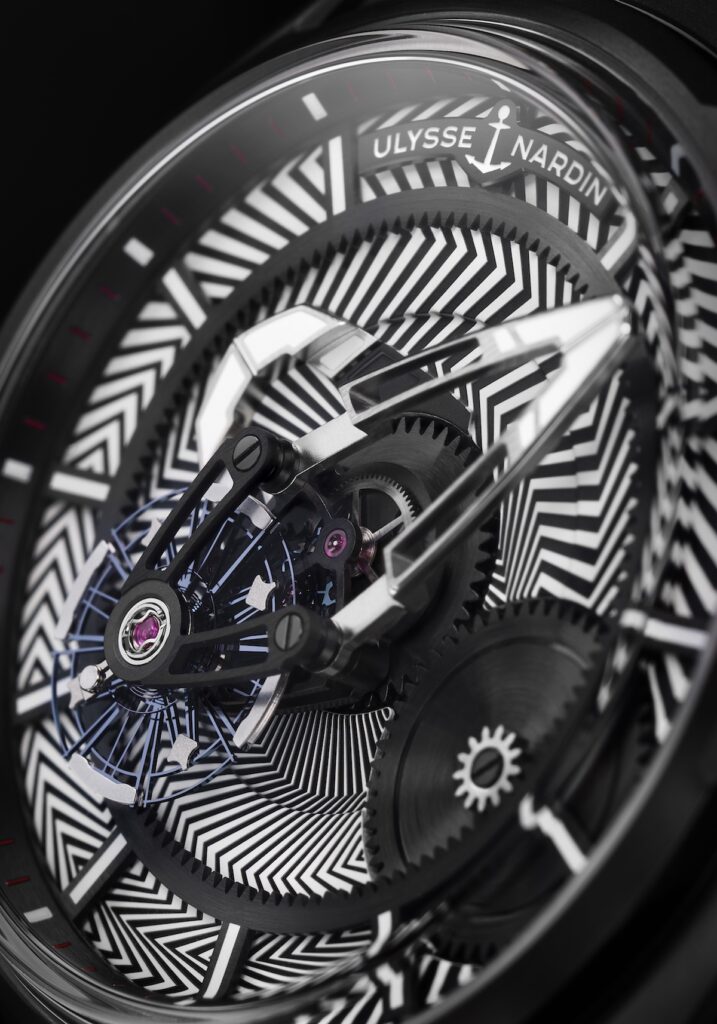