The District Time Watch Show returns to Washington, D.C., in early March after a two-year hiatus.

Slated for Saturday, March 5, and Sunday, March 6, at the District Architecture Center, 421 7th Street NW, the watch show is free and open to the public and will feature displays of a wide variety of watches, the majority of which are only available online or in a handful of boutiques.

“The show provides a rare opportunity for buyers to try these unique pieces, chat with brand owners and designers, and be among the first to see their latest releases” according to event organizers Loren Sciurba of The Time Bum watch review site and Bill McDowell of McDowell Time watches.

Not only can fans see and touch new watches from more than thirty watch companies, many visitors will also likely purchase new watches during the two-day District Time show. In addition, visitors can vie for one of several prize watches and accessories, including a unique piece created just for the show by Bespoke Watch Projects.

A broad selection of primarily U.S.-based independent watchmakers will show their wares during the show, including Hager, Ocean Crawler, Towson Watch Co., and many others. Several international makers, including U-Boat, Vulcain, ArtyA and Ollech & Wajs among others, will also exhibit.

As in previous years, the show will be held at the District Architecture Center in D.C.’s bustling Penn Quarter neighborhood, less than a block from the Gallery Place/Chinatown Metro station.

The District time show will start at 11 am each morning and run until 4 pm each day. For more details and to see a full list of exhibitors, see the District Time website (and see graphic below). 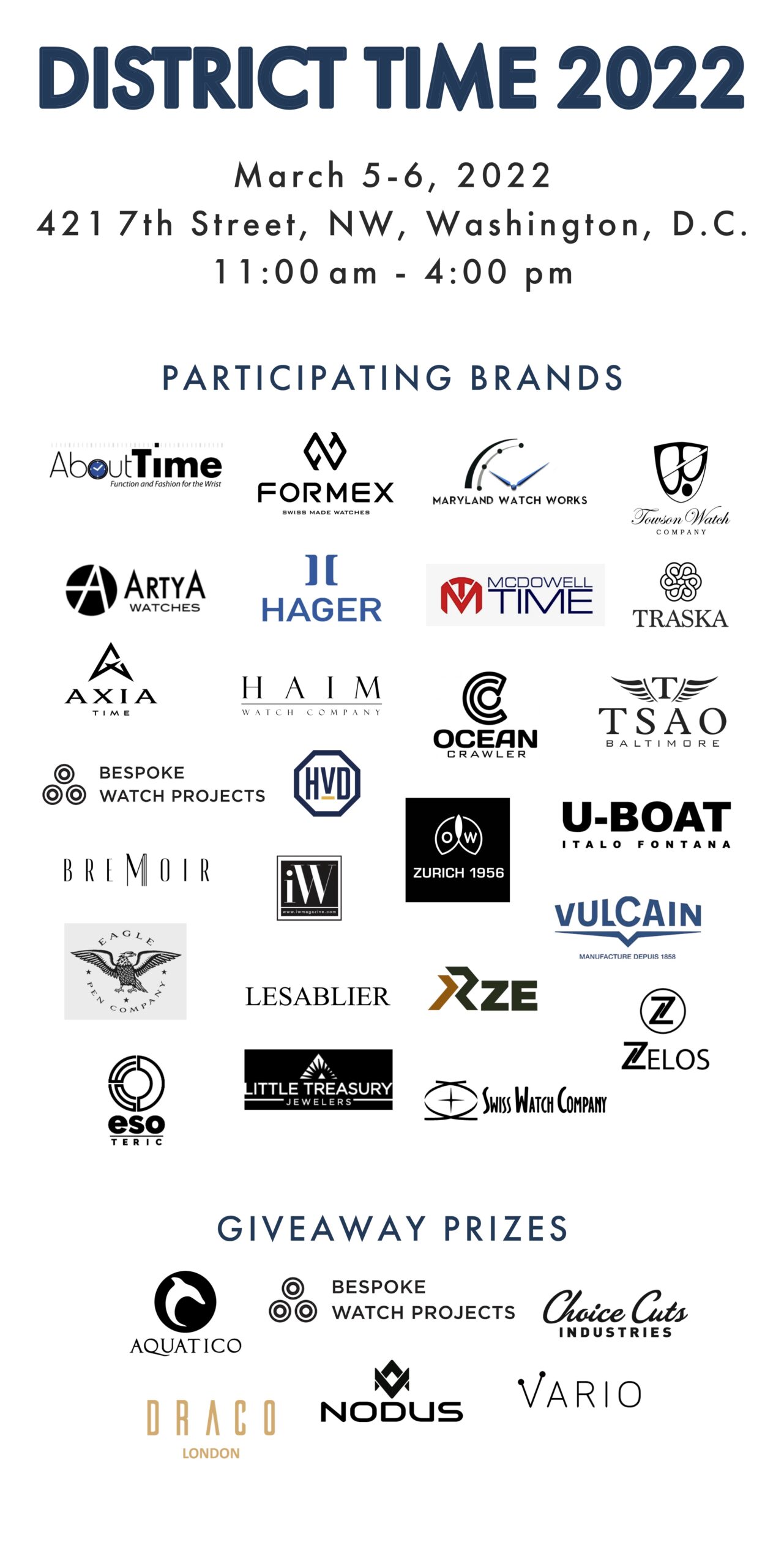