Alexander Shorokhoff honors Austrian artist Gustav Klimt with Crazy Eyes, a chronograph dominated by a colorful dial and its two eye-like orbs. While these orbs replace the running seconds and chronograph minute subdials, additional ‘eyes’ seem to bounce around a dial further animated with colorful shapes and colors.

The German-based Alexander Shorokhoff is also celebrating its 30th anniversary with Crazy Eyes, which could also describe how the Russian-born independent watchmaker often approaches creating his company’s watch dials. You might recall his Kandy and Levels models, just two of the colorful and Pop Art influenced watches included within the brand’s Avant-Garde collection. 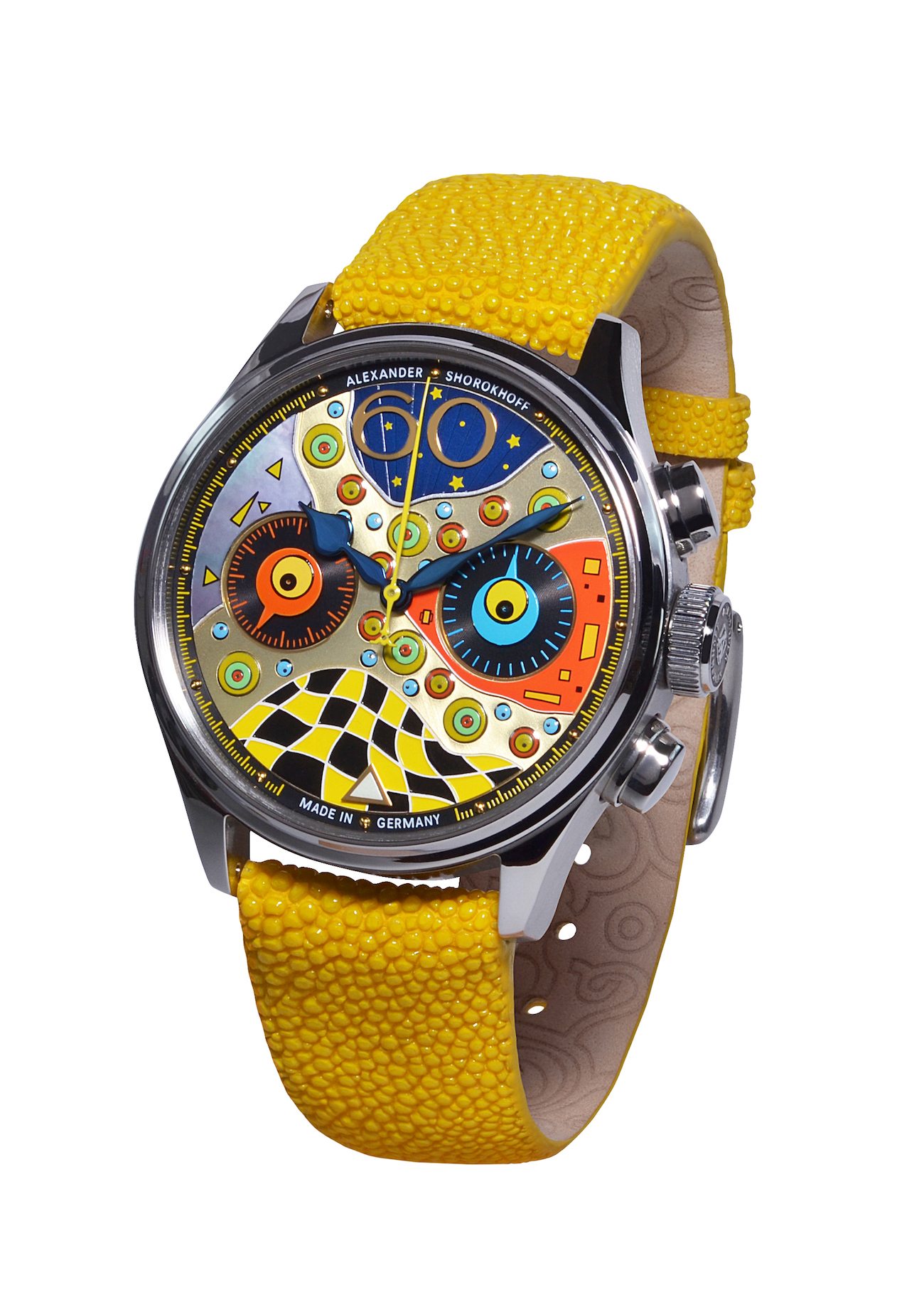 Shorokhoff says that the “eyes” on this new watch’s dial are meant to “transmit a sense of joy, enthusiasm and mobility, literally dancing on the scene of the shiny dial.” He combines multiple layers on the dial using different materials, including mother-of-pearl, brass and luminescence.

At the top of the dial, however, Shorokhoff retains a prominent 60, which appears on all his designs to symbolize both the 60-second/minute position as well as the arts movements of the 1960s, where the watchmaker draws much of his inspiration. 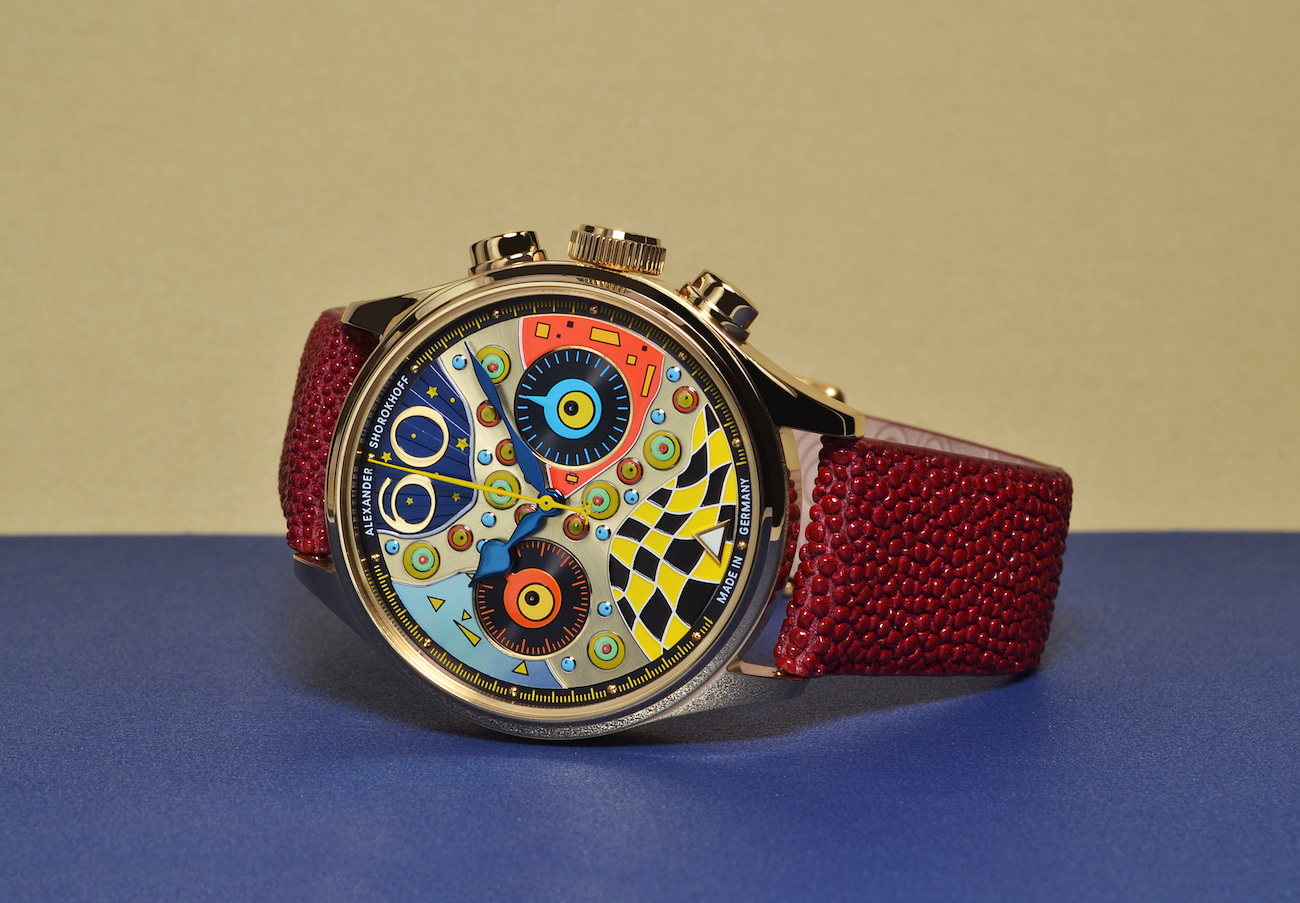 Inside Shorokhoff fits a Russian-made Poljot caliber 3133, which his company has partially skeletonized, hand-engraved and refined. He explains that the caliber, now discontinued, is based on the Valjoux 7734 movement and was produced at the First Moscow Watch Factory from 1976 to 2004. 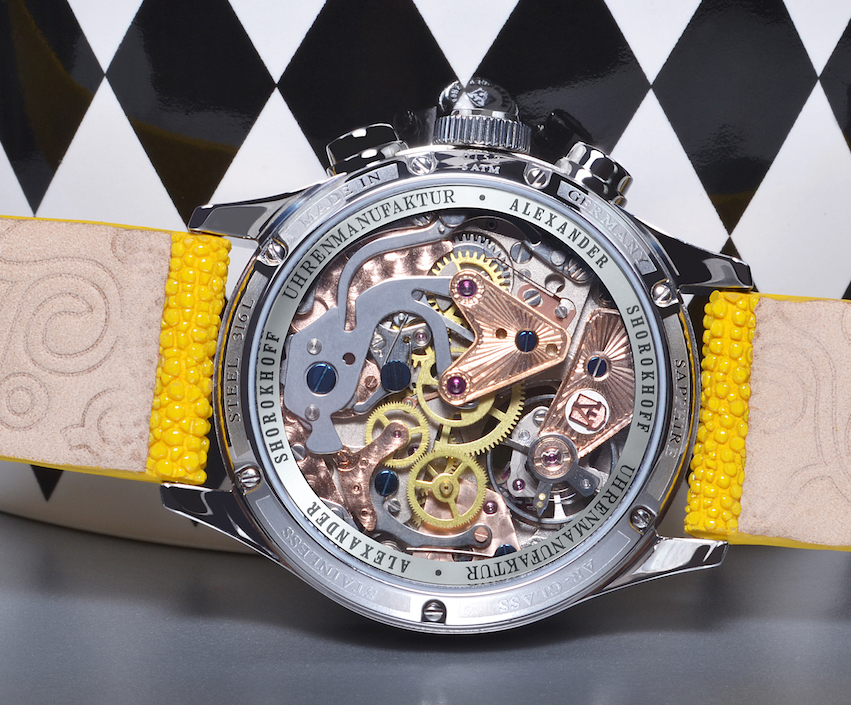 To complement the Crazy Eyes dial, Shorokhoff attaches a matching stingray strap colored bright yellow. He offers two 39mm case options, steel and plated gold, for those who want to extend the yellow color theme to the case. Each case option, however, will only be made in a limited edition of thirty pieces, with the gold-plated model priced with a $100 premium. 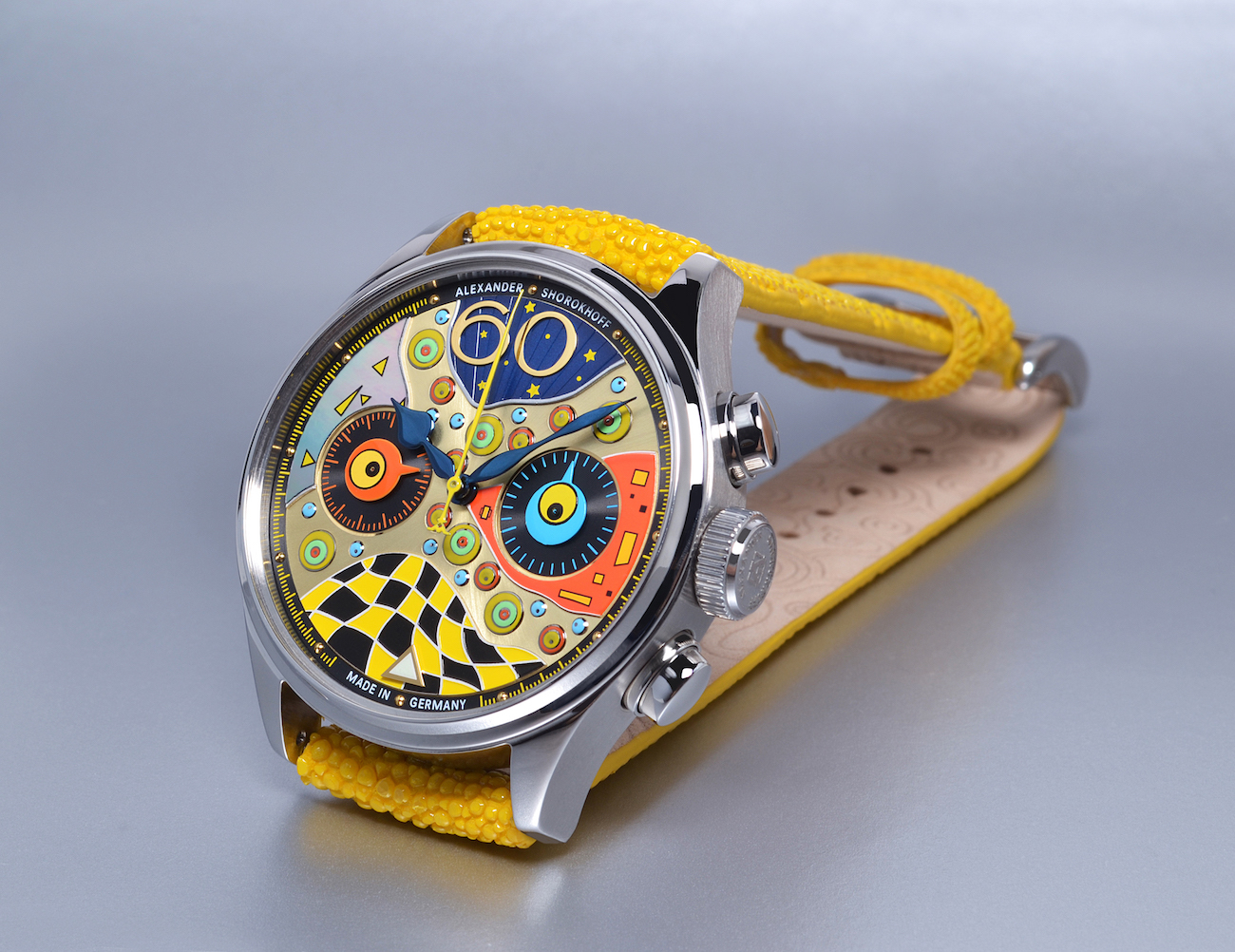