In 2005 I became aware of Alain Silberstein, “Architecte Horloger.”

With Silberstein you need to throw everything you think you know about watches out the window. Alain Silberstein’s creations are revolutionary. More than mere watches, they push the boundaries and question the very laws of ergonomics and design.

Perhaps the most famous Silberstein was the Krono, a chronograph that had a conventional dial layout from a positioning point of view with a Valjoux 7750 or Lemania 5100 movement inside, but with playful hands and dials that stretched design boundaries with geometrical shapes and bold primary colors.

I just had to have one of his creations and purchased my Rondo Smileday (#243 out of a 500-piece production) directly from Alain Silberstein headquarters in France.

Even now it remains my most prized work of art/timekeeping/conversation piece on the wrist.

Like any watch, it also makes a statement about the person who wears it and is a real attention-getter. Just the other night while out with friends, one of the busmen came up to our table to compliment my Rondo Smileday and to take a closer look.

Each day of the week on the Smileday is represented by a specific face and emotion (the picture attached shows Friday, the first of three consecutive smile faces (Saturday and Sunday are Big Red Smiles). Monday not happy, Tuesday still not happy, Wednesday undecided, Thursday, we are almost there.

The blue, red and yellow primary colors, red triangle crown make this a watch like no other. As playful as a Swatch but with all the inherent qualities of a $3,500 fine timepiece, my Rondo is still keeping great time. It remains one of the most reliable timekeepers in my collection.

While Alain Silberstein – the brand ­– is no longer active, Silberstein the man continues to produce occasional collaborations with horological partners such as MB&F and Philippe Lebru.

Fast-forward to 2020 when I discovered that Louis Erard and Alain Silberstein joined forces to create Triptych – a set of three associated watches intended to be appreciated together.

Louis Erard and Alain Silberstein together created La Semaine, Le Régulateur II, and Le Chrono Monopoussoir, produced in runs of 178 pieces each, with seventy-eight of each reserved for a three-watch collector’s set ($12,395). This left 100 examples of each watch available for individual purchases. Prices started at $3,900. Each watch is water resistant to 100 meters and comes secured on a nylon strap.

All 178 pieces sold within three days in early June 2021. The watches are not numbered, instead on the back of each case is engraved “1 of 178”.

While I missed out on the chance to buy one immediately, I was able to place my name on a waiting list at louiserard.com in case a watch became available (due to cancellation or return). I wondered at the odds and how many people might be on that list.

Lo and behold, in rather short order, after having my thrown my hat into the ring, I was informed by email that my lucky day had arrived.

Was I going to be the one who would secure a Louis Erard-Alain Silberstein Triptych watch? Would I be the first to respond? Why yes I would!

When my adventure began, I originally had my eye on the La Semaine, but in retrospect, I am very pleased to be receiving the Le Chrono Monopoussoir.

A return to the historic Krono, but with a singular twist: the chronograph is a monopusher with only a single counter. It’s a clean and concise expression of a stopwatch that perfectly complements the Silberstein style.

With just one push the chronograph hand is activated, another push pauses it, and a third push resets the chronograph to zero. Simple and elegant. It’s impossible to mix up the order in which to push the multiple buttons endemic to traditional chronographs. 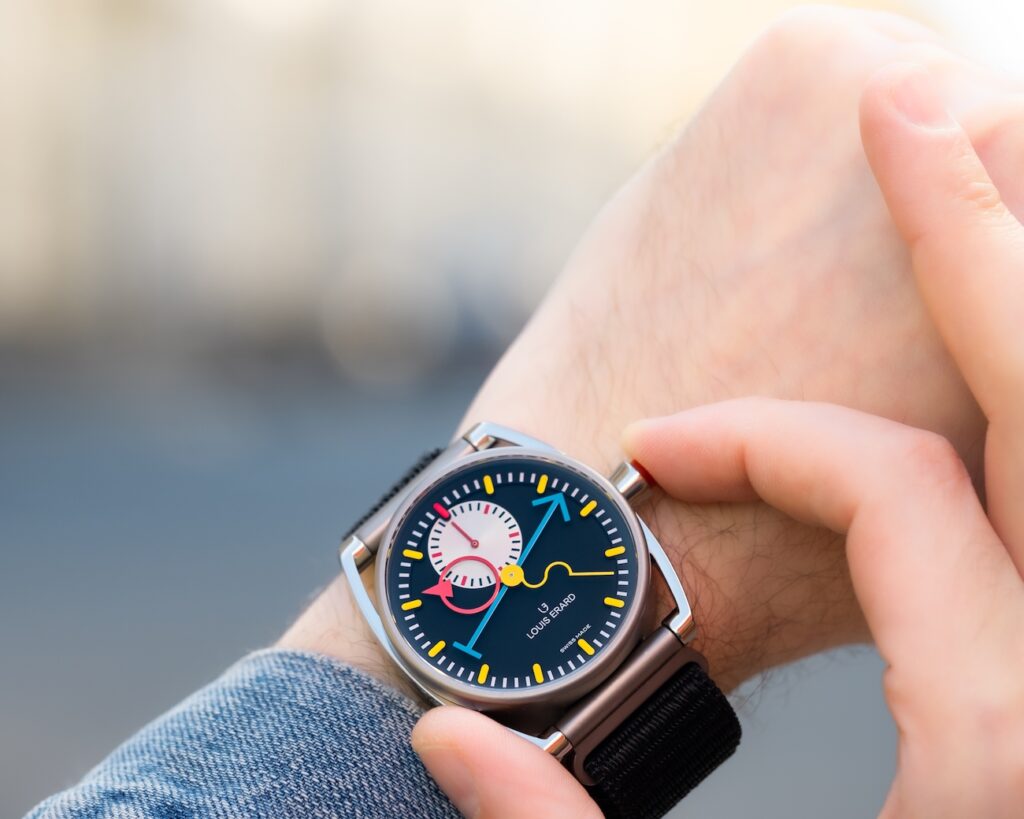 The watch’s titanium case is 40mm-wide with a lug-to-lug height of 47mm, and at 13.8mm-thick, it is the most substantial of the three. Louis Erard went for such an unmistakable case here, as it stylishly enhances Silberstein’s distinctiveness while also pulling off a cool sports watch that is like nothing else out there. 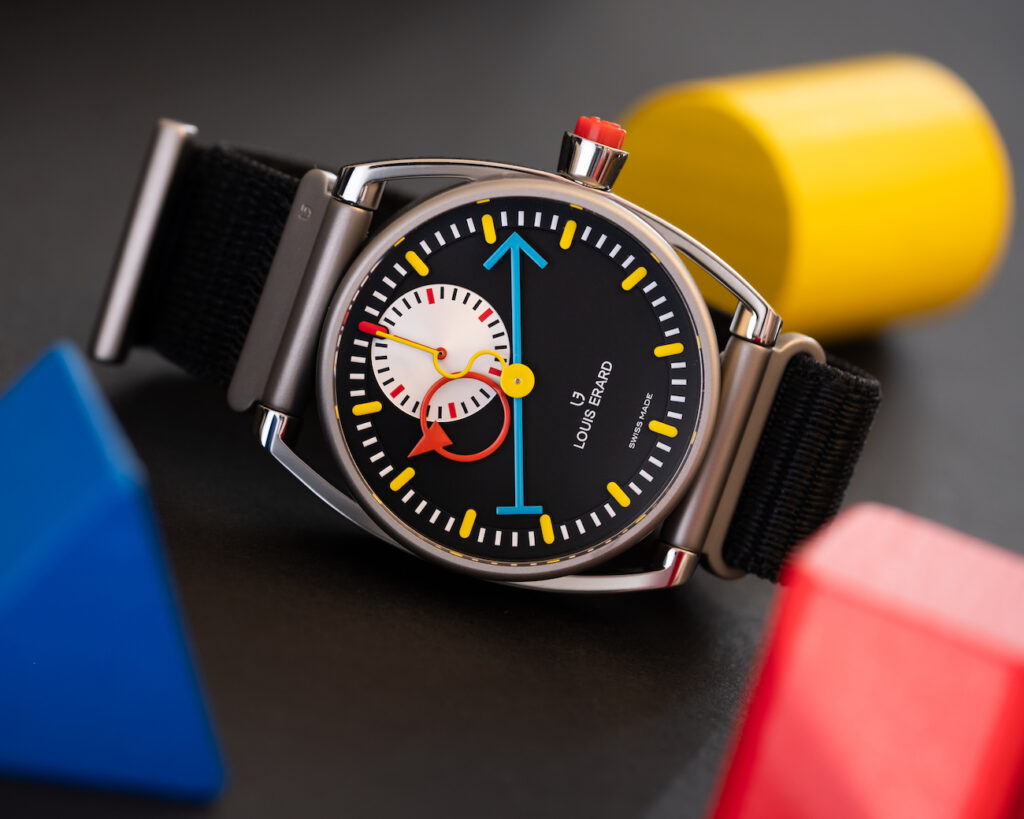 Some of the Triptych watches are already being sold online for double their cost. I for one don’t believe that such a fine watch should be leveraged for pure profit, but rather held and enjoyed for the work of art it is.

My own Le Chrono Monopoussoir is now in transit from Switzerland and I anticipate its arrival soon. To say that this particular watch hunt has given me a real thrill is no lie. 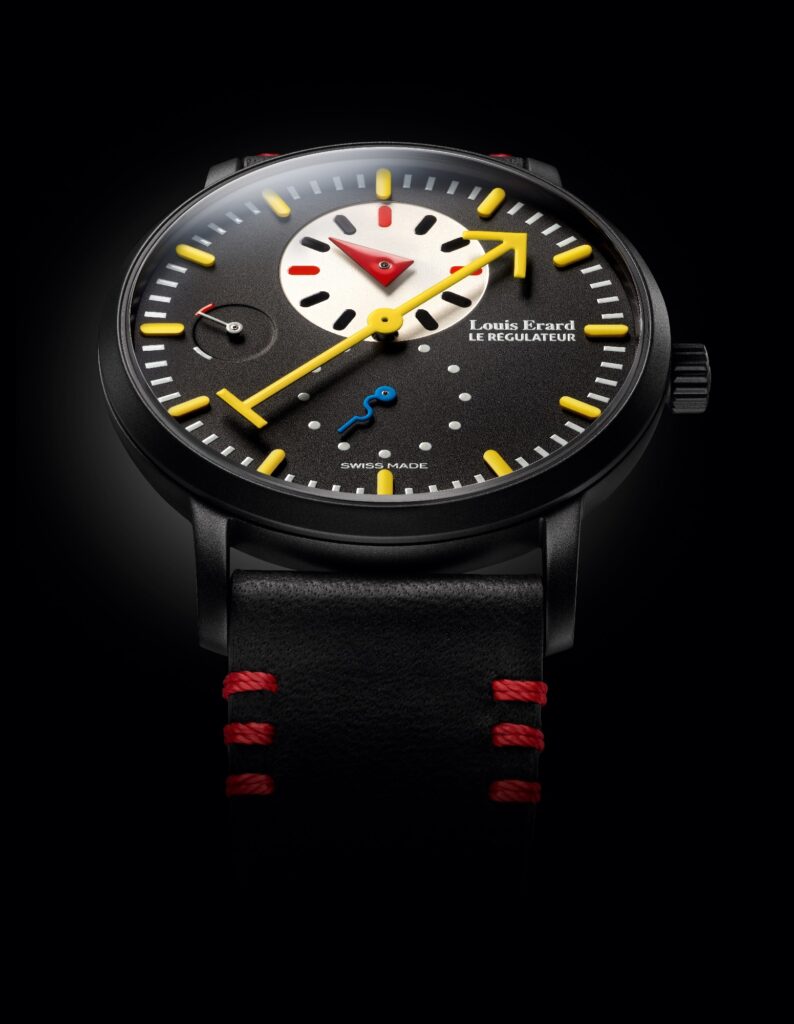 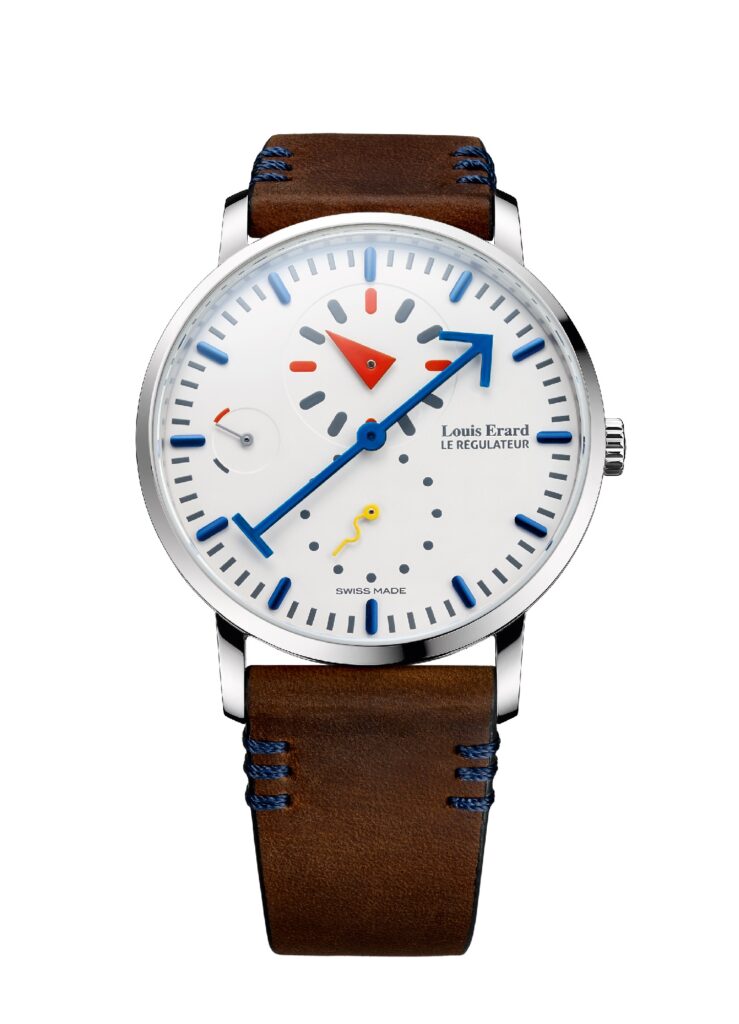 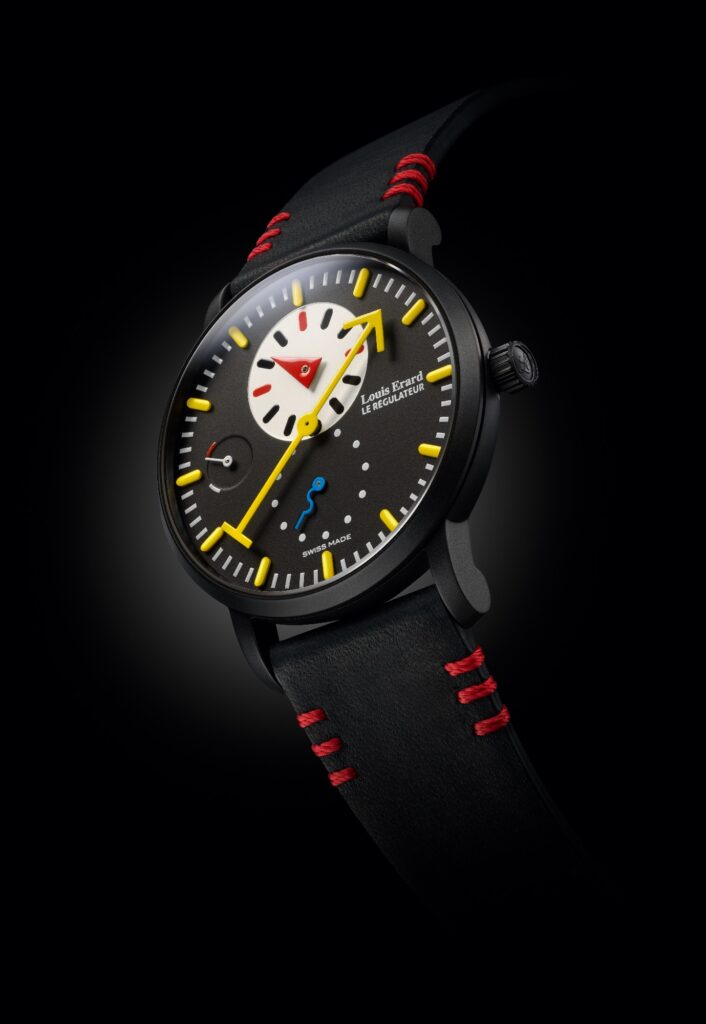