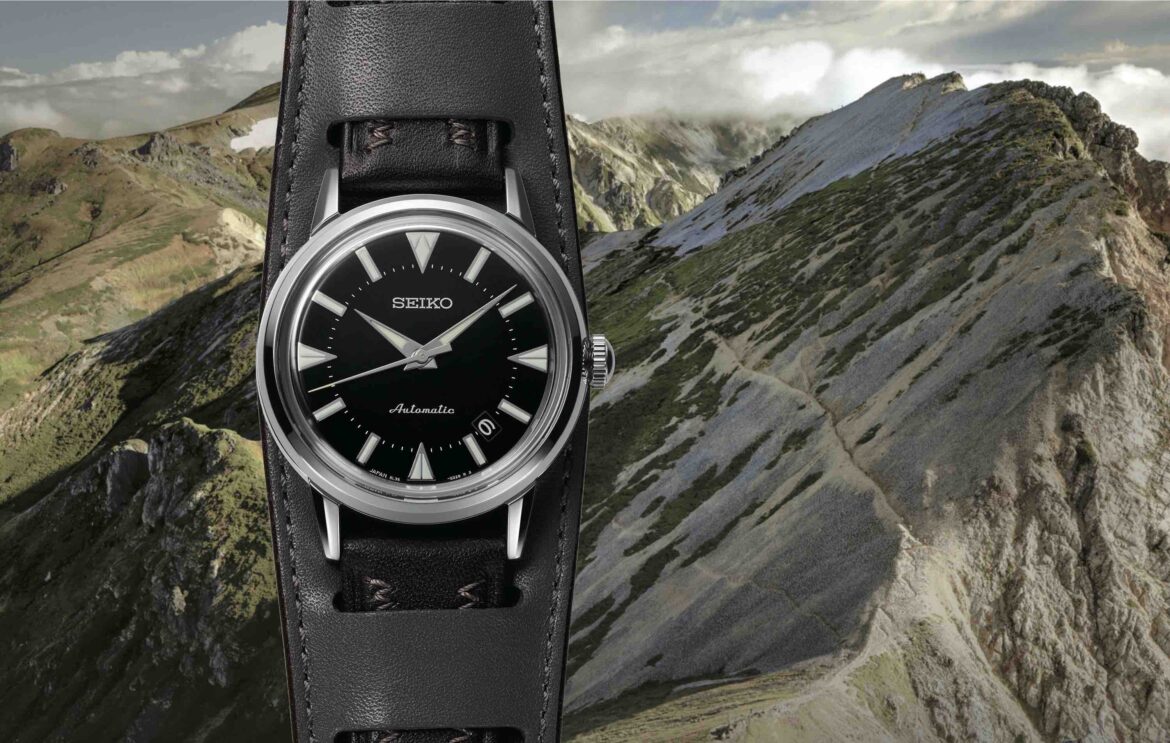 Among Seiko’s wide-ranging 2021 debuts, two new Prospex models stand out for near-perfect fidelity to the original Seiko watches that inspired their re-interpretation. One, the Seiko Prospex Alpinist, revisits a Seiko sport model from 1959, while a second, the new Seiko Prospex Naomi Uemura 80th Anniversary Limited Edition, revisits a historic dive watch Seiko made in 1970.

What makes both these debuts even more vital for Seiko collectors, and sports watch enthusiasts in general, are the updated collections based on these historic designs.

First, let’s take a look at the diver’s watch.

As worn by Japanese adventurer Naomi Uemura in the mid-1970s when he completed a 12,500-kilometer solo dog-sled run from Greenland to Alaska, a 1970 Seiko dive watch offered both reliability and protection. The watch was also notable for its unusual asymmetrical extension that protected the crown at the four o’clock position.

Revisiting that 1970 design, Seiko in 2021 offers two new 44mm steel models. One (Reference SLA049) is a limited edition of 1,200 watches that echo the case’s original shape, high-visibility and three-hand dial, but now offer a special ‘mountain-pattern’ blue dial and blue bezel, said to recall the “blue tones of the earth’s upper atmospheric layers.”

Seiko of course has modernized the tribute watch in several ways, primarily with the updated movement. Inside you’ll find Seiko’s dive-centric Caliber 8L35, made at the Seiko Shizukuishi Watch Studio in northern Japan.

The dial is also extra luminous, with all hands and all hour markers coated generously with Lumibrite. Seiko has also coated the case with a protective, anti-scratch layer, and has placed an anti-reflective coating on the dual-curved sapphire crystal.

Finally, Seiko has increased the watch’s water resistance, now rated to 200 meters. For this limited model, Seiko includes a blue silicone strap that has the same train-track pattern as the original model.

In addition to the blue-dialed limited edition that commemorates the 80th anniversary of Naomi Uemura’s birth, Seiko adds a gray dialed version to the Prospex collection. The watch shares the same textured pattern dial as the limited edition but is in a charcoal gray color that is similar to the 1970 original. It shares the same case design, features and specifications as the commemorative watch and will also be available at the Seiko Boutiques and selected retail partners worldwide in July 2021.

Seiko introduced its first watch made for mountain climbers in 1959. Called the Seiko Laurel Alpinist, it marked the start of Seiko’s march into the much broader sports watch market. Seiko followed that debut model with a series of watches specifically tailored for sports, including stopwatches and diver’s watches.

For 2021 Seiko revives that debut 1959 design with two odes to the original. One, the Seiko Prospex 1959 Alpinist Re-creation, is a 36.6mm limited edition that retains the original’s dial markings and its sporty leather cuff. A second model, the Seiko Prospex 1959 Alpinist Modern Re-interpretation, is slightly larger, at 38mm, is fitted with a different movement and is offered on steel bracelet (and two dial options) and on a leather strap.

The re-creation brings back the black dial and large markers found on the original, but now adds a date window and stronger water resistant (to 100 meters). In addition, its box-shaped sapphire crystal is now treated with an anti-reflective coating on the inner surface. Finally, the movement is updated with Seiko’s thin automatic Caliber 6L35, which has a power reserve of 45 hours. Despite the addition of a date and the new automatic caliber, the case is just 1.0mm thicker (11.1mm) than the original model. And of course, Seiko has faithfully reproduced the leather strap and cuff, using the same jagged stitch design as its predecessor.

The re-creation will be available as a limited edition of 1,959 at the Seiko Boutiques and selected retail partners worldwide in August. Price: $2,900. 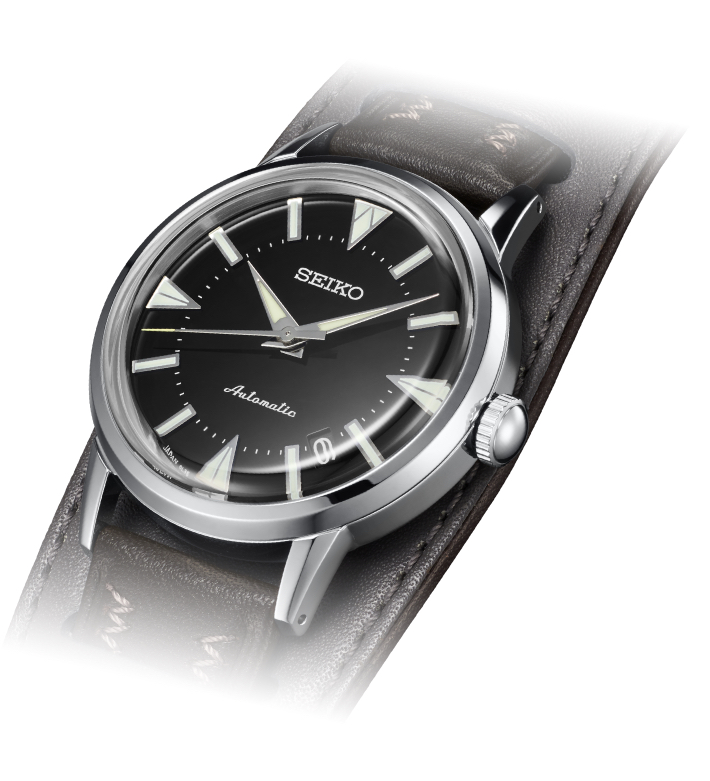 The three other new watches that pay homage to the 1959 Alpinist sport a more contemporary dial treatment and offer a choice among two steel bracelet models and one attached to a leather strap. This collection of three models is one of Seiko’s best values among all its 2021 debuts.

Their slightly larger (38mm) polished cases are notably more modern than the Re-creation, and the Caliber 6R35 offers a stronger power reserve, at 70 hours. In addition, the water resistance is to 200 meters, twice the rating of the Re-creation. Two watches (cream-colored dial and black dial) are offered on stainless steel bracelets while the green dial version comes with a leather strap.

All three of these Prospex 1959 Alpinist Modern Re-interpretation watches will be available at the Seiko Boutiques and selected retail partners worldwide in August. Prices: $750 and $725 (leather strap).