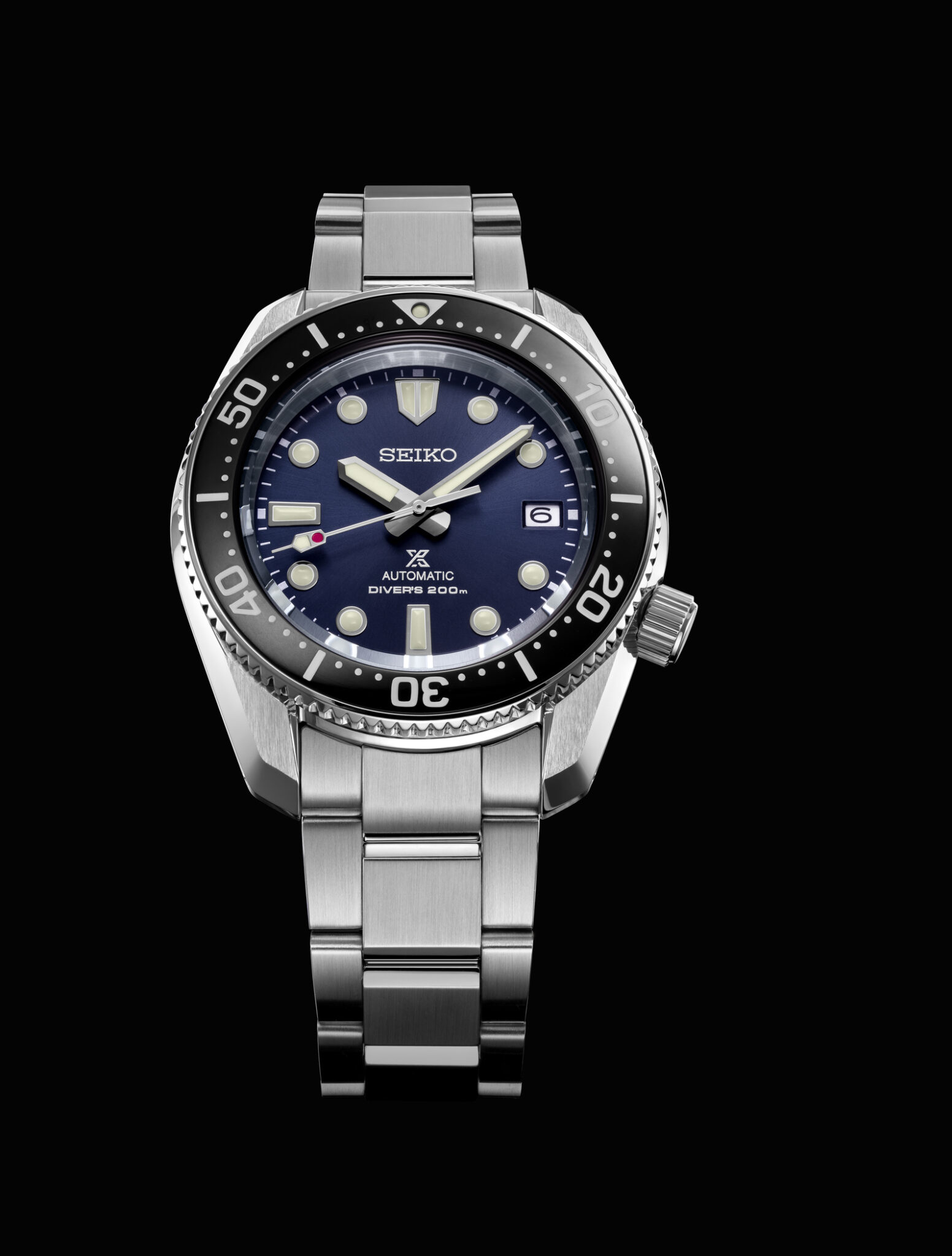 Two brand-new releases from Seiko Prospex recall historic diver’s models from 1968 while a third new diver’s watch, offered on a silicone strap or a titanium bracelet, features a lighter titanium dial and a bracelet built with references to a Shogun’s helmet and armor.

Seiko has updated both models with the solid 6R35 automatic mechanical movement, which is appreciated for both its robust nature as well as its 70-hour power reserve.

Bi-directional winding via the magic finger system adds power to the movement while wearing the watch, but you can also manually wind it as well. Also, for all the watch “hacks” out there fixated on stopping the second hand in order to coordinate their next mission, the 6R35 does in-fact offer this over-appreciated feature.

While critics may search for other depredations in the fact that the frequency of the caliber 6R35 at 21,600 vph is a bit slower than other Japanese options, accuracy is the same or similar to those slightly faster mechanical heartbeats. One wonders if the internet’s instant experts have considered that putting less stress on a system that will inevitably need service and/or repair down the road might actually be a benefit rather than a detriment.

Seiko fits this movement into its Propex “Shogun” series (SPB189 and SPB191) are crafted in a 43.5 mm hardened titanium case rated to 200 meters of water resistance with the crown at the traditional 3 o’clock position. A super-huge date display is made even larger by a magnifying cyclops window, with a uni-directional diver’s bezel atop. The sapphire crystal over the dial will be difficult to mar or scratch unless you shatter it entirely.

Like its sister dive models, the Seiko Prospex ‘Shogun’ could not be any easier to read; Broad hands coated in a thick layer of LumiBrite glow brightly – just like the hour markers. Time is clearly of the essence with these masterful classics. Offered with a choice of a silicone strap at $1,350, or a titanium bracelet for an extra $200, the Shogun will be a fan favorite for both real and “desk” divers.

For Japanese warrior fans, Seiko says the triangular notches in the rotating bezel on this model resemble the ornaments of a traditional Shogun helmet. The yabane or “arrow feather” link shape of the bracelet version, according to the brand, calls to mind weapons and armor.

Bringing us back to 1968, the Seiko Prospex Diver SPB185 and SPB187 are slightly smaller at 42mm, slightly heavier as they are cast in steel, and slightly less expensive due to the aforementioned reasons.

Broader shoulders separate the sister-types, as does a crown migrated slightly south to the 4 o’clock position. Other nuances of design define each as the hands, markers, and bezel are endemic to each design. Otherwise these are very similar in the chassis build quality. Available only on a solid link steel bracelet, the 185 and 187 retail for $1,200.