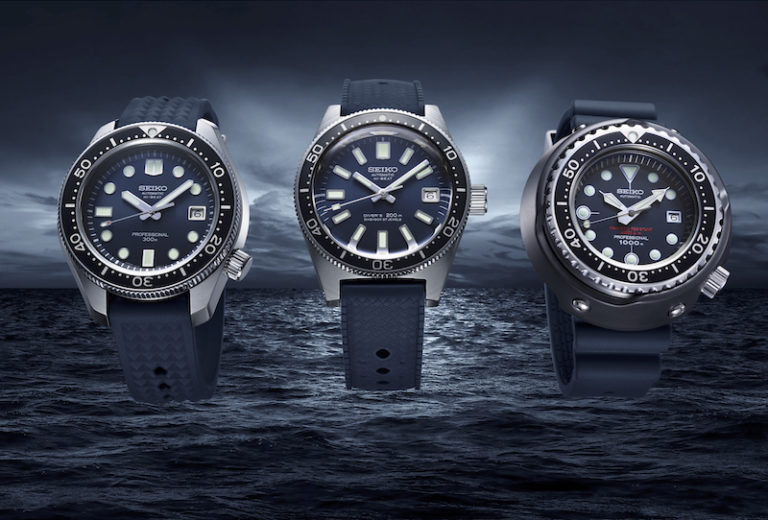 Seiko has re-created three early Seiko dive models as the watchmaker this year celebrates the 55th anniversary of its first dive watches. Now in the Prospex collection, the new models, which Seiko announced in March, are faithful to the original designs, though now with modern specifications and execution.

All the straps also pay homage to the originals while being modern in both the material and color. All three watches will be made available as limited editions of 1,100. The 1965, 1968, and 1975 re-creations will be introduced in June, July, and August 2020 respectively. A special commemorative box with all three watches plus additional black straps will be available in May 2020. Just 100 sets will be released.

In addition to this limited-edition trilogy, Seiko is also launching the 1965 Diver’s Watch Modern Re-Creation, an updated steel version of its first diver’s watch, as a limited edition of 5,500.