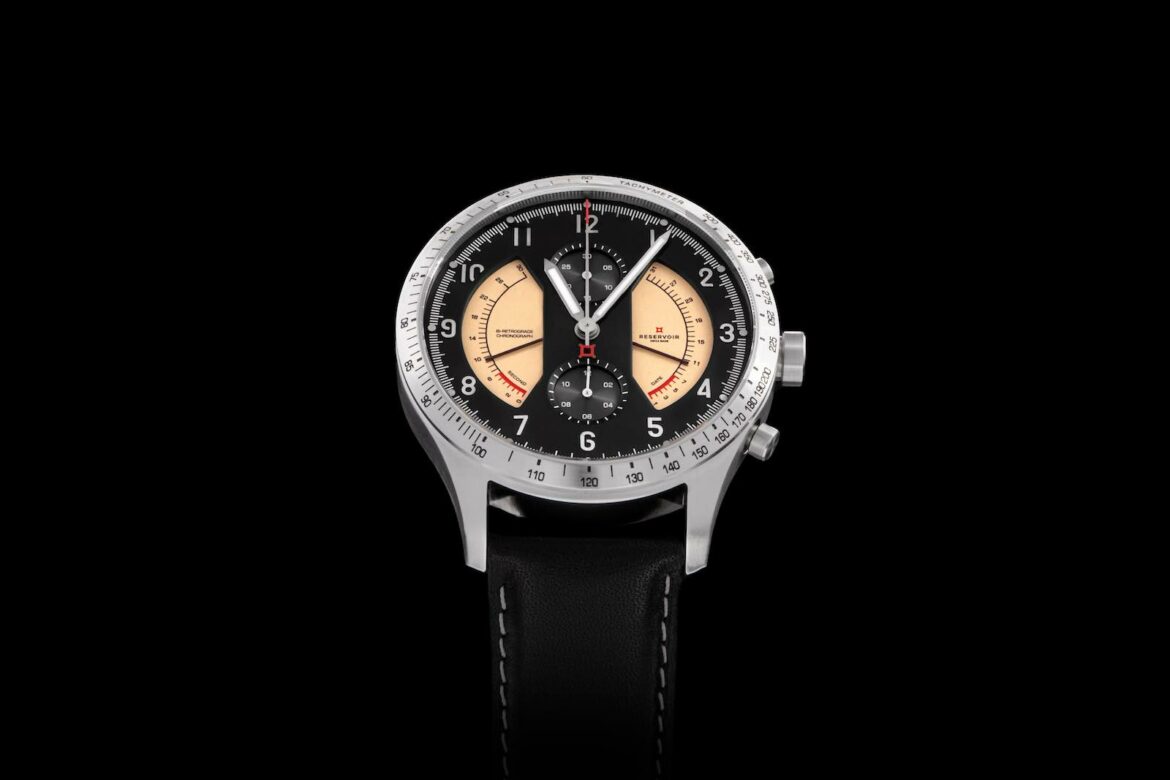 Well-known for its dashboard-inspired jump-hour watches, Reservoir veers from that digital-hour formula on the Sonomaster Chronograph with another first for the brand: a traditional two-hand hour and minutes display.

And underneath those two hands (and a red-tipped chronograph seconds hand) you’ll find the two other displays not found on other Reservoir watches: traditional 30-minute and 12-hour chronograph counters.

Still, it’s the unusually large fan-shaped indicators that set this watch apart from other retrograde models. The wearer will check the dial on the left to eye retrograde seconds with a scale marked 0-30. The thin hand flies back every half-minute. The date display on the right is marked 0-31, with a retrograde fly-back return at the end of the month. 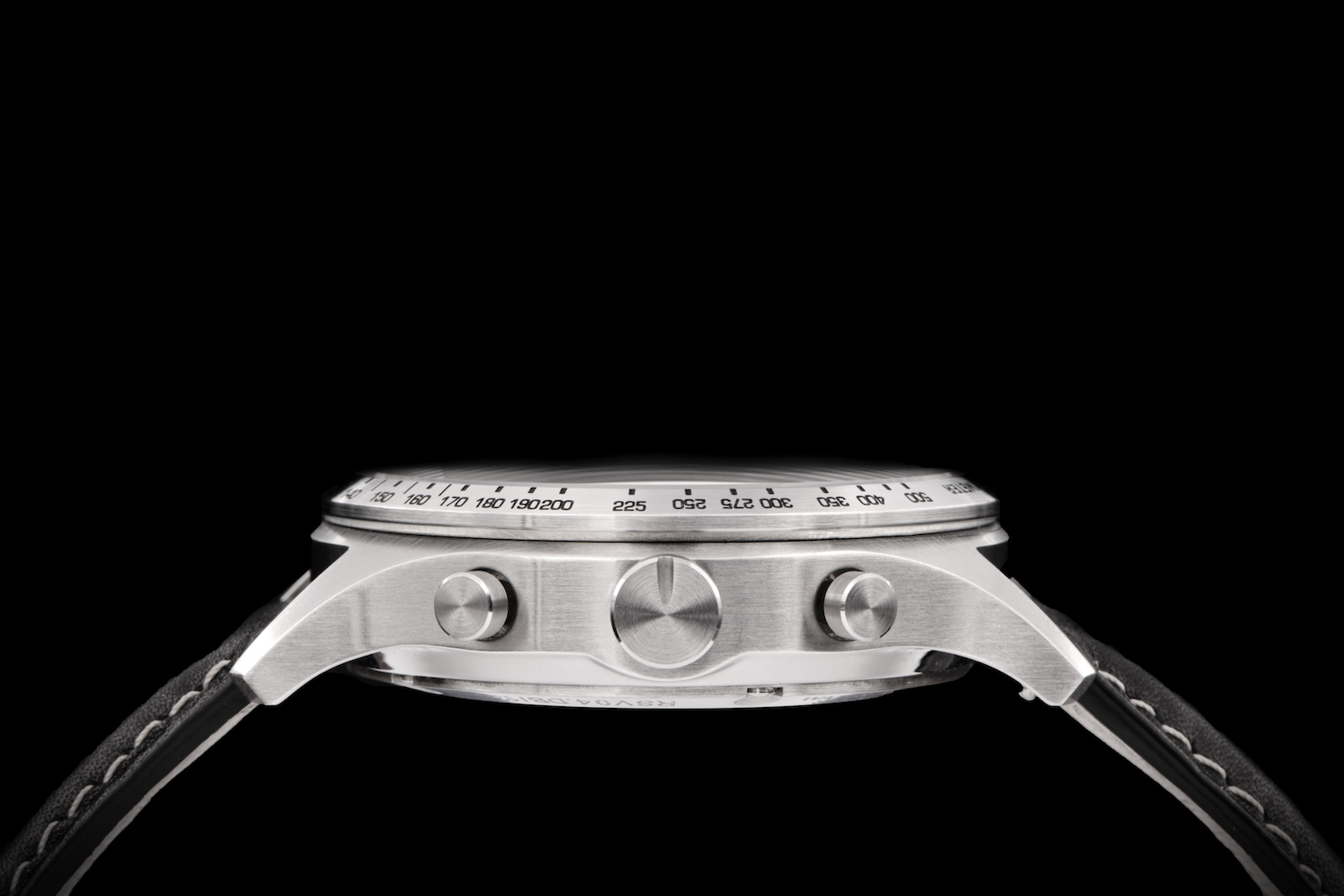 While the Sonomaster Chronograph directly references the VU meters found throughout the broadcast industry, Reservoir notes that the form, a slim needle pivoting against a scale drawn in an arc or a straight line, is also reminiscent of horizontal speedometers found in American cars of the 1950s and 1960s.

Both types of meters included a so-called ‘red line’ that warned of high levels of decibels or watts or a dangerously high RPM on a dashboard.

On the Sonomaster Chronograph, Reservoir further references broadcast instruments with a brushed finish crown inspired by amplifier control buttons. The pusher shapes are inspired by bass and treble buttons. 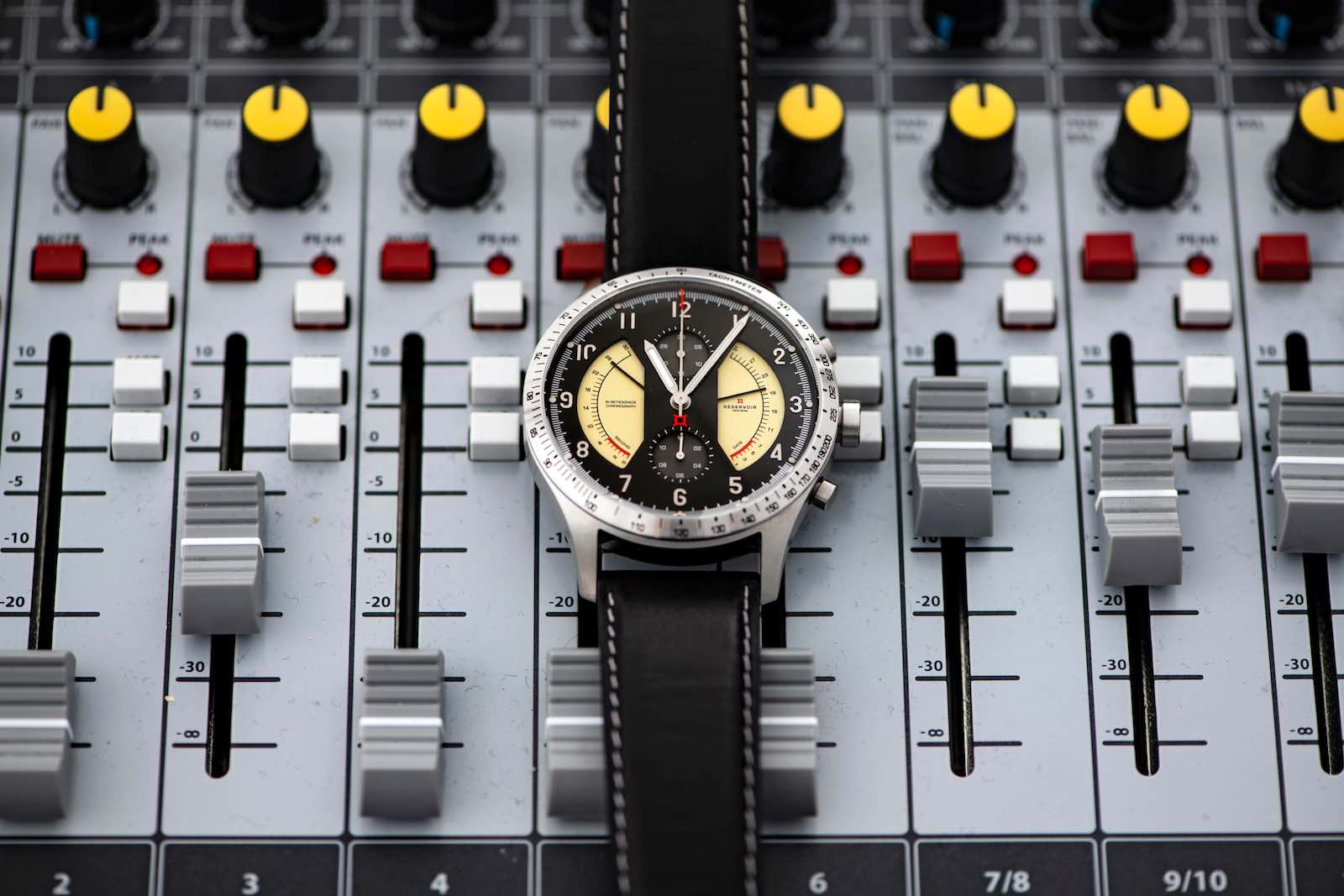 Reservoir treats all the watch’s hands with SuperLuminova and also opening the caseback to reveal the automatic movement with column wheel. 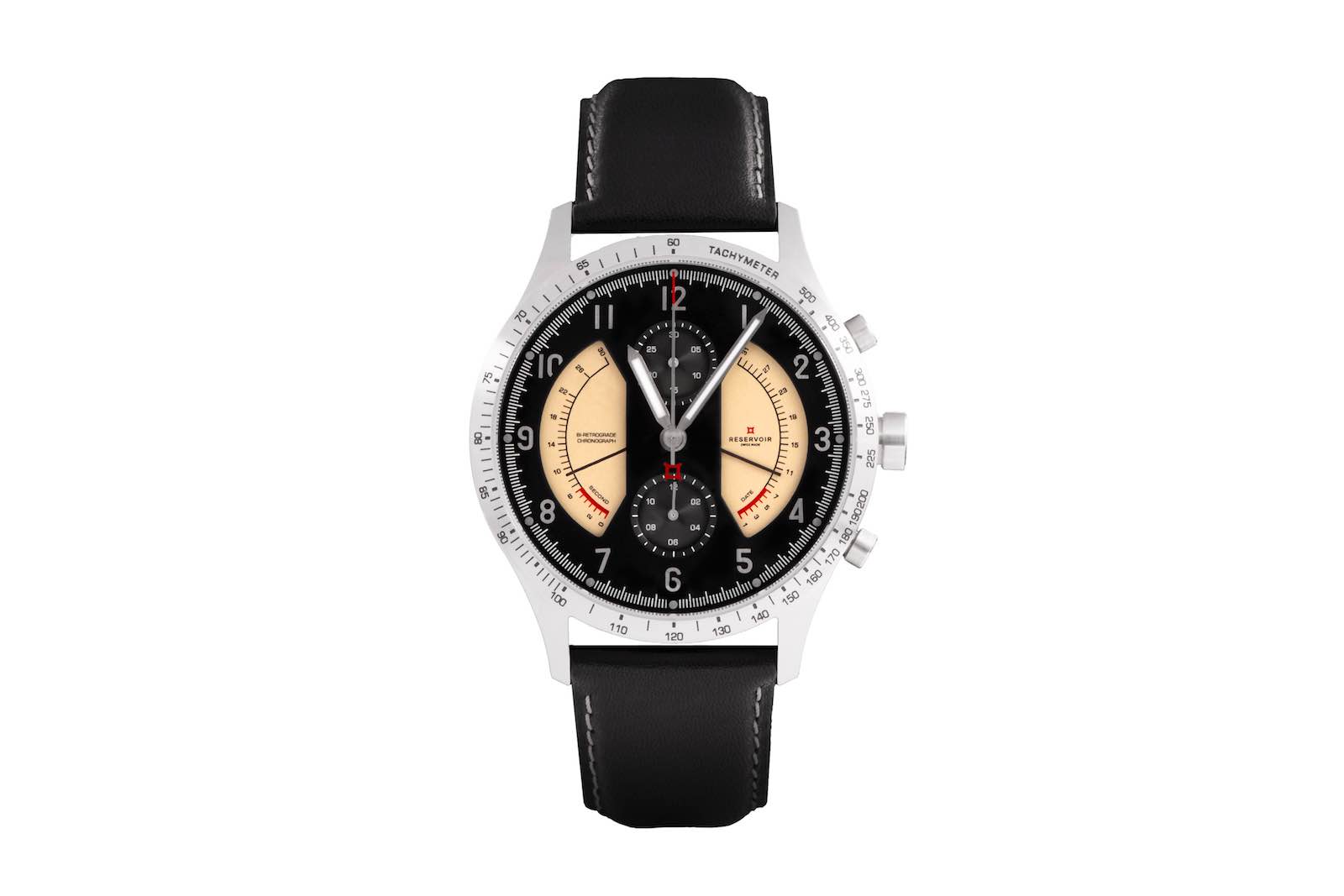