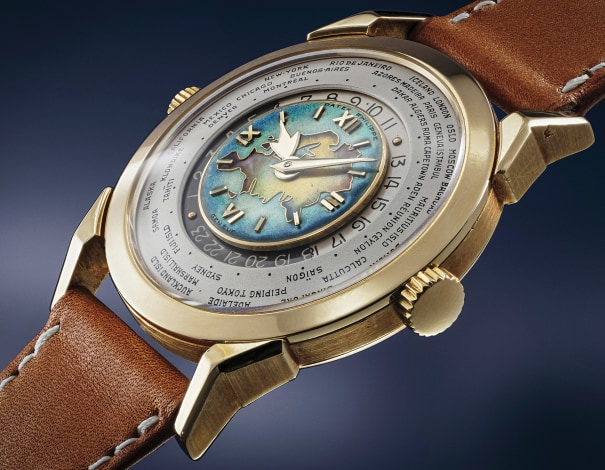 In News and Events

A previously unknown Patek Philippe world timer (Reference 2523) with cloisonné enamel dial tops the lots at the Phillips Geneva Watch Auction XIII, scheduled for May 8 and 9 in Geneva. But alongside that ultra-desirable watch, estimated at CHF 3.5 million, collectors can also bid on rare watches from Cartier, Audemars Piguet, F.P Journe and Rolex, among many others.

That top lot, the Patek Philippe Ref. 2523, was first launched in 1953 and features a 36mm case, which at the time was considered large. The watch’s city ring is an integral part of the dial rather than being engraved on the bezel. Two versions were available, with reference 2523 with larger lugs sitting above the bezel and reference 2523/1 with a slightly larger diameter and thinner lugs that do not sit above the bezel. This example is known as the “Silk Road” 2523 and is the earliest ever made. 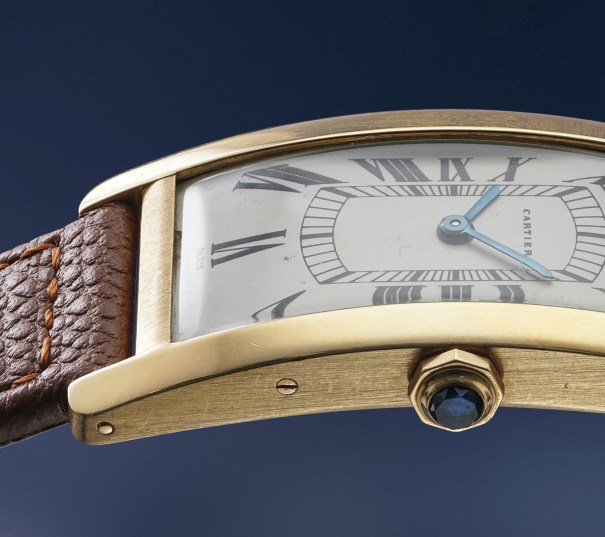 Lot 23: This Cartier Grande Tank Cintrée, circa 1965 (above), was Cartier’s largest Tank model and has been produced in extremely limited quantities since 1921. This example is all original, dating to 1965 with all hallmarks and serial number engravings intact. The movement is a manual-wind Jaeger-LeCoultre calibre. Estimate: $21,300-$32,000. 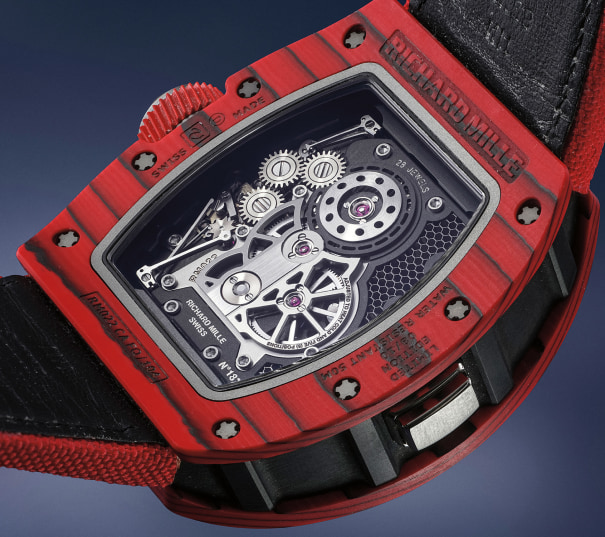 It’s a complicated Richard Mille limited edition watch made for the American market and features a red quartz TPT case. Numbered eight of ten examples, the watch has not been auctioned previously. Estimate: $267,000-$533,000. 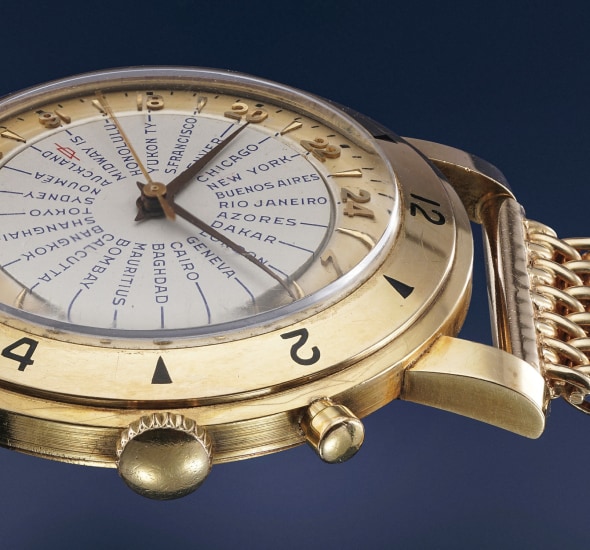 Lot 73: This Tissot World Time from 1950 is a very early 14-karat gold World Time wristwatch produced at the start of the Jet Age. Considering that very few watch brands were making any type of world timer or even dual timer in the 1950s, this is a surprising watch to surface from Tissot. At 36mm it will fit any wrist size. Estimated at $4,300-$6,400.

Lot 147: The Audemars Piguet Royal Oak Jumbo, B-Series, circa 1978, is an original Royal Oak Jumbo – produced six years after the launch of the model. The total production of B-series was just 1,000 examples. The dial is preserved in excellent condition with the AP logo at 6 o’clock, which can be found on any A and B Series as well as some C Series. This example is in superb, all-original condition with hardly any signs of wear. It also comes complete its original box and guarantee certificate. Estimate: $43,000-$86,100.