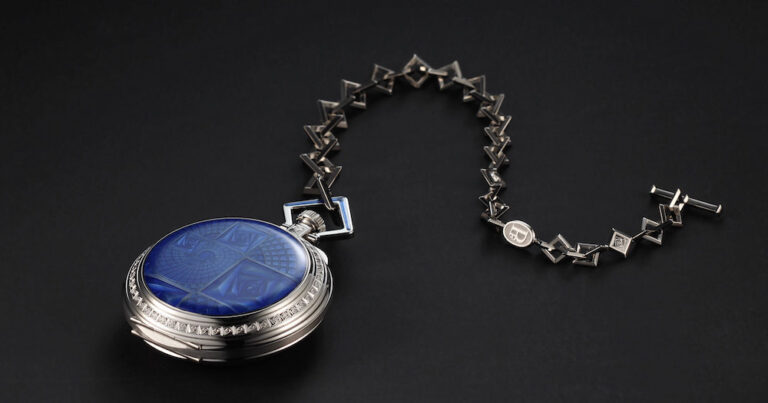 That complicated movement, which was never encased in a pocket watch, remained on Parmigiani’s to-do list for restoration until earlier this year when Guido Terreni, the company’s newly named CEO, embarked on a project to help the brand celebrate its twenty-fifth anniversary.

Terreni and Parmigiani quickly enlisted the Piguet movement as the heart of the project. 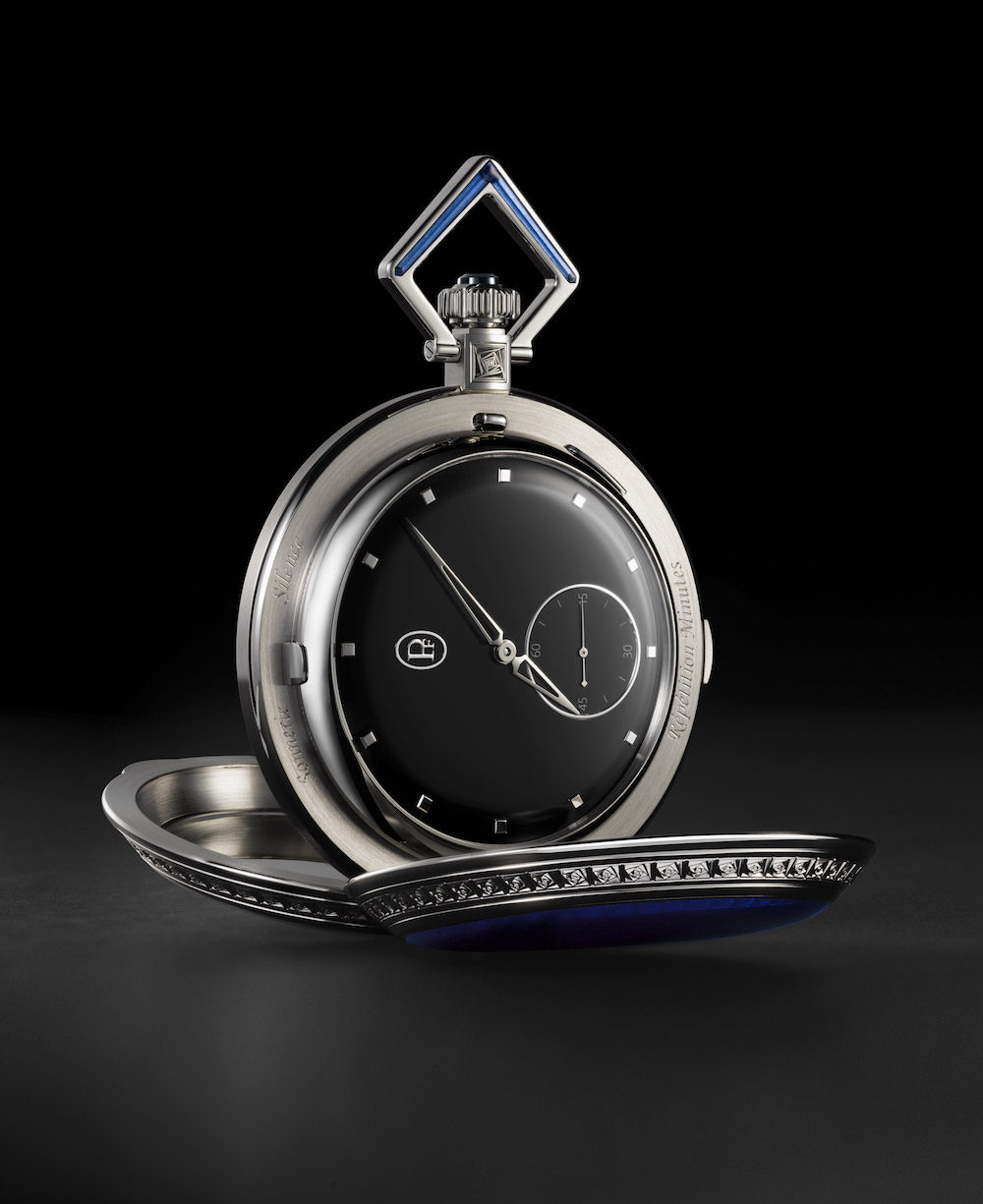 Named after the Rose Carrée or “squared rose” engraved pattern seen on the case and movement, the one-of-a-kind watch Is coated by three or four layers of blue grand feu enamel (applied by artistic enameller Vanessa Lecci) to add depth and rich color to the engraving work. 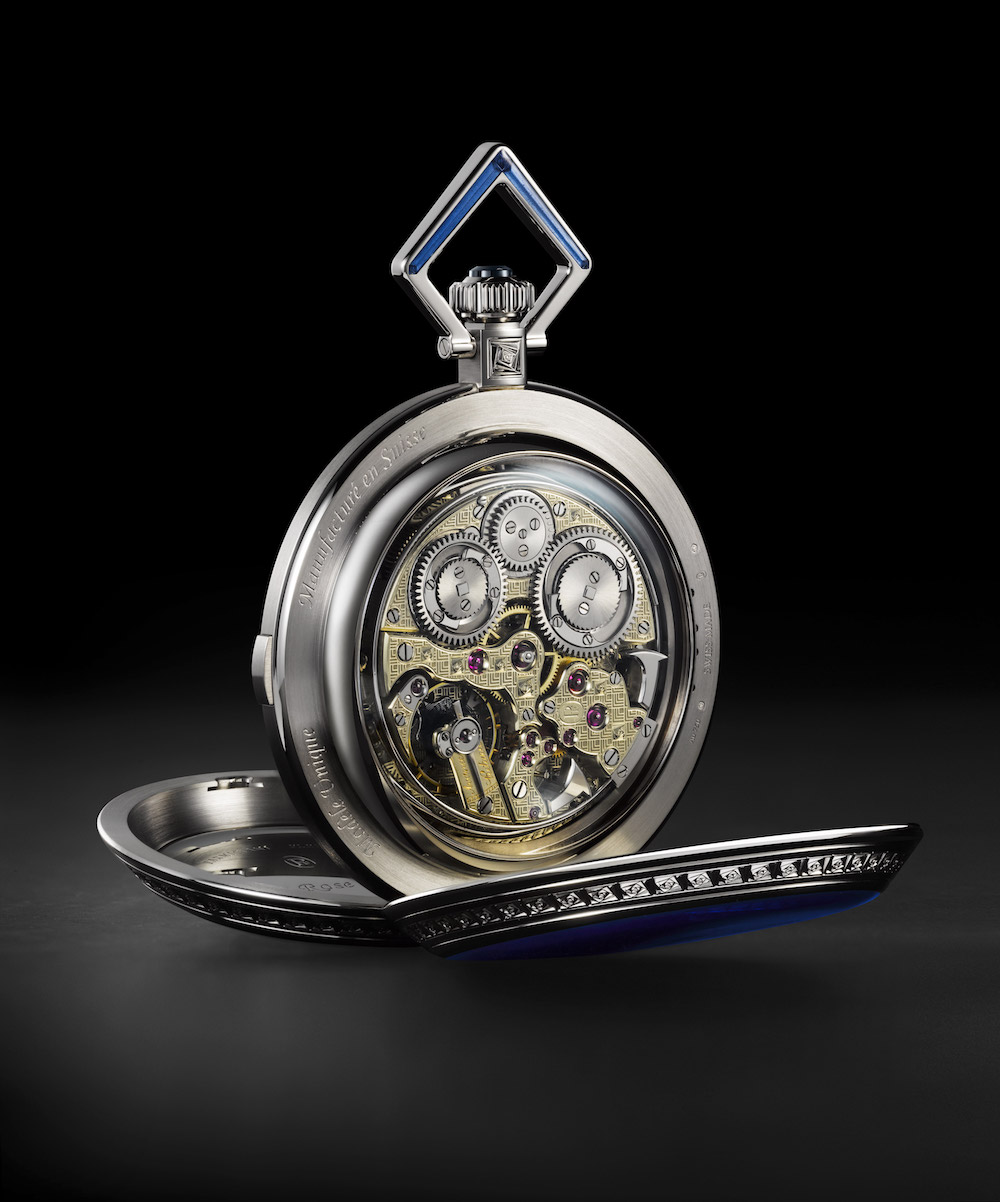 According to Terreni, the square roses pattern found throughout the watch follows the Golden Spiral, a derivative of the Golden Ratio, which has long been favored by Michel Parmigiani. 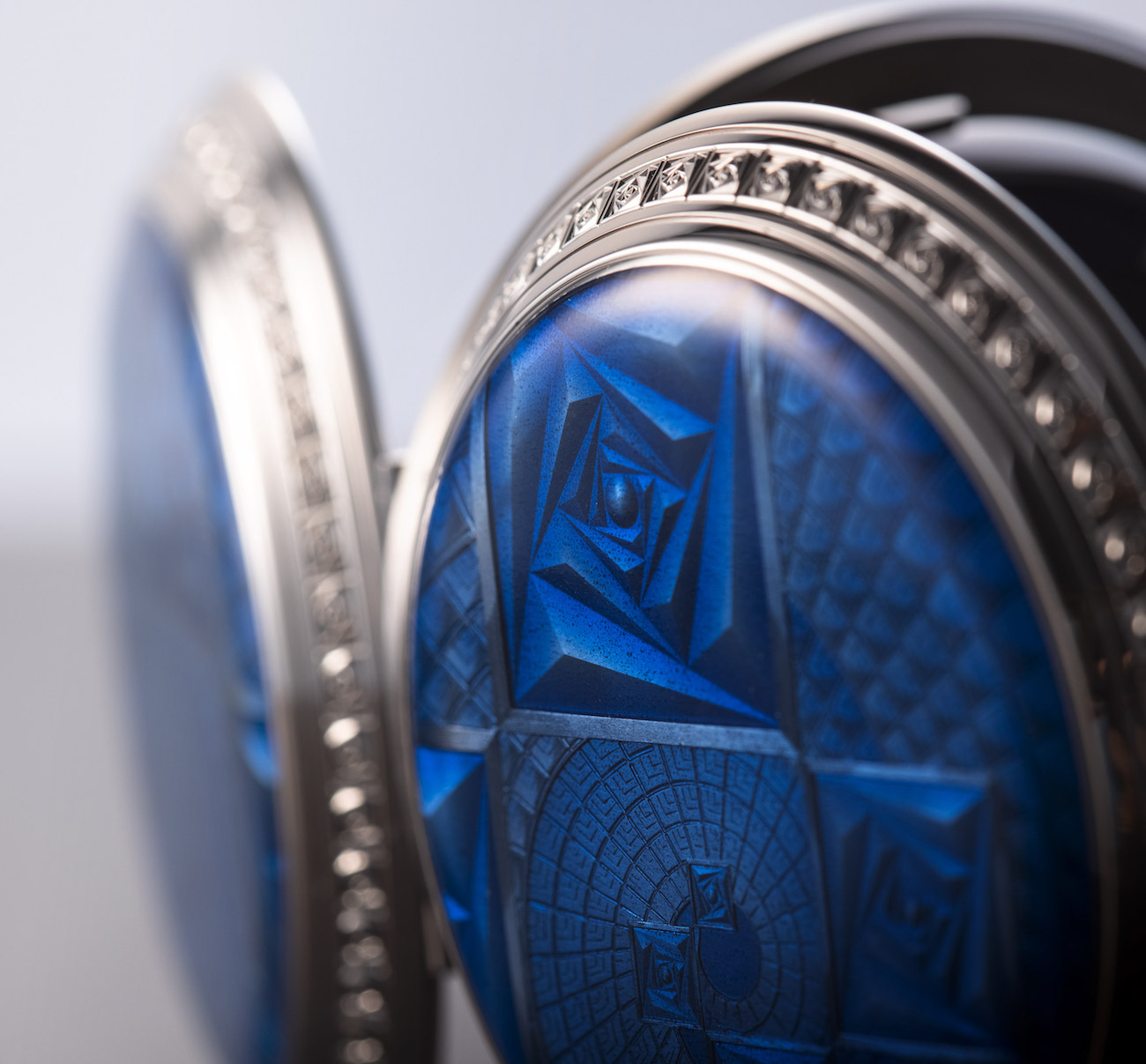 One cover opens to reveal the black onyx dial, white gold hands and a small-seconds subdial outlined in white gold. The second cover opens to frame the beautifully engraved movement with a mainplate and the bridges displaying the thematic Rose Carrée pattern.

Notable too is the blue-sapphire-set crown and an unusual square-link chain entirely handcrafted by Swiss traditional chain maker Laurent Jolliet. 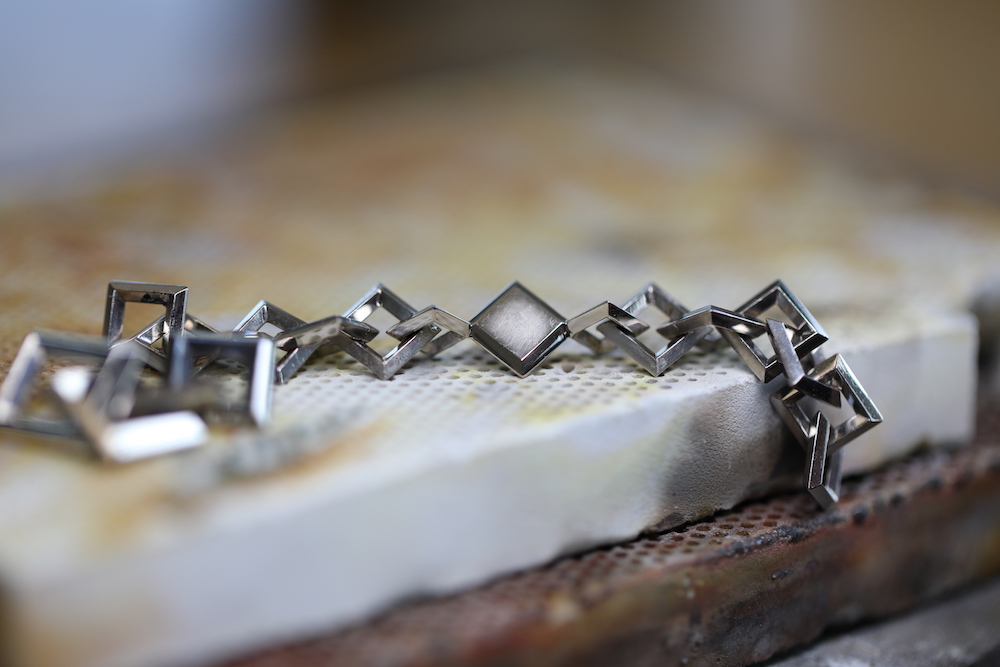 For additional detail and a video about La Rose Carrée, check out the Parmigiani Fleurier website.