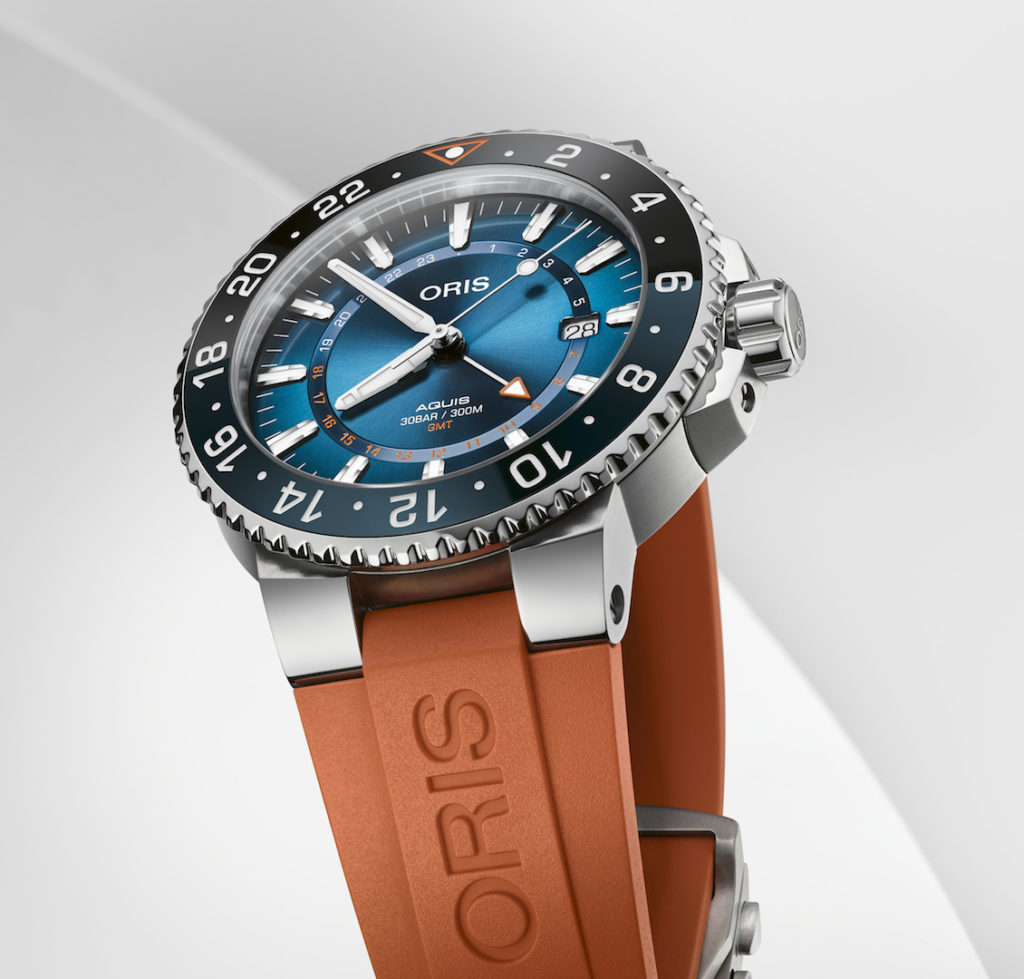 Oris has once again partnered with the Florida-based Coral Restoration Foundation to create the new Aquis Carysfort Reef Limited Edition, a steel version of the fifty-piece gold limited edition introduced earlier this year. The new model will offered as a limited edition of 2,000 timepieces. Sales will support the Foundation.

The Carysfort Reef collection is named for the eponymous coral reef in the Florida Keys National Marine Sanctuary. It is part of the Florida Reef Tract, the third largest barrier reef in the world and the only barrier reef in the United States. Sadly, a changing climate has caused it to degrade over the past several decades and the coral populations to concurrently dwindle. This, in turn, affects the health of our oceans, which produce seventy percent of the world’s oxygen. 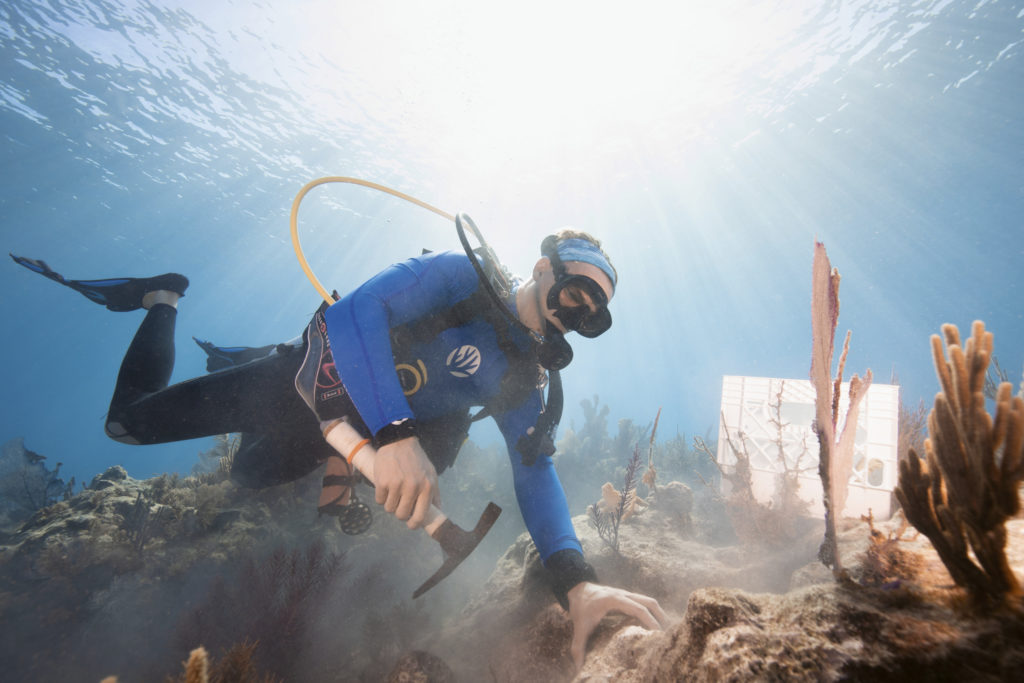 The new watch features a 43.5mm steel case with a bi-directional ceramic bezel and GMT scale. The watch’s blue gradient dial forms the backdrop for SuperLuminova-treated hands and indexes and a date window at three o’clock, while the solid screwed caseback features special engravings alluding to the brand’s support of Carysfort Reef. Oris has worked with the Coral Restoration Foundation since 2014. 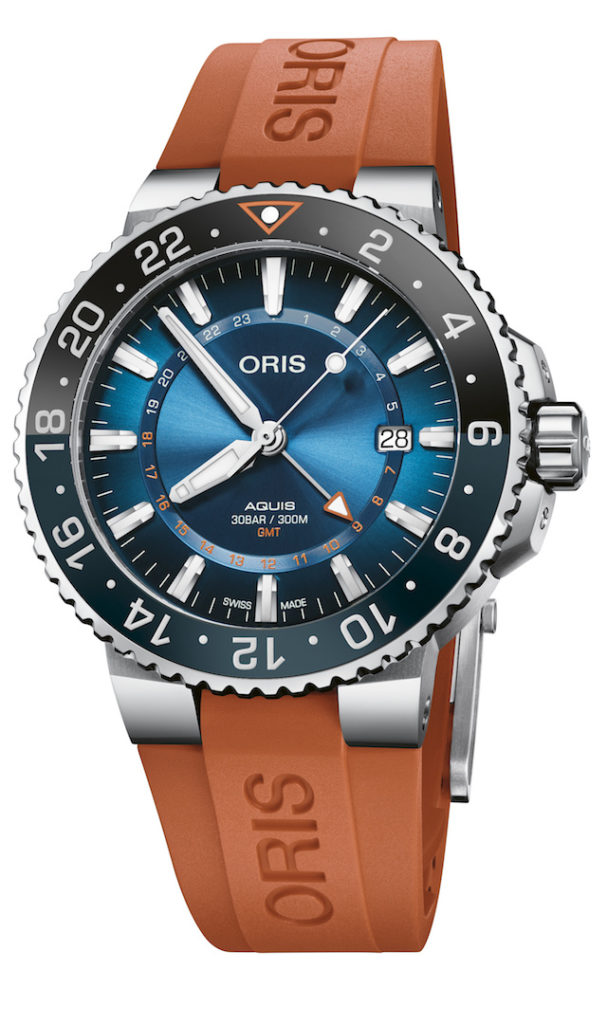 As you might expect, Oris has made the watch fully prepared for use outdoor and even underwater. The watch is water resistant to 300 meters, thanks in part of its screw-in stainless steel security crown.

In its new steel case, the Oris Aquis Carysfort Reef Limited Edition can be strapped to the wrist with a solid Oris stainless steel bracelet or an orange rubber strap, both of which are complemented by a stainless steel security folding clasp with an extension. The presentation box is both attractive and satisfying: it is constructed using sustainable algae.  Prices: $3,000 (metal bracelet) and $2,800 (orange rubber strap). 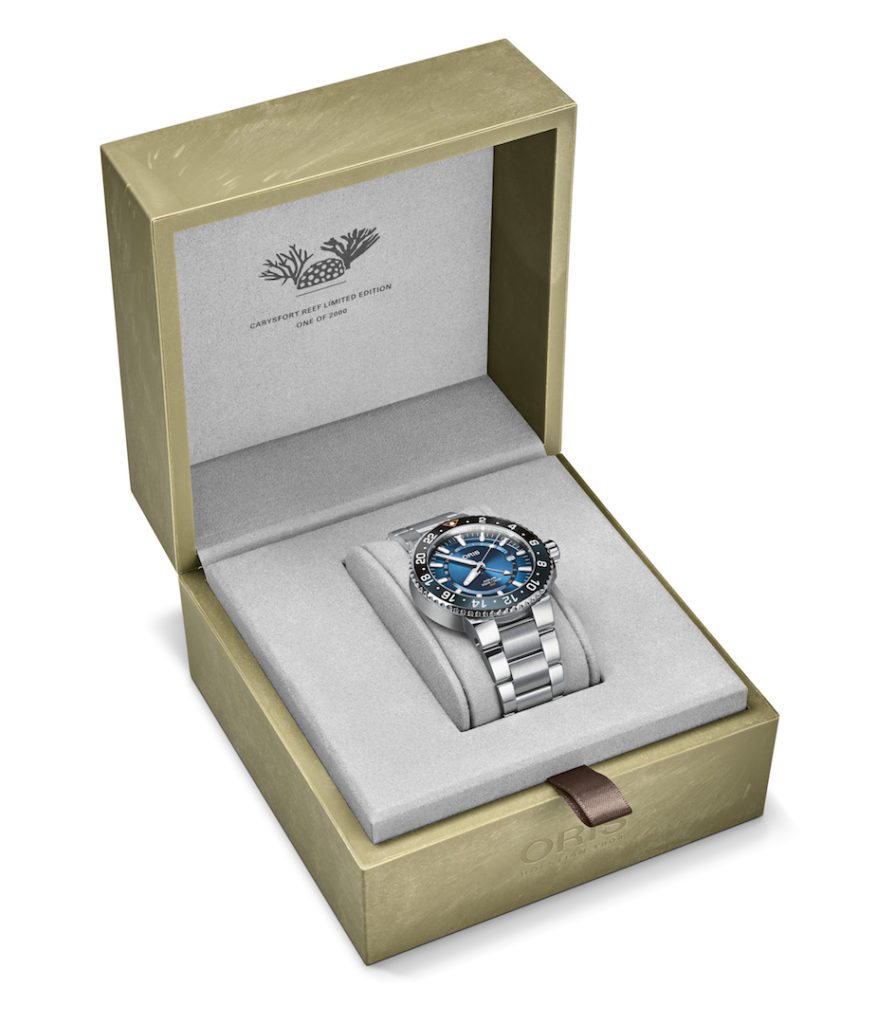