With the ninth edition of the Only Watch auction only weeks away, we’re reminding readers about the lineup of incredible watches set for auction at the biennial charity event.

This year more than fifty watchmakers have created timepieces for the charity auction, which commences Saturday, November 6, in Geneva. Christie’s will auction these incredible watches to raise funds that benefit research in the battle against Duchenne Muscular Dystrophy.

Note than some of our readers may be able to see all the Only Watch offering in person in the weeks just prior to the event.

The watches will tour the globe starting September 22 in Monaco, and can then be seen in exhibitions in Dubai (September 30 to October 3), Tokyo (October 8 to 10), Singapore (October 15 to 20), Hong Kong (October 25 to 27), Macau (October 28) and finally back in Geneva on November 4-6. Click here for details about the Only Watch world tour. 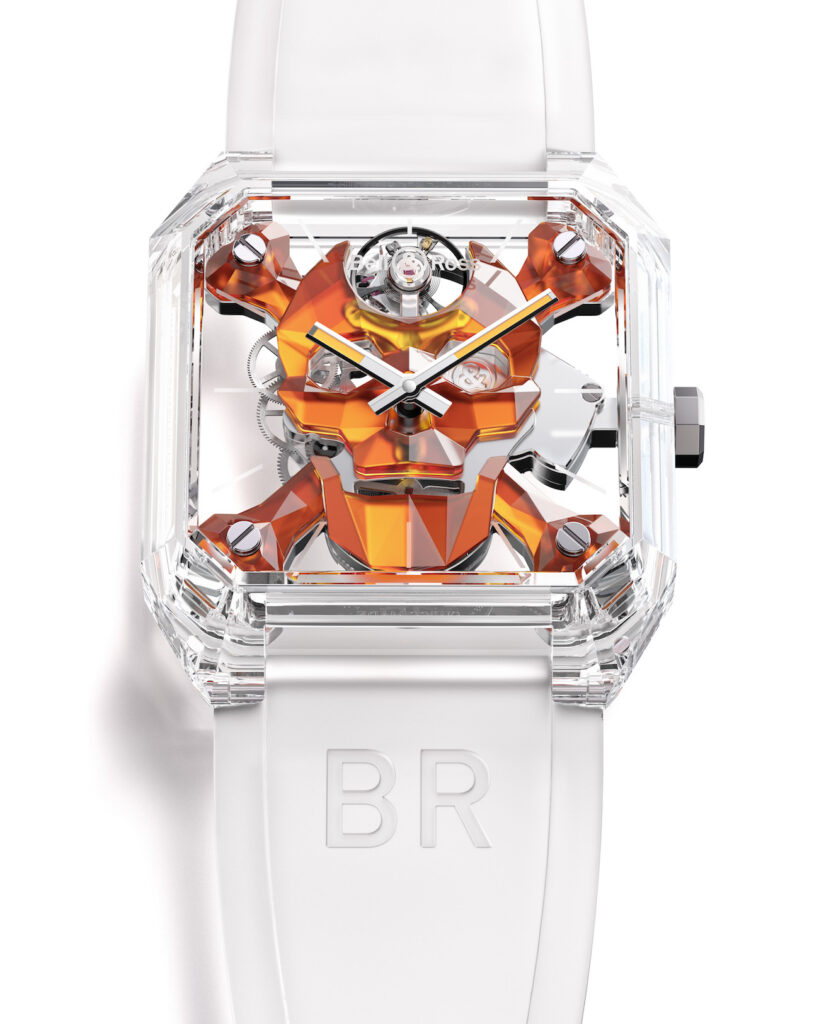 Today, we highlight the offering from Bell & Ross, which has devised this BR01 Cyber Skull Sapphire, an orange-tinged, all-sapphire example of a series of Skull watches Bell & Ross has offered in recent years.

Bell & Ross machined the sapphire case from three blocks of sapphire and created the skull itself from six blocks of sapphire. The Skull dial was metalized on the back with the Only Watch orange color, a hue that also happens to be one of the colors of choice to enhance legibility in airplane cockpits. The back of the watch also features a special engraving for Only Watch. 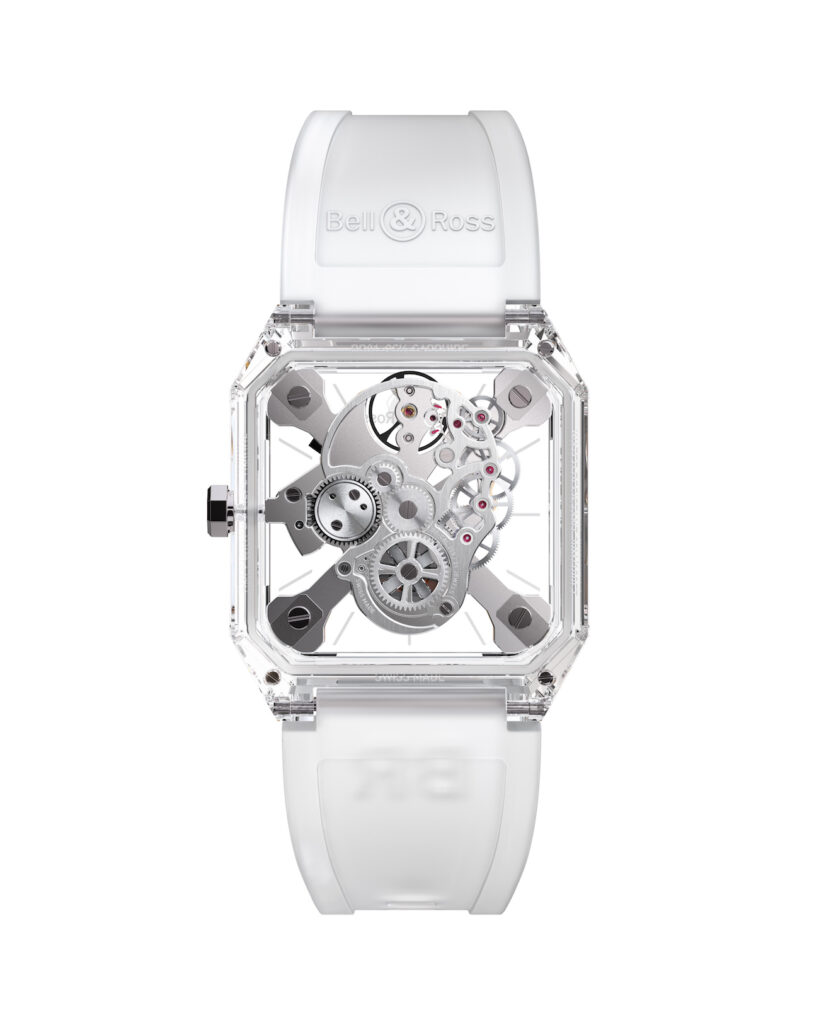 In addition to clearly impressive sapphire work here, Bell & Ross has added a fun technical feature that will likely bring grins to the wearer. The automaton movement activates the jaw, which opens and appears to snigger when the wearer winds the spring. 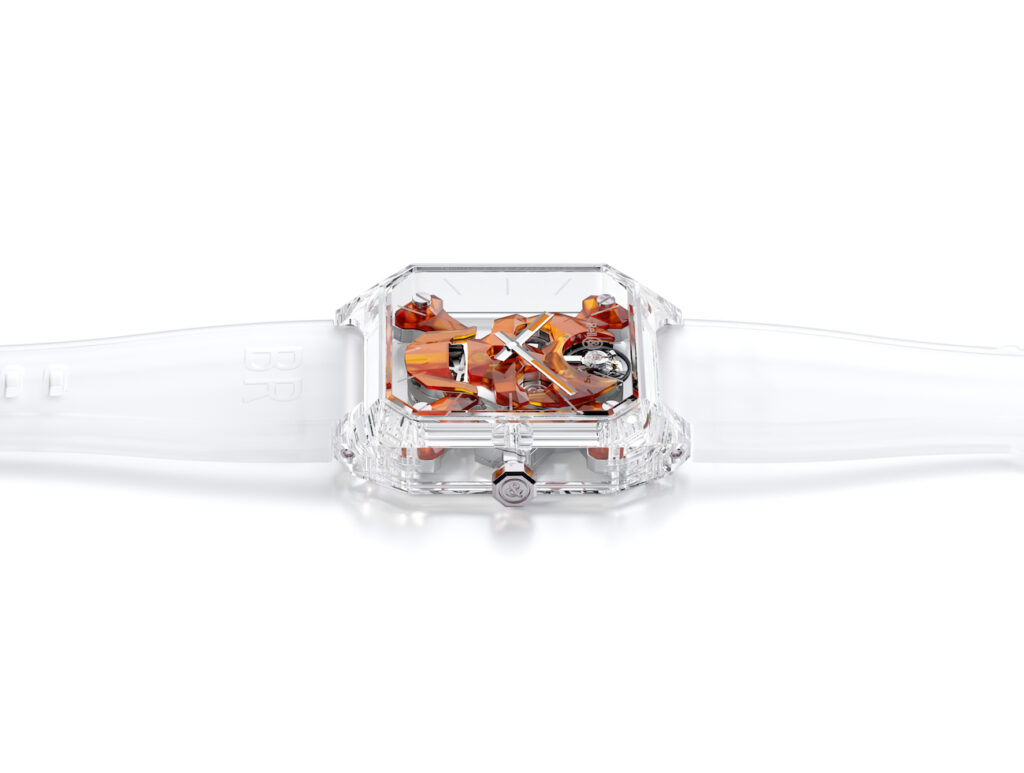