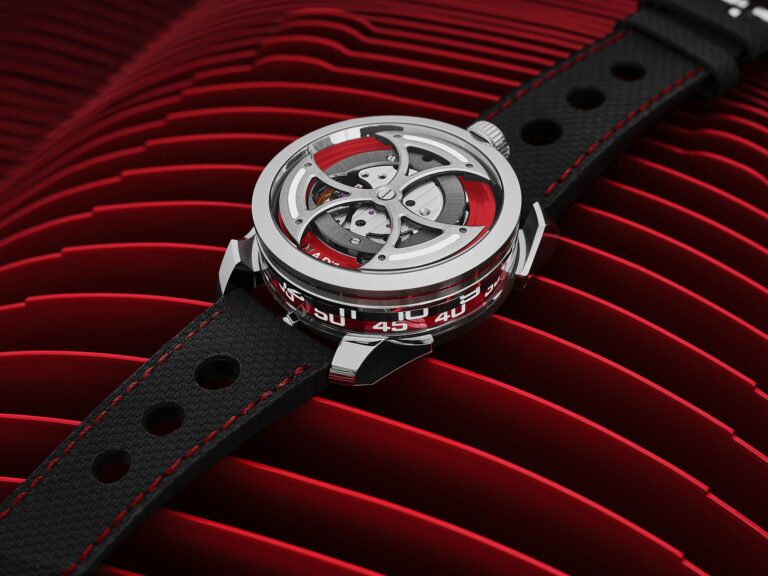 Like that first watch, the new model also displays time via two highly luminous rotating cylinders around its case. Just as eye-catching is the unidirectional titanium and tungsten triple-blade rotor spinning quickly atop the watch. MB&F makes all this happen by fitting and re-engineering the watch’s Miyota movement upside-down in the steel M.A.D. 1 Red case. 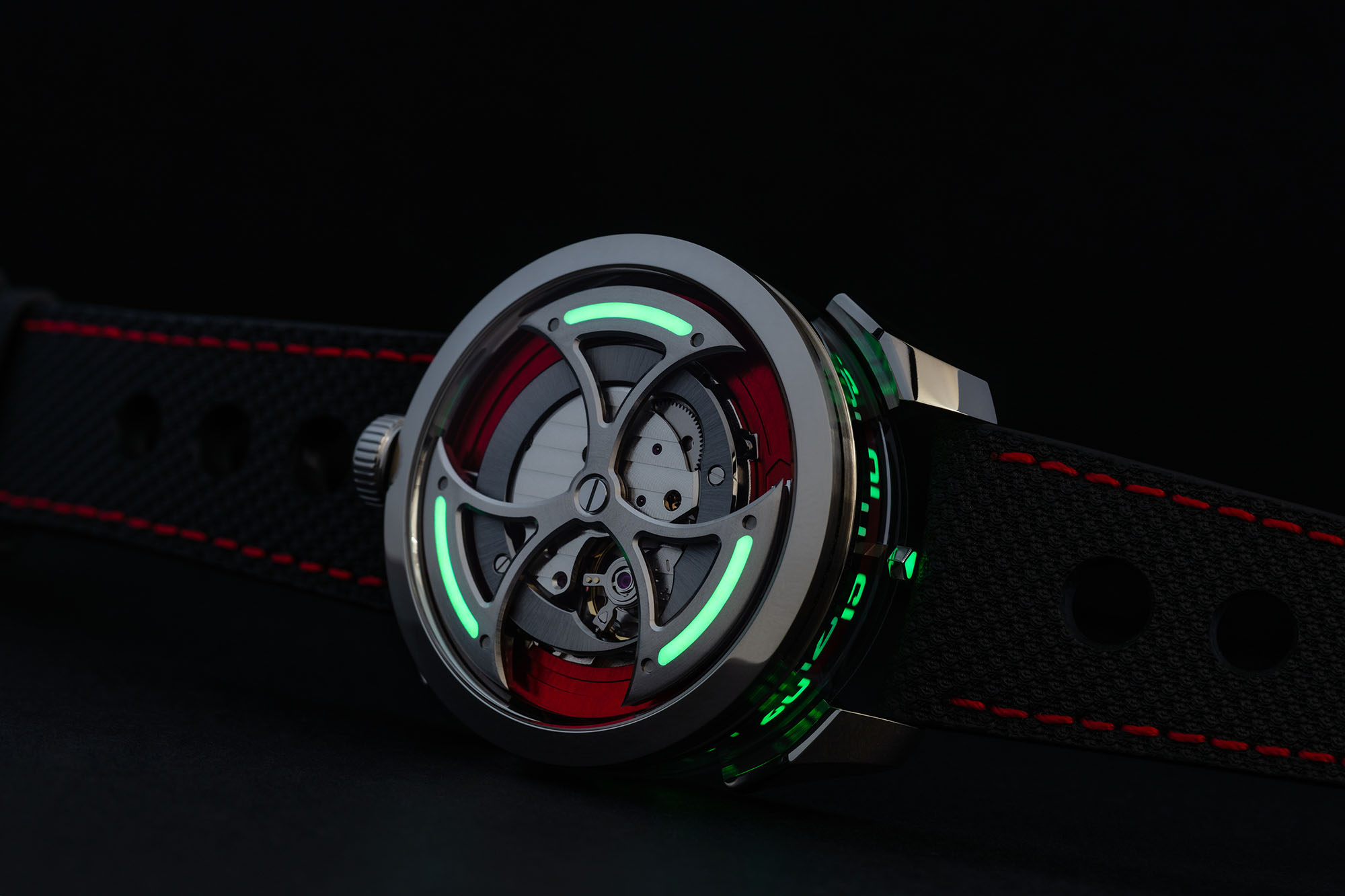 In addition to the new cherry red hue on this Red edition, MB&F has thinned the bezel and added a traditional winding crown (at 12 o’clock) to the watch. The crown on last year’s blue edition featured a folding protector that doubled as a winding aid.

MB&F is making these special editions under a new brand name, M.A.D. Editions, and has long-term plans for additional models. Collectors who have previously contacted MB&F about the earlier M.A.D. Edition watch, or who already own an MB&F watch (or are MB&F Friends) are first in line to purchase the new watch. 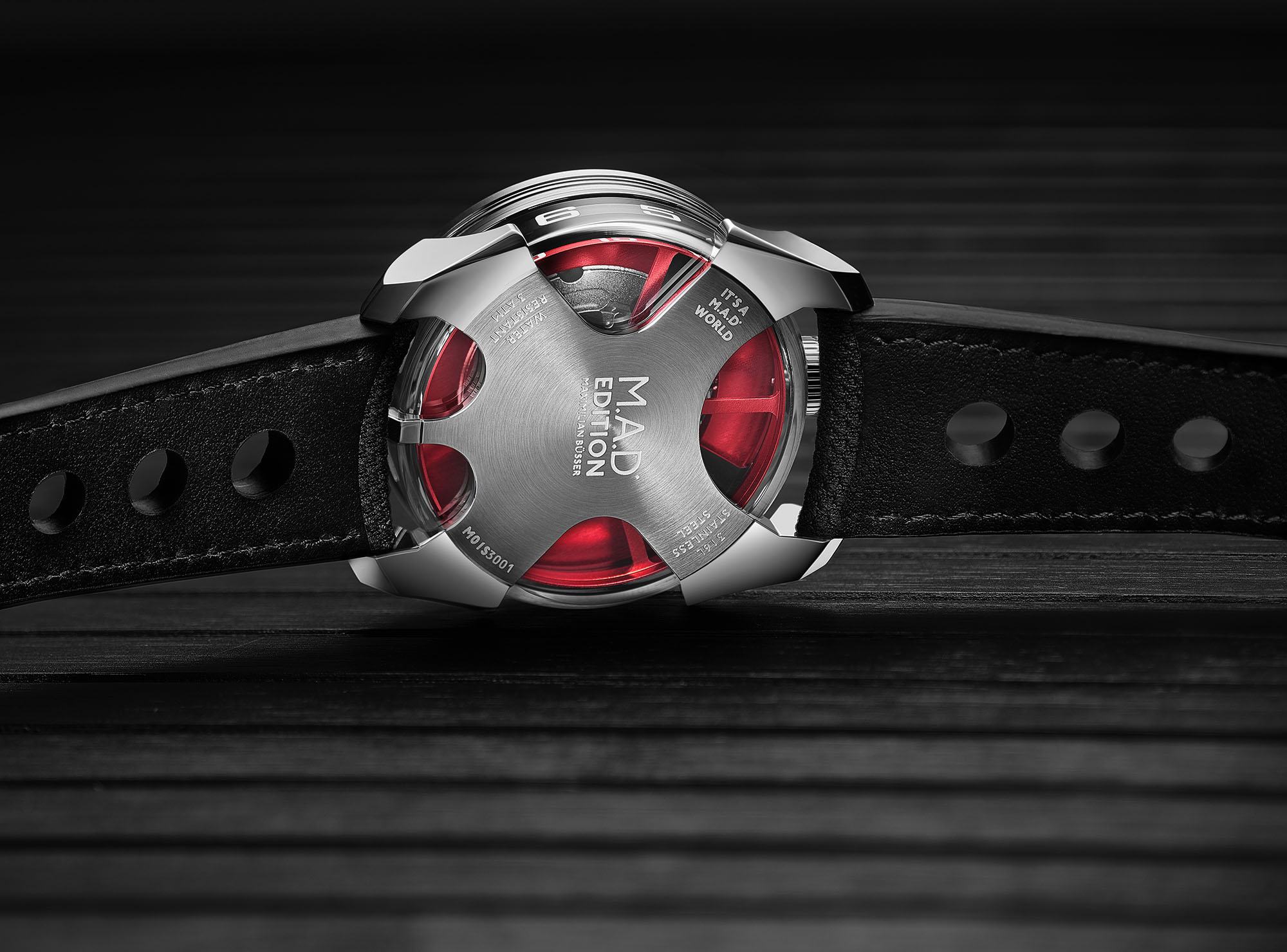 If you’re not among those categories, there’ still a path toward obtaining your own M.A.D 1 Red: MB&F is conducting a lottery for interested buyers.

“Once we have the confirmations of the priority orders, we’ll then take all the remaining M.A.D.1 Red pieces available, and allocate them thanks to a lottery, open to everyone,” explains MB&F founder Max Busser. 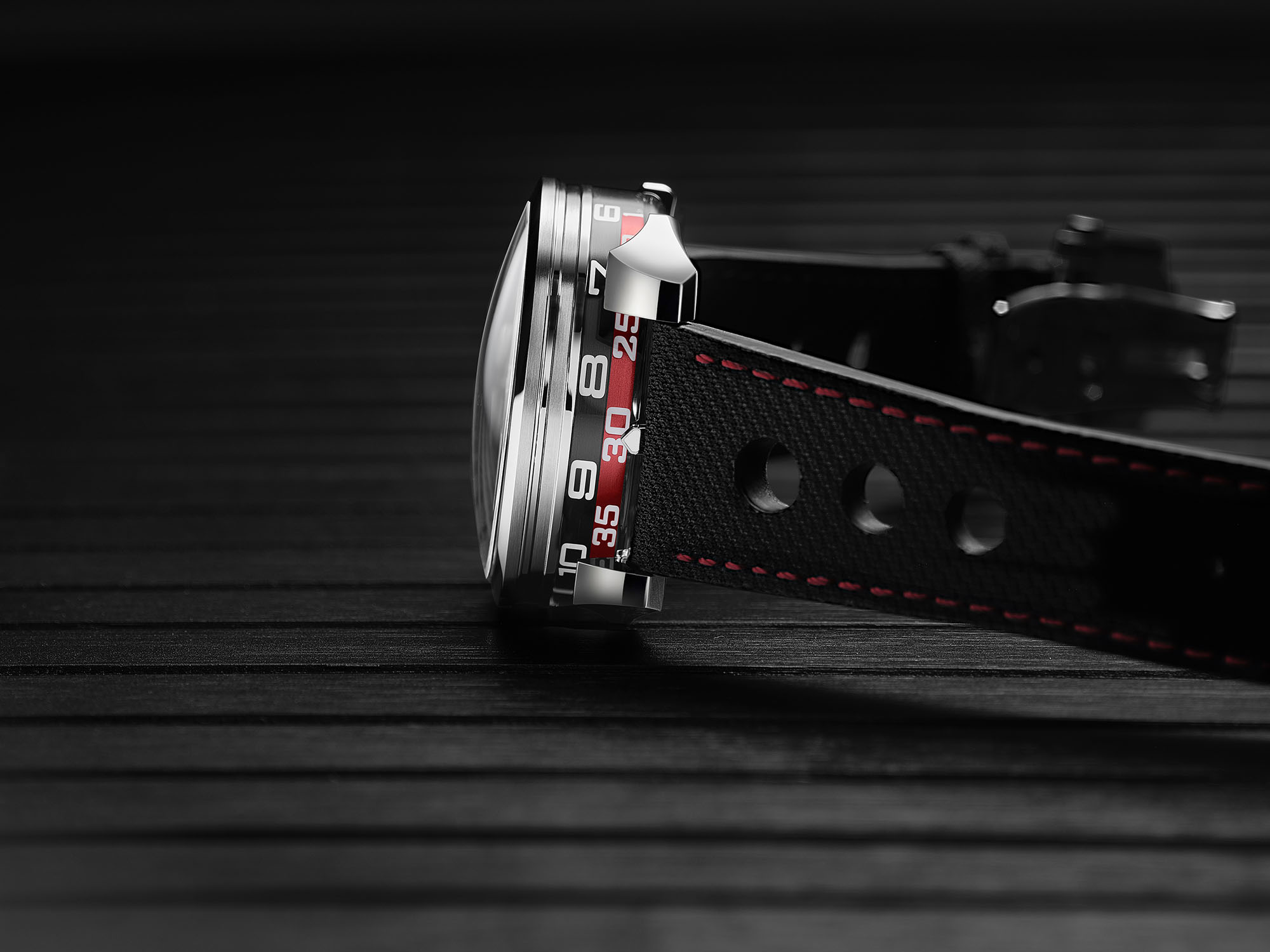 “If you’re interested in participating in the lottery, which is of course totally free of charge, please go to our eShop to obtain a lottery ticket – and relax, there’s no rush, you have the next two weeks to get a ticket. After two weeks we’ll then proceed with a random draw, and we’ll let you know whether the draw has been favorable to you – in which case you will be able to place your order.” 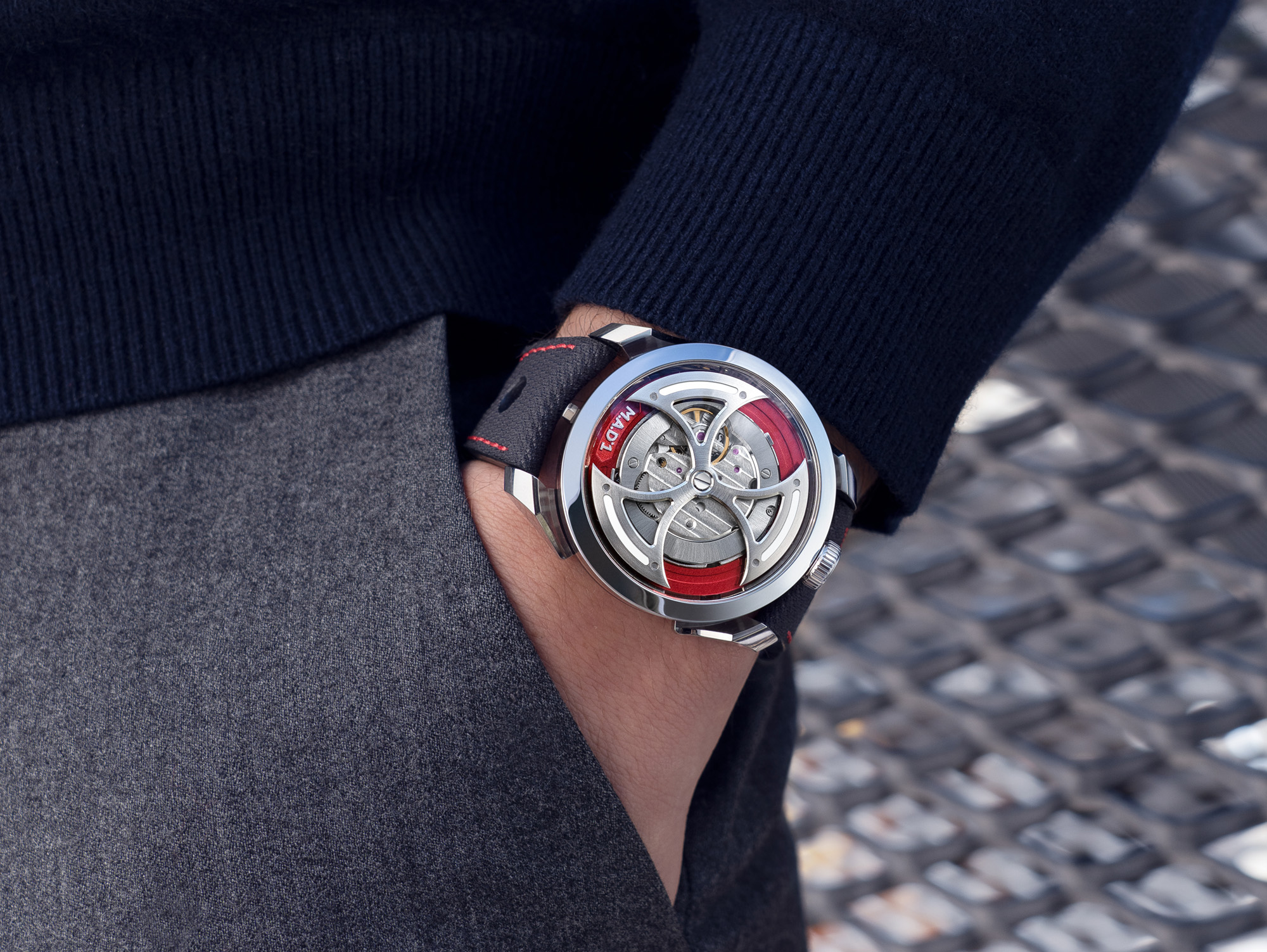 Deliveries of the M.A.D.1 Red commence in April and continue throughout the rest of this year. While the first deliveries will go to collectors who wrote to MB&F previously, MB&F expects to start delivering watches to the lottery winners between September and December.

For additional details see the MB&F eShop at: https://shop.madgallery.ch/ 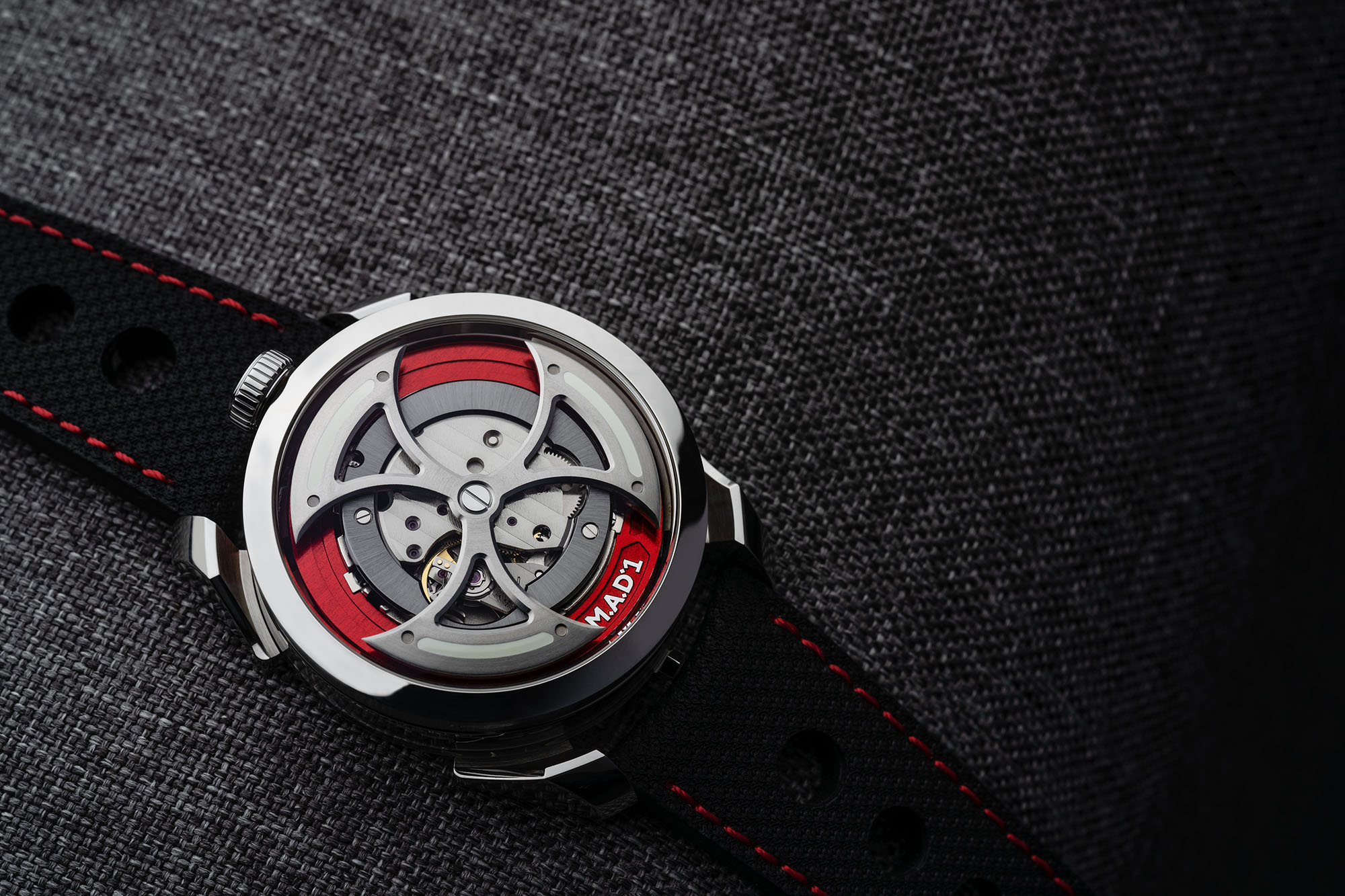