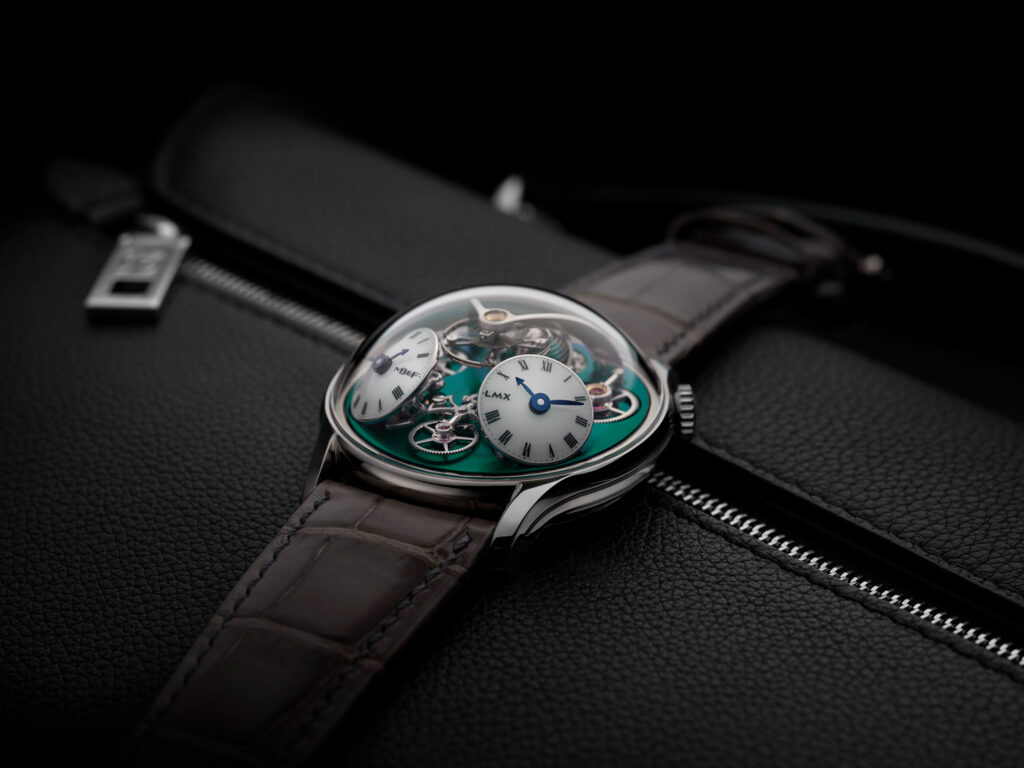 Like the first MB&F Legacy Machine, the new LMX also features two white lacquer dials displaying hours and minutes in two different time zones. But where those dials were flat on that first model, the two white dials on the new LMX are tilted at an angle, much like dials we’ve seen on the MB&F LM Flying T and LM Thunderdome. This meant MB&F needed to add conical gearing to the movement in order to transfer the energy from the horizontal movement to the tilted dials. 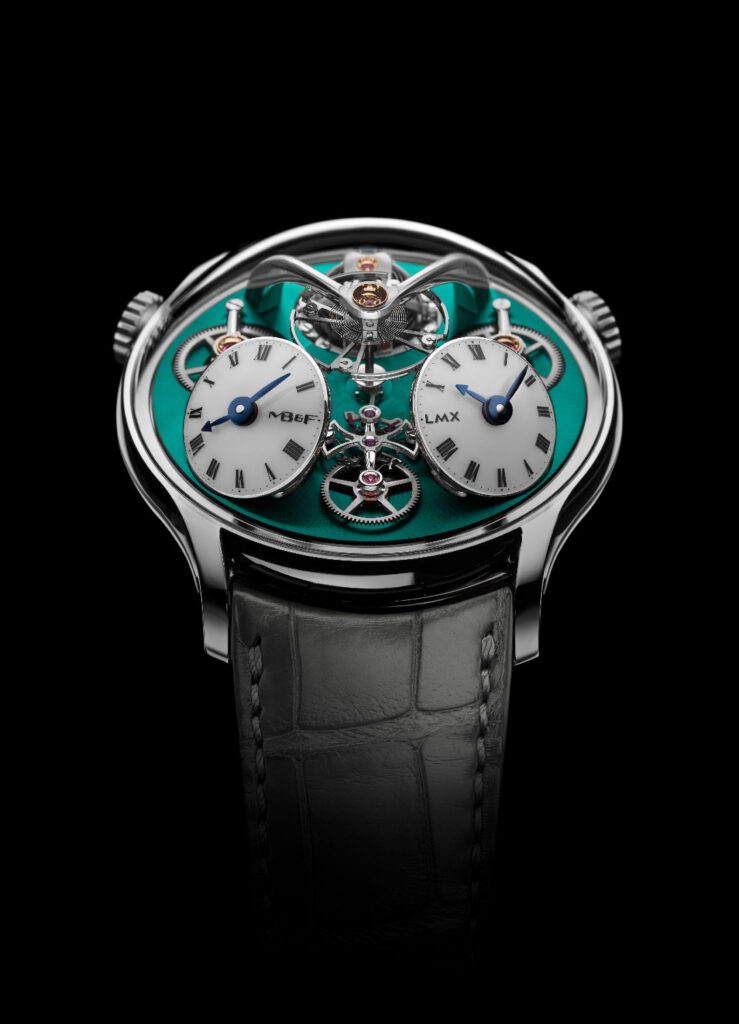 Where the first Legacy Machine featured a somewhat traditional dial plate, the new LMX shows off its battle-axe-shaped escapement bridge and components of the gear train. Specifically,  MB&F exposes three large wheels, namely the two gears that rotate when setting each dial, plus the gear at 6 o’clock, which is the common seconds wheel. 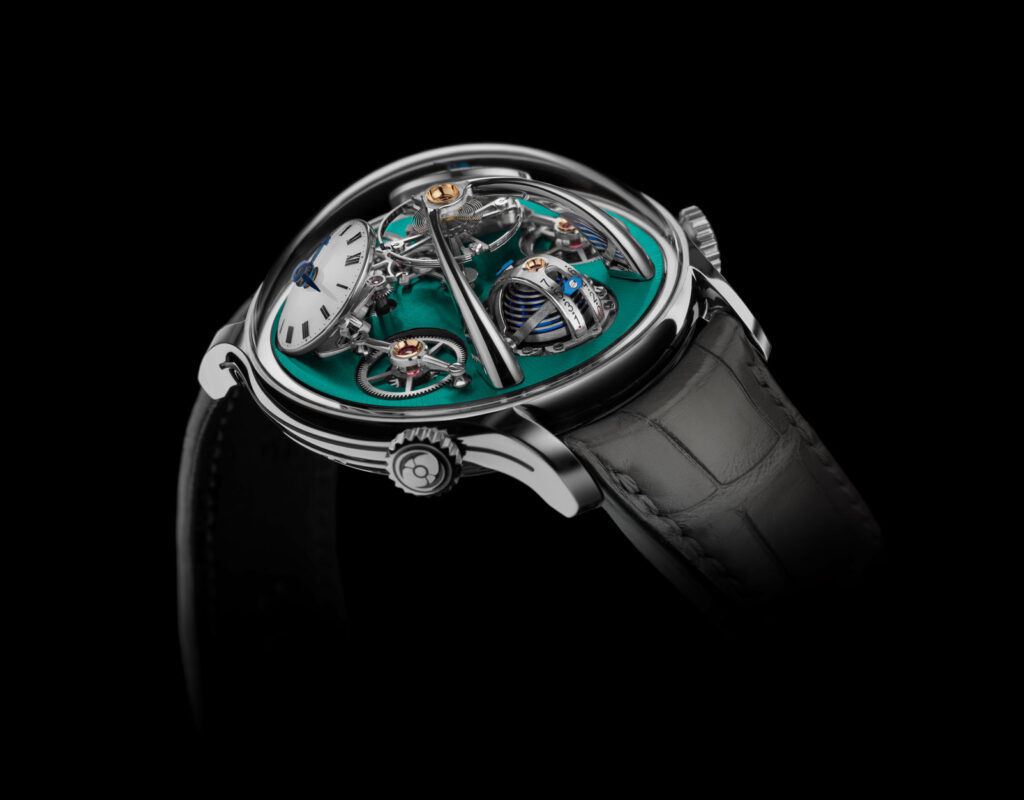 The wearer can select between two modes of counting down the power reserve. MB&F places two markers on opposite sides of the hemisphere. One features a scale numbered from one day to seven days, and the other scale shows the days of the week.

The new display, likely the first of its kind on a wristwatch, allows wearers to choose their preferred mode of power-reserve indication.

Finally, MB&F has built a new balance wheel for the LMX. The exposed balance, hanging from arched titanium bridges, is for many the primary characteristic of the first Legacy Machine and is repeated throughout the decade-long Legacy Machine lineage. MB&F has built a new balance wheel measuring 13.4mm in diameter with inertia blocks rather than more traditional screwed balances. MB&F explains that this choice “offers greater accuracy to the watchmaker in regulating the heart of LMX.” 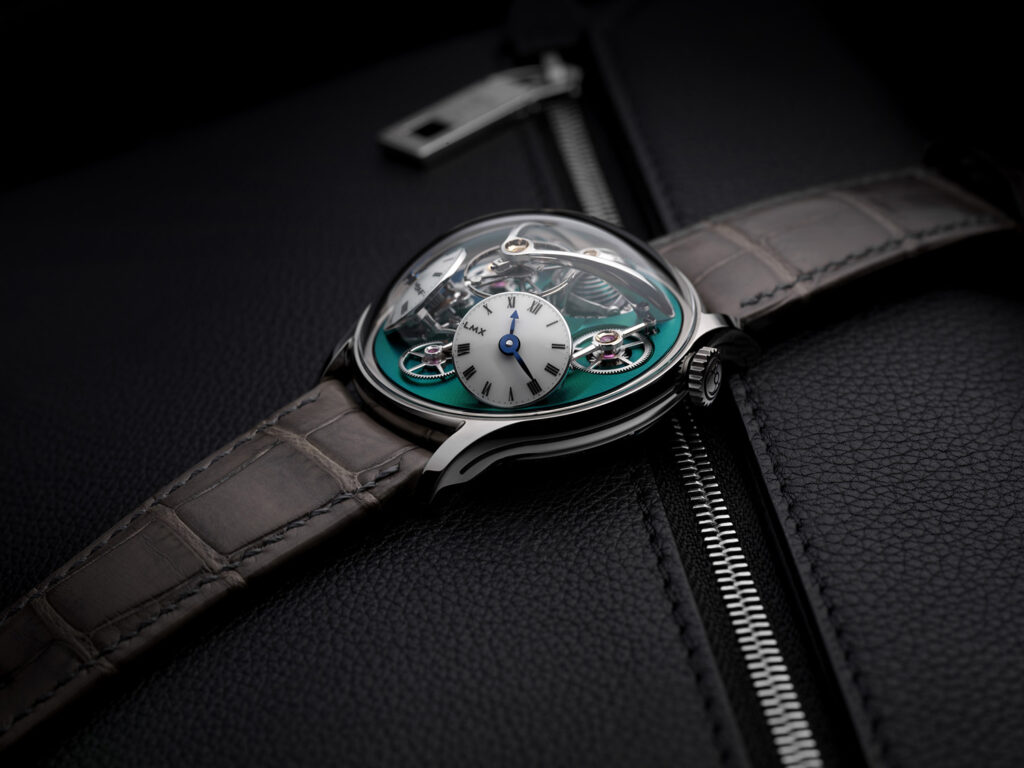 – Eighteen pieces in red gold with black NAC treatment on plates and bridges ($128,000);

– Thirty-three pieces in titanium with green CVD treatment on plates and bridges ($112,000). 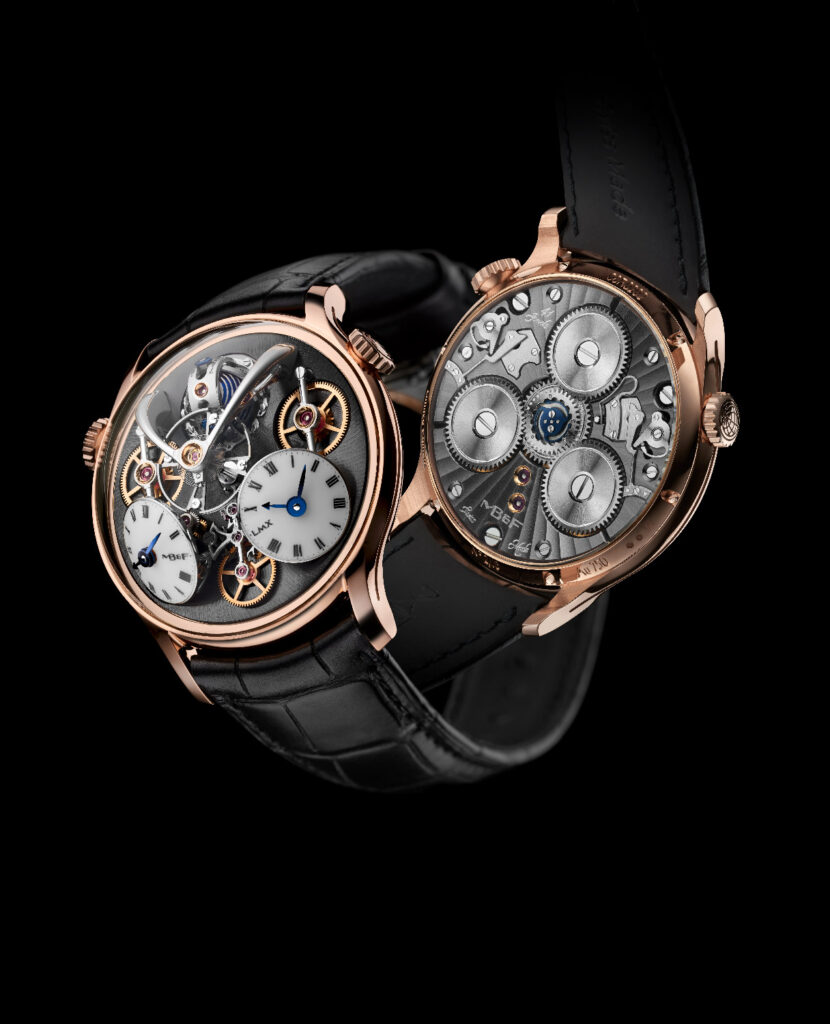